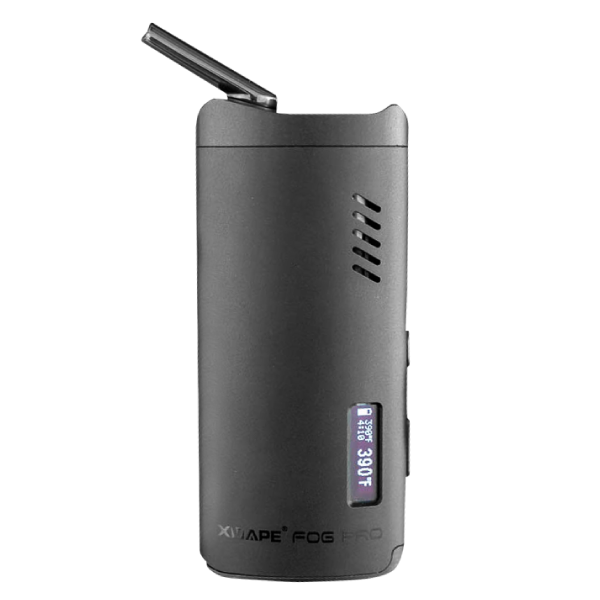 4.6 4.6/5
The XVape Fog Pro is an updated version of the original Fog (released 2018). It remains just as simple and straightforward as its predecessor. But with several new features like precise temperature settings, an OLED display, haptic feedback, and USB-C. Performance-wise the Fog Pro delivers consistently well-flavored vapor and boasts a quick heat-up time of 15 seconds.

Since XVape (visit homepage) was founded in Southern California in 2013, they’ve continually filled their product line with devices that are equal parts reliable, well-made, reasonably priced. They’ve also made the Vista mini e-nail (review), and the Aria (review), and the XMax Starry (review) dry herb vaporizers In 2018, they released the first version of the XVape Fog – a box style, portable device. The Fog features 5 pre-set temperatures, removable 18650 batteries, a zirconia mouthpiece, and a simple single-button interface.

XVape builds on the simplicity of the Fog and has updated the device as the XVape Fog Pro. It keeps an almost exact same look and feel, but is a little bit larger in size. Instead of LED light indicators on the Fog, the Fog Pro has an OLED screen to better see and control temperature. Other than aesthetic changes, the new Fog Pro also features a faster heat-up time, haptic feedback, precise temperature settings, and USB-C charging.

Both the XVape Fog and Fog Pro are compatible with dry herb and with dab and other solid concentrates. Although to get the best out of your dry herb vaporizer- I highly recommend having a separate wax pen. I tested the Fog Pro with THC herb from my local dispensary and CBD herb from In-Hemp.

The Fog Pro comes with a relatively basic kit – containing everything you need to get started.

The Fog Pro’s design is exactly the same as its predecessor- sleek, clean lines, minimal, and very simple. It’s not a flashy device by any means, and for good reason. The Fog Pro is meant to be stealthy and portable.

The XVape Fog Pro is 10.5cm tall, 4.35cm wide, and 2.5 cm deep. Making it about as tall as the Crafty+ (review), but not quite as wide. It hides in your palm and fits in any purse. The body of the device is still made from the same anodized aluminum material in a smooth matte black finish. For a little bit of flair, there’s a pretty cool contrasting (shiny) design located on the back lower half of the Fog Pro.

The entire device has a weighty, dense, and high-quality feel. Located on the front lower half of the device is the bright OLED screen which clearly displays the current temperature. This is definitely an improvement over the Fog which has LED light indicators for its 5 pre-set settings.

The Fog had a pretty simple single-button interface, but, since the Fog Pro has precise temperature settings, it has 3 buttons instead of just 1. All the tactile buttons are located on the side of the device and are ergonomically placed. Meaning you won’t have to fiddle around and easily know which button is which. The USB-C charging port is also located on the same side.

On the Fog, the mouthpiece/ cap was attached to the device body with a hinge. Hinges tend to wear out after some time. XVape has addressed that by securing the cap with magnets on the Fog Pro – making oven and mouthpiece cleaning, loading, and the overall everyday use much easier.

The Fog and Fog Pro both have swiveling zirconia mouthpieces. Zirconia (just like glass ) is a neutral material that keeps the vapor pure and ensures you taste all the flavors in your herb. It’s also 20x more durable than glass, making it a good material choice for a portable device mouthpiece. (and it can be tucked away when not in use)

To reduce that “thick milkshake” feeling, the mouthpiece opening has been made larger on the Fog Pro for a smoother draw.

One of the Fog and Fog Pro’s standout features is the fact that they both have removable batteries. While internal batteries are okay, being able to swap out a dead battery for a charged one is unbeatably convenient.

The Fog Pro is powered by a removable 3200mAH 18650 battery. One charge is good for roughly 6-8 sessions and charges via USB-C. USB-C charges much faster and delivers power at a much more consistent rate than micro-USB. The Fog Pro features pass-through charging, meaning you can use the device while it’s plugged in. You can also opt to buy a spare battery (buy on Amazon), so you’ll always have a charged one ready.

To use the Fog Pro, remove the mouthpiece cap from the device and load the chamber with the herb. The area around the is sloped down, making loading much easier.

Since the Fog Pro is a convection vaporizer, there’s no direct contact between the herb and a heating element. Instead, hot air is passed in and around the herb in order to vaporize it. I’d suggest a slightly loose pack to get the best flavor. There’s also a built-in stirring /packing tool at the bottom of the device for you to use.

The XVape Fog Pro has a temperature range of 212-428℉ (100-220℃) and takes 15 seconds to heat to the highest temperature. It’s 10 seconds faster than the Fog which had 5 pre-set temperature settings. The Fog Pro also vibrates lightly when the desired temperature has been reached.

I started my session at 370℉ and got some really good flavorful vapor on the first couple of draws. But slowly decided to raise the temperature to maximize extraction of the herb. When using the Fog Pro, I highly suggest that you stay in the sweet spot between 370°F to 390°F, since when I tried pushing towards 400°F, the resulting vapor began to get quite harsh and heavy.

For better and purer vapor, the Fog Pro’s vapor path has been upgraded and is now free of plastics or silicone. The vapor path is made from metal and ceramic which are neutral materials. Convection vaporizers are known for delivering flavor-forward vapor, and the Fog Pro is no different. The vapor was well-flavored and not too dense.

The Fog Pro and the Starry V3 are both made by XVape and have a somewhat similar set of features – such as precise temperature controls, a zirconia mouthpiece, and removable batteries. At $99, the Starry definitely surprised me with its performance relative to its price and small size. However, much like all smaller devices – the Starry does tend to get quite warm during a session and when used at high temperatures- becomes too hot to hold.

The XVape Fog Pro definitely classifies as a well-performing, reliable, everyday vaporizer. It’s easy to use, delivers well-flavored vapor, and is made with durable materials. There aren’t too many bells and whistles here, just a simple straightforward device.

It’s also relatively inexpensive at $139 (only $10 more than the Fog), making it an ideal device for someone who’s either getting their first device, or a spare one for regular use. But if you’re looking for something more powerful, or has more flexible features, I’d recommend looking at the DaVinci IQC (review) or check out our list of the best dry herb vaporizers of 2022. 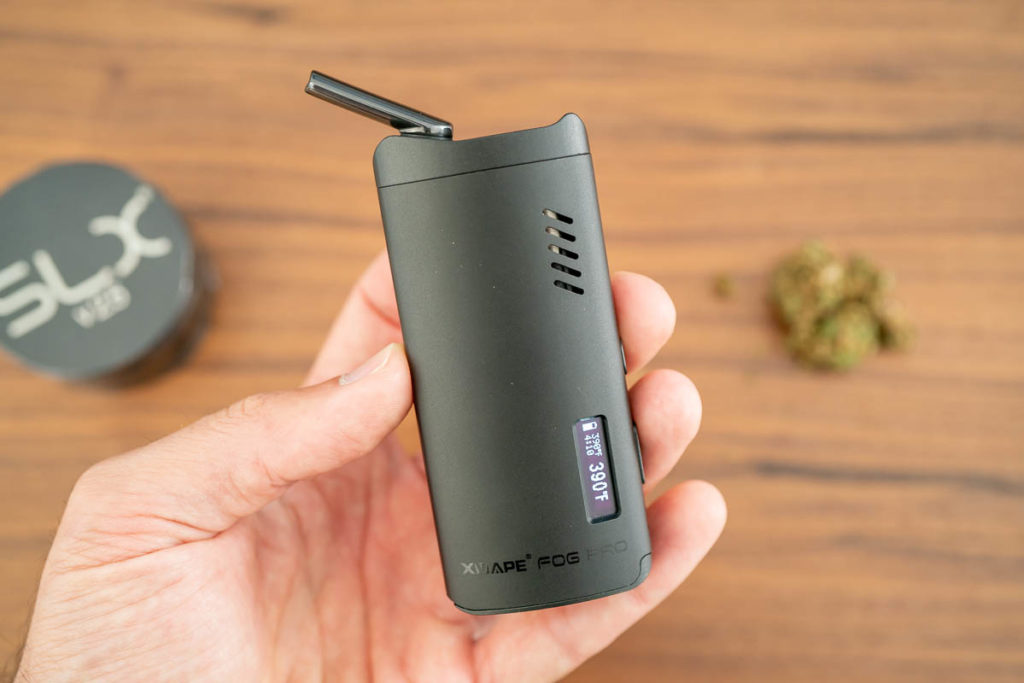 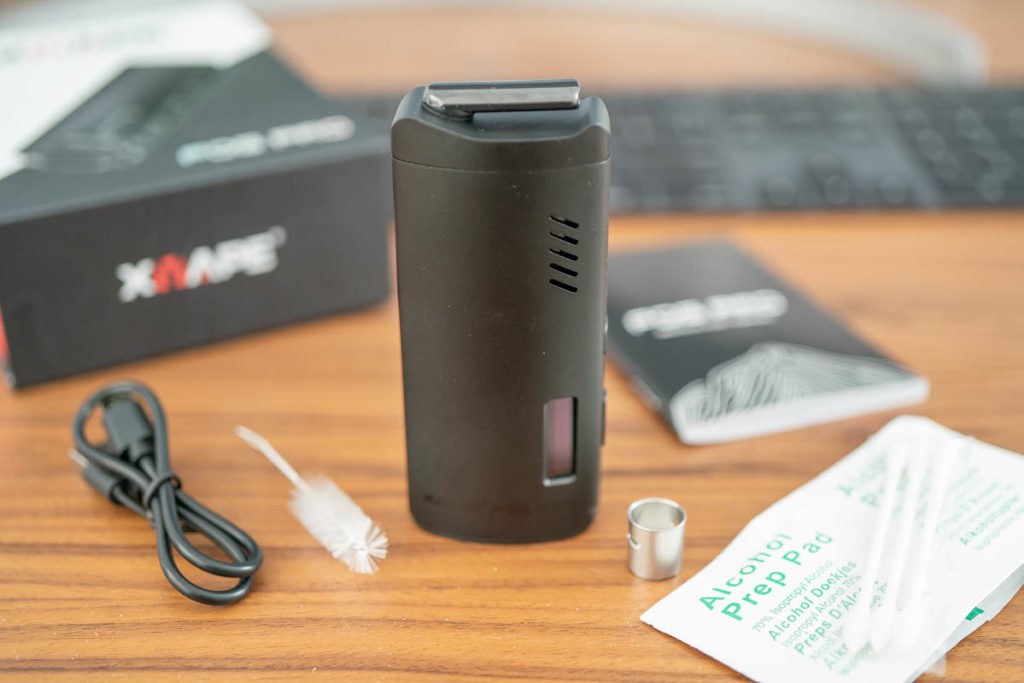 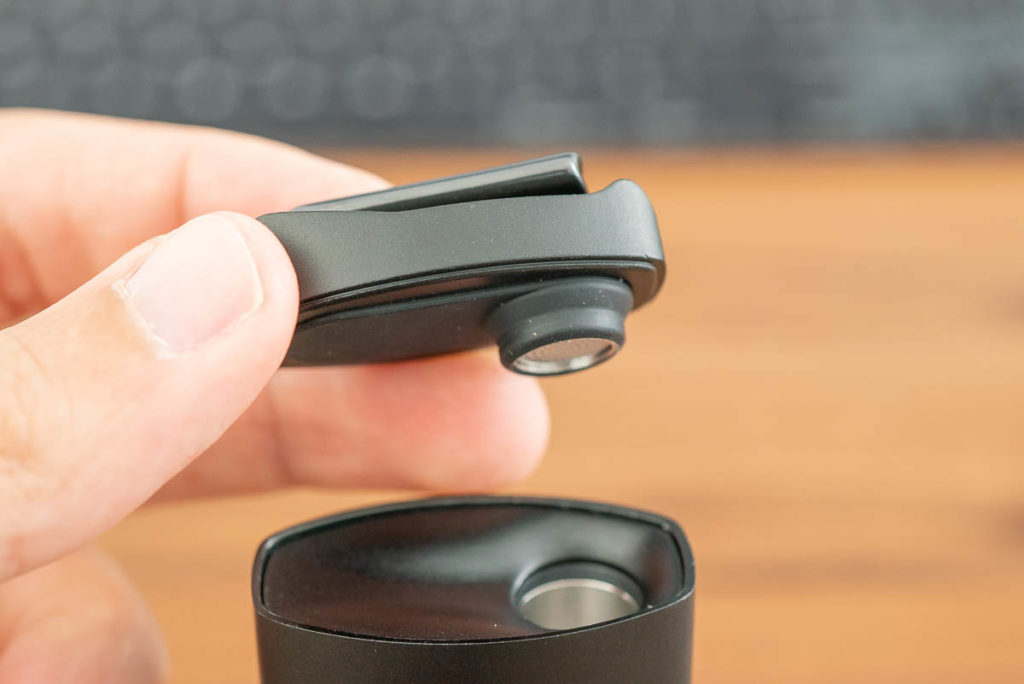 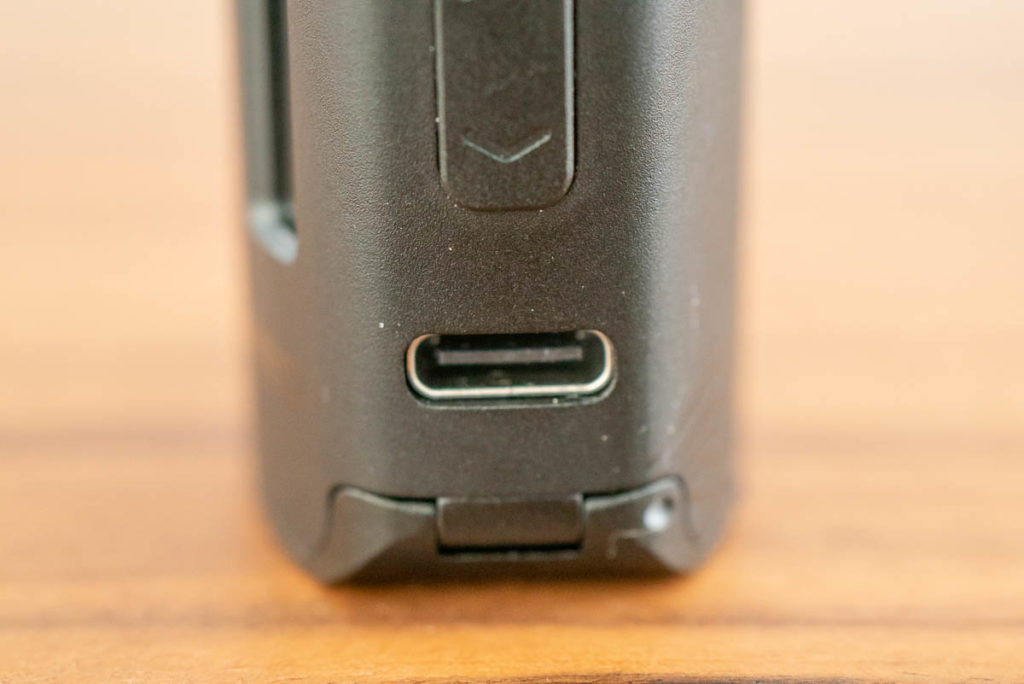 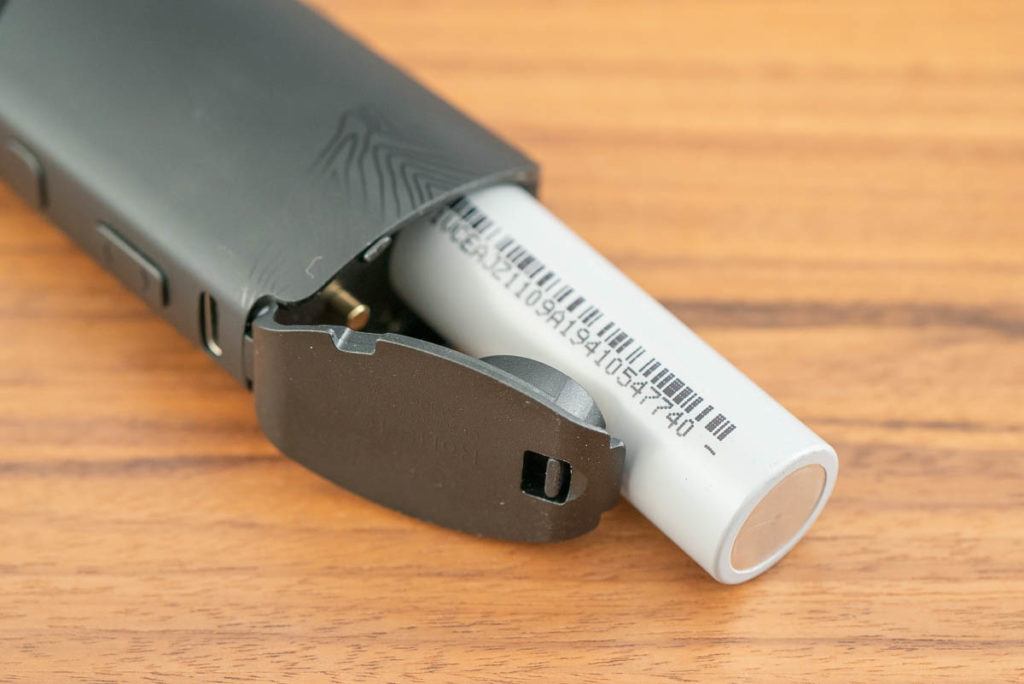 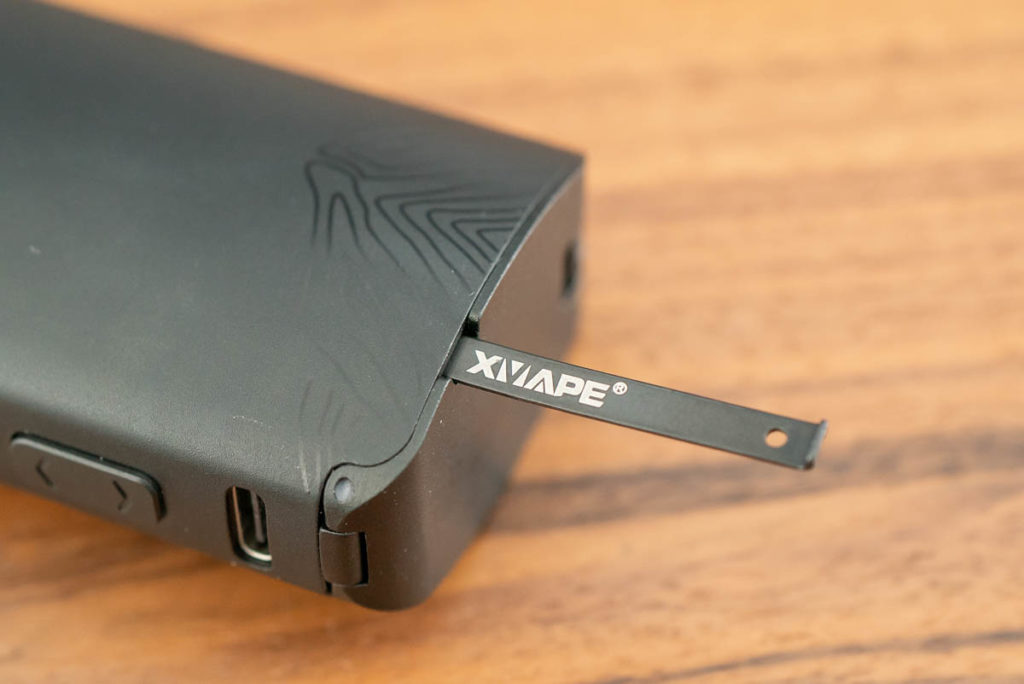 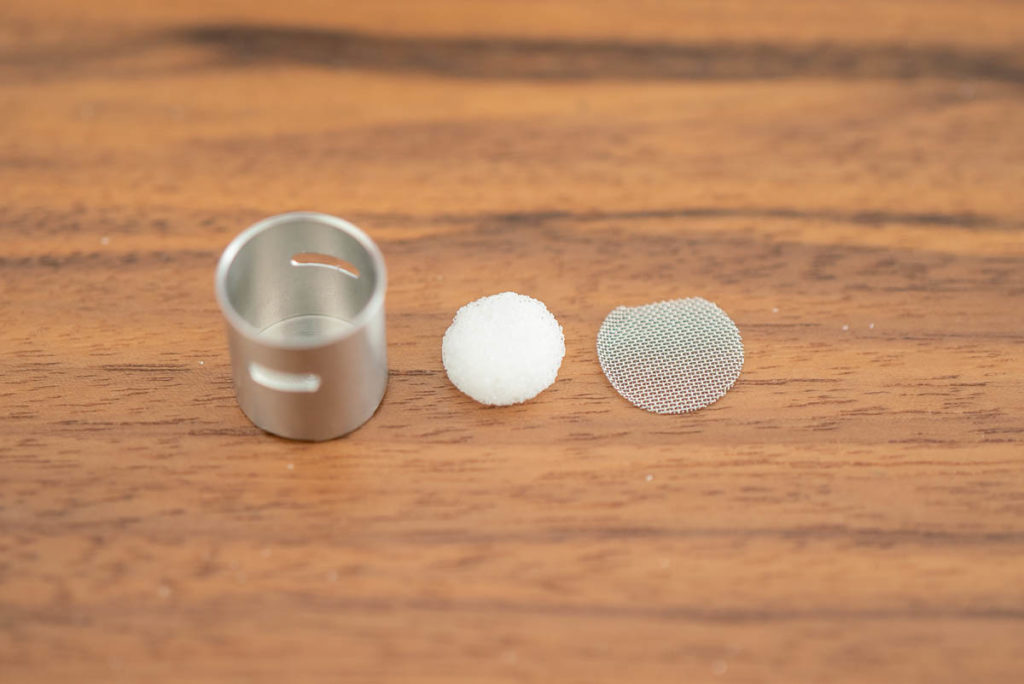 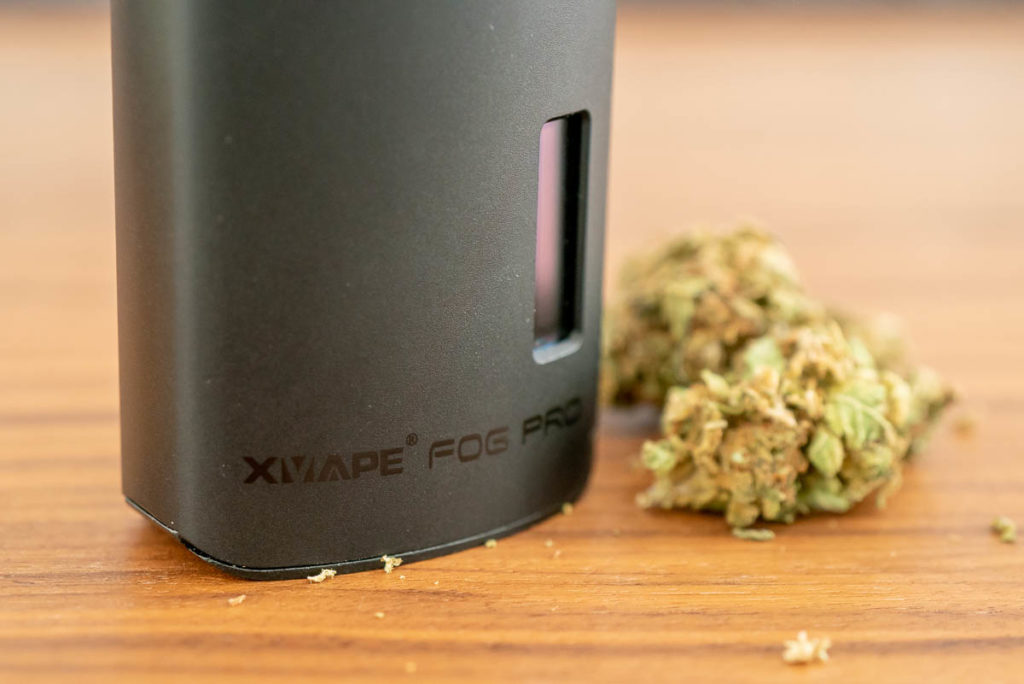 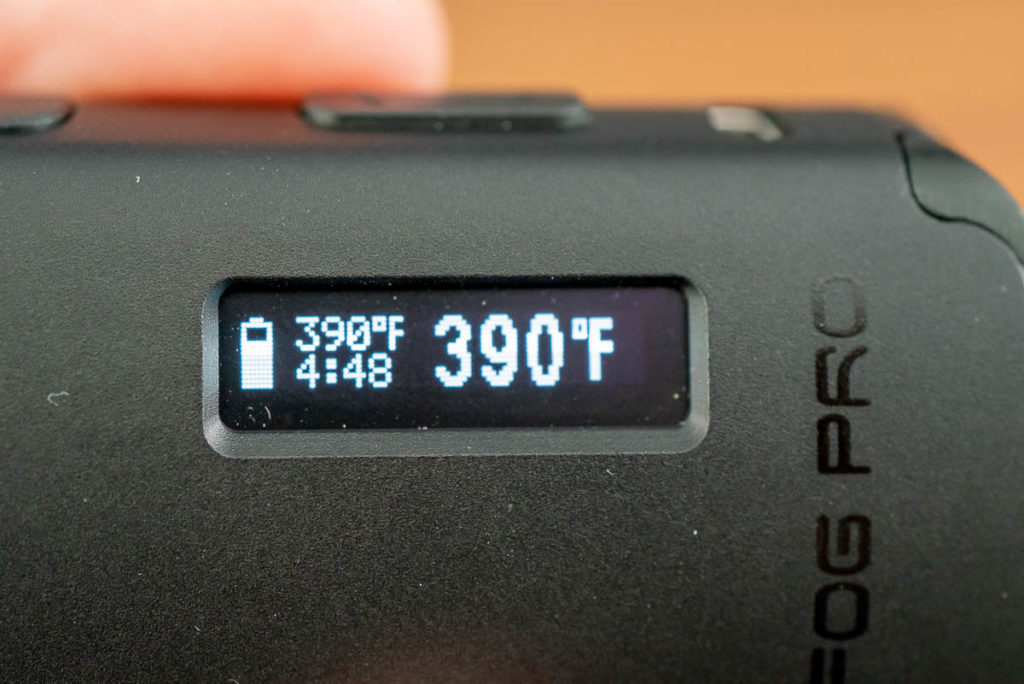 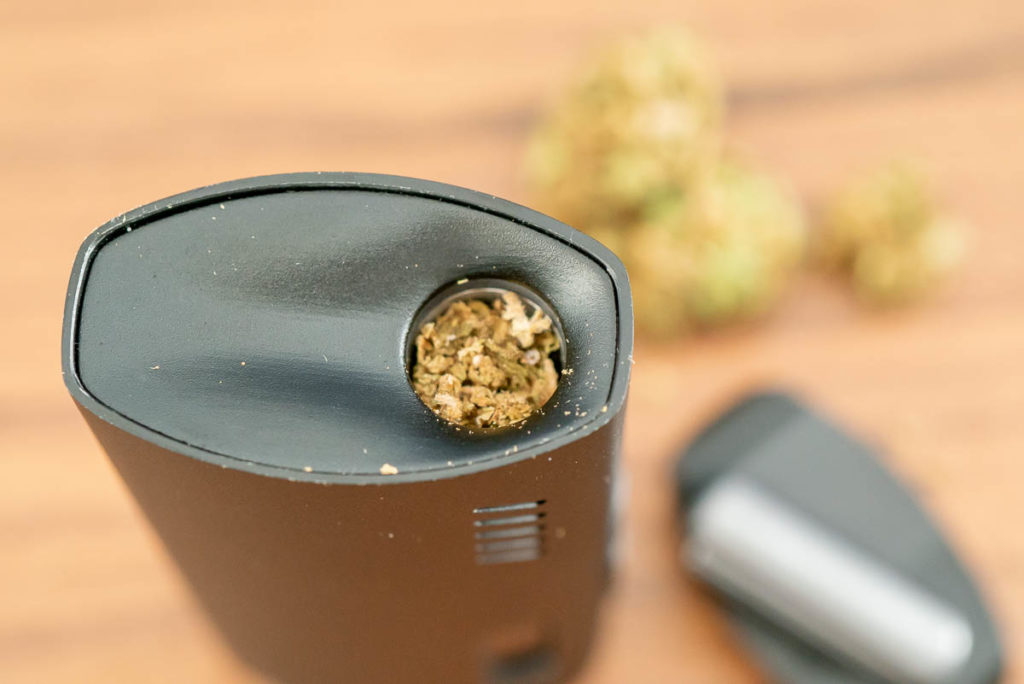 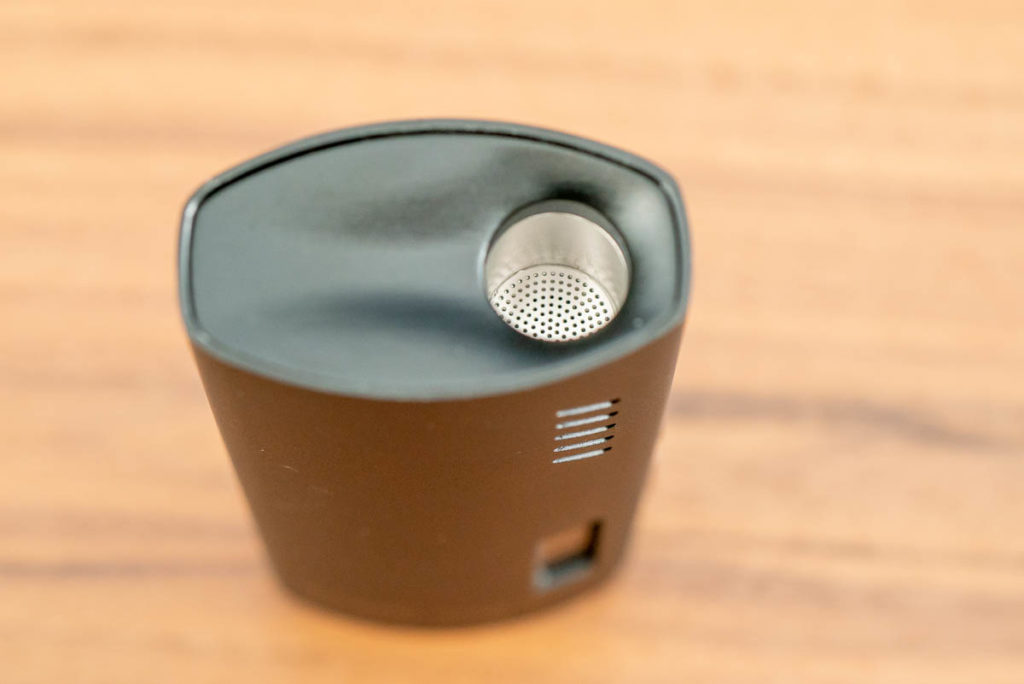 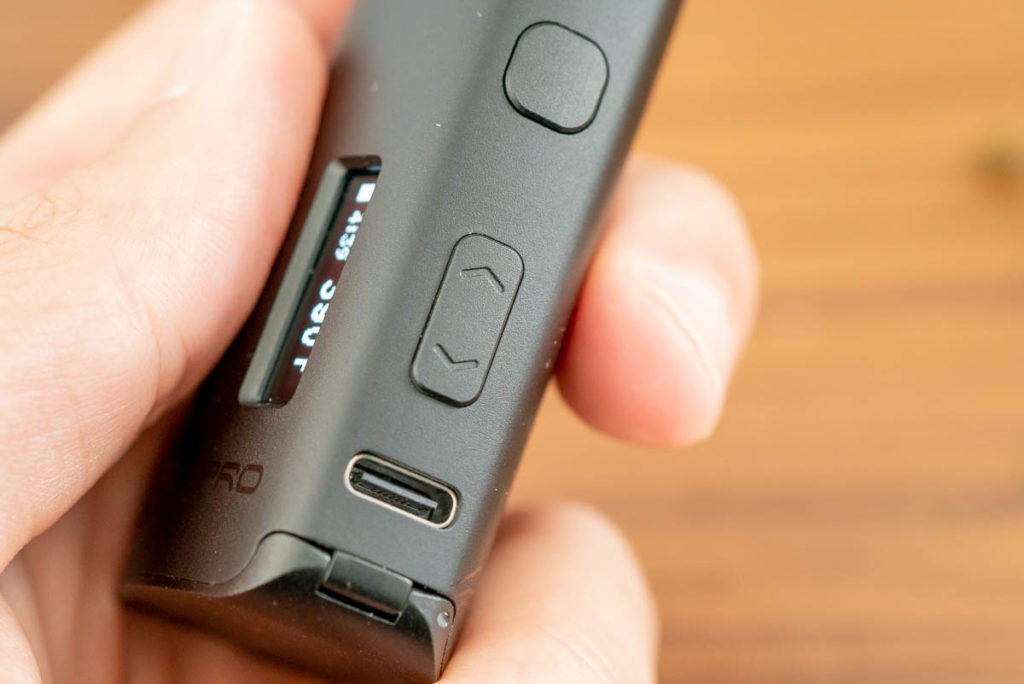