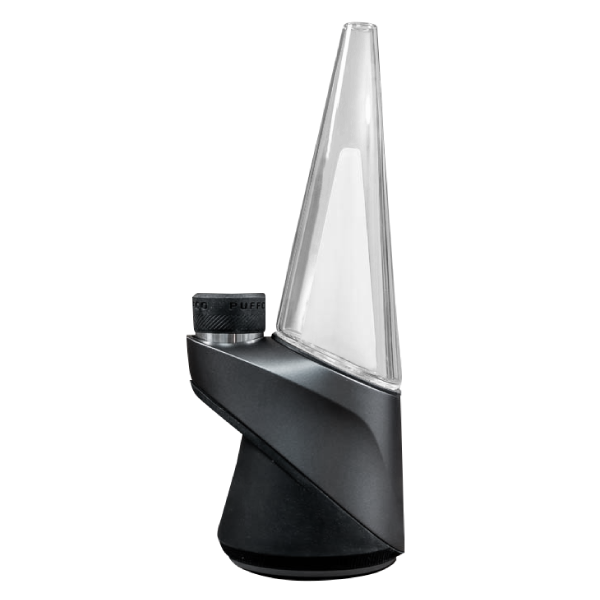 4.8 4.8/5
If you are still using an old school rig and torch, ditch it. The Peak Pro is the latest reason to do so. At $400, the Peak Pro one of the more expensive eRigs out there, but it is also one of the best. The real-time temp control keeps a precise temp at the bowl, a game-changer in terms of efficiency and vapor quality. The Pro can be used as a point-and-shoot device by a total beginner, but it's also powerful and smart enough to satisfy experienced users.

The original Peak was released in early 2018 and is considered a game-changer in the industry. The Peak Pro, released in November 2020, features the same general design but with significant upgrades: improved heating element, real-time temp control, and wireless charging.

In 2021, Puffco introduced an advanced 3D heating element, which has heating wire embedded in the walls of the chamber, creating a more even and efficient extraction. The 3D chamber is not included in the kit and can be purchased separately (visit store).

The Peak Pro is compatible with Dab, Wax, Honey, Shatter, or any other solid extracts. For this review, I’ve used the Peak with CBD dab from In-Hemp, which is available to ship anywhere in the US.

Where to buy the Peak Pro? Users are reporting significant delays when buying directly from Puffco, so I recommend buying from vape-smart. They ship quickly and have all the accessories in stock as well. The Peak Pro retails for $399, and coupon code TVG will give you a 10% discount.

2022 Update: Puffco just released the Puffco Proxy, which is a dry pipe out of the box but has an optional water bubbler available. Read my full Proxy review for more info, and I’ll also compare the Peak Pro and Proxy below.

The same coupon code TVG will save you 10% on the Proxy as well when buying from vape-smart.

The Peak Pro comes in a nice travel case that is made from firm foam, and I’d like to take just a sec and point a few things out-

First, the case snaps to close with magnets. Then, the bottom is cut in a way that it can stay open like a book, sturdy and balanced. Lastly, it has magnets under the hinge and can keep it opened and leveled, so it can be used as a small working area when prepping your stuff.

Sure, the case is not a big deal and doesn’t affect anything “vapor related,” but it’s clear right off the bat that a lot of thought and smart design went into this product. Ok, enough with the case, moving on.

The kit includes the Peak Pro, A loading tool, cotton swabs, silicone tether for the Carb cap, USB-C Charger, and the instruction manual.

Power Dock (Visit Store) – The Peak Pro is compatible with Qi wireless charging, and together with the Pro, Puffco also released a $120 wireless charger, which also has a built-in battery. So it can keep the Vape charged even when unplugged. Using the app, you can also configure the Peak Pro to turn on automatically and start heating up as soon as it is lifted from the charging dock.

This is a quick summary of the upgrades of the Peak Pro from the previous model. They are similar in weight and height and are both easy to use and maintain. The upgrades are:

The Peak Pro is made from three main components- the glass, the base, and the coil. The whole thing stands at 7″ tall and just under 3″ wide.

The glass cone now contains more volume, which means that it can fit more water and produce a smoother hit. It is made of highly heat resistant and durable borosilicate glass

The base has a wide bottom, so it is remarkably stable. It now has a metallic finish vs. the shiny in the original Peak, which was a fingerprint magnet.

It has the Puffco logo in the back, together with a USB-C charging port, and the activation button is at the front under the coil.

It also has an LED ring at the bottom that communicates statuses and indicates the current temperature settings.

Most eRigs fire rapidly without a temperature sensor and just give the coil full power for the entire hit duration. This can heat the extracts above the desired temperature, and it just makes precise temperature control impossible.

The Peak pro makes micro-adjustments on the fly and keeps an accurate temperature in the bowl no matter how large your dab is or how hard you are hitting it.

The Pro has a new carb cap with a clear top, so the bowl is visible while vaping. It sits firmly on top of the oven and can be tethered using the included silicon piece.

Released in late 2021- the 3D Chamber is a new accessory designed to be used in lieu of the stock coil that comes with the device. It features a heat-sensing capability for the best temperature accuracy and heats evenly throughout all its sides and from the bottom of the ceramic cup. This 3D heating system means that the chamber stays hotter for longer, and heats up much faster – meaning that you don’t have to fire it up several times for a good hit.

It’s a game-changer in energy efficiency and battery life – requiring 30% less power for bigger dabs and so much more flavor. All this, on top of all the features already built into the device, make the Peak Pro one of the smartest dab rigs I’ve ever used.

Boost Mode: The Peak has a boost mode that can be activated by a double-tap that will extend the session’s duration and bump the temperature.

Stealth Mode: Clicking the button four times will enter Stealth mode, which will turn off all lights and indicators.

The Peak Pro has a smartphone app that can be easily connected. If you use an android phone, that is.

If you have an iPhone, which I do, the process involves a few steps where you have to download a Bluetooth browser and then connect to the Peak Pro.

Apple doesn’t allow vaping apps on the app store, so that’s the workaround to get the app on iOS. It was a pretty straightforward process tho and worked properly on the first try.

With the app, you can view device info such as battery level, bowl temperature, and there is even a dab counter to show how many dabs you did today or in total. Pretty cool.

You can also customize the heating profiles, change their name, set the temperature between 450F and 620F, set the duration between 15 seconds and 2 minutes, and change the LEDs’ color.

The app also allows to activate boost mode, ready mode, reduce the brightness of LEDs, and turn them off entirely with stealth mode. It also has a party mode with rainbow colors if you’re feeling trippy.

I definitely recommend everyone to install the app. It unlocks a bunch of cool features and functionality.

As far as performance, the Peak Pro is a beast. The real-time temp control is a true game-changer. The old Peak produced excellent tasting vapor, but the Peak Pro takes it to another level. The vapor is potent, and the flavor is super pure.

I was able to taste the different flavor notes and nuances on each of the extracts I tested it with. I used THC extracts, as well as CBD extracts by Steve’s Goods, which are now available to ship anywhere in the US, by the way.

For most users, I suggest sticking to the bottom two temp levels. These were the sweet spot between flavor and vapor production. Go above that, and you will get stronger hits, but be ready to sacrifice flavor and vapor quality.

If you are still using an old school rig and torch, ditch it. The Puffco Peak Pro is the latest and greatest reason to do so. At $400, the Peak Pro one of the more expensive eRigs out there, but it is also one of the best.

My favorite feature, by far, was the real-time temp control. It keeps a precise temp at the bowl, which is a game-changer in terms of efficiency and vapor quality. The extracts never “burn” or get overheated. So nothing goes to waste, plus you are getting the optimal flavor, consistently every time.

The Pro can be used as a point-and-shoot device by a total beginner, but it’s also powerful and smart enough to satisfy experienced users. The smartphone app is extensive and allows full customization of everything about the vape. The Peak Pro is portable dabbing at it’s best.

Is the Puffco Peak Pro is the best Dab eRig of 2021? The Peak Pro has been released in November 2020. It features the same general design and function but has significant upgrades, such as an improved heating element and wireless charging. It is compatible with Dab, Wax, Honey, Shatter, or any other solid extracts. 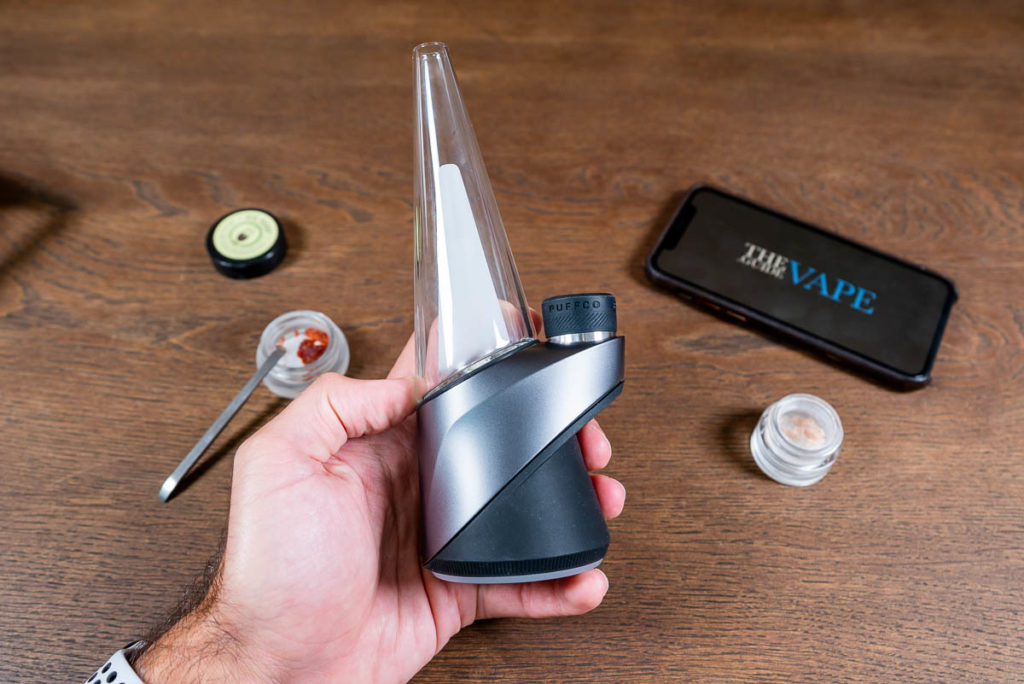 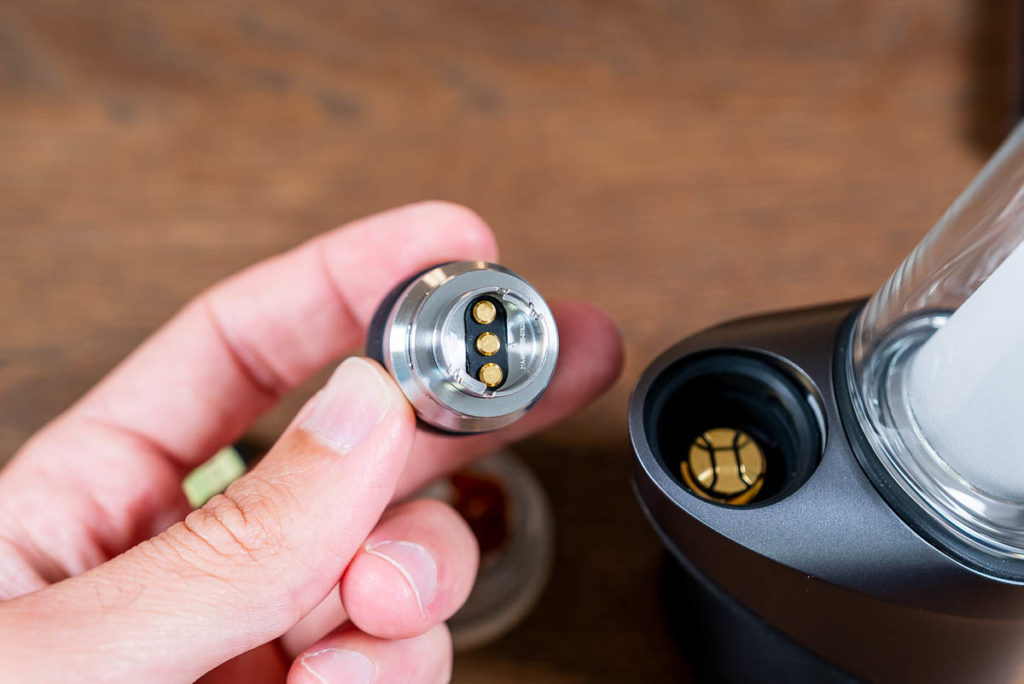 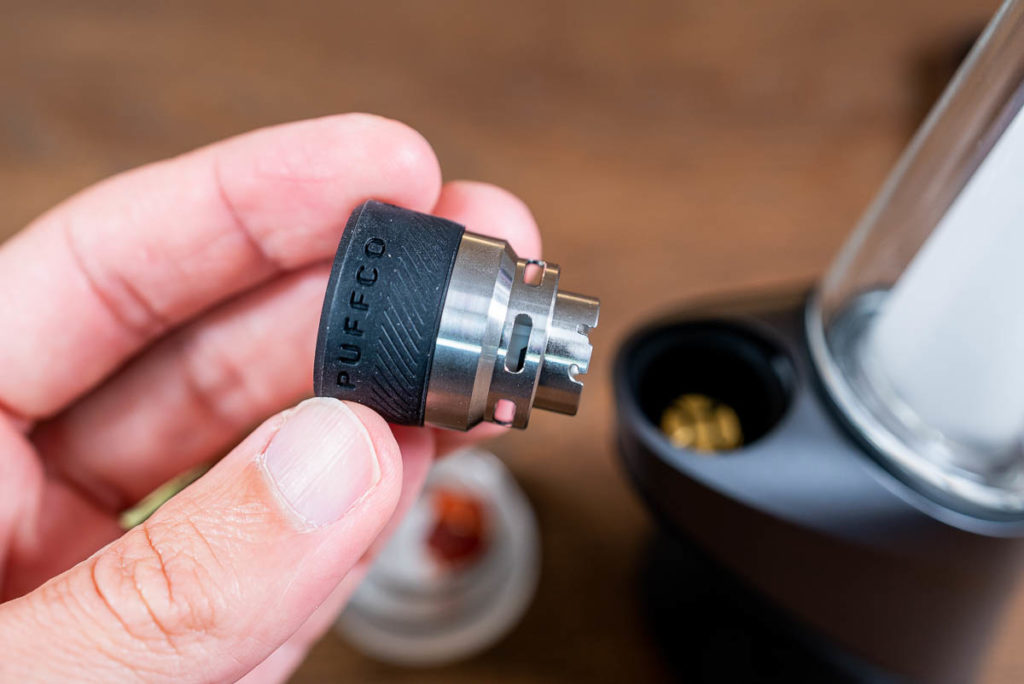 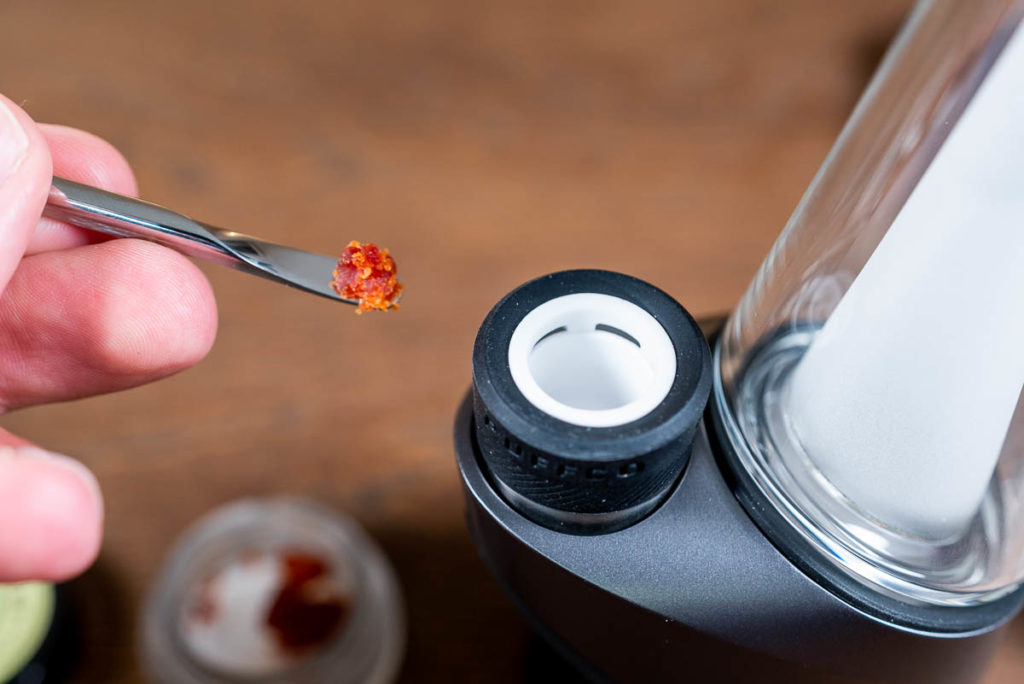 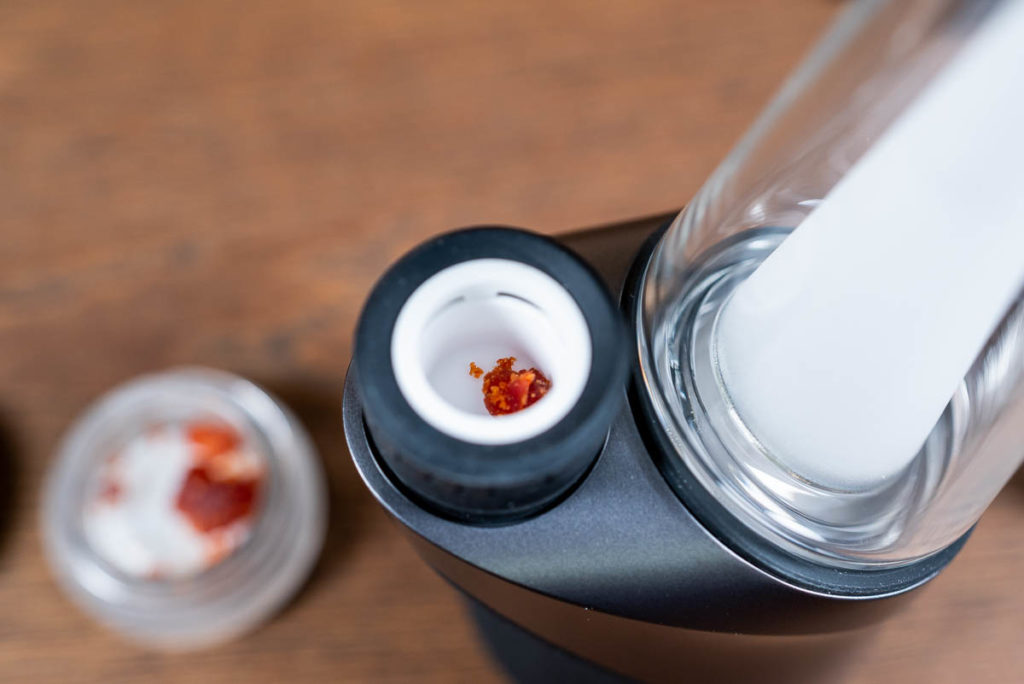 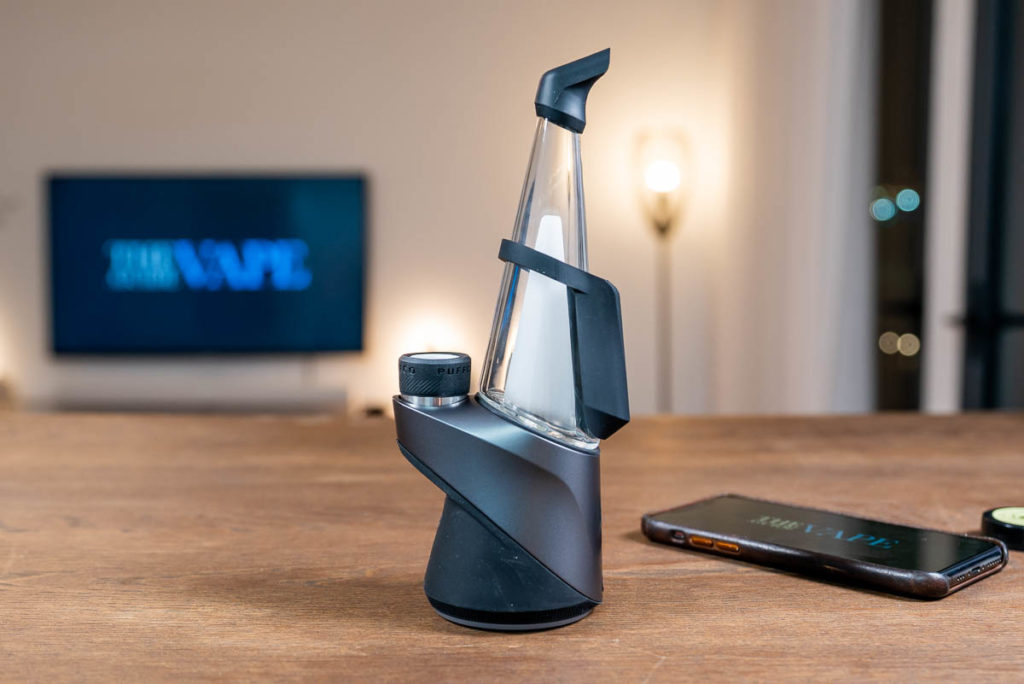 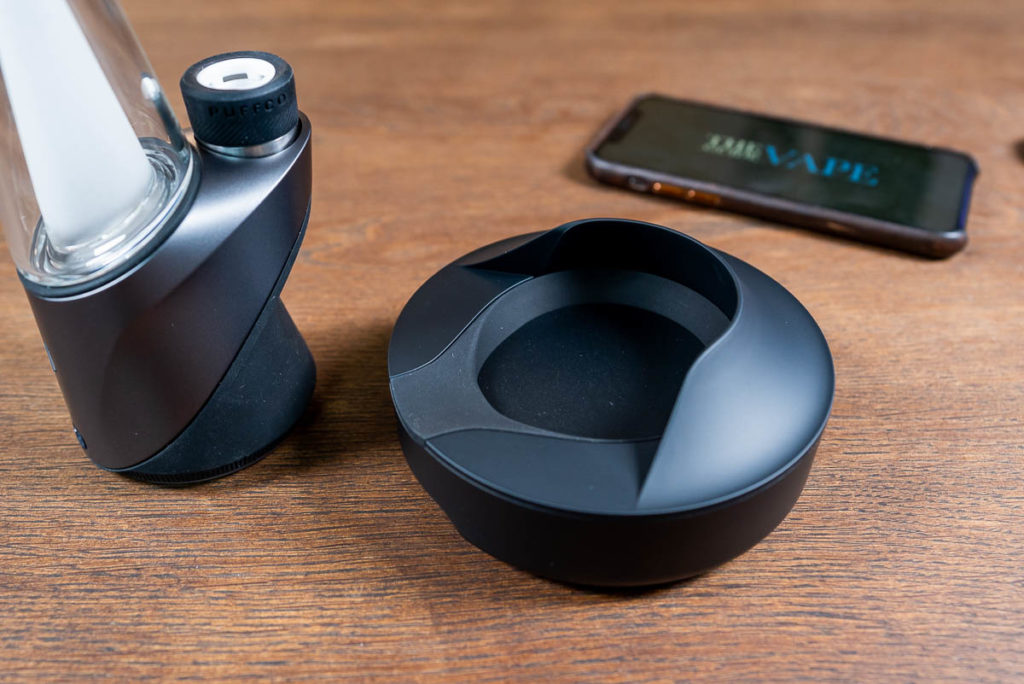 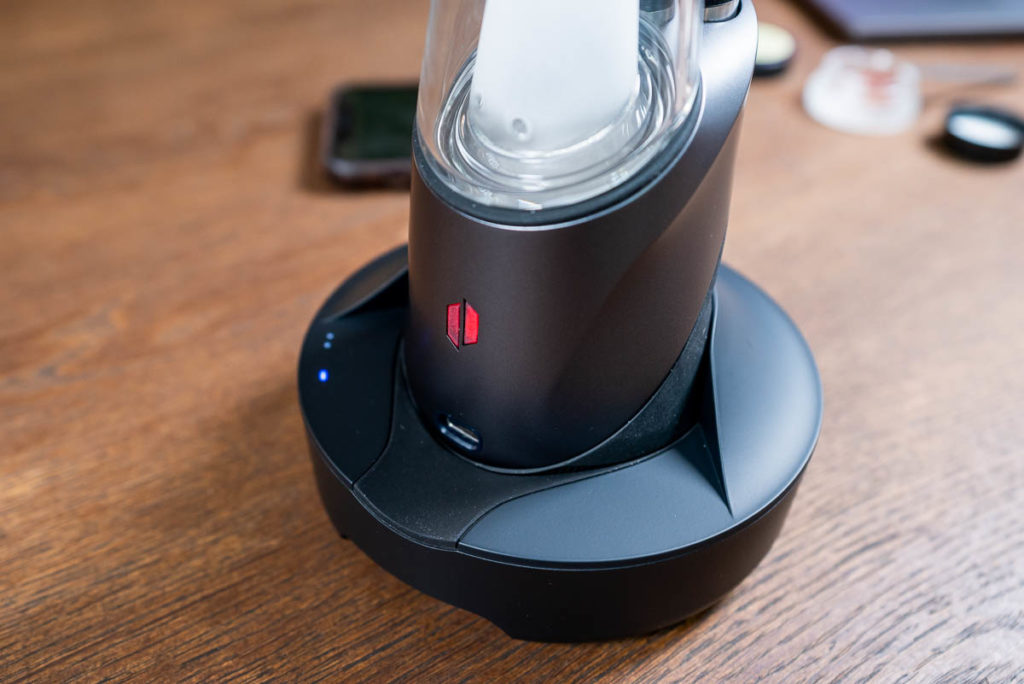 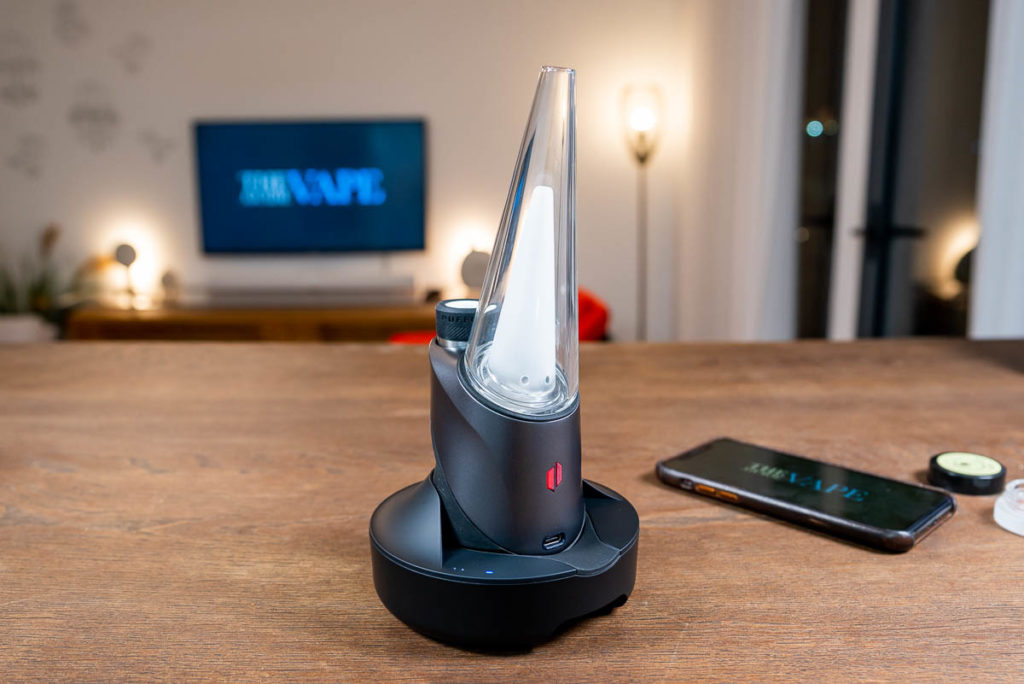 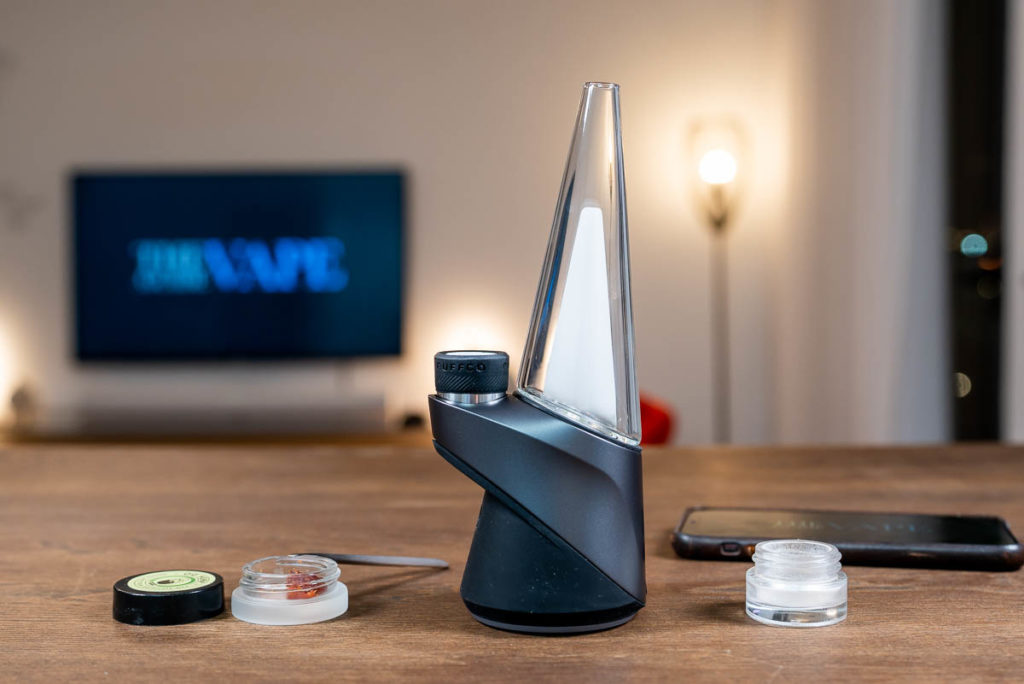 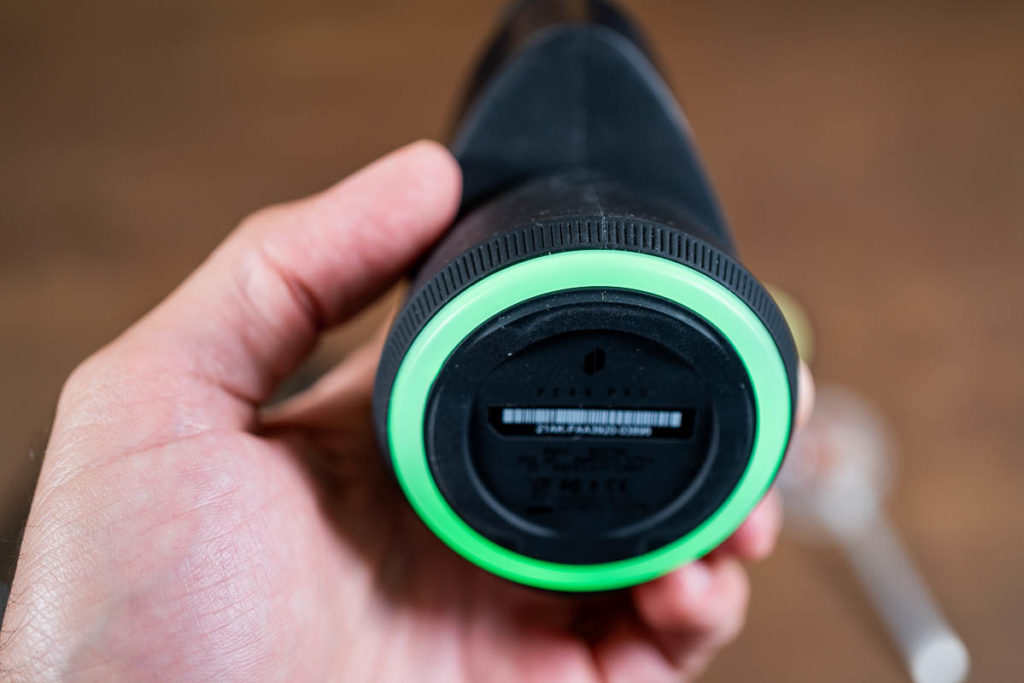 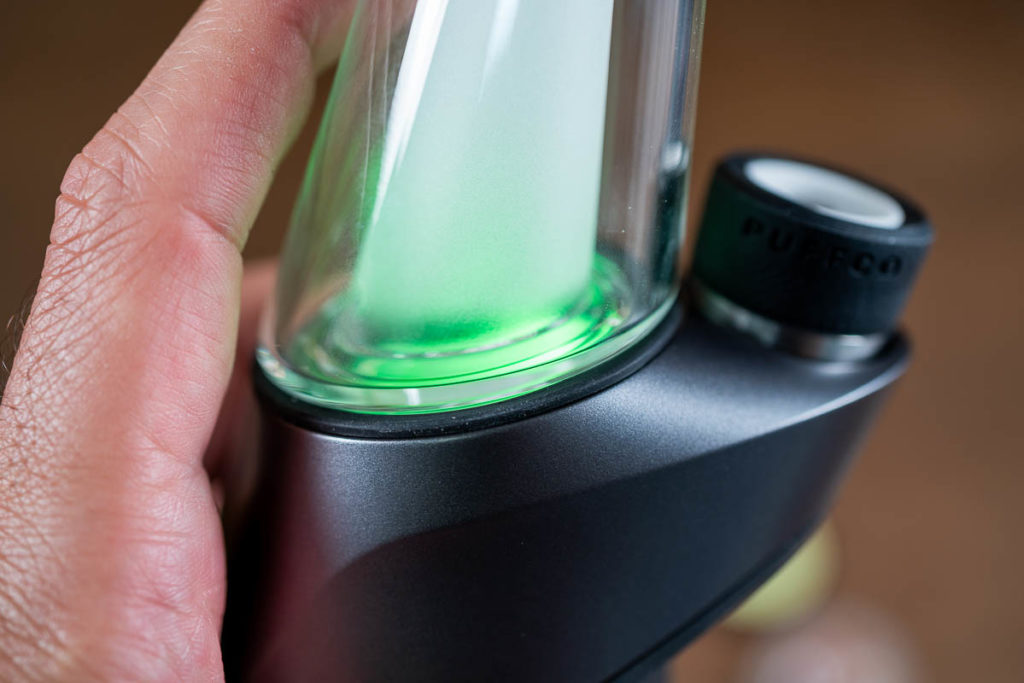 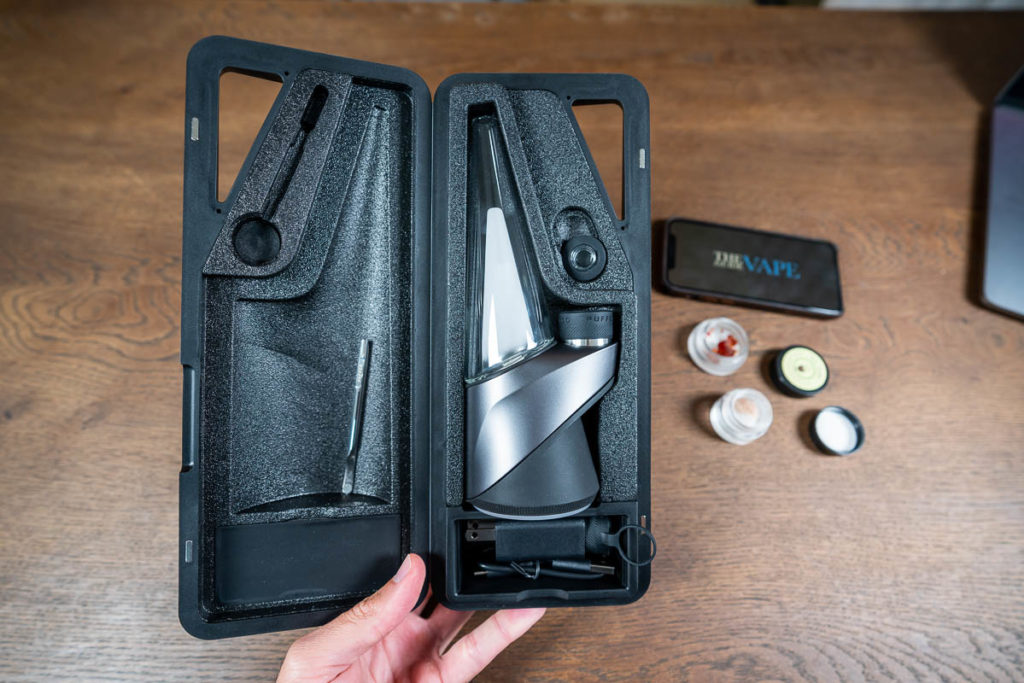