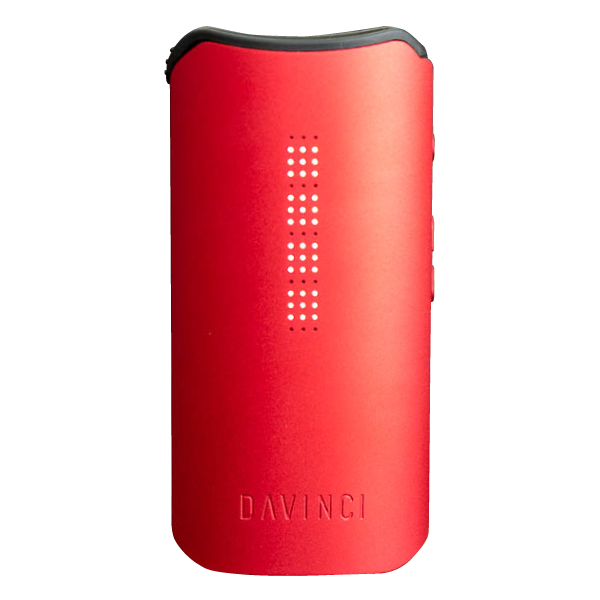 4.7 4.7/5
The DaVinci IQC keeps the brand’s iconic design and is an improved version of the very popular IQ2. Several of the former zirconia pieces have been swapped out for silicone, and details like hinges and magnets have been improved and made stronger. The charging port has also been switched from micro- USB to USB-C. Despite the lowered price point, the IQC performs and satisfies just like its critically acclaimed predecessor.

Since the original DaVinci IQ (review) was released in 2016, there have been a lot of improvements in material quality and design technology – allowing DaVinci to take this device design even further. Making it more functional, improving its ergonomics, applied materials, and overall performance. These improvements were first seen on the DaVinci IQ2, and that device easily won over critics and users alike. Just when we thought the IQ2 was near perfect, DaVinci’s pursuit of relentless innovation brings us the new DaVinci IQC.

The DaVinci IQC (buy) retains its iconic, portable body, but with a few of the IQ2’s bells and whistles trimmed off – such as the dosage control and the air dial. Several of the former zirconia pieces have been replaced with hi-temperature silicone parts, and the aluminum lids have been swapped out for antimicrobial polymer lids. These swaps drove down its price point from $295 to $229. The charging port has also been switched out from the outdated micro- USB to the more apt USB-C.

With all these considered, the only question left to ask is if this device performs and satisfies just like its critically acclaimed predecessor. Just like the IQ2, it’s compatible with both dry herb and concentrates. Although, I’d tell you from the get-go that it’s best to keep your concentrate device and dry herb vaporizer separate. To test the IQC, I used it with CBD herb from In-hemp and THC from my local dispensary.

DaVinci Tech’s design philosophy is stated as “designing tiny devices that aim to change the bigger conversation about cannabis consumption”. This mantra definitely shows throughout their product line, no DaVinci device is loud or ostentatious, but rather sleek and discreet- perfect for daily use even out in public.

Body: The IQC sports a durable sandblasted aluminum body. Sandblasted aluminum was actually the same material used on the original IQ, and was switched out for brushed aluminum on the IQ2. The IQC’s body definitely has a more rugged, rough feel in comparison to the IQ2 – which lends itself well to the overall balance and hand feel of this new device.

Right at the top of the device is the noticeable black antimicrobial polymer lid which houses the mouthpiece and may be opened to expose the airpath and replaceable battery. This new black accent adds to that rugged look and feel mentioned earlier. It’s a pretty cool contrast from the rest of the DaVinci products, which were more minimalist due to their monochromatic looks and aluminum lids.

The bottom of the device opens to expose the ceramic oven and zirconia pearl. The Zirconia pearl is a DaVinci signature, and it serves two functions:

There are two details worth nothing here. One is that on the IQ2, I actually recommended that the pearl be left in its default position and not be screwed out since it interfered with the latch closure. But now, (and this is the second thing to note) on the IQC, all the latches have been improved to be more efficient. So the Zirconia pearl (View in Store) may now be used to its fullest.

Just like the rest of the IQ line, the DaVinci IQC features a “flavor chamber,” which cools down the vapor, and can double as a small storage container. The flavor chamber is also made out of zirconia and holds just enough herb for a session. On the former devices, the lid that sealed the flavor chamber was also made of zirconia- but on the IQC, it’s been replaced with the same hi-temp silicone that’s present throughout the device.

Opening the top lid exposes the removable 18650 battery which lasts about around 6-8 sessions before needing a recharge. While the charging port has been upgraded to USB-C, it does take 2 hours to recharge, depending on the output of your wall outlet.

If you can’t wait 2 hours, consider purchasing a replacement battery (buy on amazon) so you can swap the dead one out for a charged one at every turn.

Just like the IQ2, the IQC’s kit comes with two mouthpieces, one is a flat mouthpiece that sits flush at the top of the device and the other is a ‘straw’ style mouthpiece that can also be used as an adapter to any 10mm glass rig (View in Store).

But unlike the IQ2 which had zirconia mouthpieces, they’ve been swapped out for hi-temperature silicone which is better at staying cool even after successive uses. The magnet that secures the mouthpieces have also been made stronger and more secure.

The LED display is another brand signature and has remained largely unchanged since the original device.

It is a small LED grid that displays the current temperature levels, device status, and battery level. To dim the LEDs, activate “stealth mode” by pressing the power button together with the down arrow button.

The differences and similarities between the IQC and its predecessor are peppered throughout this review. As mentioned earlier- they’re nearly similar but with a few features and some hardware changes. Think of the IQC as the “S” version of the iPhone – sporting a few design improvements while retaining the overall functionality that the IQ2 is well known for – at a more affordable price point.

What remains the same:

To use the DaVinci IQC, open the bottom latch, adjust the pearl to your liking and pack the oven. It’s essential for the material to be packed just right but not too tight – but as close to the internal heating element as possible. The pearl does a good job of making sure it stays close to the heating element without exactly squeezing it in. Packing slightly loosely also means less draw resistance, as the airflow is less restricted, creating a better inhale.

After filling the oven with just enough herb, turn the DaVinci IQC on by pressing the power button 5 times, toggle through the pre-set smart heating profiles by pressing the up or down buttons. Once you select your Smart Path setting, the LED lights flash until it reaches the right temperature. Once it’s fully heated up, it also vibrates to let you know when it’s ready. The smart profiles will gradually increase the oven temperature during your session and lasts 8 minutes. You may also opt to customize and control these settings to a “T” with the accompanying smartphone app.

The IQC can also be used in ‘precision mode’, which keeps a constant temperature in the oven throughout the session. To switch to “precision mode” click the power button once and use the arrows to set the temperature. The precise temp will be displayed on the LED grid. The vape will vibrate when the desired temperature is reached.

The IQ2 produced clean, flavorful vapor, and preserved the delicate flavors of the terpenes. The IQ2 uses a glass and zirconia airpath, free of plastic, metal, and electronic components. The vapor was surprisingly thick, especially for a conduction vaporizer. The not-so-secret secret is the zirconia pearl in the oven that helps to regulate the temperature and provides a nice even vape to the herbs. The long airpath helps to cool down the vapor, particularly with the extended mouthpiece.

The IQC’s oven is also similar to the IQ2, it’s funnel-shaped and makes loading a breeze since the material just slides in. For an even better loading experience, I highly recommend the use of an herb spoon (buy on Amazon). DaVinci also sells dosage pods on their website, which can be pre-loaded with herb and stored in a holder, and then just popped into the oven while on the go, eliminating the need for manual loading. I also highly suggest using a great grinder such as SLX (review).

Being the improved version of the IQ2 meant that there were high expectations for this device. The resulting vapor on the IQC is on par with its predecessor. It produces pure, flavorful vapor that is also very thick and dense. I might even go as far as saying that it probably provides the most potent vapor out of any vape available right now.

It’s not often that we come across a device that’s an update on something that’s already proven to be so good, and yet have it be even cheaper than its predecessor. The IQC is the revamped IQ, staying true to the quality we’re used to seeing from DaVinci, sans all the bells and spare features.

Though essentially, it wasn’t a full overhaul – the few changes and improvements elevated what was already a popular and well-performing device. The IQC is positioned to be one of the top-selling vapes of this year, with an outstanding balance of performance, features, and portability. 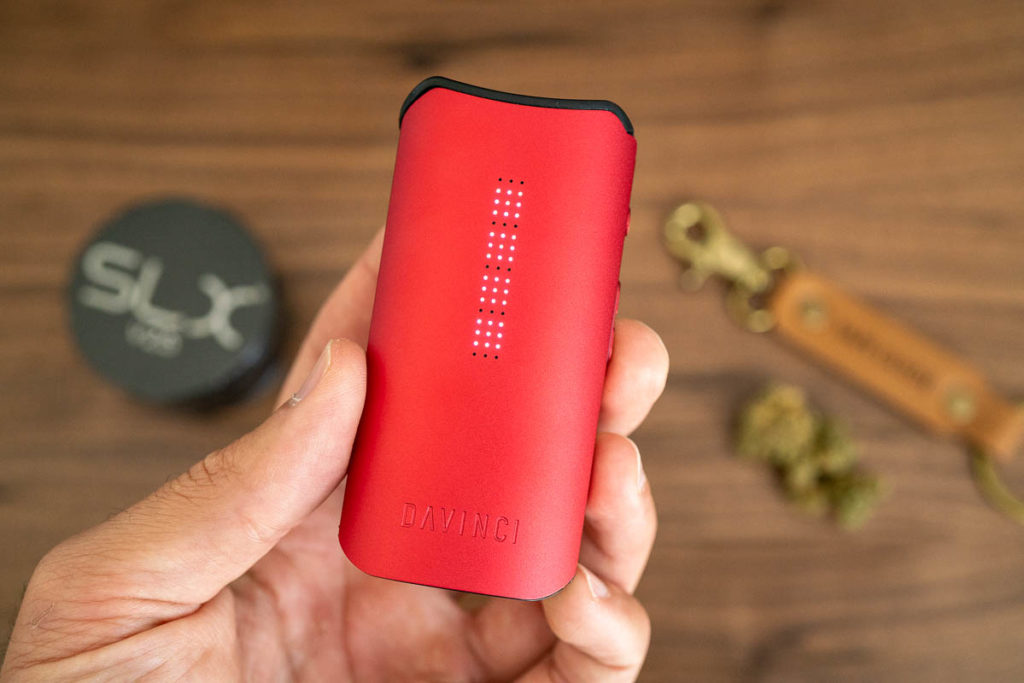 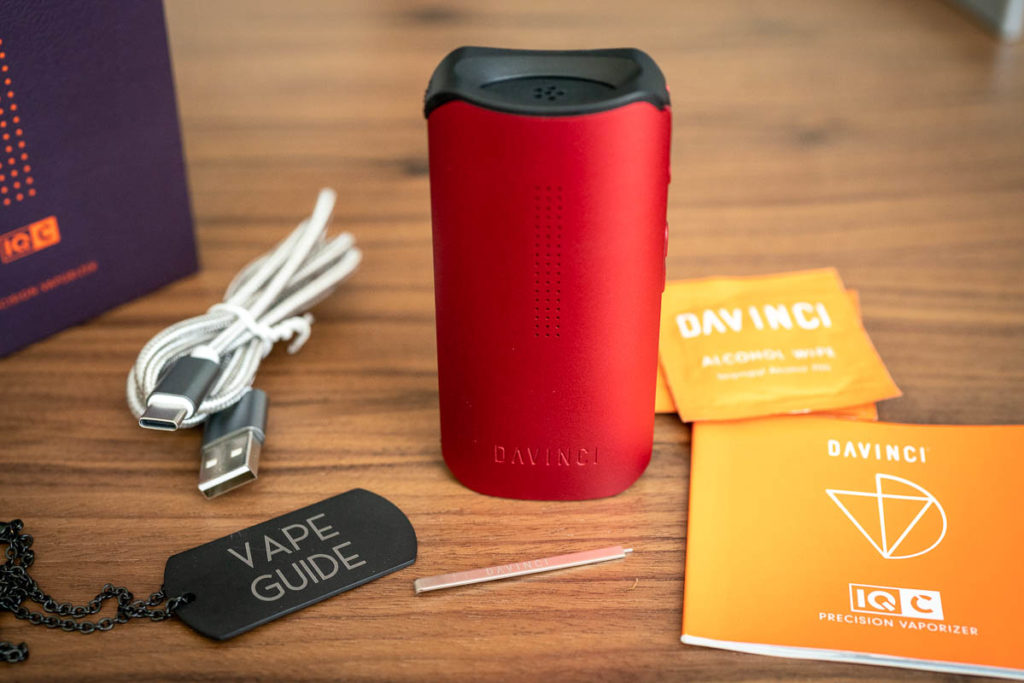 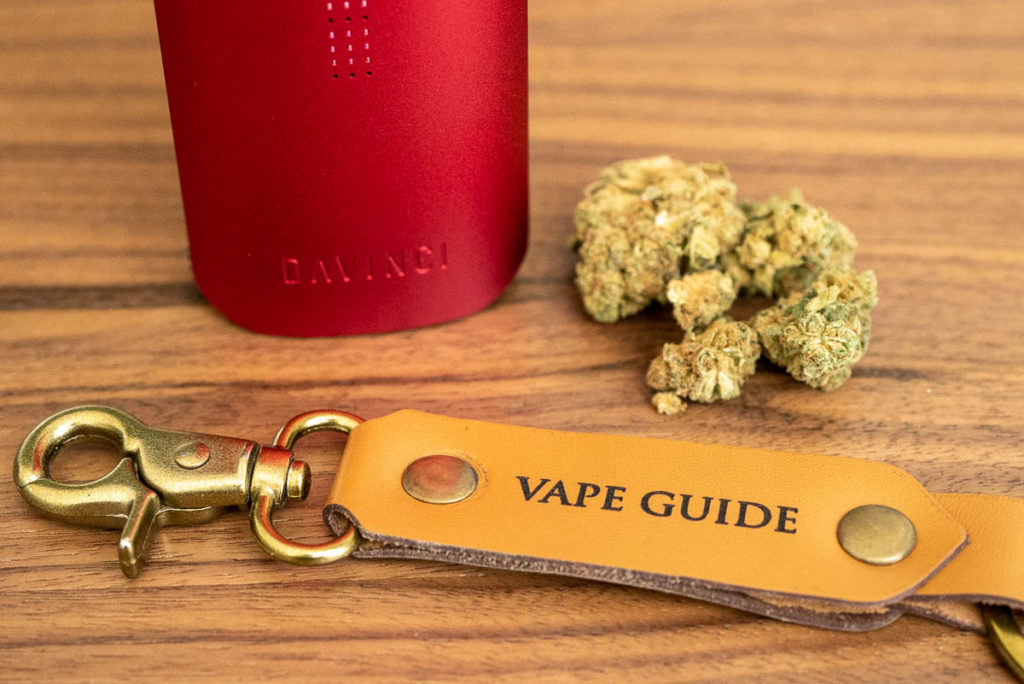 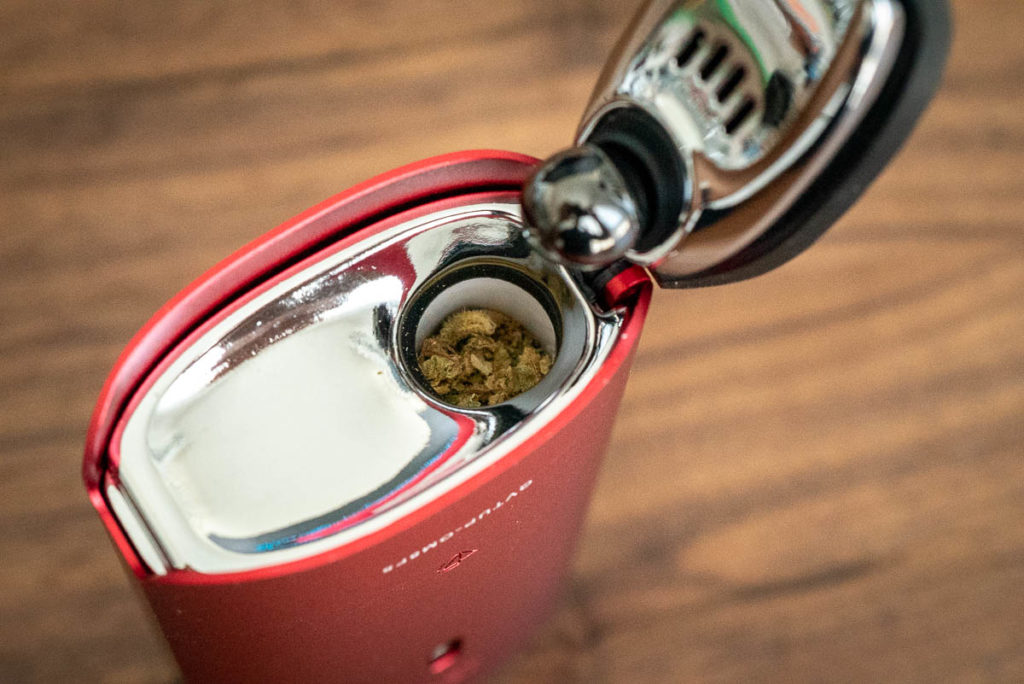 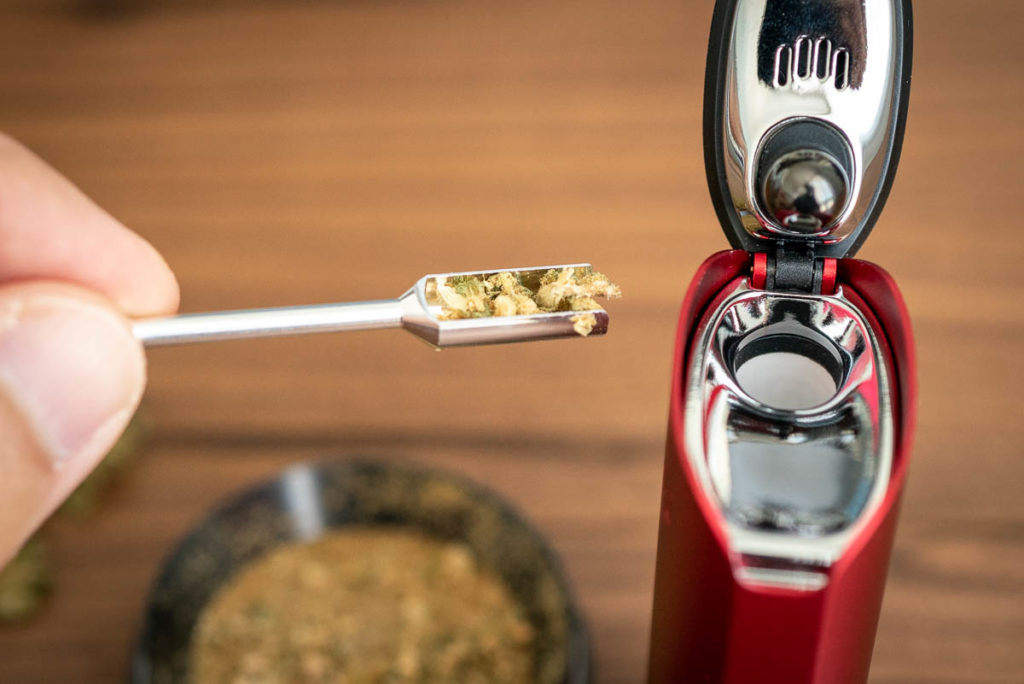 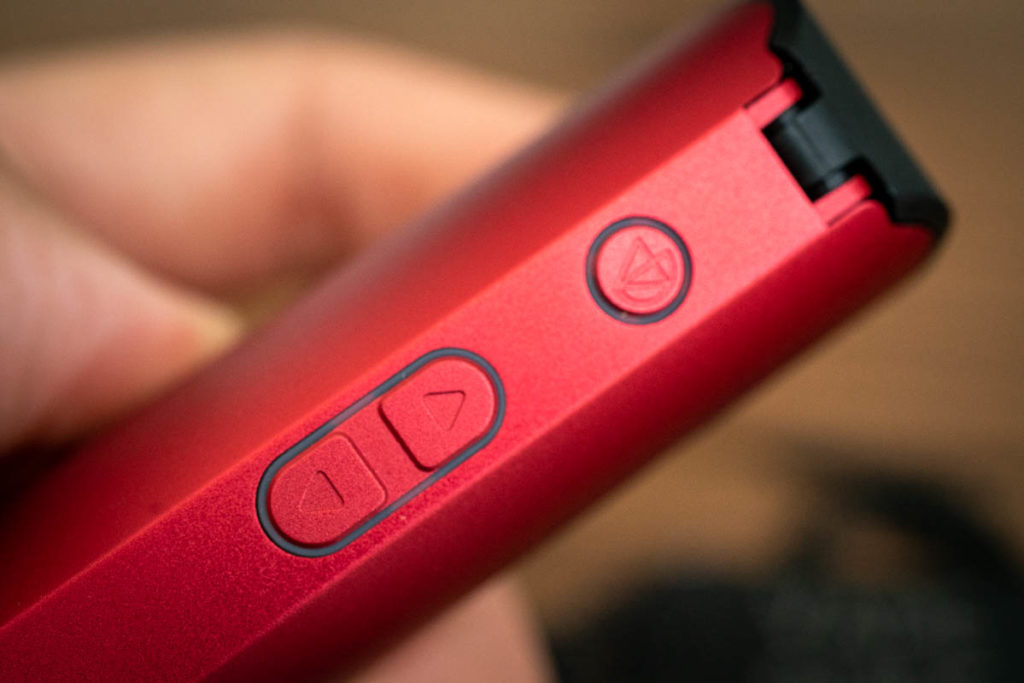 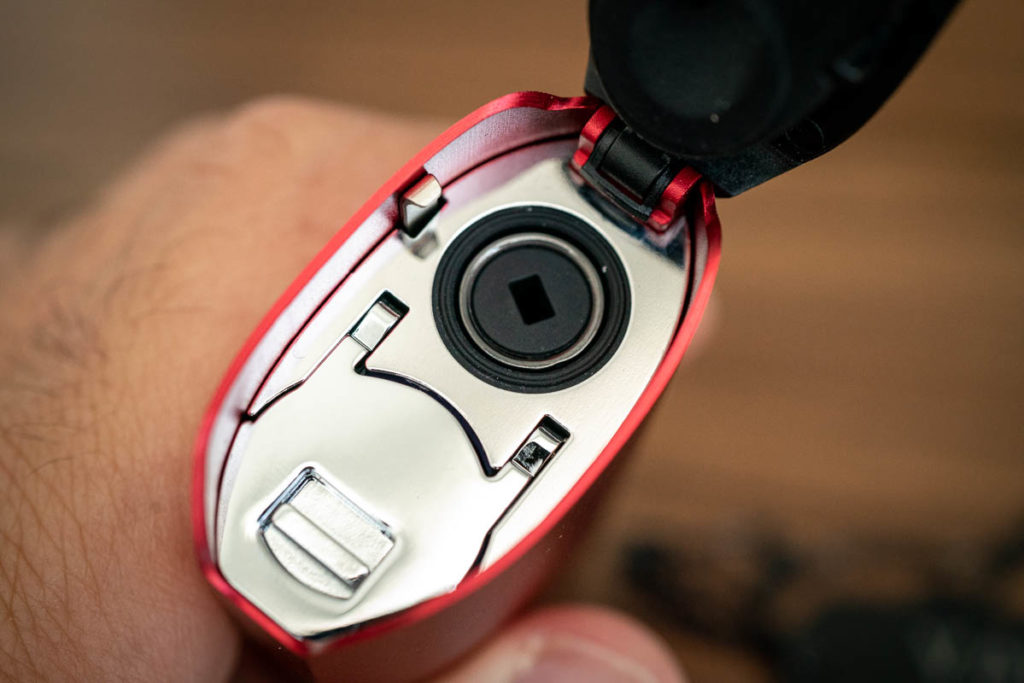 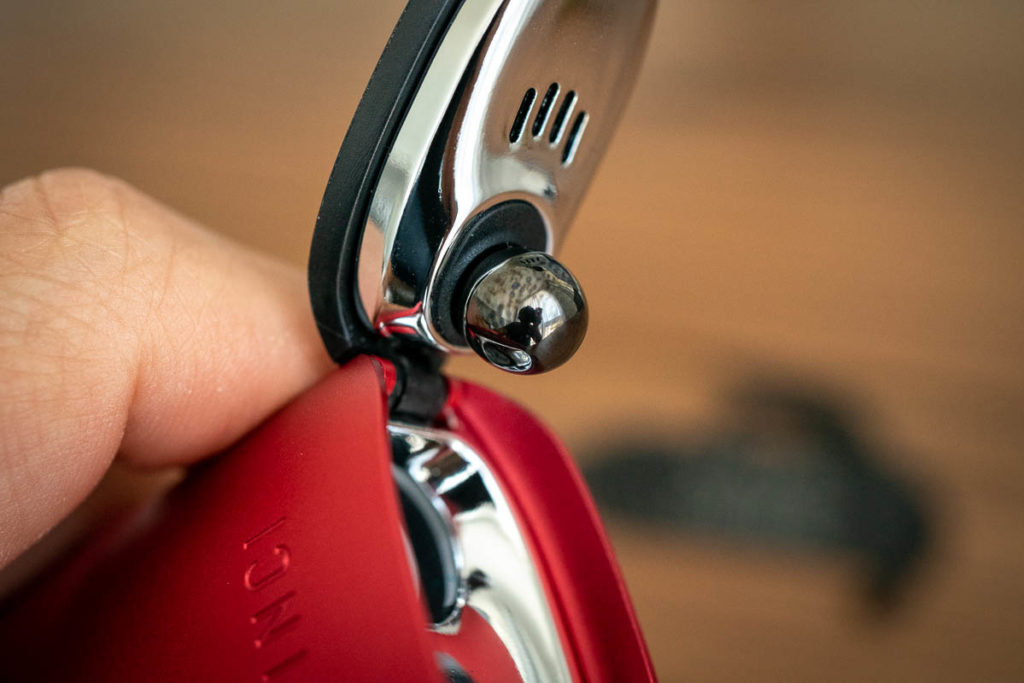 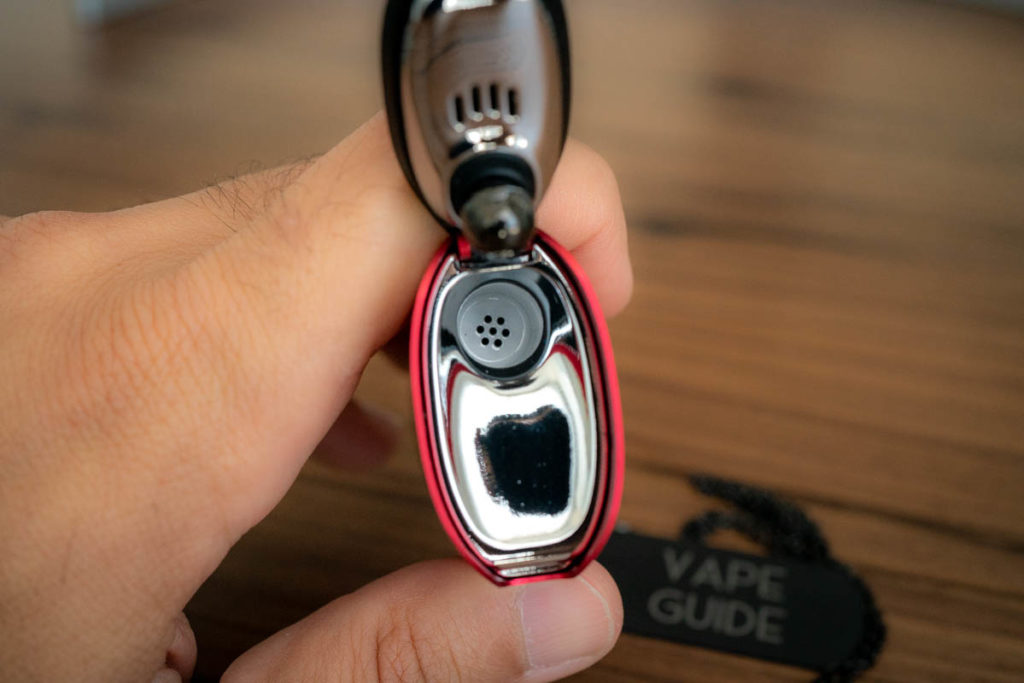 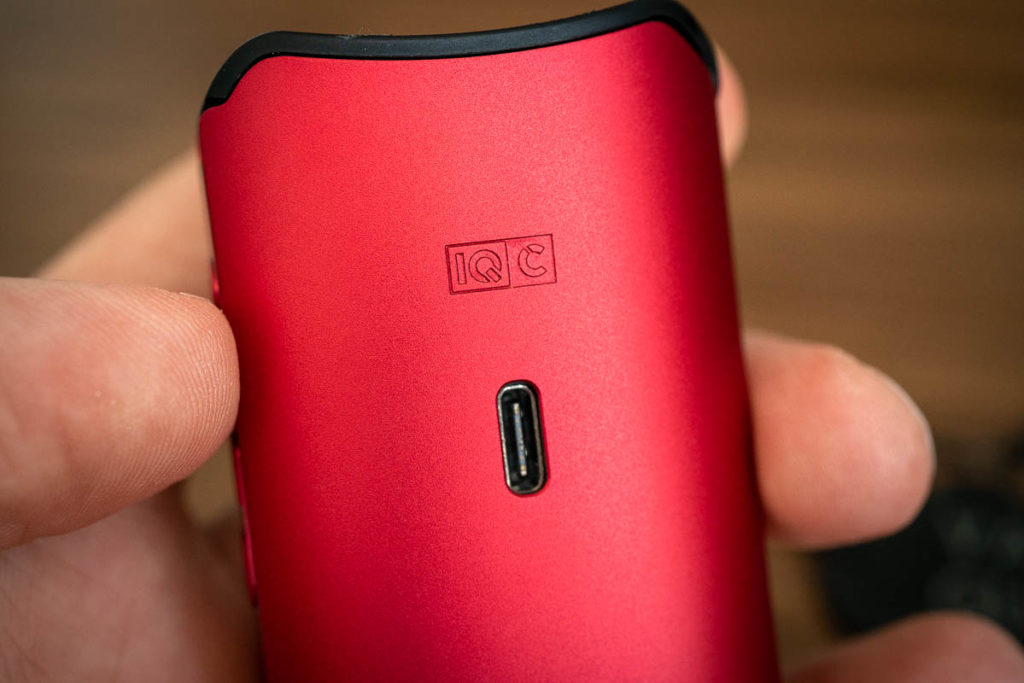 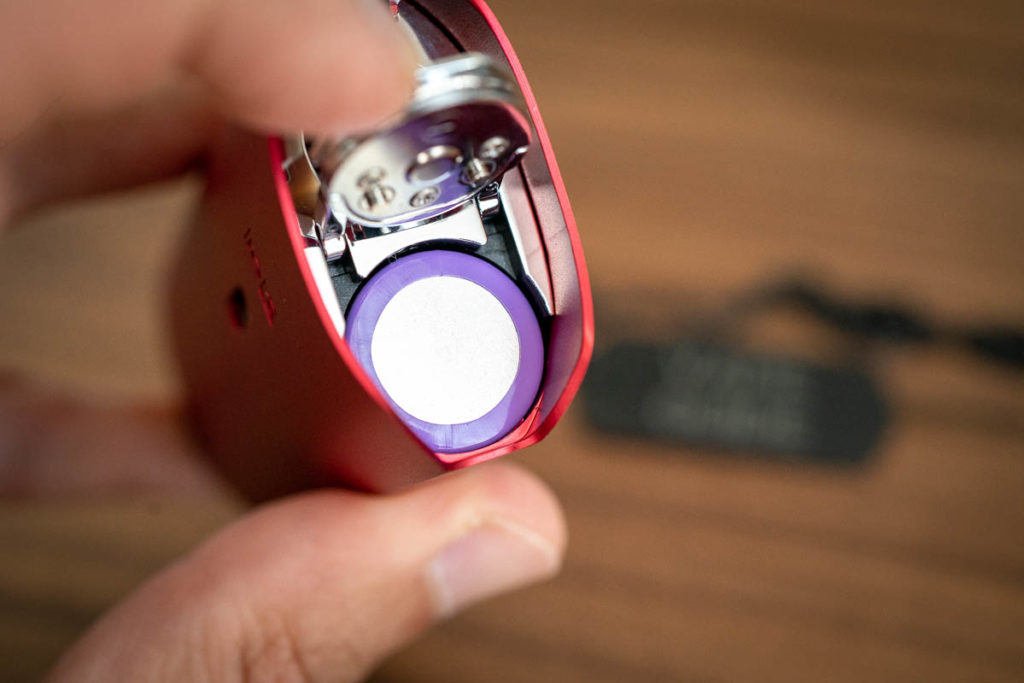 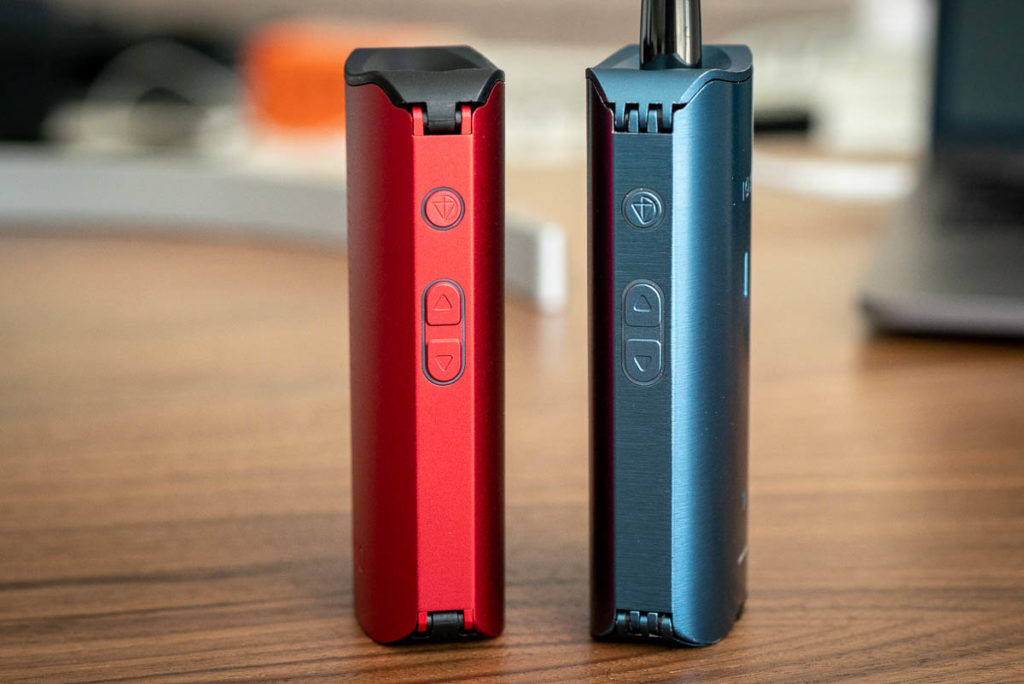 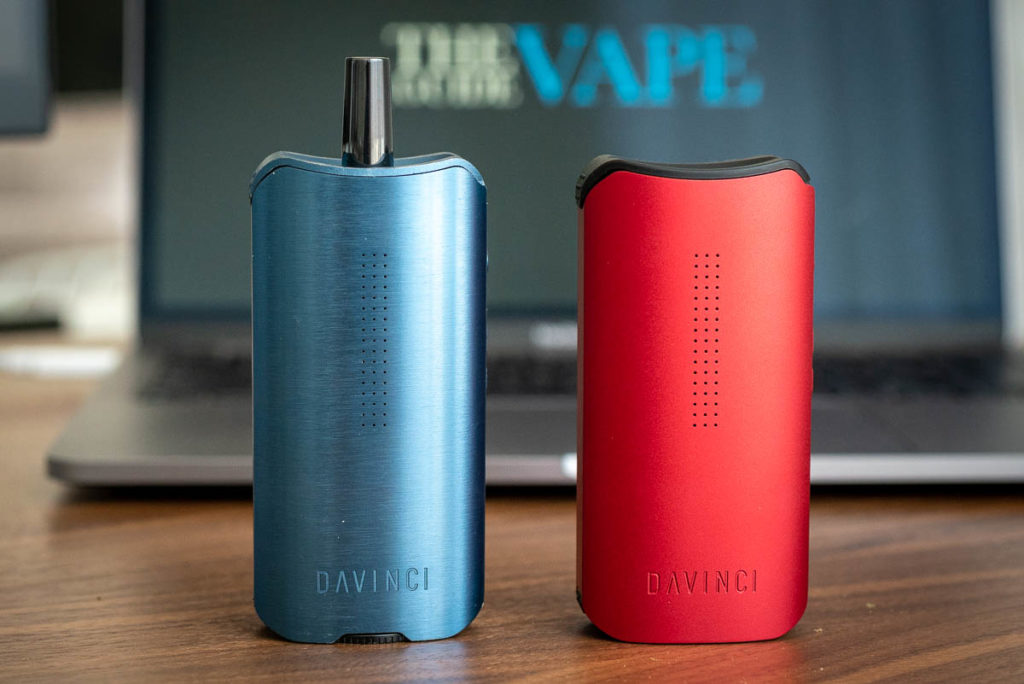 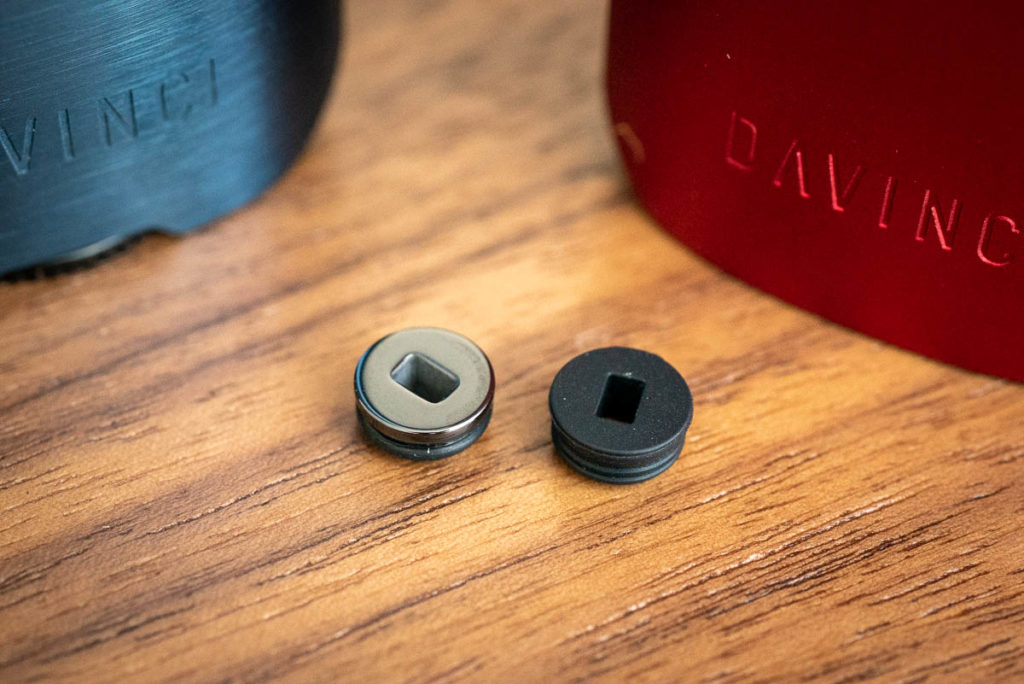 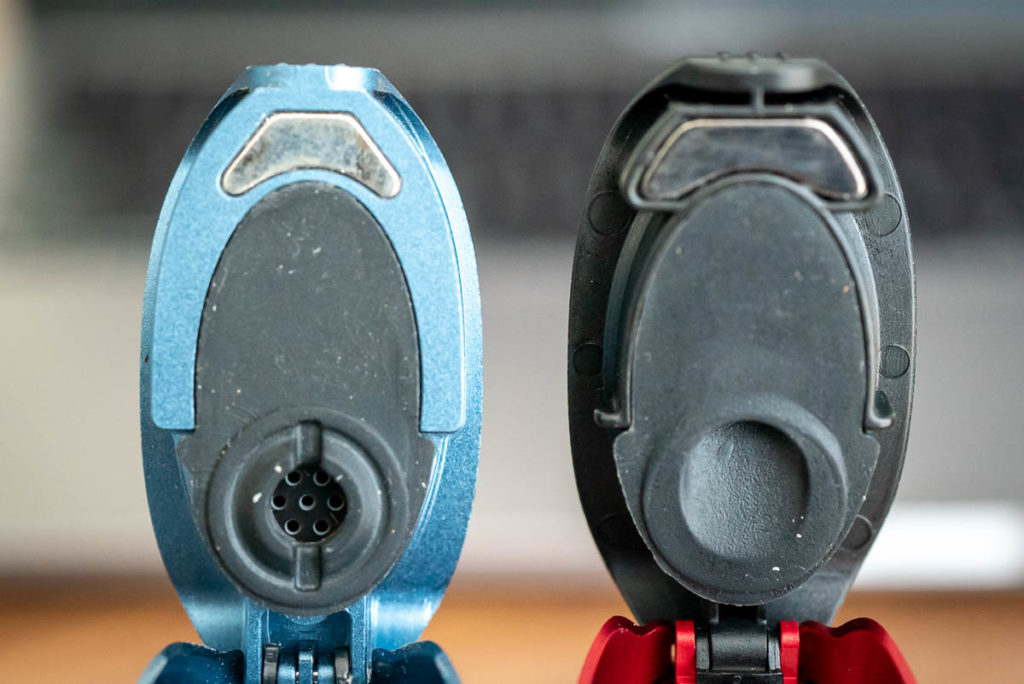 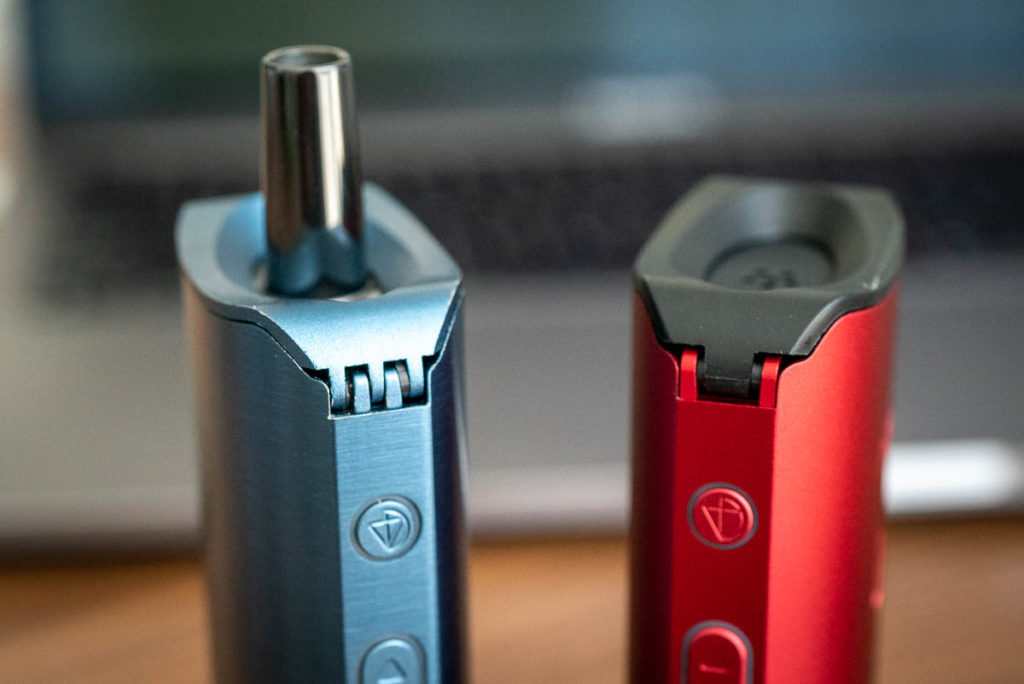 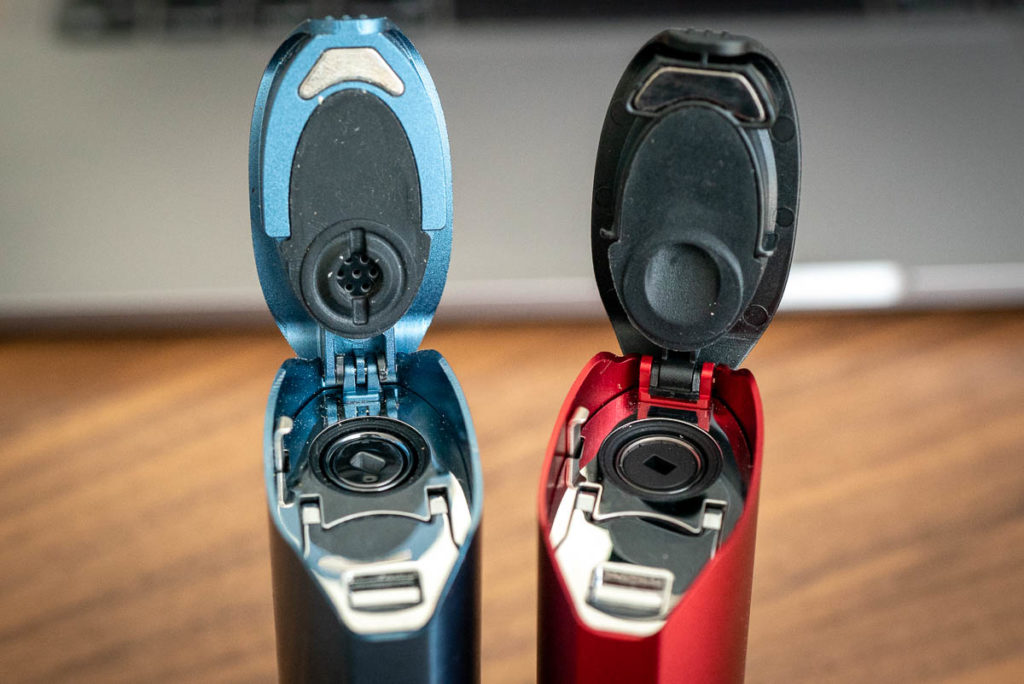 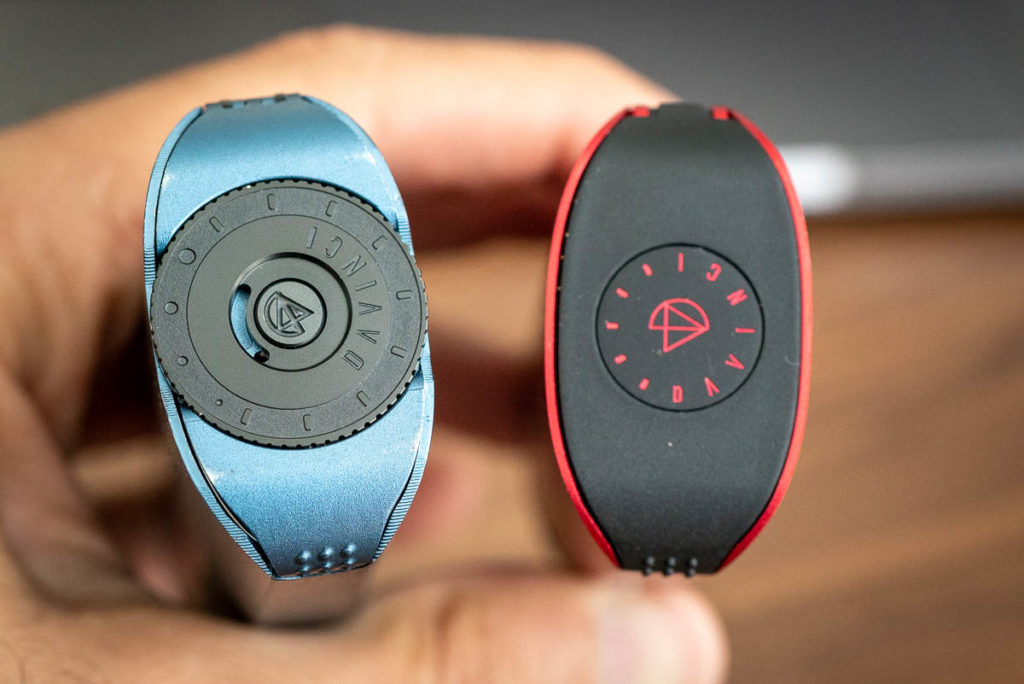 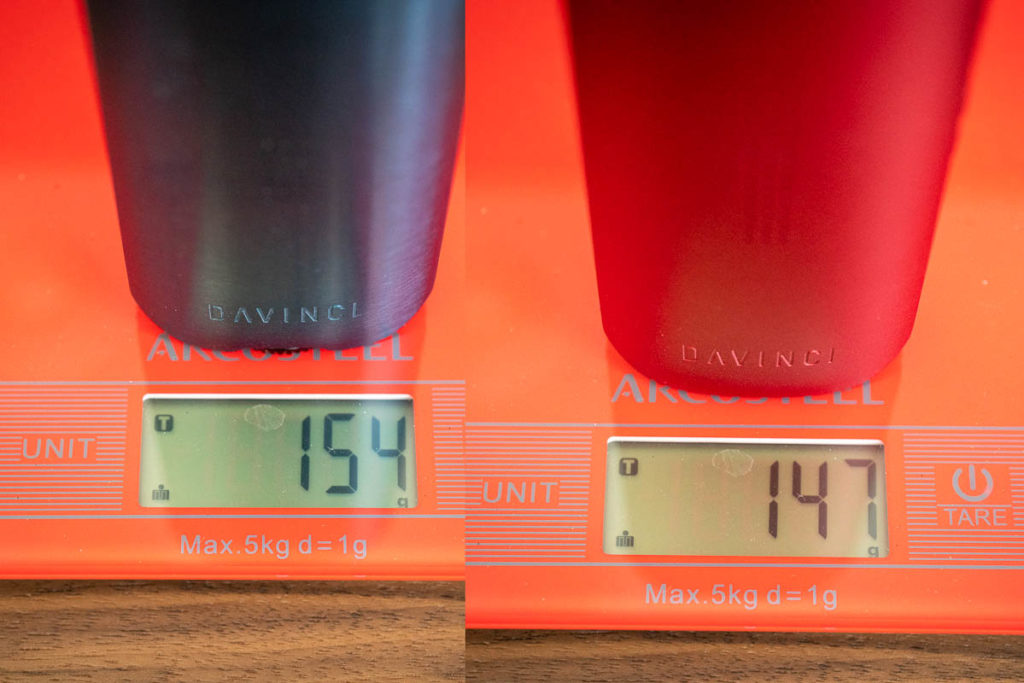 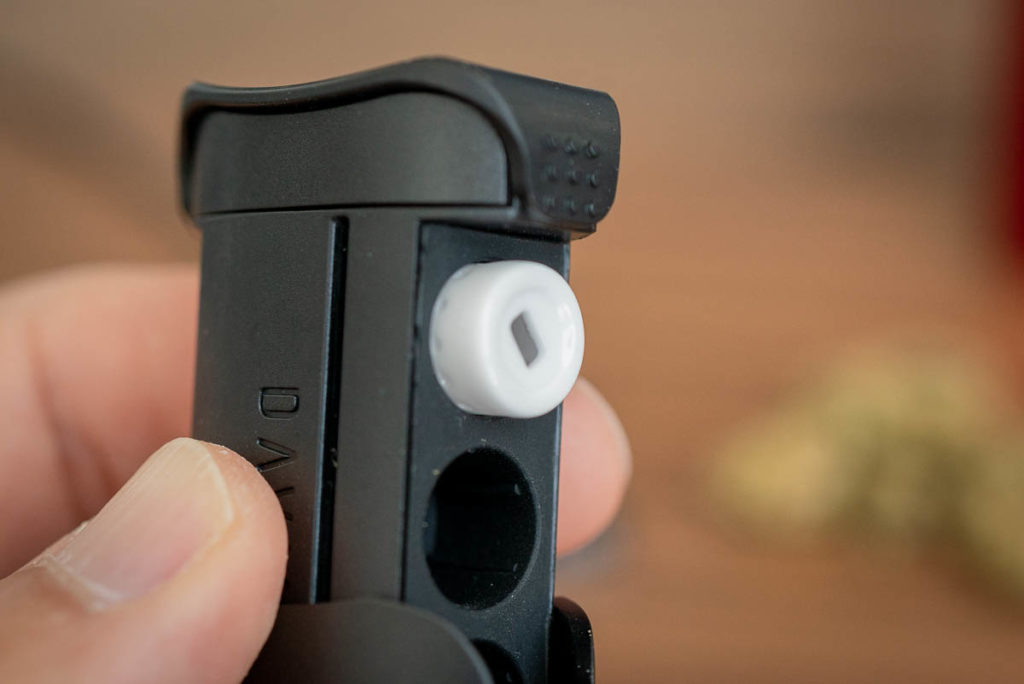 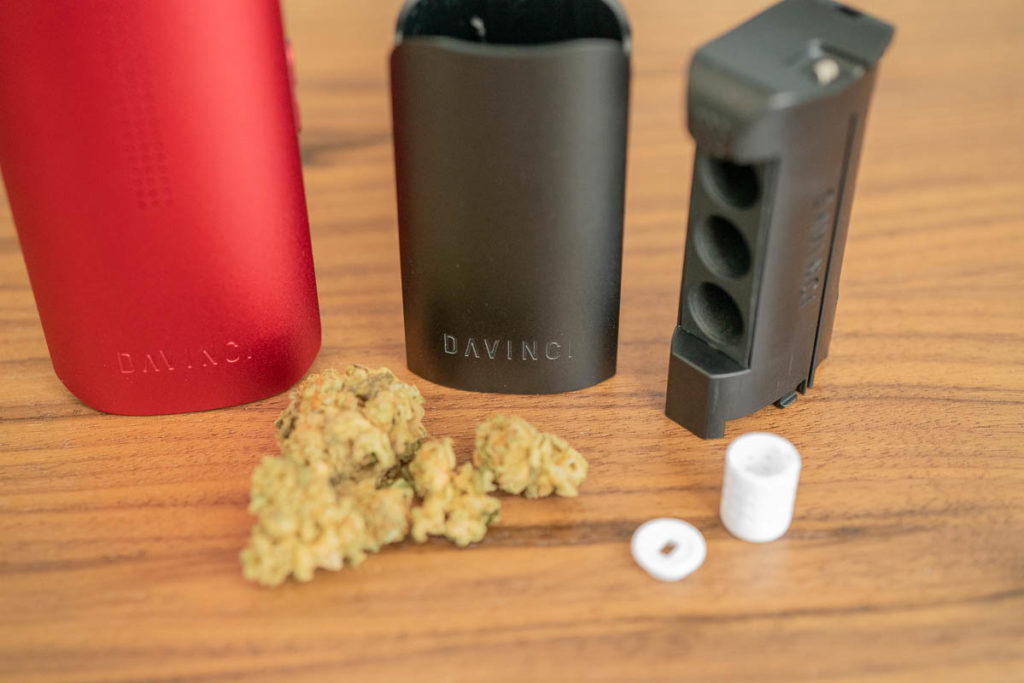