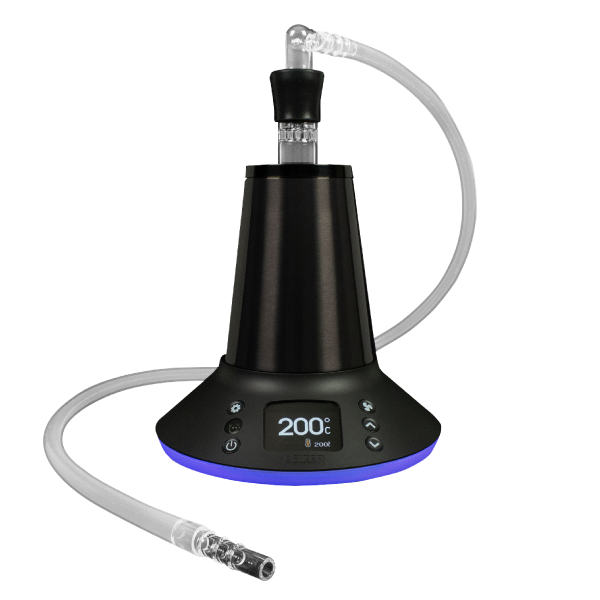 4.5 4.5/5
The newest desktop vaporizer from Arizer comes after 15 years of research and development. It comes with a full suite of accessories, including a remote control and several Arizer signature glass pieces. It also features a convection ceramic heater, an improved connoisseur bowl (which can be flipped for microdosing), and the option to either use the balloon or the whip.

Canada-based brand Arizer has built a pretty good reputation for themselves first as creators of affordable desktop vaporizers, and later on – reliable portable dry herb vaporizers such as the Solo 2 (review) and the Arizer Go (review). Regardless of whether desktop or portable – Arizer devices have a similar set of cornerstone features: precise temperature control, clear OLED screens, and long, borosilicate mouthpieces that keep the vapor cool, which is an Arizer signature.

Now, Arizer has gone back to its roots and released a new desktop device – the Arizer XQ2 (buy). I’m pretty excited to see what seems to be an updated version of the Extreme Q (review). According to the product page – the remote-controlled XQ2 is the culmination of Arizer’s 15 years of product design and development experience, and of the feedback from their customers.

The Arizer XQ2’s kit comes with a full suite of accessories. Several of them are made of Arizier’s signature high-temperature, borosilicate glass.

Here’s what comes in the XQ2’s fully equipped kit:

The XQ2’s kit is comprised of a lot of individual pieces – which definitely makes it overwhelming straight out of the box. But note that you don’t exactly have to use all these pieces and that they’re for the many possible functions of the XQ2 and it definitely means you won’t ever have to purchase anything else for it. Everything you need to use the XQ2 is already included.

Judging from looks alone, the Arizer XQ2 doesn’t differ much from the rest of the desktops on the market – such as the Volcano and Extreme Q. One of the most surprising things however is that the XQ2 is extremely light. Without the pieces attached – the Multi-purpose heater weighs about a 450g – which is pretty great if you’re looking to take it out to a party or something.

The main body of the XQ2 has a shiny finish, while the base is matte and houses the digital display and the 5 buttons for power, settings, temperature controls, and a dedicated button for the 3-speed fan. Circling the base is the LED strip which lights up to indicate the current device status or the mode you’re in. You can also set it to Spectrum Mode – which changes the colors every couple of seconds.

One of the best things about the XQ2 is that it comes with programmable remote control. It’s definitely underrated and at first, I found myself thinking it wasn’t necessary – but it definitely turns out to be. Especially when using the XQ2 for aromatherapy.

The remote itself has an easy-to-use and understand the layout and allows you to turn the XQ2 on/off, set your desired temperature, choose a color for the LED strip, and turn on the fan. There are also dedicated buttons for 3 pre-set, yet customizable temperatures.  With the onboard controls, you’ll have to press the buttons repeatedly to run through the settings – but with the remote, it’s all just a much faster more streamlined experience.

There are several ways to use the XQ2- either with the whip, balloon or as an aromatherapy device.

Similar to other Arizer devices the XQ2 comes with a pack of dried herbs that work with an included aromatherapy bowl. I’ve actually found myself using this feature pretty often at home. Instead of using an essential oil diffuser, I take raw dried sage, chamomile, or even citrus peels, place it into the bowl, turn the temperature and set the fan on low and let the scent spread throughout the room.

With the XQ2, its highly recommended that you “prime” – which is essentially letting your material sit and heat up on the bowl for about 3-5 minutes after the XQ2 hits its temp. It’s not mandatory, but without it, you’ll find yourself having to do several draws to warm up the material and see any extraction.

When primed and ready, place the top of the whip connection onto the bowl and take a long and consistent draw through the glass mouthpiece. Inhaling without the fan means that you’d need to suck air through the tube. Another way of using the XQ2 is to turn on the internal fan for an assisted draw. The fan will push vapor out of the whip for you, making consumption effortless.

Using the XQ2 with the balloon follows the same sort of starting procedure – but instead of waiting for the heating to finish, you’ll have to attach the balloon to the bowl as it’s climbing up to temperature. Once heated, turn on the fan to fill the balloon.

When it’s full, simply detach and seal the balloon and draw from the mouthpiece! Now you have great-tasting vapor you can consume on-demand. Just don’t forget to remove the glass pieces from the balloon before you do!

On the XQ2, there are just a few small differences in the results between the whip or balloon – In fact, when using the whip attachment at a low temperature- you’ll find that your draws will be quite light, but heavy on the terpenes. You’ll be able to taste every nuance in your material and fully savor it. The XQ2, of course, is also capable of creating big dense results, which are still just as pure – yet trade off a bit of that flavor for more vapor.

Vapor Quality: The XQ2’s vapor quality is consistently good. the convection ceramic heater alongside all the neutral borosilicate glass pieces – delivers particularly well-flavored vapor. But with the balloon, the vapor is at its coolest – since allowing the vapor to sit in the balloon lowers its temperature. Drawing from the balloon is as easy as breathing and causes no irritation whatsoever.

Fan Speed: Regardless of if you’re using the whip or the bowl, a slower speed results in vapor that’s milky and very dense. If you’re using the fan on high, then the vapor becomes thinner and pretty much see-through.

The Arizer XQ2 is definitely a great buy for anyone looking to add a desktop device to their arsenal. It’s not the cheapest of devices, but it definitely is worth it especially with a kit as large as it has.

The only downside I can think of is that the XQ2’s glass pieces definitely are fragile – which means you’ll definitely have to be extra careful during handling. But other than that – the XQ2 delivers great functionality, performs well and is more suited for fun, at home sessions. If you’re looking for the best in dry herb vaping this year- definitely check out our list of the best of 2022. 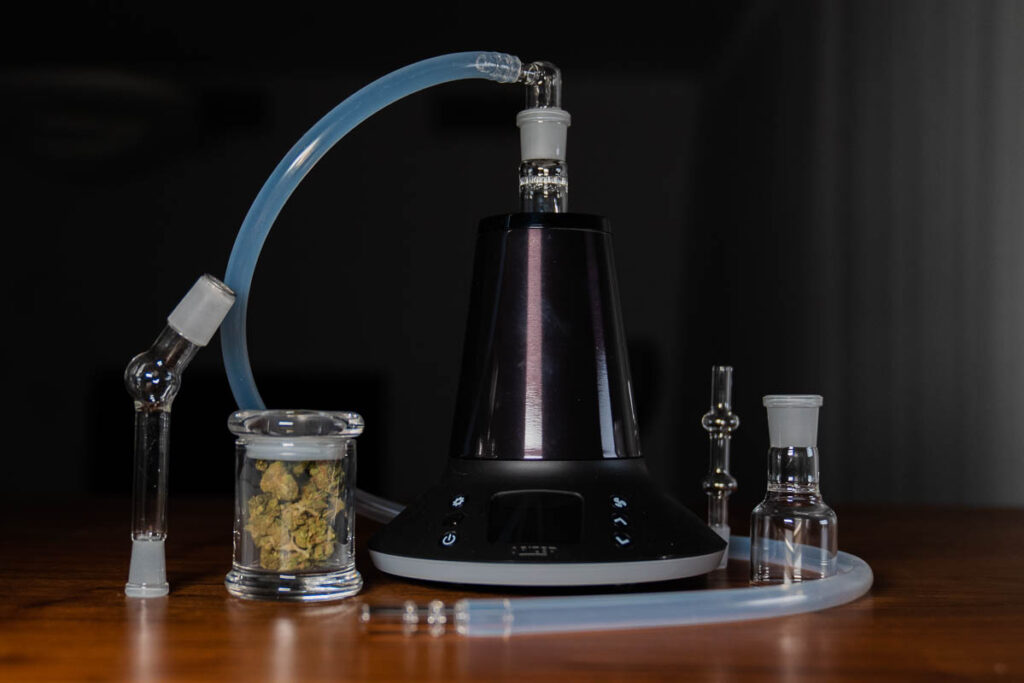 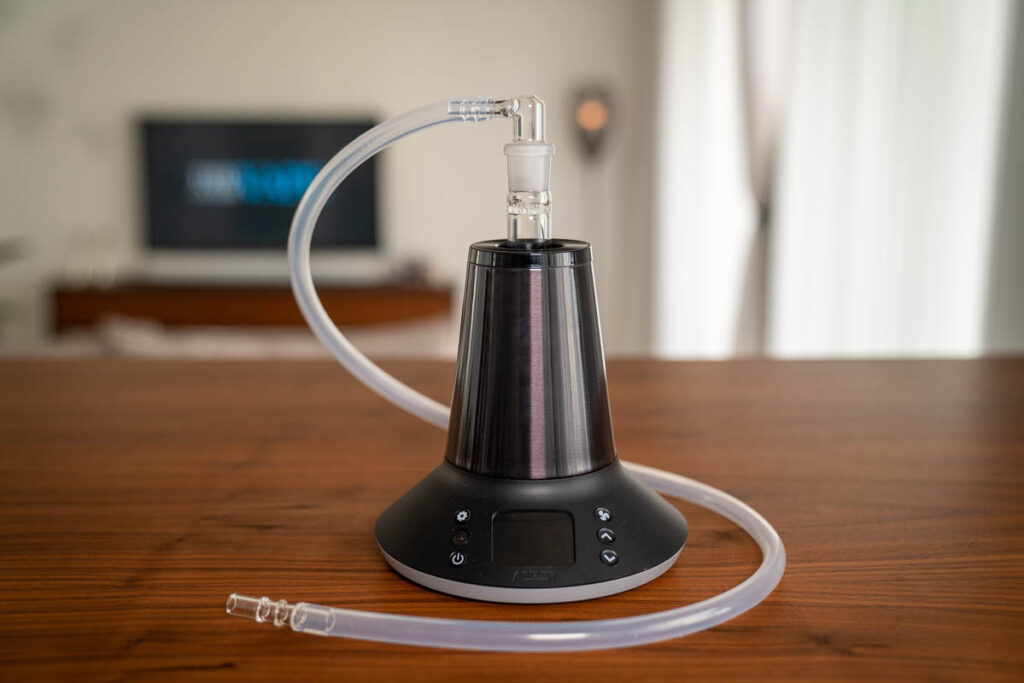 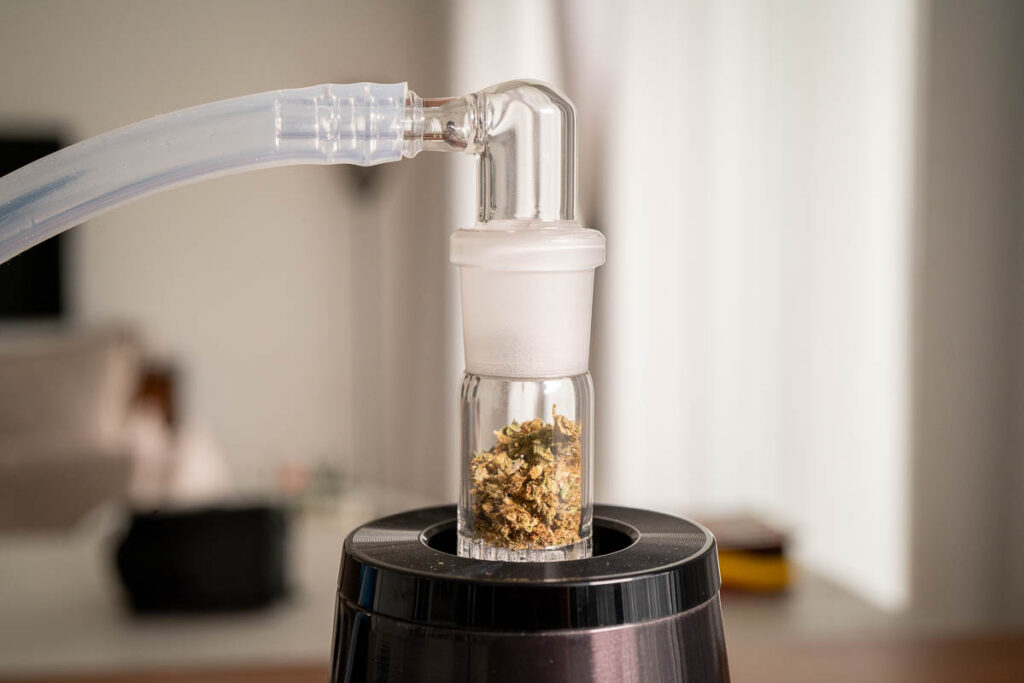 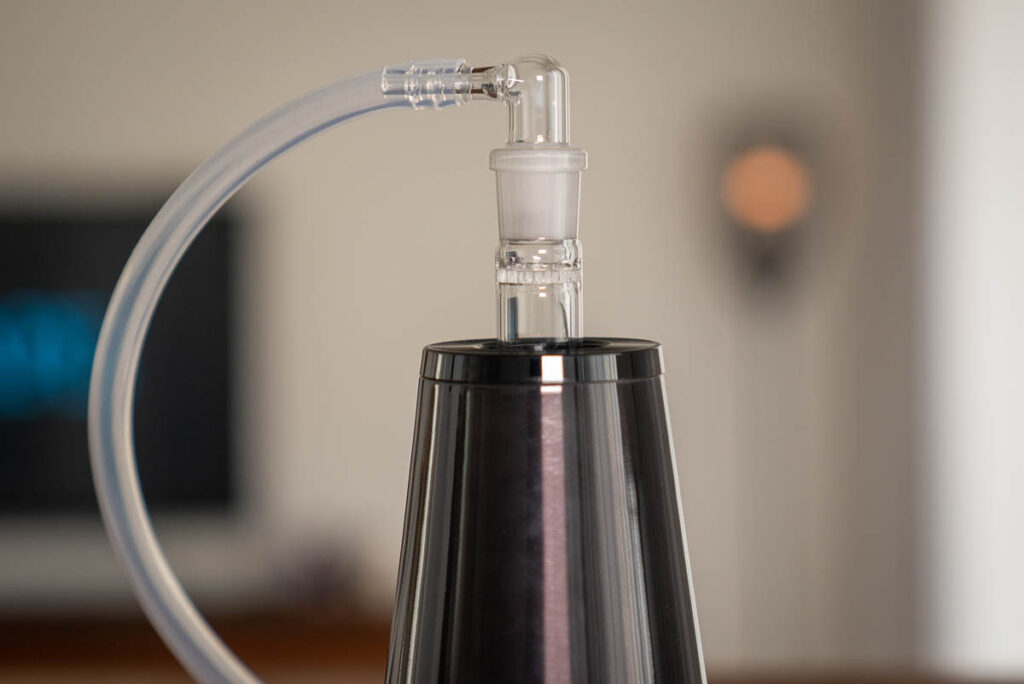 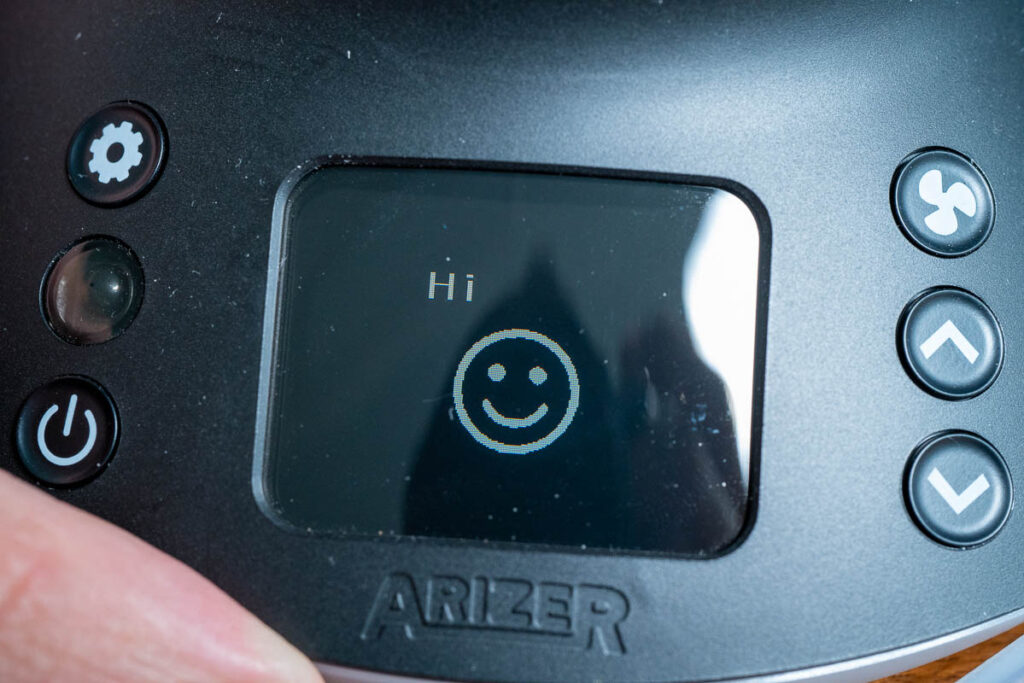 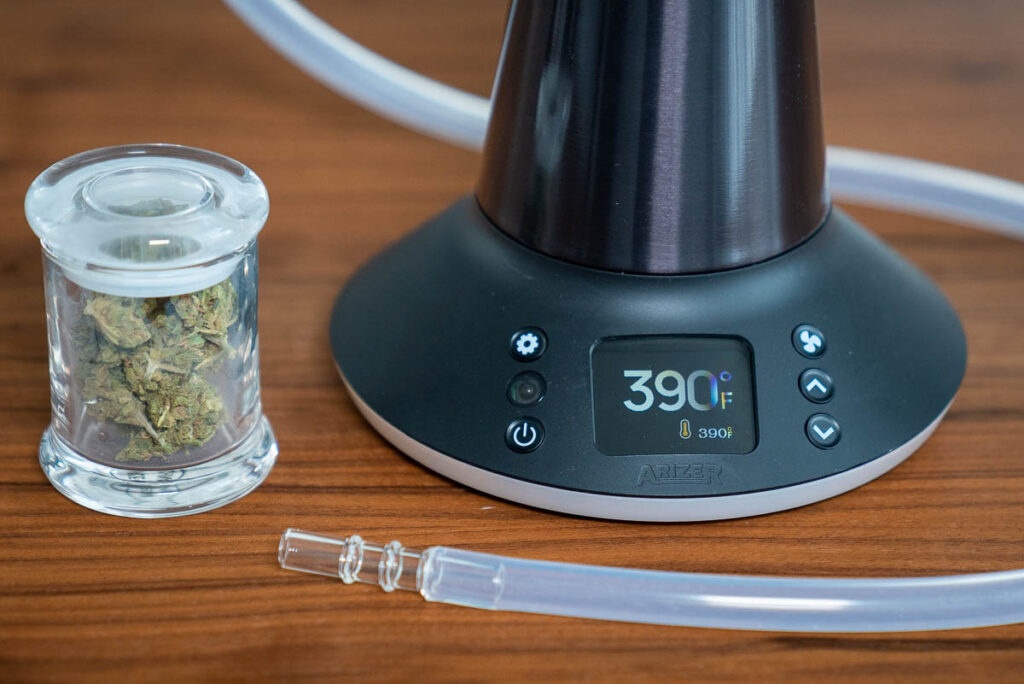 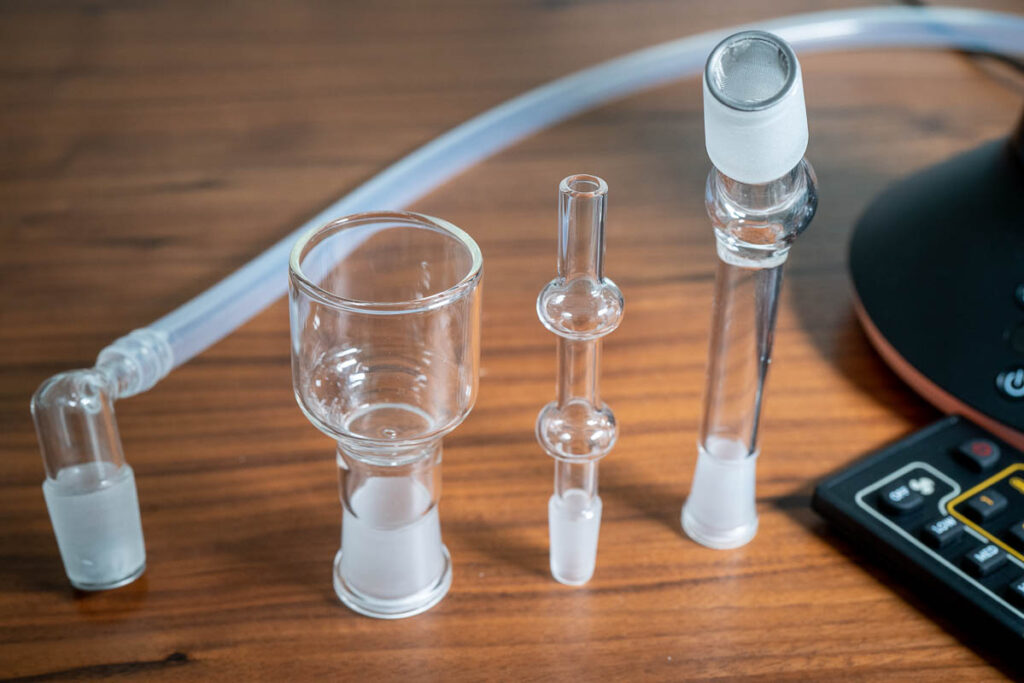 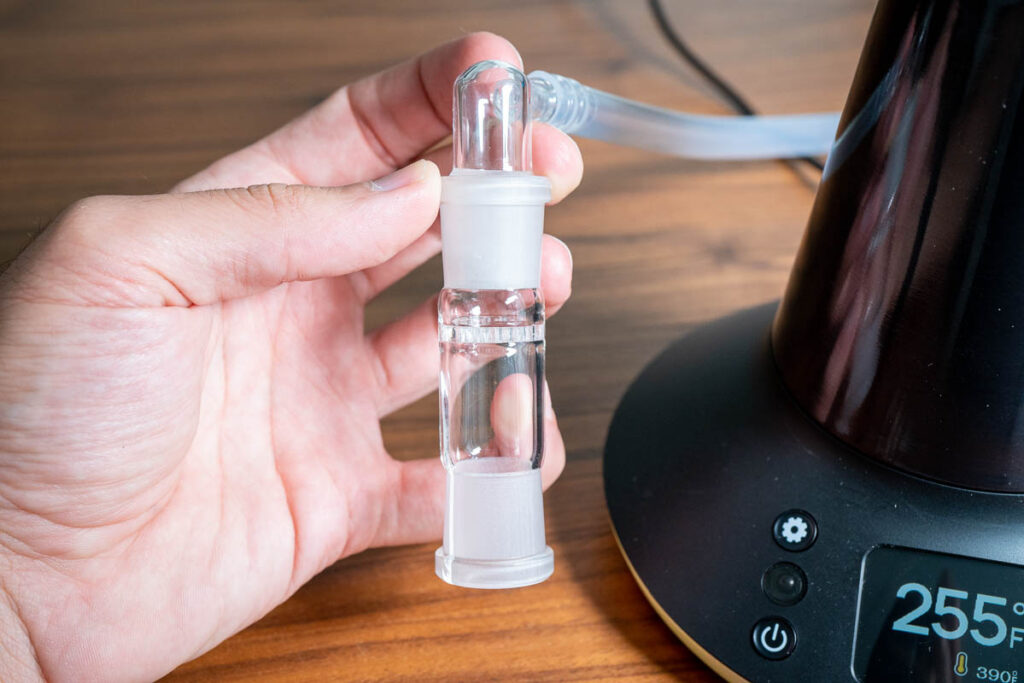 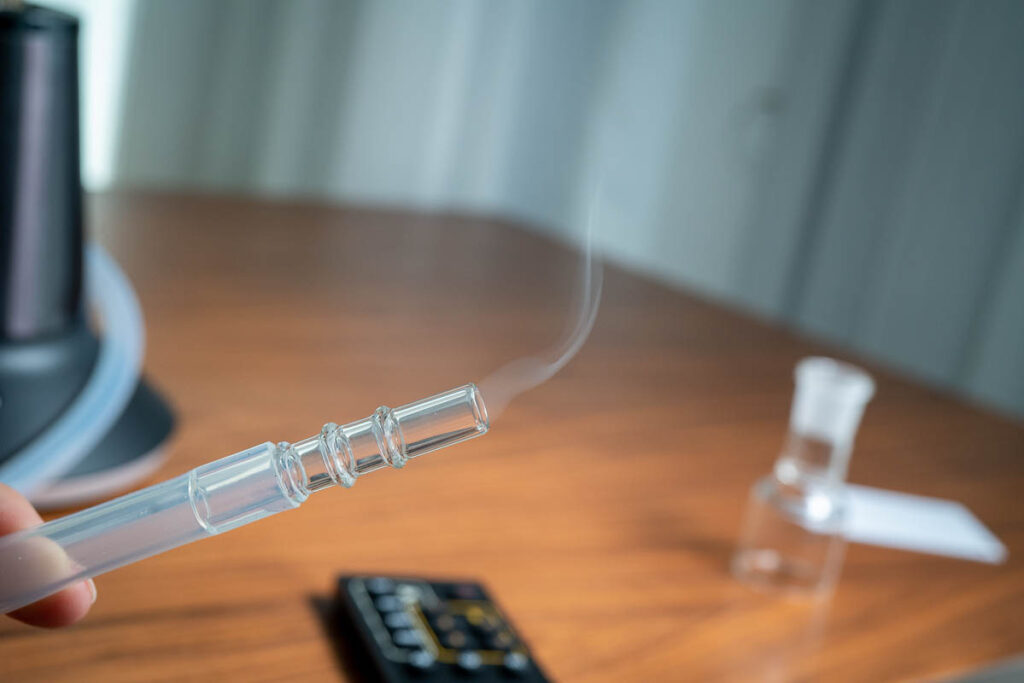 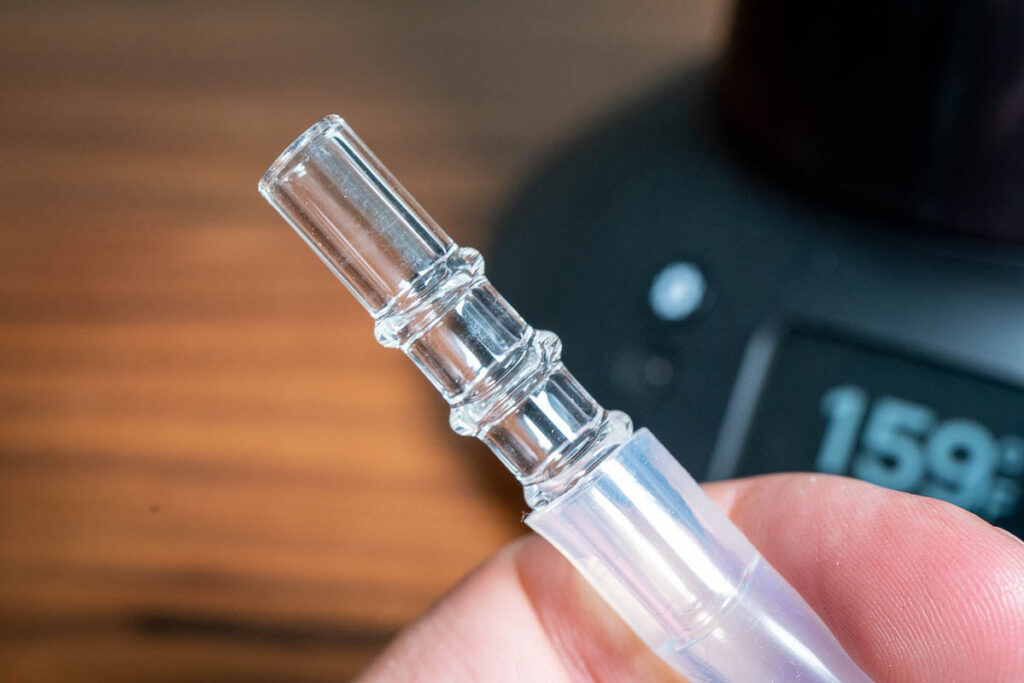 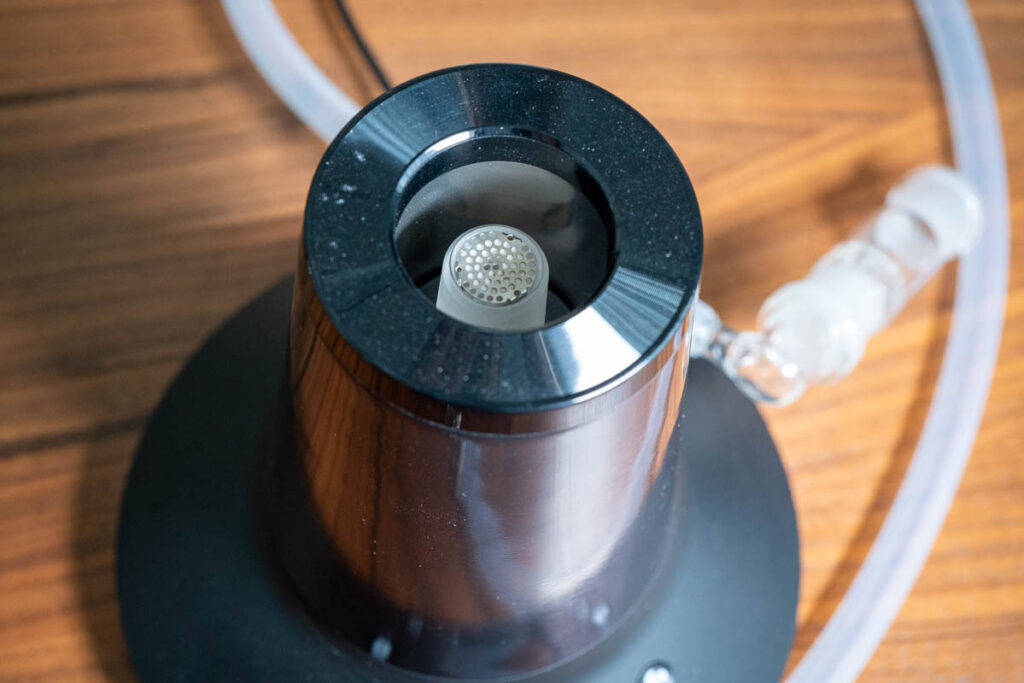 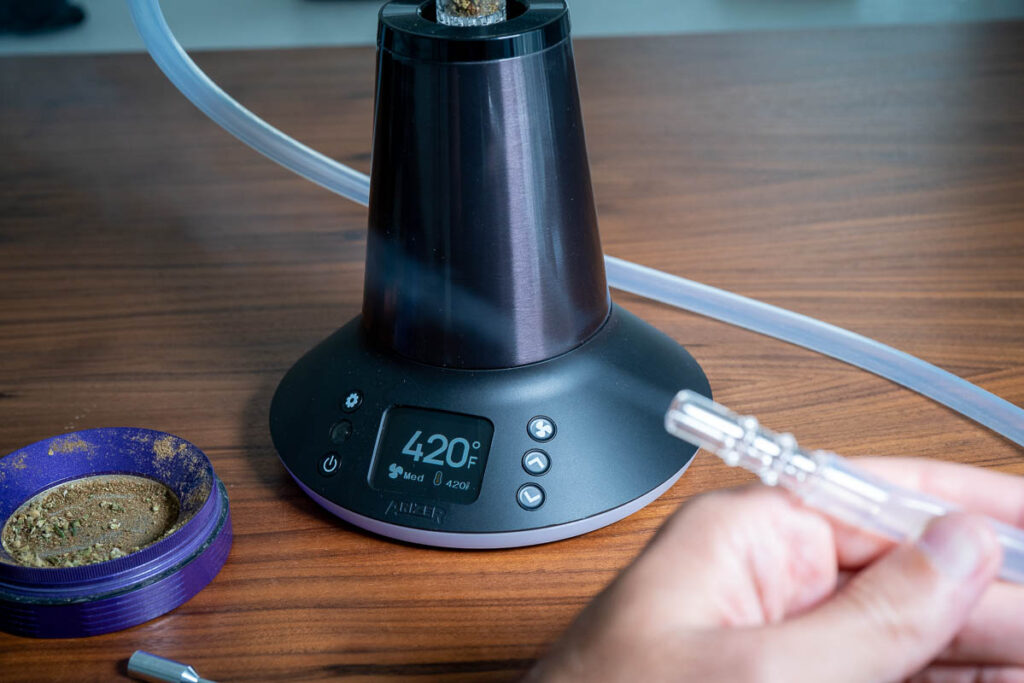 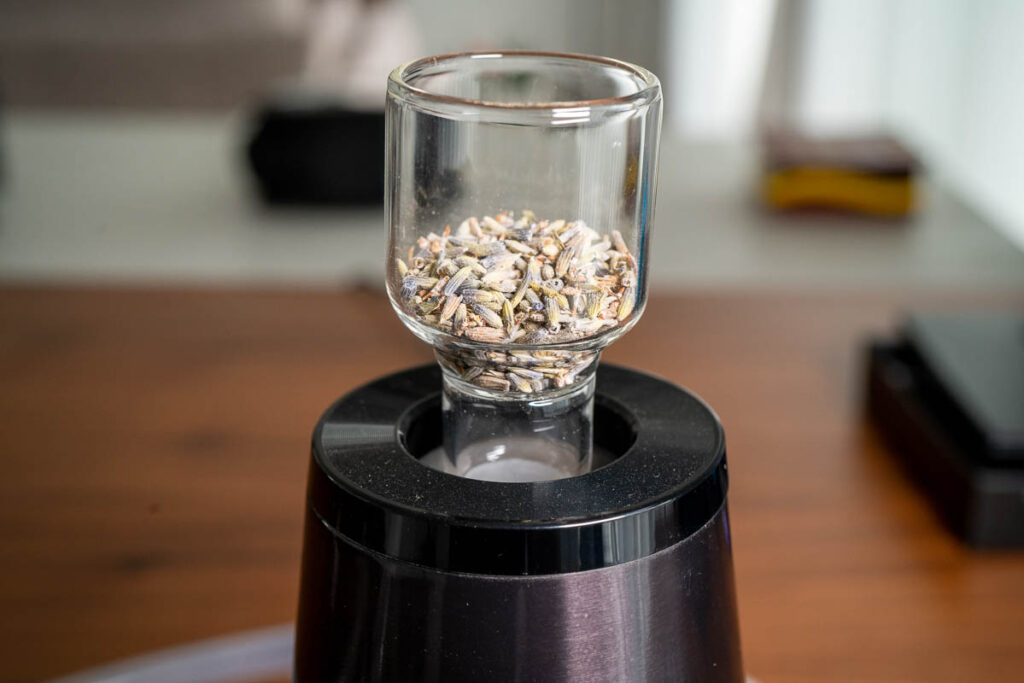 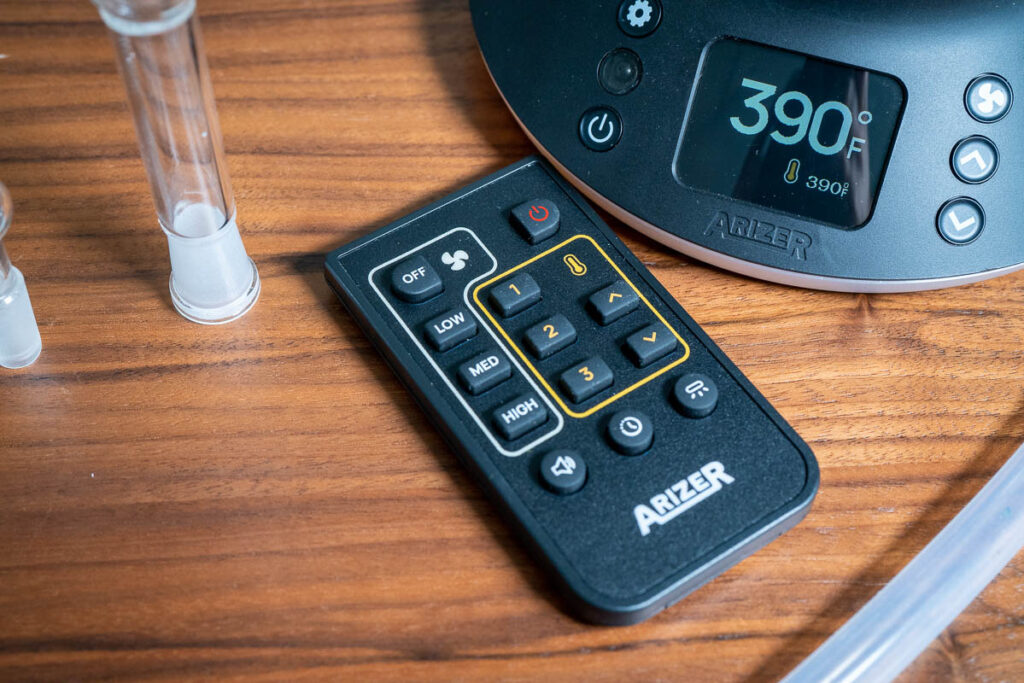