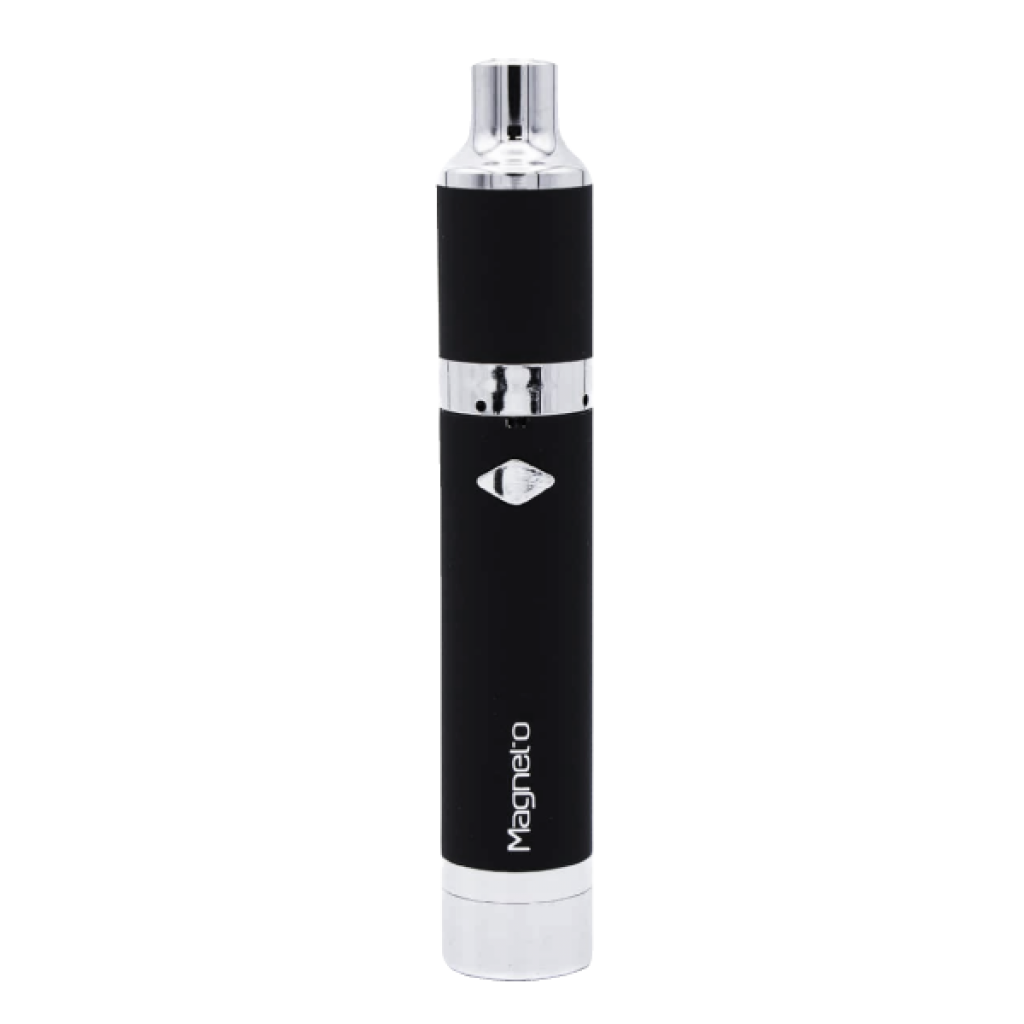 4.2 4.2/5
I wanted to like the Magneto but it simply isn’t that great. Considering how hard it is to maintain, the vapor quality simply isn’t good enough to overcome all the issues associated with it. I can’t recommend the Magneto even to beginners, much less to more experienced vapers.

General Design:  The Magneto is not the most stylish wax vape around but the steel casing that’s exposed at the bottom, middle, and mouthpiece give it a distinctive look. Of course, looks aren’t everything and the Magneto has some nice practical attributes which prove that point.

All the pieces—except for the 510 threaded atomizer—use magnetic connections, so putting the Magneto together is fast and easy.

Portability: The Magneto is a pretty bulky vape pen with a much thicker girth than most other examples in this category. This doesn’t inhibit portability since it’s an otherwise petit four inches in height. It will still fit in your pocket, but you won’t forget that it’s there like you would with a skinnier pen.

It feels good when you hold it too, in fact, it feels a little better than slimmer vape pens since you can get a better grip on it.

The odd shape of the built in dab tool means that it is hard to clean and needs cleaning frequently, which is not a great combination. It’s too small to use a swab or q-tip to clean it, so you need to immerse it in isopropyl alcohol for a few hours to get it clean. You should then rinse it out in warm water afterwards, and you need to do this after nearly every session.

The ceramic coil of the Magneto is cleaned using a q-tip that’s been dipped in isopropyl alcohol. Wipe down the coil and the inside of the heating chamber to get rid of any excess residue.

Voltage Setting: The Magneto has a single voltage setting, but its exact number is unknown, since Yocan does not release that information.

Vape Pen Performance: The Magneto only has a single power setting, so it is pretty easy to use for beginners. More experienced vapers who want some temperature regulation will be disappointed though. The only thing you can do is press and release the power button intermittently if you want to keep the temperature somewhere below the maximum. The Magneto can reach a pretty high temperature—and does so pretty quickly—but I can’t tell you what it is since Yocan doesn’t tell you.

The dab tool in the atomizer cover is a nice idea in theory, but in practice it has some problems. It’s shaped like a bell and the wax goes into its mouth when you dip it in your supply. It’s good at holding the wax, but not so good at releasing it. What this means is that you need to hold the Magneto vertically to make sure that the wax drips down onto the atomizer. Even then, some of the wax might be left in the mouth of the dab tool and not vaporize properly.

At least you won’t be wasting too much of your wax since the Magneto is better with small loads than large ones. You’re better off using a normal dab tool and placing your wax directly onto the atomizer.

Vapor Quality: The vapor quality isn’t the best. Most likely because of the single temperature setting, the configuration of the dab tool, the atomizer, or a combination of all those factors. Aside from the relatively average quality of the vapor, the airflow is good at first, but can get clogged really quickly.

Battery Performance: The battery has an 1100 mAh capacity, which means that you can have a few days of moderate vaping before it needs to be recharged. 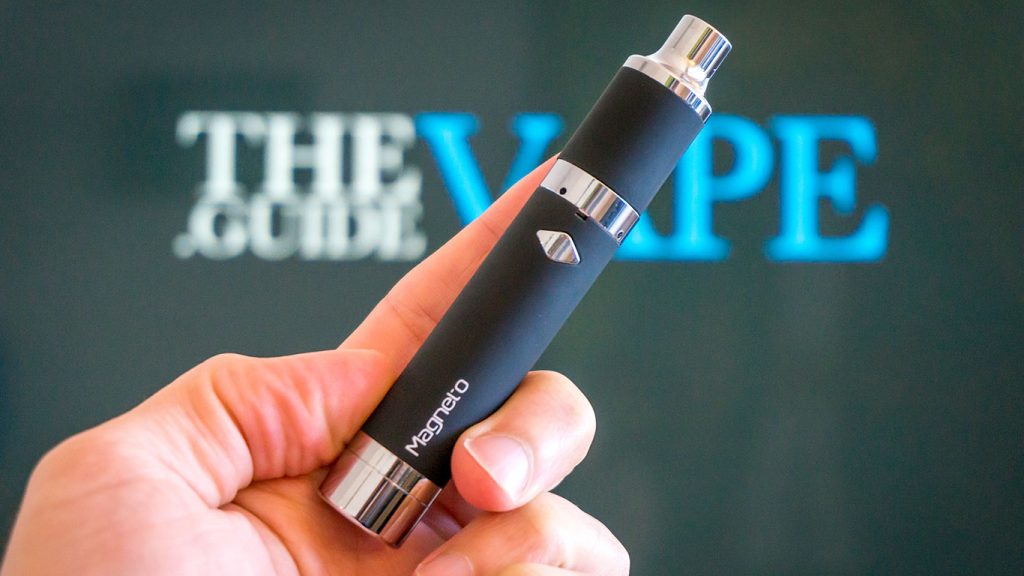 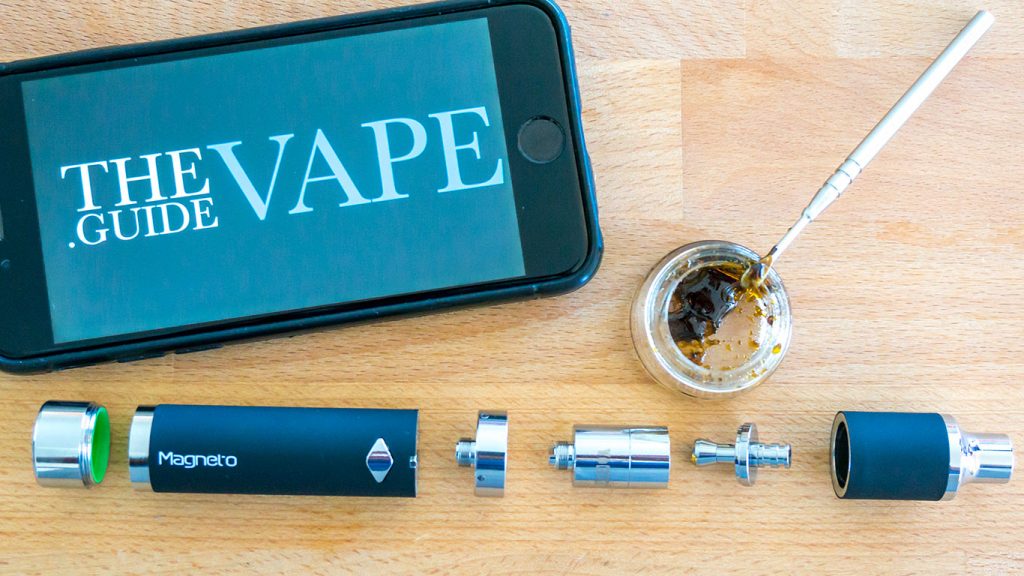 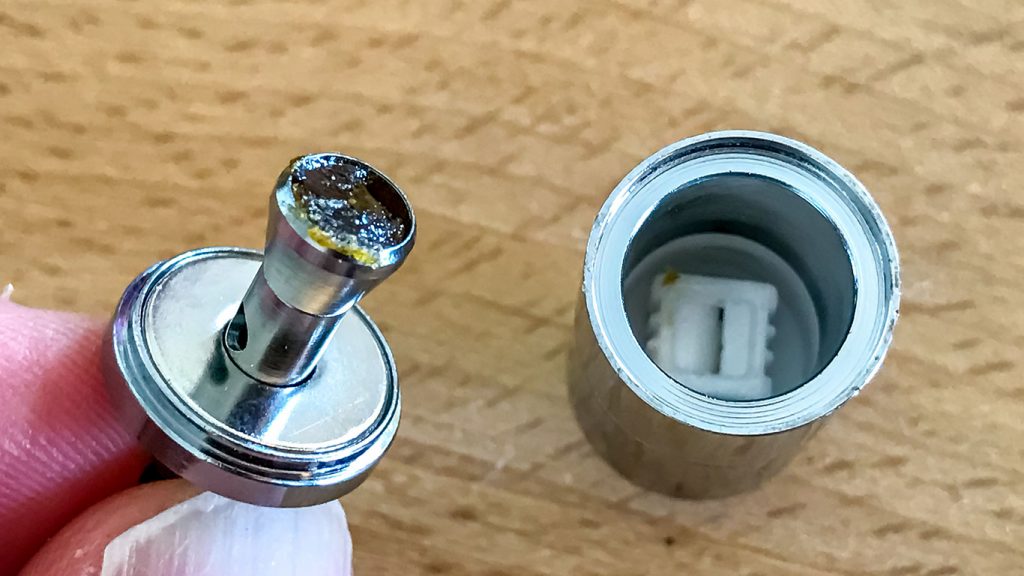 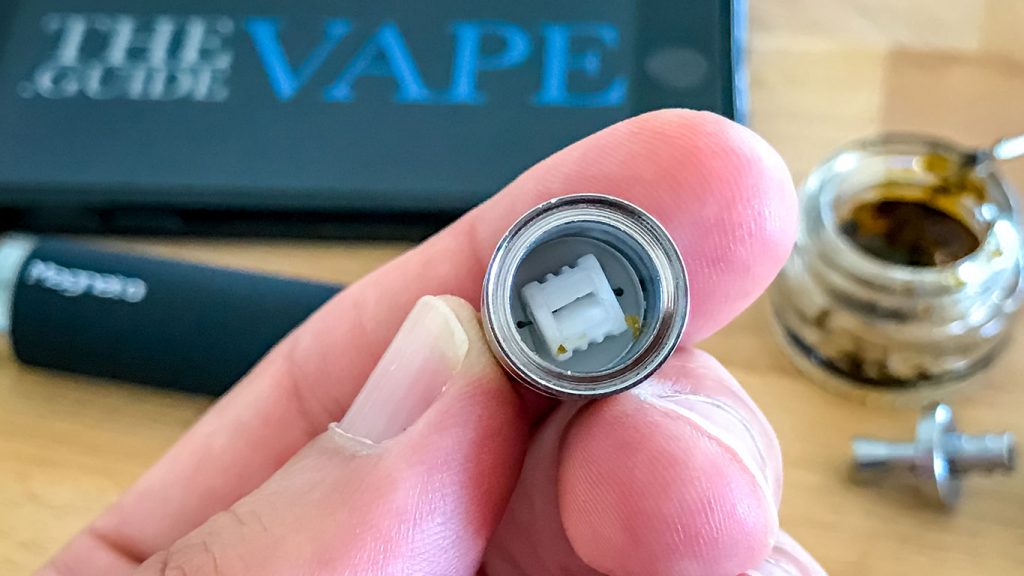