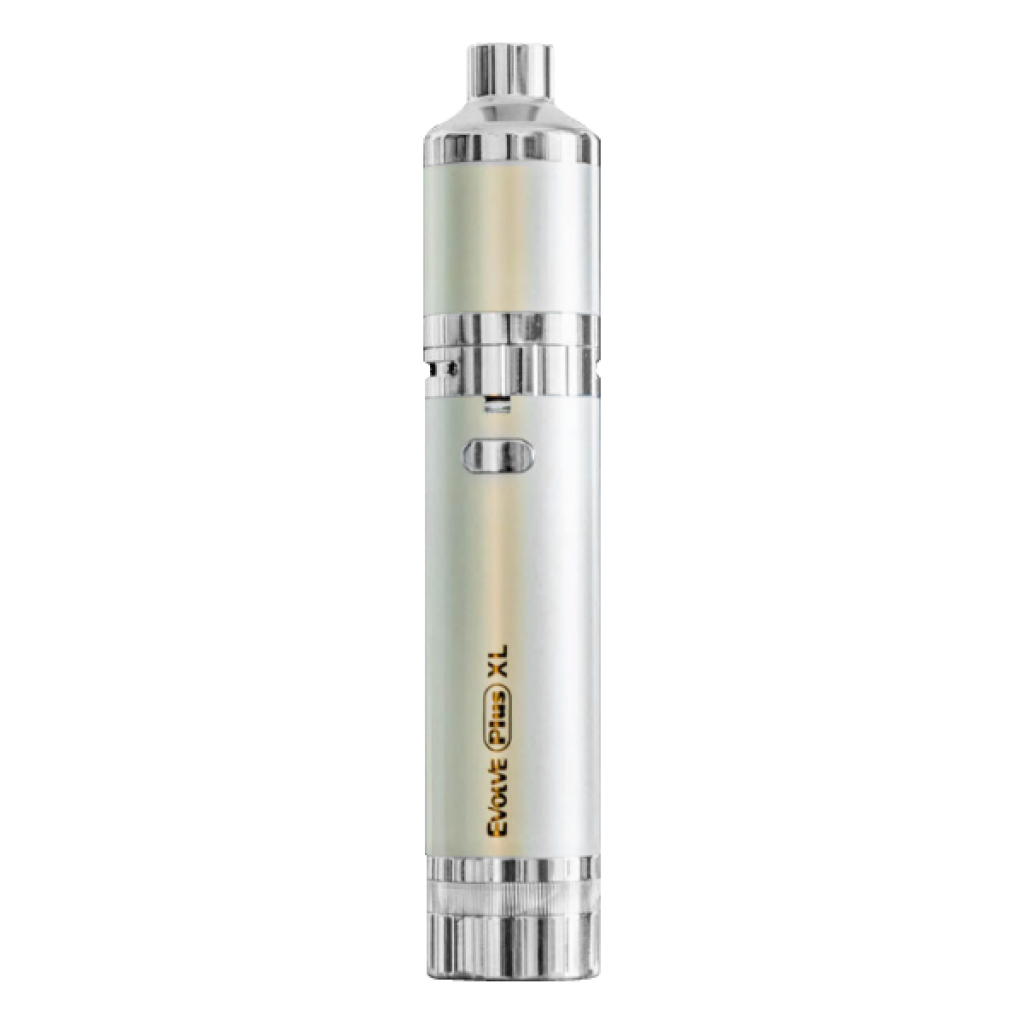 4.3 4.3/5
The Evolve Plus XL is third in a line of simple, straightforward, and hard-hitting concentrate vaporizers. With only the quad quartz coil as an option- be ready for vapor that is warm and dense. It’s a great option for heavy users or anyone who’s looking for a device that simply does the job without too much fuss, and comes at a fair price tag.

With a manufacturer as dynamic as Yocan (visit store), it’s no surprise that users are spoilt for choice with their lineup of products. On top of having a product seemingly made for everyone-  Yocan also has one of the most affordable price points on the market today. The Yocan Evolve Plus XL follows other concentrate vaporizers like the Regen (review) and the Armor (review).

True to its name as well- the Yocan Evolve Plus XL is the third evolution in their Evolve line. Each Evolve pen being bigger and better than the last, whilst still maintaining the signature columnar design that the devices are known for. Made for new and expert users who want dense vapor without too much fuss. The Evolve Plus XL features a medical-grade stainless steel body, a powerhouse quad quartz coil, a 1400mAH battery, and a practically foolproof user interface.

Compatibility: I used my device with StrawNana CBD dab and Pineapple Express CBD Shatter from Steve’s Goods.  (CBD is available to ship across all 50 states)

As with all Yocan Products, the Evolve Plus XL comes with a pretty lean kit. Though lean, it’s definitely enough and all you need to get started.

As mentioned earlier, all the versions of the Evolve share a sleek columnar design that’s crafted out of Yocan’s signature material- medical grade stainless steel. At 115mm tall and 22mm wide, it’s not exactly handy, but it’s portable enough to carry around in a bag or a purse. It definitely feels solid in your hands, with most of the weight resting on the bottom half of the device where the battery is located.

One of the best things about this device is that it’s not complex at all, it’s simple and straightforward. A stark comparison to the many, more complicated designs out there. It also looks very similar to another Yocan product, the Yocan Loaded (review). The single firing button and the adjustable airflow are ergonomically placed so no user has to fiddle around looking for the controls.

Moving parts, in my humble opinion – are cool to start with, but eventually, contribute to the device’s wear and tear. The Evolve Plus XL has very minimal moving pieces- the only things that are constantly attached and reattached are the mouthpiece and the sneaky dual-chamber dab container at the bottom. These parts are fully secured by magnets to keep them from loosening or falling out.

Under the coils and above the battery is the small airflow control valve. For a device at only $60, this is definitely a good feature. Increasing the airflow will cause more air to pass through the coils resulting in cooler, lighter vapor – which is definitely good especially since the Evolve Plus XL has a monster quad coil.

The pre-installed quad coils do require a good amount of power and it’s a good thing this device has a 1400mAH battery – which is definitely enough power for over a day of use. Charging time, however, may run a little long at about 2 hours with the included micro-USB cable.

This device is as simple as it is powerful- the quad quartz coil is definitely a powerhouse and is the biggest feature of this device. This coil makes the resulting vapor incredibly dense and thick, but the added airflow control provides a certain level of flexibility. There’s also a generally larger surface area for you to load your material into and I highly recommend evenly spreading your wax around the coils for a fuller hit.

This advantage does come with a slight cost- loading the coils is definitely a bit more time-consuming and you’ll end up using more material than normal. To offset this, there’s no time wasted in setting temperatures with the single firing button- simply press and go. Flavor-wise, it’s above average- with the first hit being more flavorful than the next few, which ended up tasting slightly burnt.

Since the entire device is made with stainless steel- it’s expected that it’ll get warm when used in succession. However, considering the amount and density of vapor- any user is bound to put it down after a hit or two.

Streamlined, with absolutely no learning curve- the Yocan Evolve Plus XL is made for beginners who also happen to be heavy users. The added concentrate jar (which holds about 1g of material) definitely comes into play here – since you’ll need a good amount to use this device.

The powerful quad quartz coils pack a punch and deliver an unmatched amount of vapor. However, I simply wish there was more flexibility in terms of temperature or even the option to switch to a dual coil. If you’re after the same sort of control, I highly suggest looking at the Yocan Loaded.

See how the Evolve Plus XL compares to best dab/wax vape pens of this year. 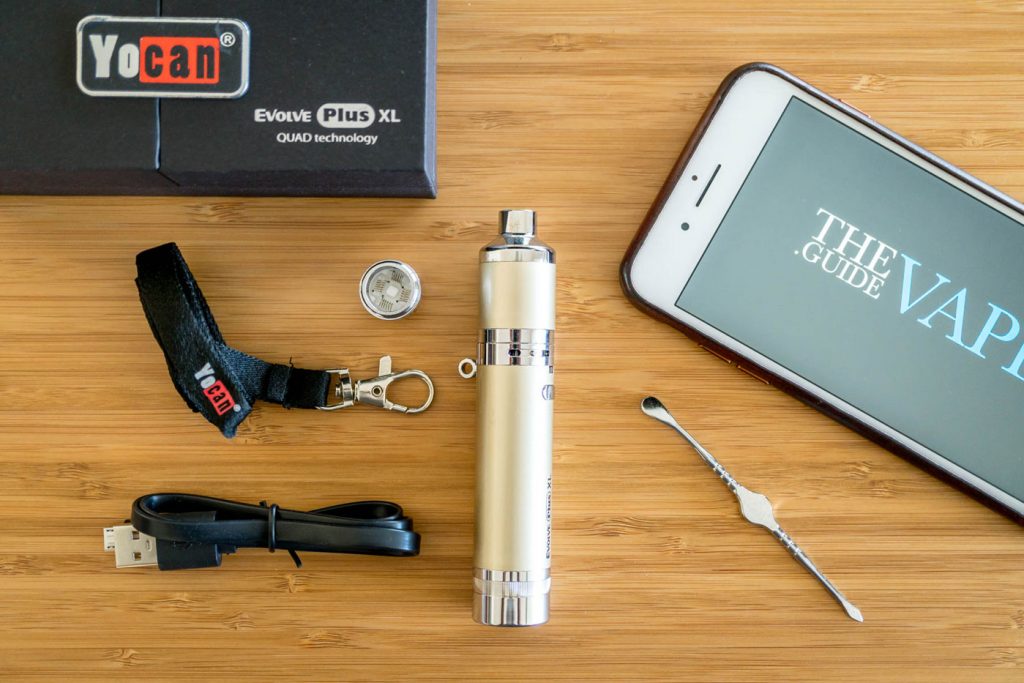 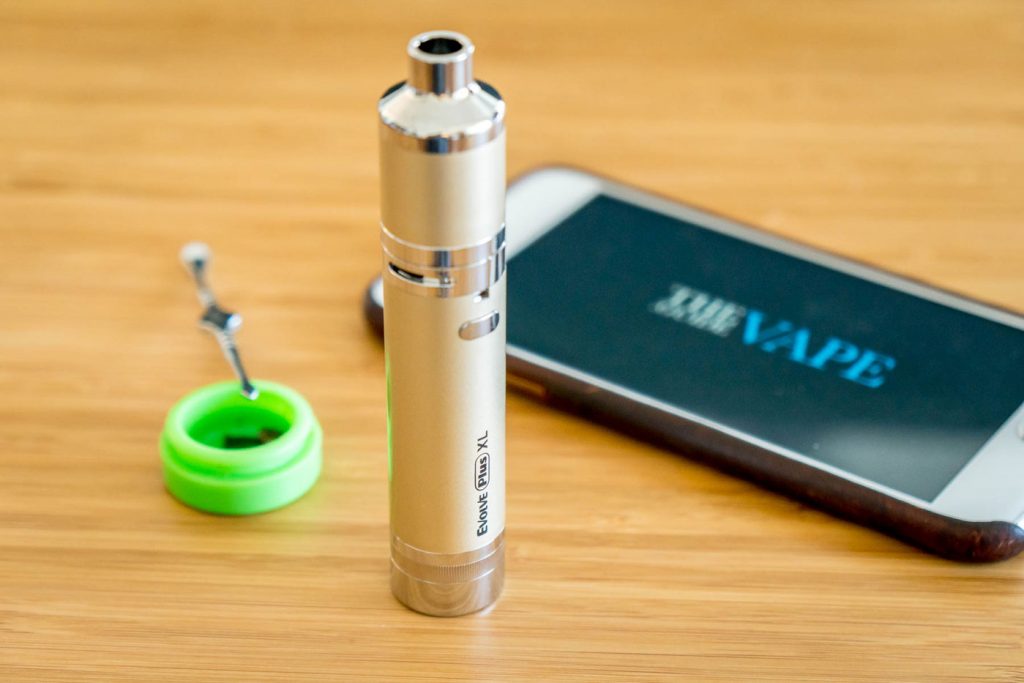 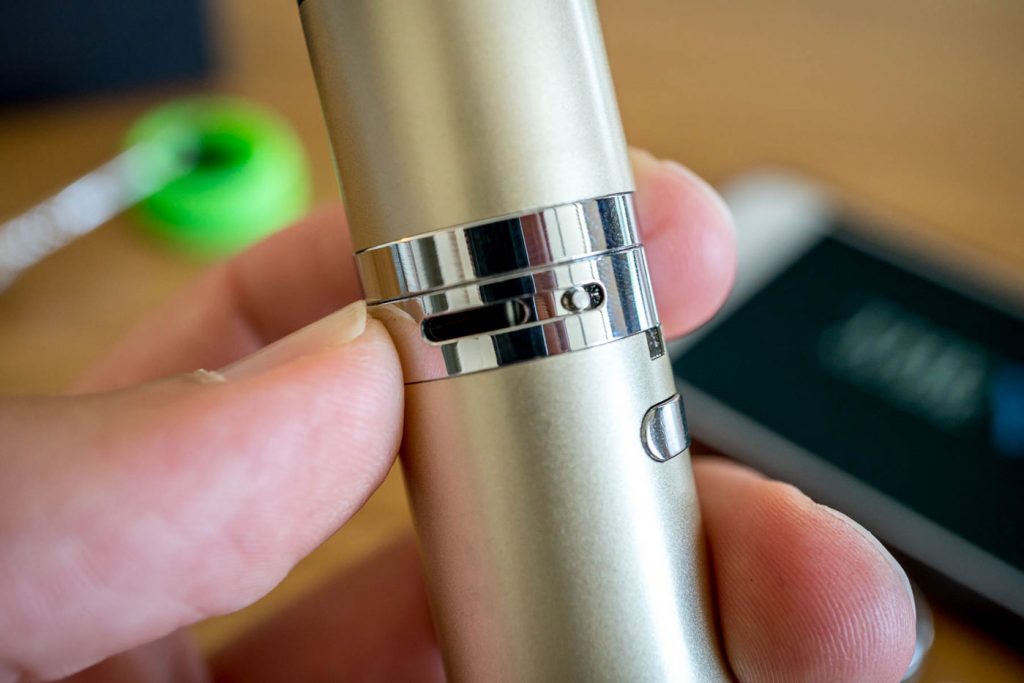 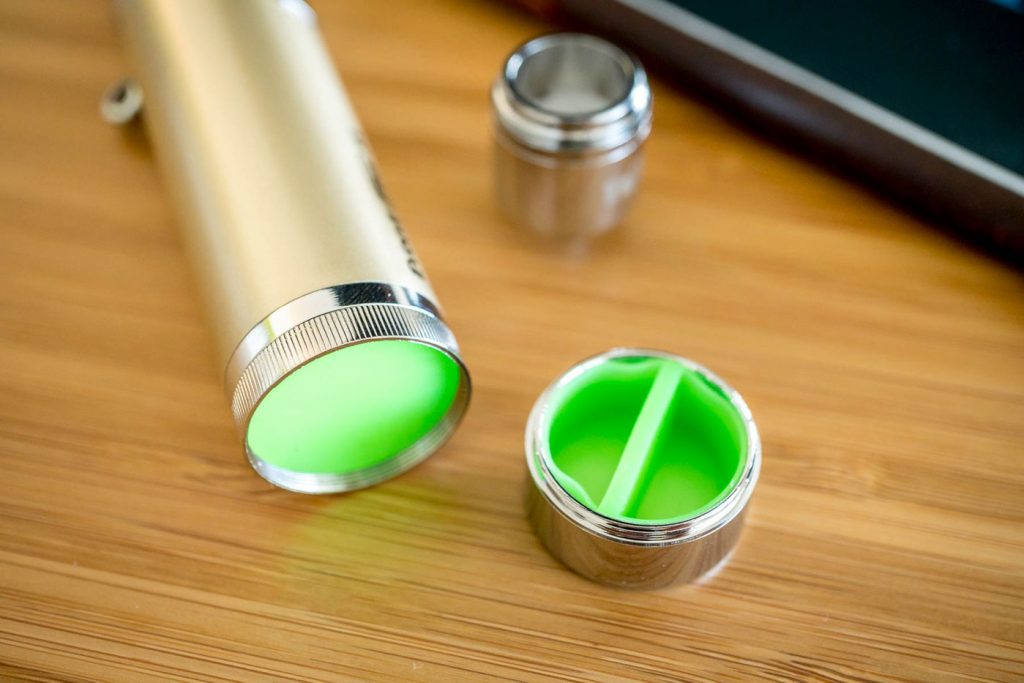 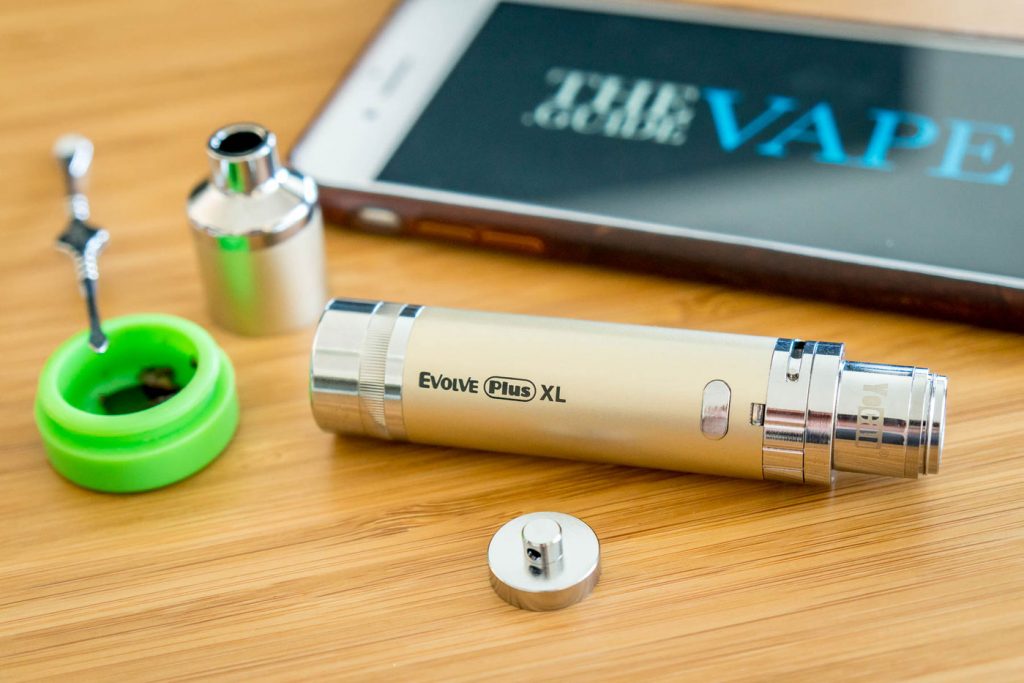 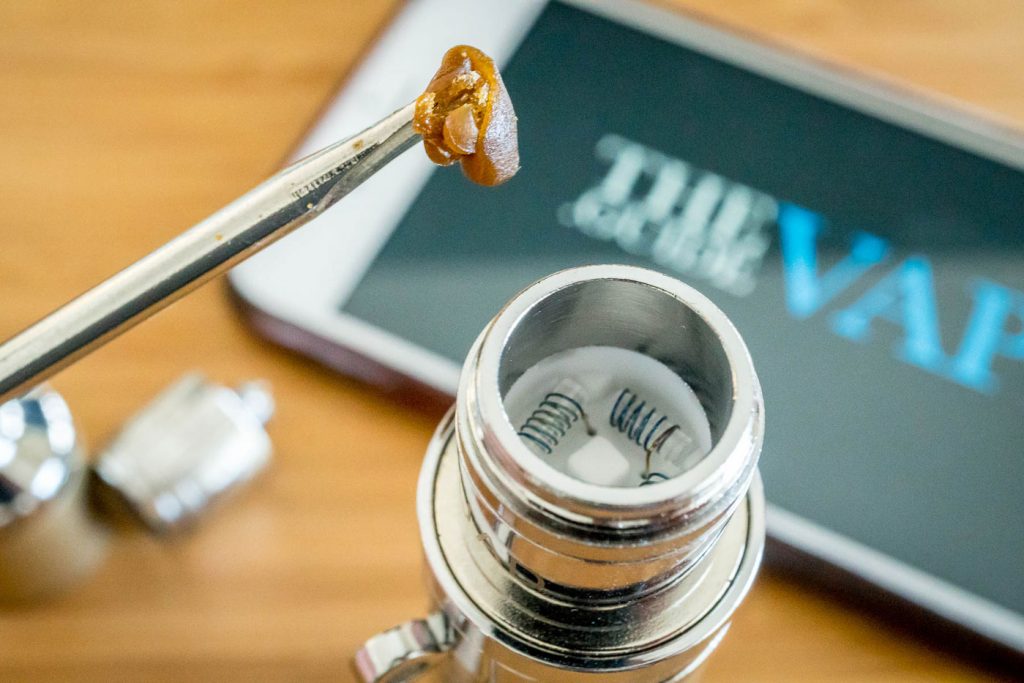 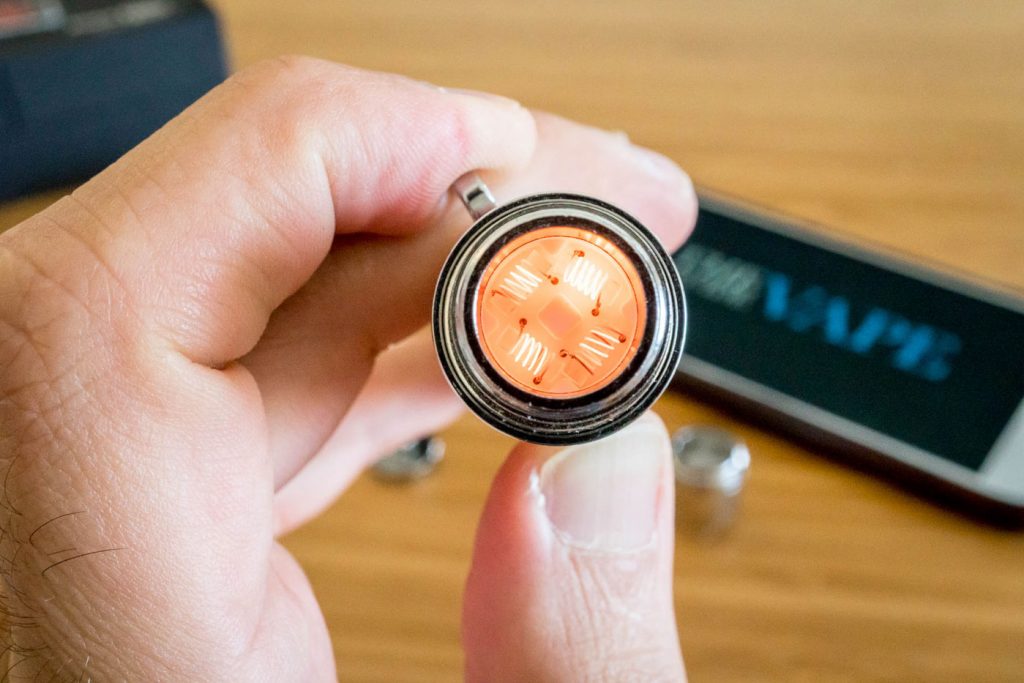 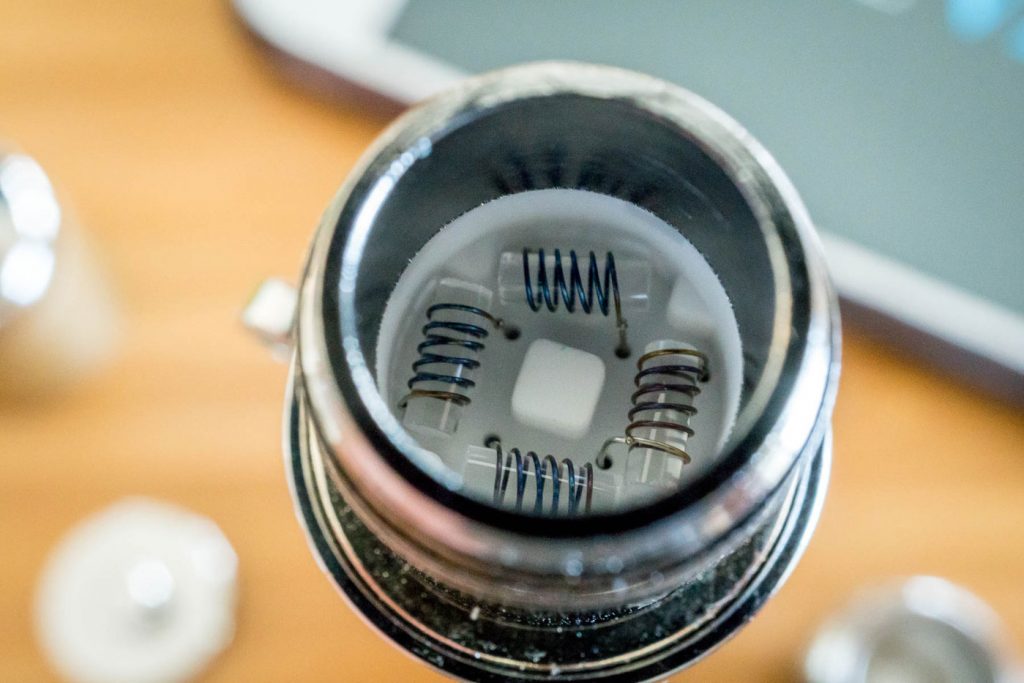