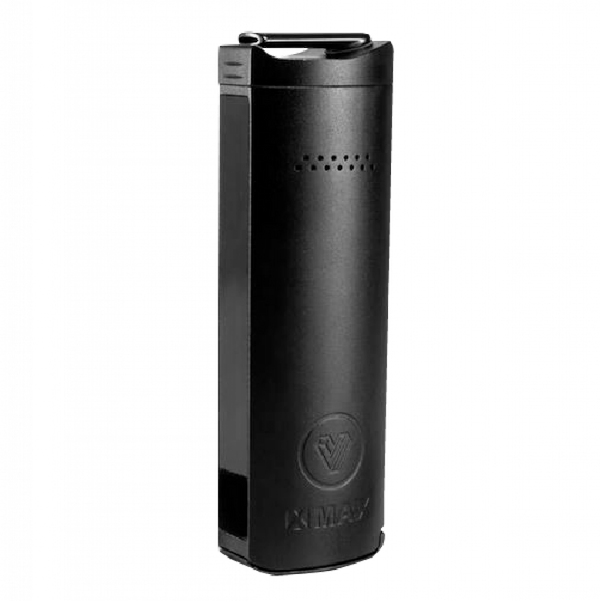 4.5 4.5/5
XMax Starry V3 offers a great value for the money, providing premium features that aren’t usually seen on a $100 device. It’s easy to use and feels solid and sturdy despite its size. It has a uniquely shaped swivel mouthpiece that’s made out of ceramic zirconia and it offers precise temperature control and haptic feedback.

Founded around almost a decade ago, X-Vape has a track record of releasing good quality vaporizers at a decent price. The original Starry has been released years ago and has been known as one of the best herb vapes under $100. This third iteration (V3) adds haptic feedback, improves vapor production, and upgraded magnetic zirconia mouthpiece.

Other interesting releases from X-Vape include the ARIA dry herb vaporizer (Review) and the newly released VISTA MINI 2 (Review) which is a small and portable electronic dab rig.

The Starry kit contains everything you need to get started (except for the actual herb od course.) It is compatible with dry herbs, and with extracts using the included pad.

Also available from Vape-Smart is a Water Pipe Adapter & Glass Bubbler which you can separately purchase and extend its functionality and allow use with dab rigs.

At 4” tall, the starry is small and sleek, and can be used discreetly and easily fits in a pocket or a purse. The vape is square-shaped and eclosed in an Aluminum body, which makes it feels sturdy and balanced when holding it. Unlike other small vaporizers, it’s presence is very confident and it feels well made.

Starry has a straw style ceramic zirconia mouthpiece that comfortably swivels in and out.

The mouthpiece is magnetic, which I find very comfortable to operate. The magnet is pretty strong so you won’t need to worry about it snapping off in your pocket and spilling your precious herb everywhere.

As mentioned above, the Starry has a ceramic heating oven, with 0.3-gram capacity. The top of the oven is an oval-shaped funnel which makes it easy to slide dry herbs into the chamber.

It uses a conduction heating method, which did a good job in terms of efficiency, and the herb was completely cashed at the end of my sessions.

The Starry has precise temperature control and a digital screen. The Temperature Range is 212°F – 464°F and can be easily set through the buttons adjacent to its screen.

The Starry is powered by a single 18650 battery that is removable, a feature not often seen in portable vaporizers, and considered preferable by users. When you’re on the go or don’t have a charger available, you can simply replace an empty one with a fresh one and keep it going.

Moreover, when something goes wrong with the battery, you can simply replace it. Unlike built-in batteries that are common in other vapes, using a replaceable battery makes the device future-proof and easier to fix in case of a battery failure.

Starry shares the same issue with other small units since the heat has nowhere to dissipate, it warms up when using the upper-temperature range, and the mouthpiece gets pretty warm when vaping at high temperatures.

Haptic feedback is one of the 3rd version upgrades, and pretty rare for vaporizers at this level. It will indicate when the vaporizer reaches the desired temperature.

The heat-up time is about 35 seconds, pretty fast for its high-temperature range.

Considering its price tag and size, Starry surprisingly produces nice clouds and flavor. Vapor quality-wise, however, is not at the same level as some top vaporizers we’ve seen such as the Crafty+ and Mighty (Review), or even Uttilian 722 (Review), which is somewhere in the middle.

I suggest staying in a temp range of 370°F to 390°F for ideal vapor flavor, and stay away from the upper range, 400°F and up since the vapor may get pretty harsh.

When fully charged, the battery lasted about 6-8 sessions, depending on your vaping temperature. It takes about ninety minutes to recharge, which is about average but if that seems too long, then you can just swap out the dead battery for a fresh one.

All three are considered good vapor quality portable vaporizers, but here are some comparison points:

Performance: Vapor quality wise, the Fury is the best out of the three. But with a very similar design, you can also check out Uttilian 620 Vaporizer (Review), which improves upon the Fury design, similar shape, and performance, but uses a magnetic mouthpiece which is preferable. Number 2 performance-wise is the Starry, despite the fact it slightly gets warm while vaping, its value is pretty good for its friendly price. The G-Pen Dash would be my third choice considering the others.

Battery: The Dash has the weakest battery, as expected considering its the smallest.

The Starry is the only one out of the three, with a replaceable battery, which is a leading feature we want in our device.

The XMax Starry uses a design that has been proven to work well, and Vape-Smart (visit homepage) sells a rebranded version of it. There is no difference between the POTV version and this original version sold by XVAPE. 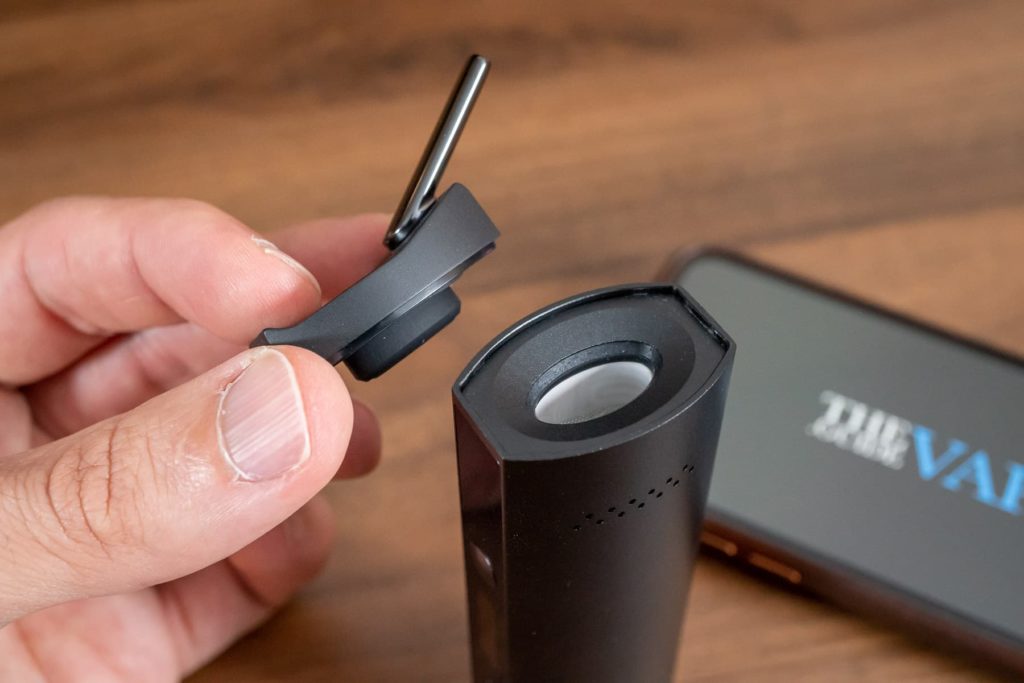 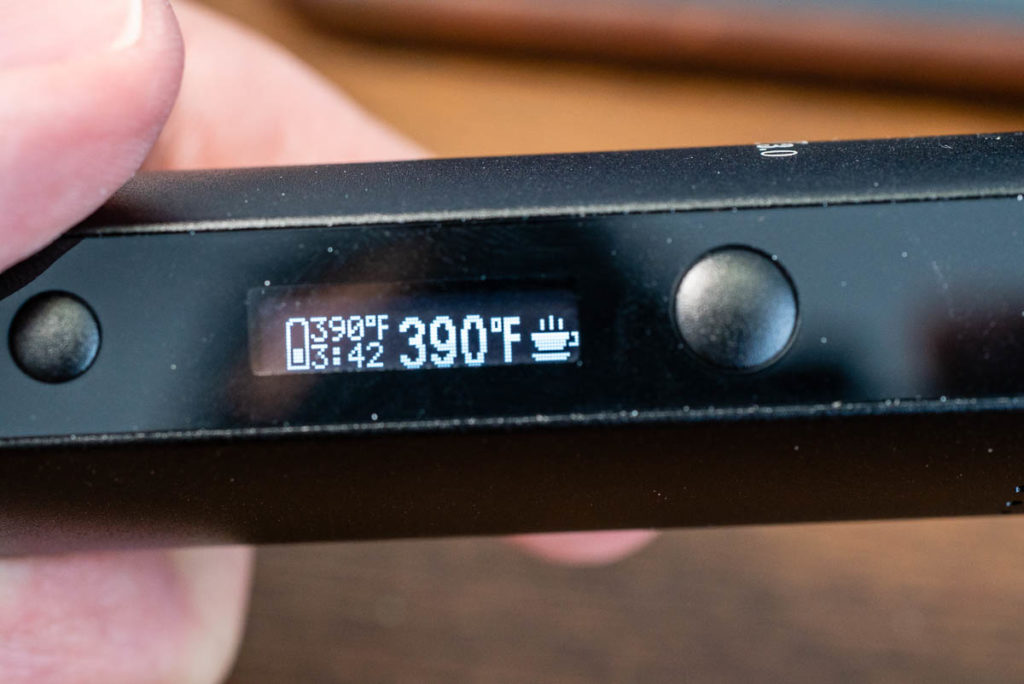 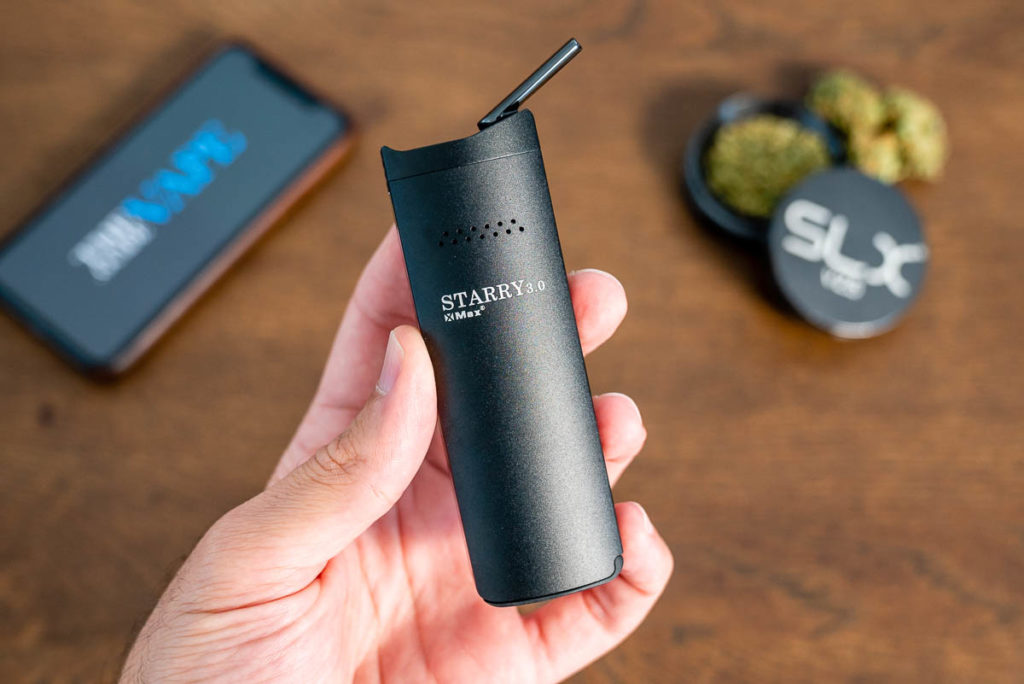 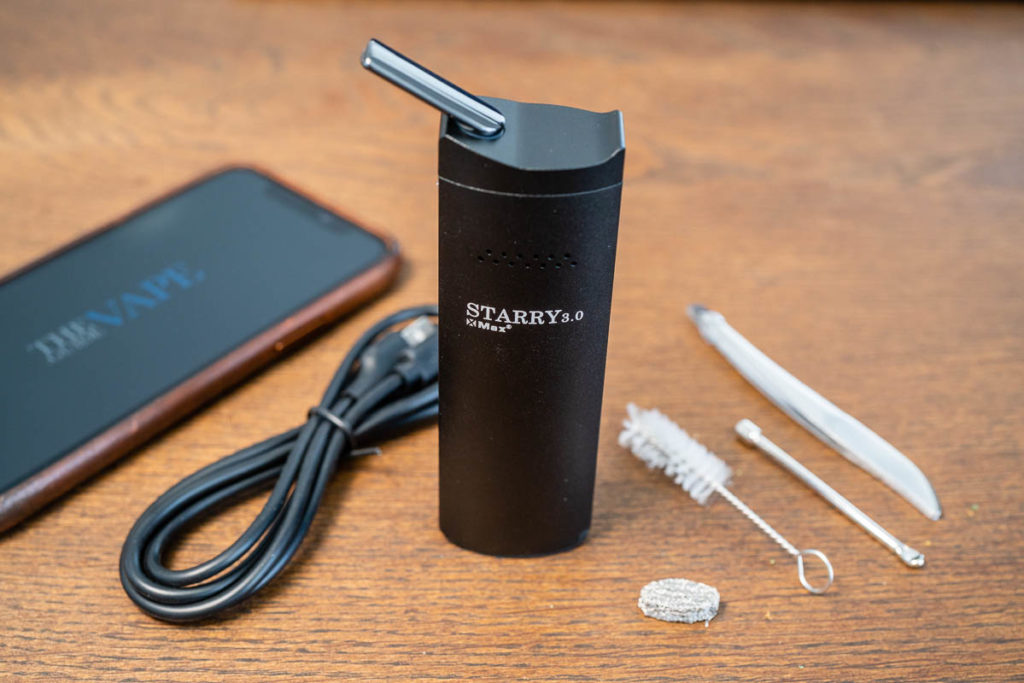 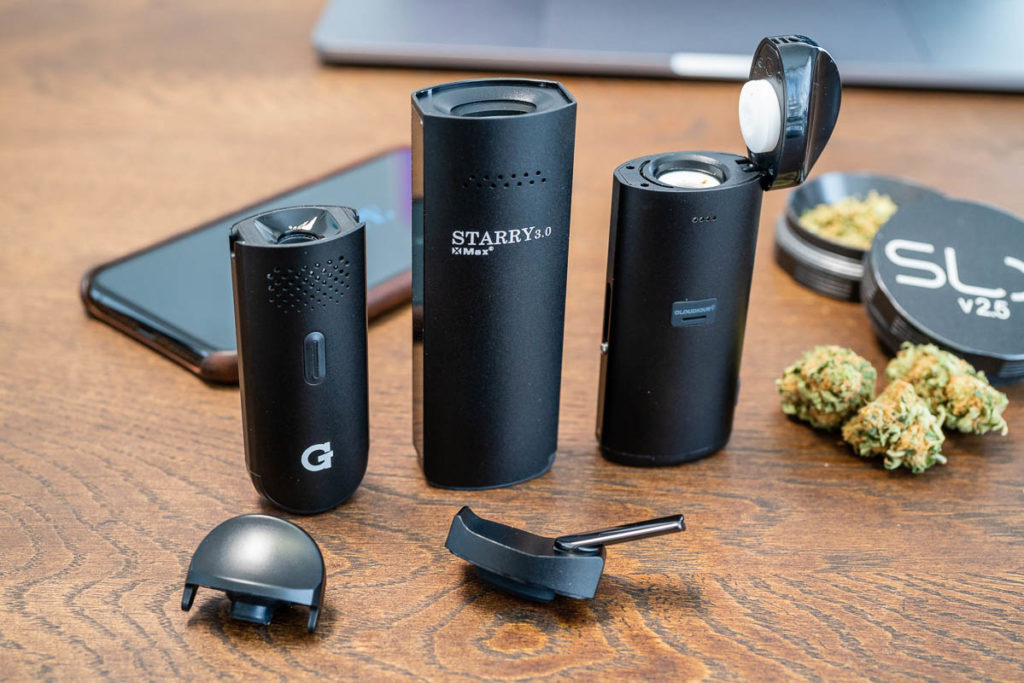 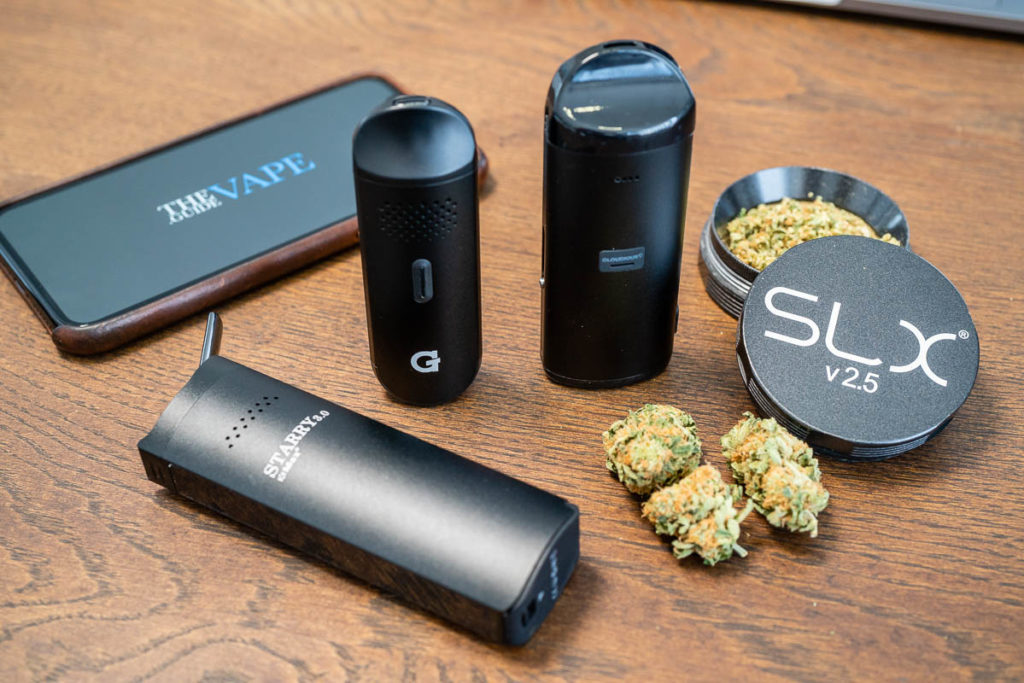 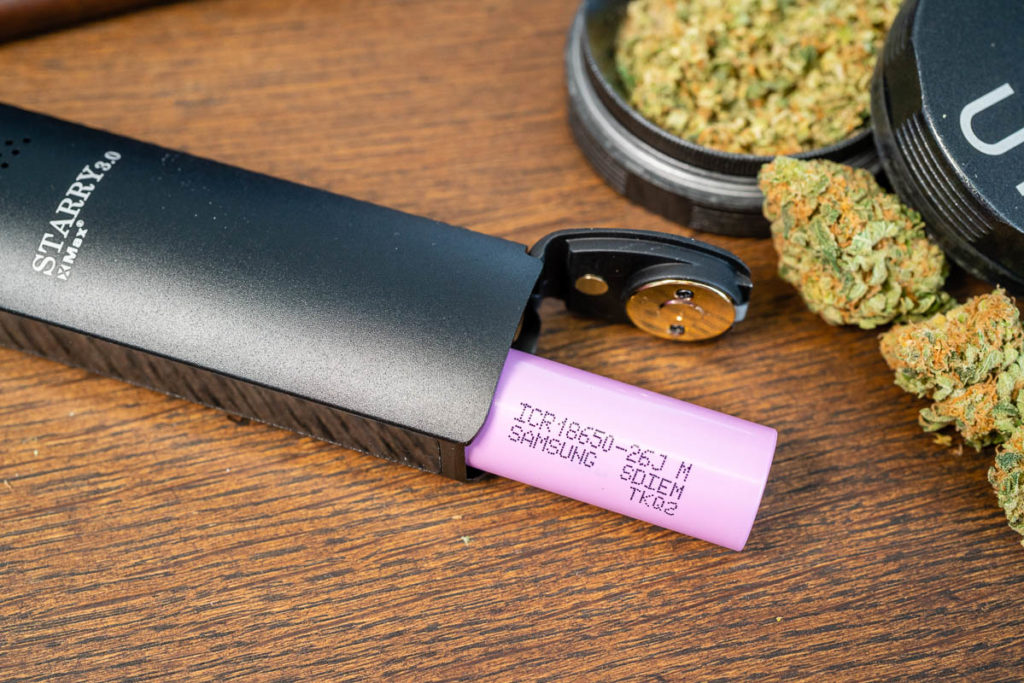 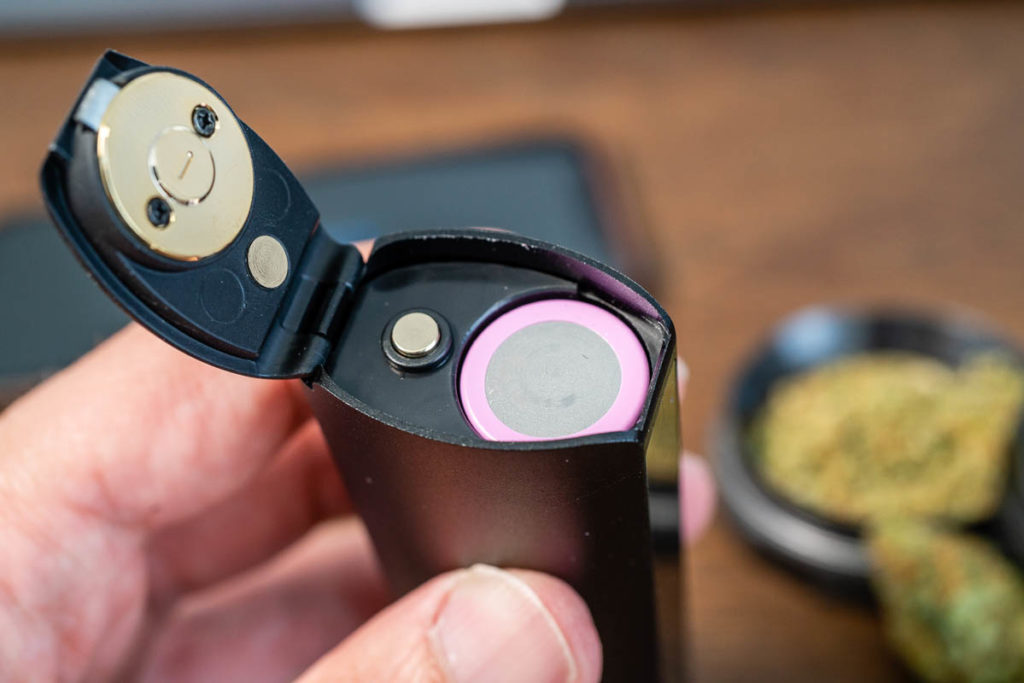 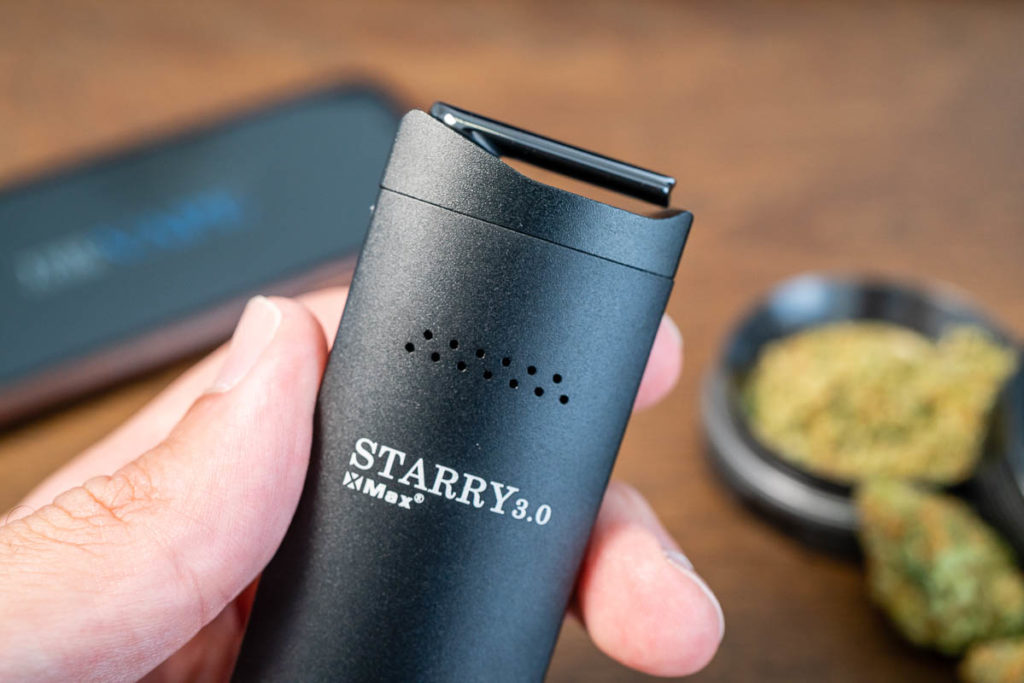 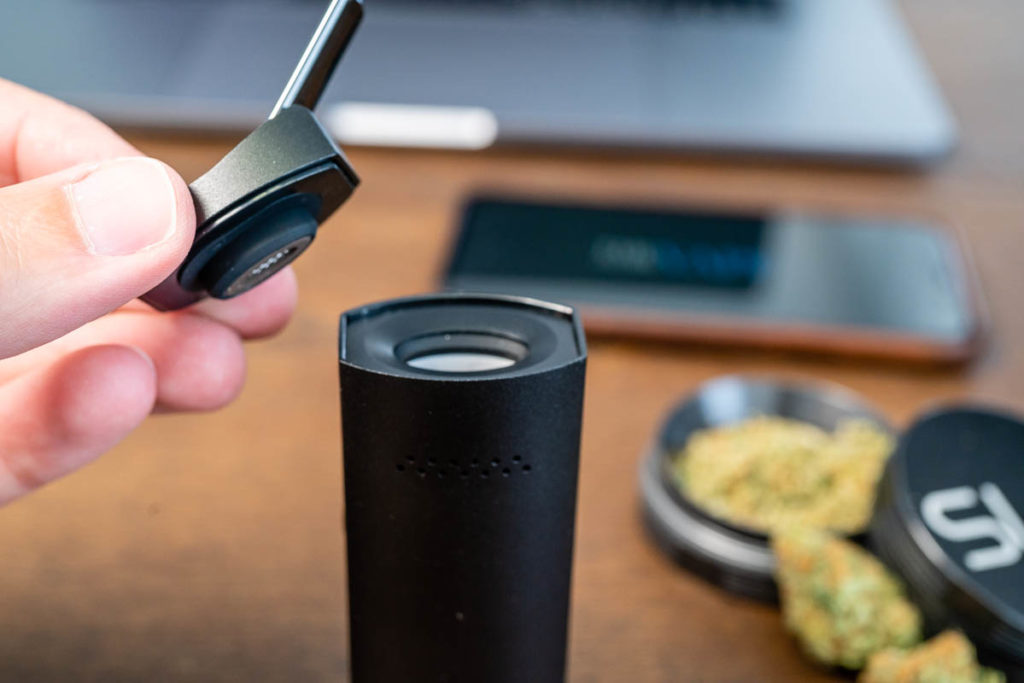 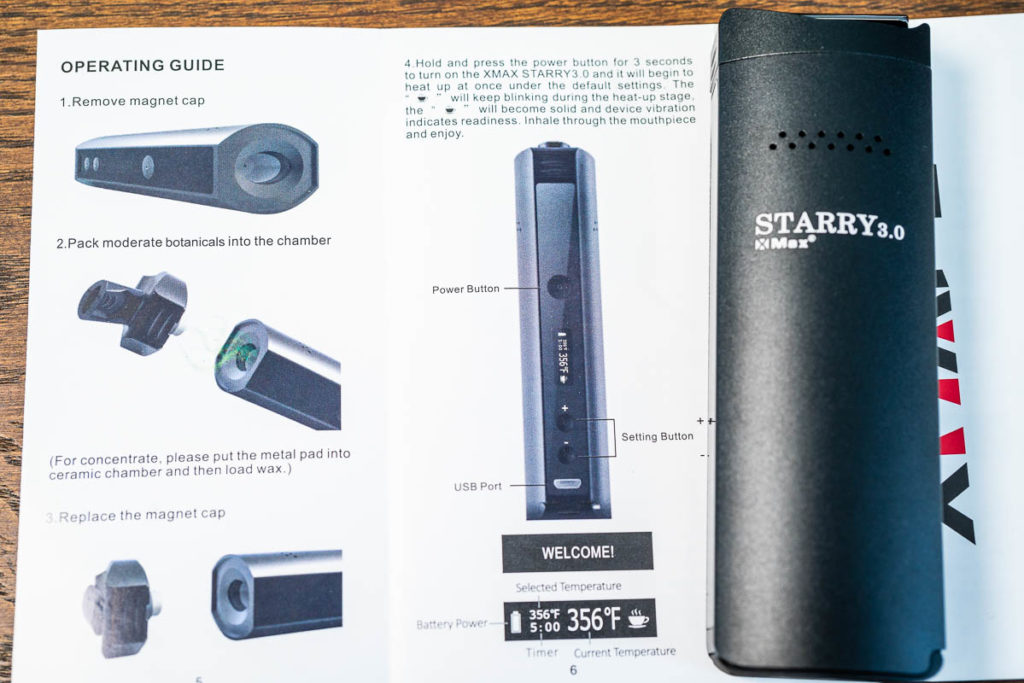 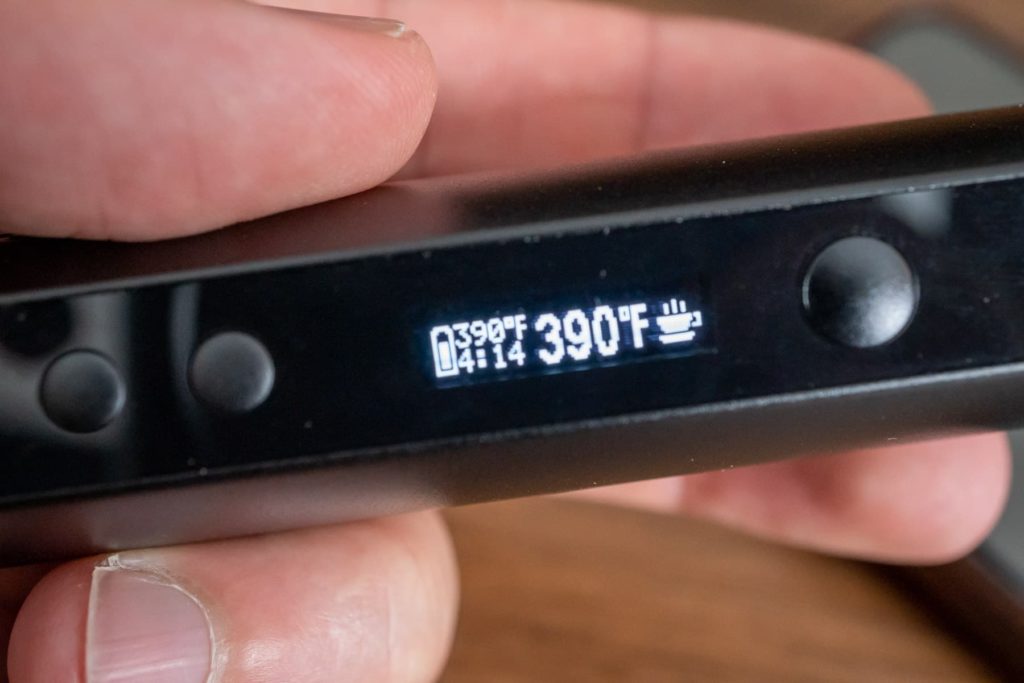 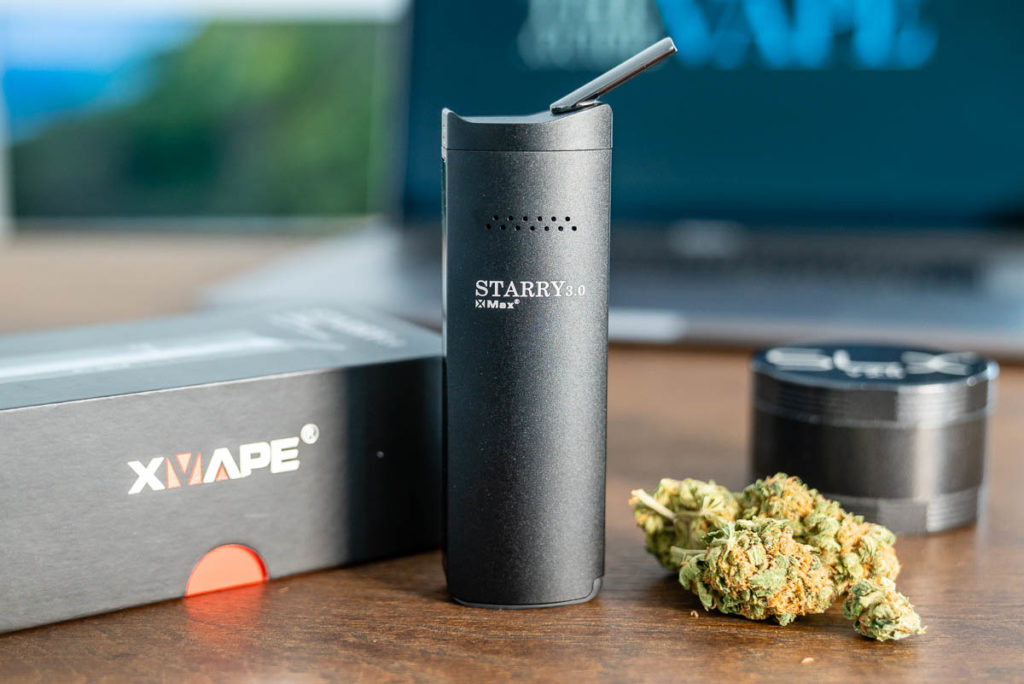 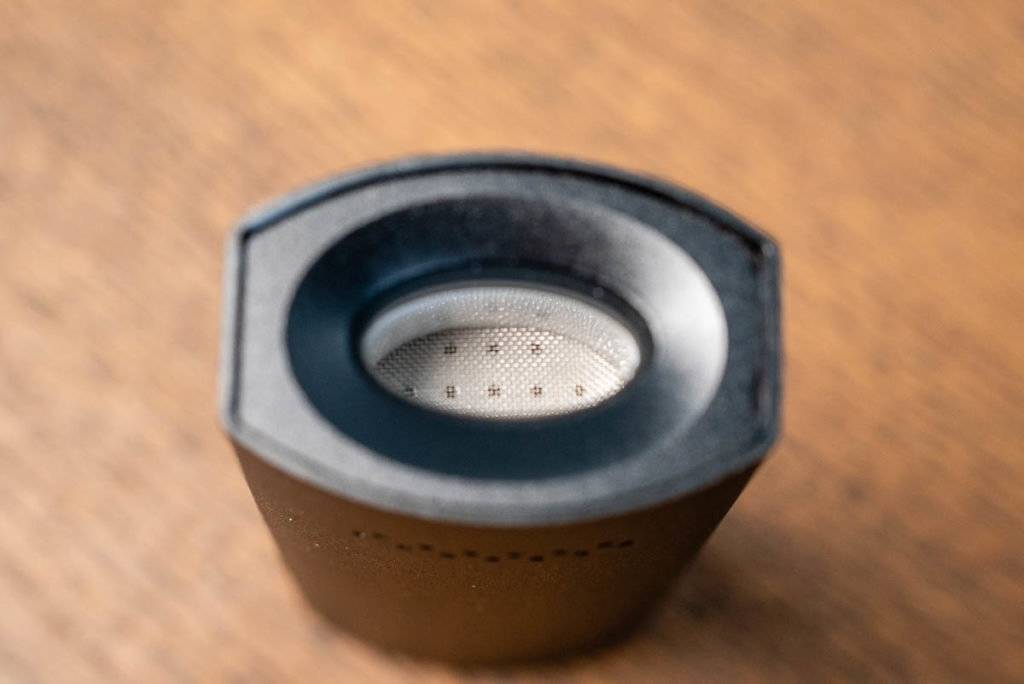 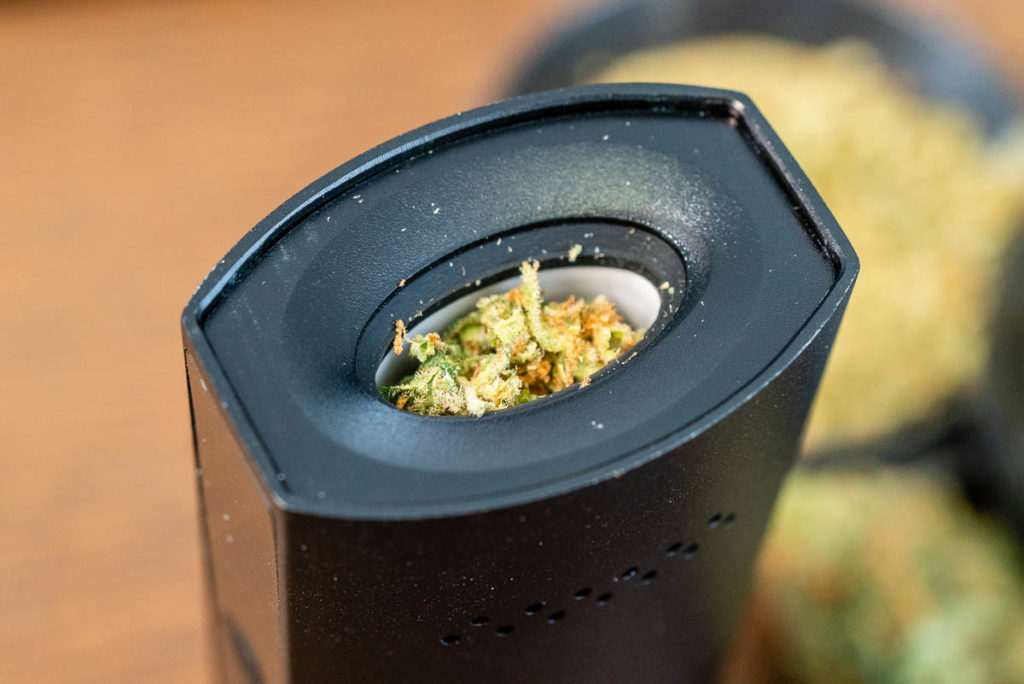 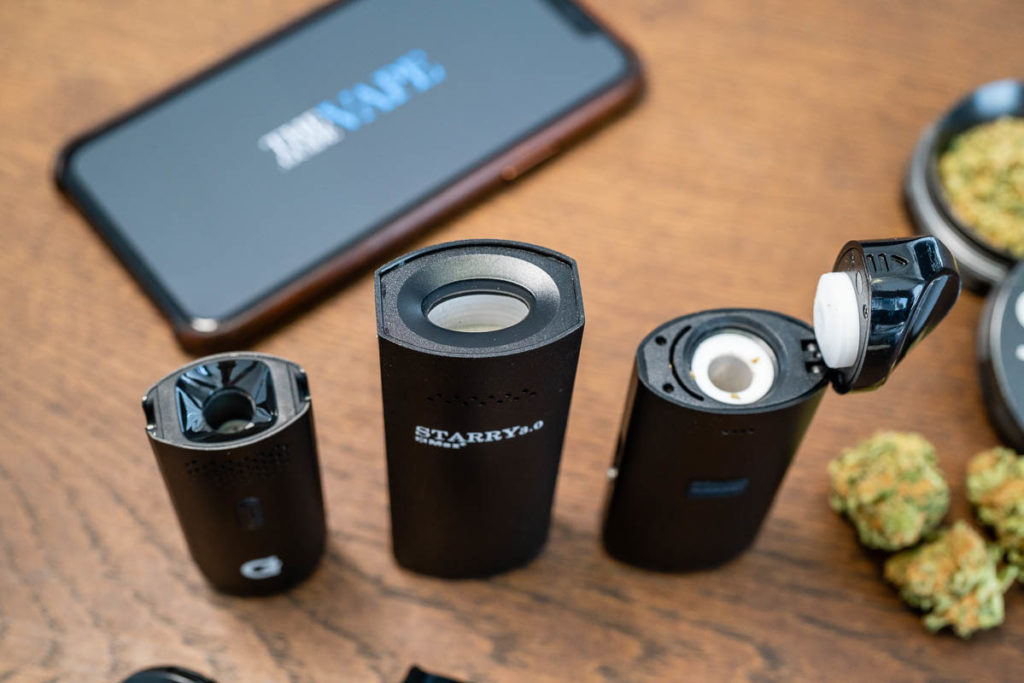 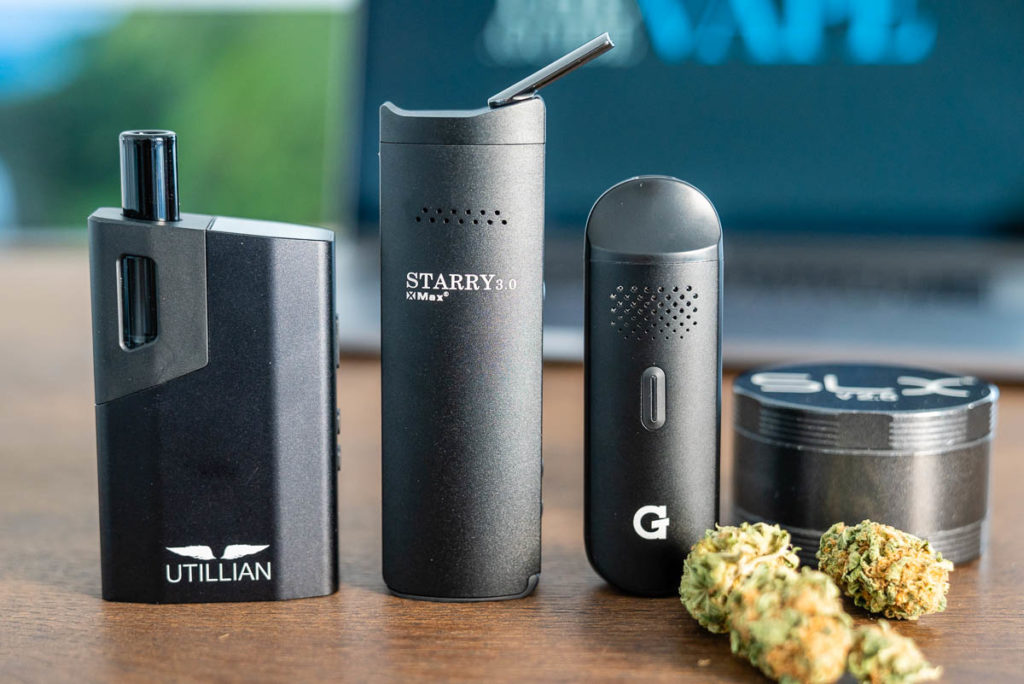