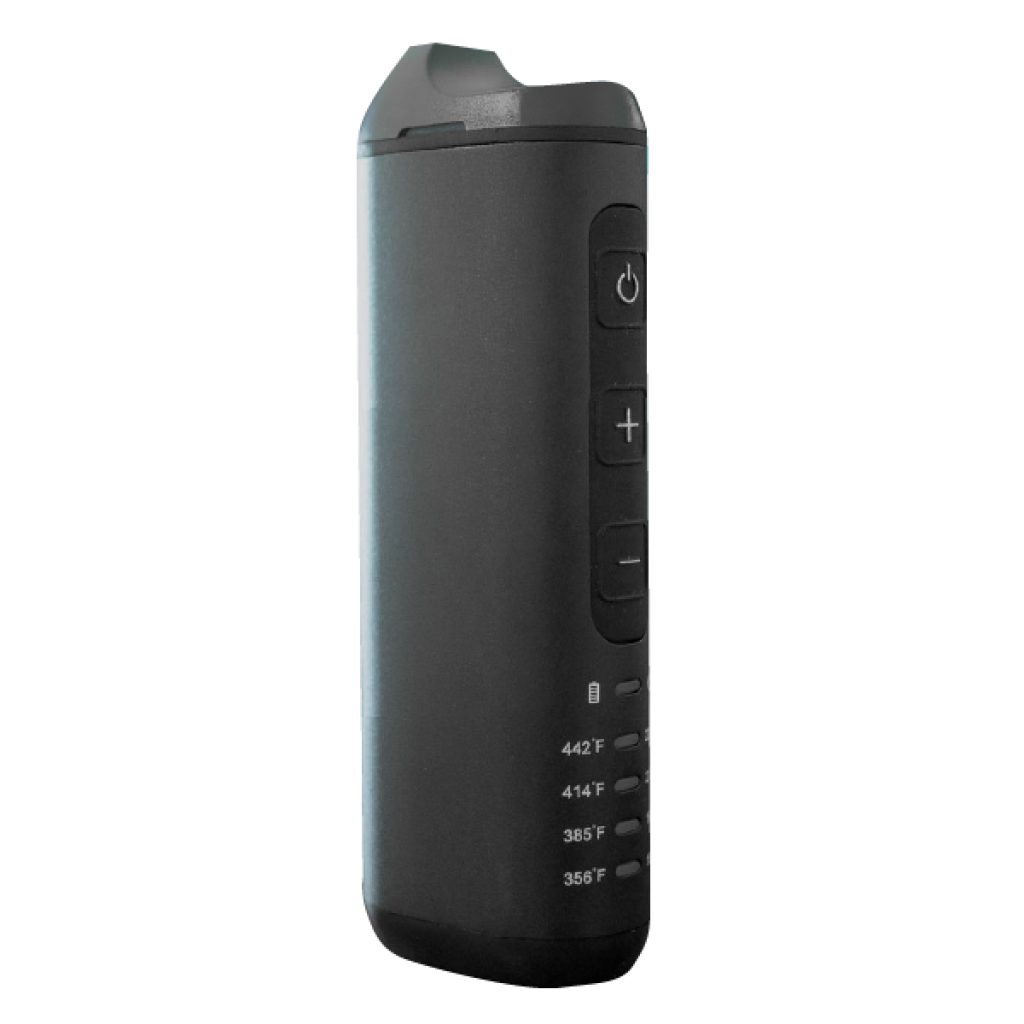 4.1 4.1/5
The Vapium Lite is a good dry herb vaporizer for beginning users because of its affordability and ease of use. However, the average vapor quality means that it’s not the best choice for more seasoned vapers. Even as a first-time vaporizer, there are better choices available.

Water Pipe Adapter: Even though it’s billed as a budget vaporizer for beginners, the water pipe adapter is actually a fairly advanced accessory. That is because it is used to attach glass water pipes to the Vapium Lite. Even though water pipes are meant for more advanced vapers, the adapter is an interesting addition because a water pipe helps to significantly cool down the vapor.

However, the addition of such an accessory seems at odds with the design ethos of the Lite, so I doubt many users will take advantage of it. I know I didn’t bother.

Like all dry herb vapes, the Vapium Lite benefits from herb that’s ground down to a very fine consistency. The SLX Grinder will do just that and it is available for purchase at Vape-Smart.

The Vapium Lite is a little over six inches tall and has rounded edges that make it very easy to slip into any pockets. It has very large power and temperature control buttons, as well as clearly labelled temperature settings, both of which make the Lite very easy to use. It even has haptic feedback, so you don’t even need to look at the device to know that it has finished heating. Even though those features make the Lite very accessible to beginning vapers, veteran vapers will appreciate them as well.

Adding to the ease of use is the simple loading procedure that’s aided by the raised rim of the part of the device surrounding the herb chamber. This rim prevents spills and makes it easy to push any stray herb into the oven. It’s one of the many smart design choices that make the Lite such an intuitive device. The chamber of the Lite is surprisingly large at 0.33 grams.

In terms of aesthetics, the Vapium Lite has a budget look, but it isn’t unattractive, just unremarkable. The labelled temperature settings contribute to that look, some may dislike their simplicity, but I didn’t mind. It does have a nice thoughtful feature of a packing tool integrated into the bottom of the device. This is a nice, practical, convenient touch that you won’t see in many far more expensive vaporizers. The colored LED lights that indicate each temperature setting are a nice detail that give the Lite a little flair.

The body is made from anodized aluminum, so it’s pretty tough. However, the mouthpiece and the water adapter are both made from plastic, which helps contribute to the general low budget look of the Lite.

The Vapium Lite has a decent array of features, which comes as  a nice surprise. The most significant ones are the haptic feedback and the integrated stirring tool. The latter feature is particularly nice because it gives you a convenient way to keep the herb evenly distributed as you vape.

The official manual is right here. Note that it is for an earlier version of the device.

Cleaning the Lite is very easy, the included cleaning brush is all that you need to clean out the herb chamber after use. The mouthpiece just needs to be wiped down with a cloth dipped in isopropyl alcohol after every couple of sessions in order to stay clean.

The Lite heats up in 30 to 40 seconds depending on the temperature setting, which is a pretty good time for a portable vaporizer. Unfortunately, the mouthpiece can get hot at higher temperatures, which doesn’t provide the best vaping experience.

On the lower to mid settings of the Lite, you will get some decent clouds but not much flavor. You will get more flavor on higher settings, but the mouthpiece and vapor tends to get hot at those settings. The reason is that the oven is located directly below the mouthpiece so the airpath is very short and doesn’t give the vapor time to cool down.

Unless you plan on using the water pipe adapter, I suggest you avoid the higher settings when you’re vaping. Inhaling from the short mouthpiece isn’t the most comfortable vaping experience and I can’t say that I ever got used to it. It doesn’t ruin the experience but it never stops feeling awkward. The vapor quality is never outright bad, but it’s not great either, it’s strictly in the average category.

The battery has a smaller than average capacity of 1100 mAh, which is only good for about four to six sessions. That is pretty below-average even in this price range but at least the USB-C cable means that charge times only take about an hour. 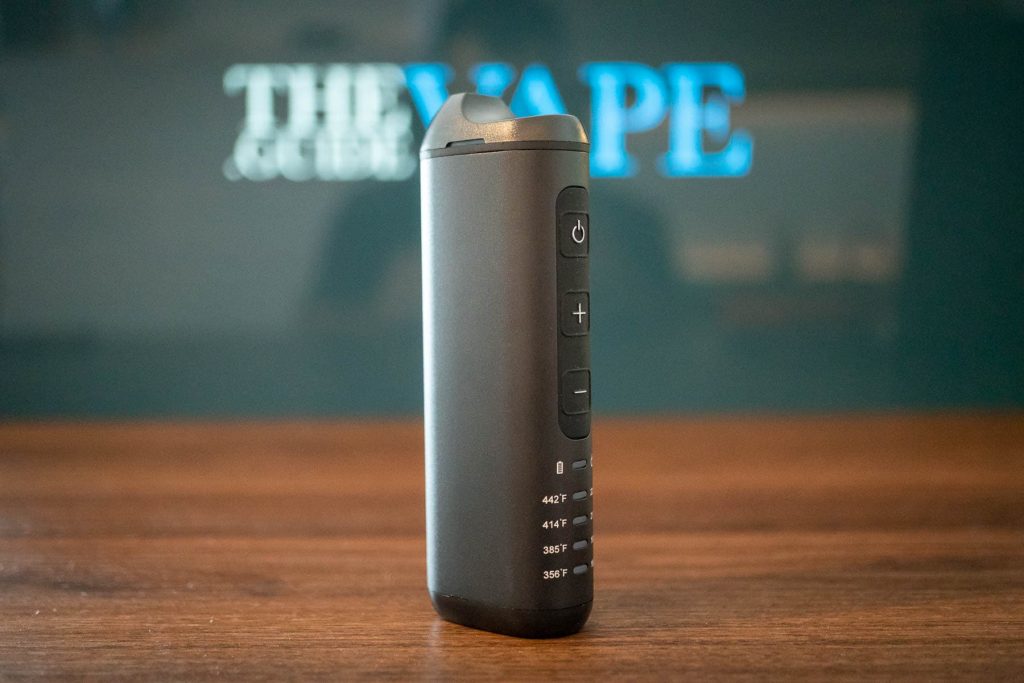 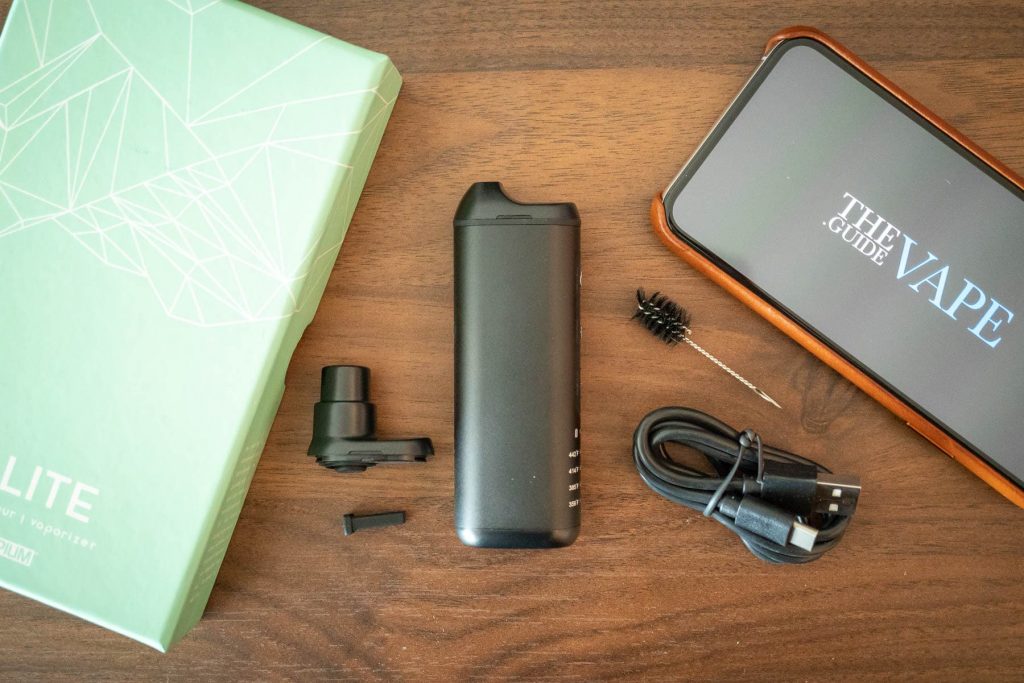 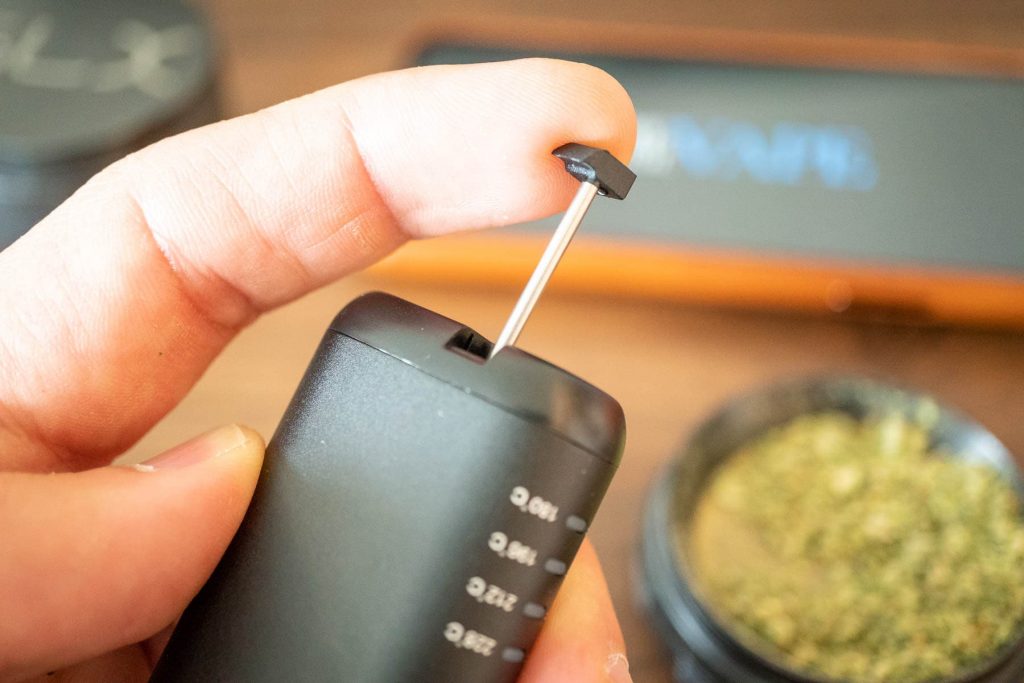 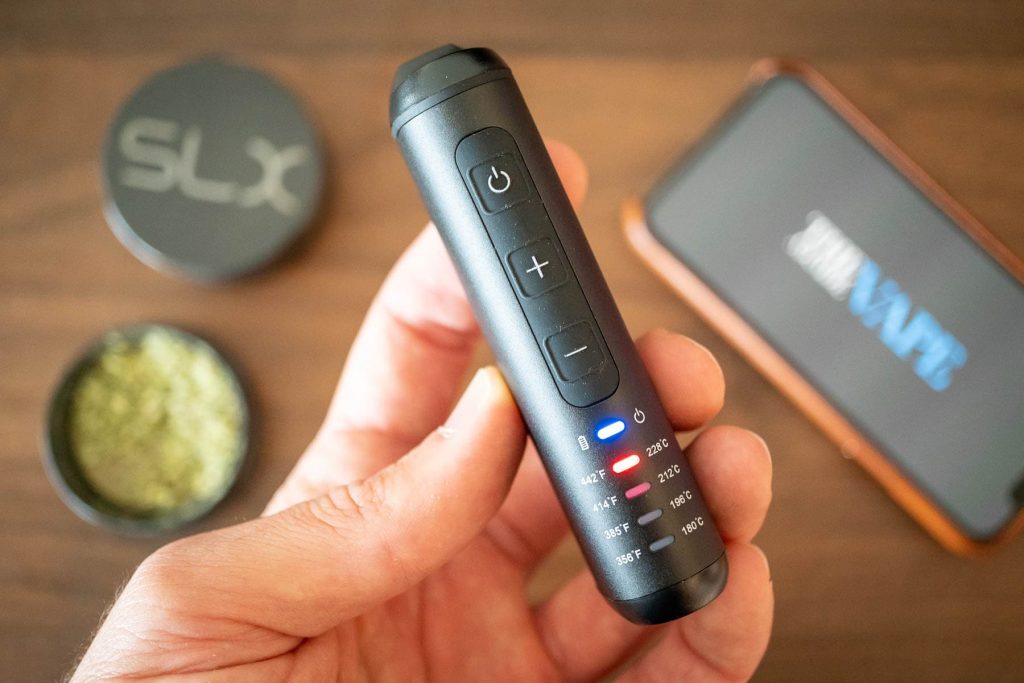 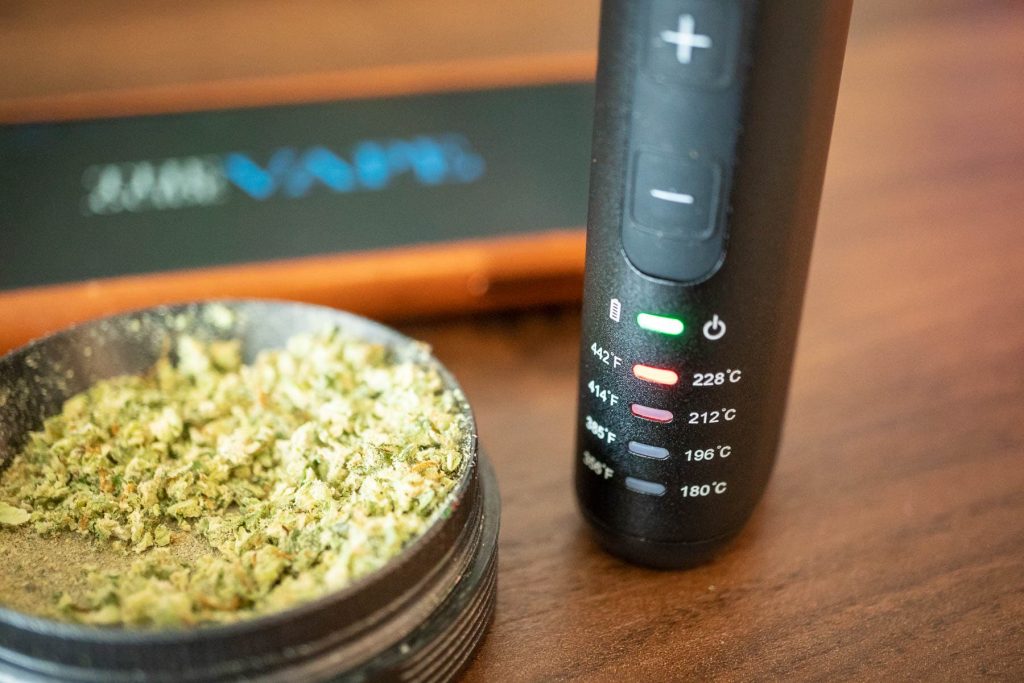 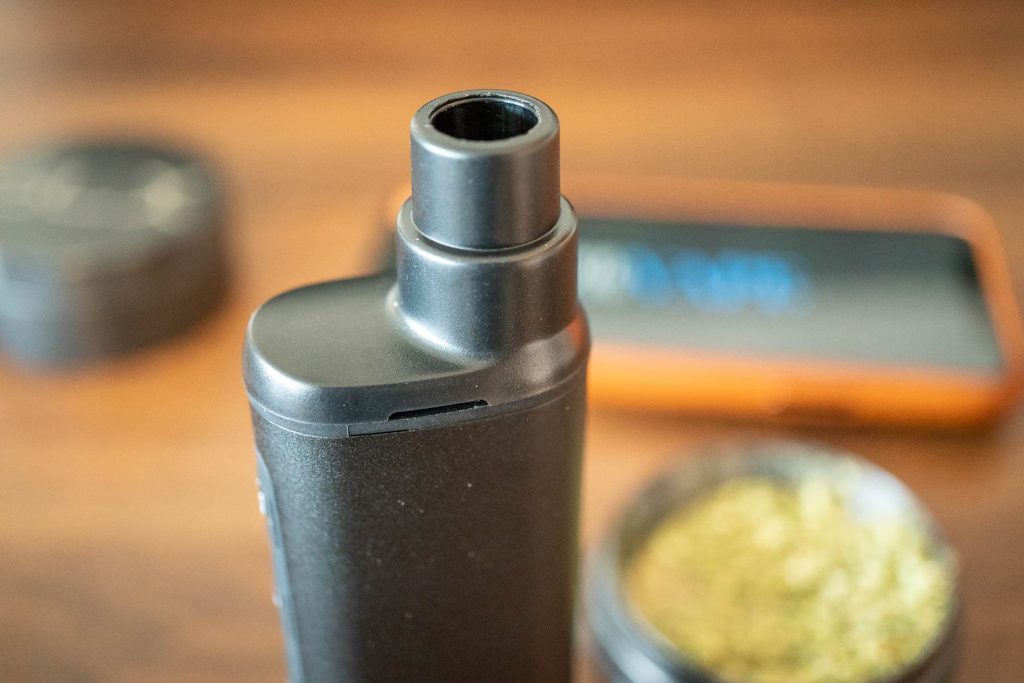 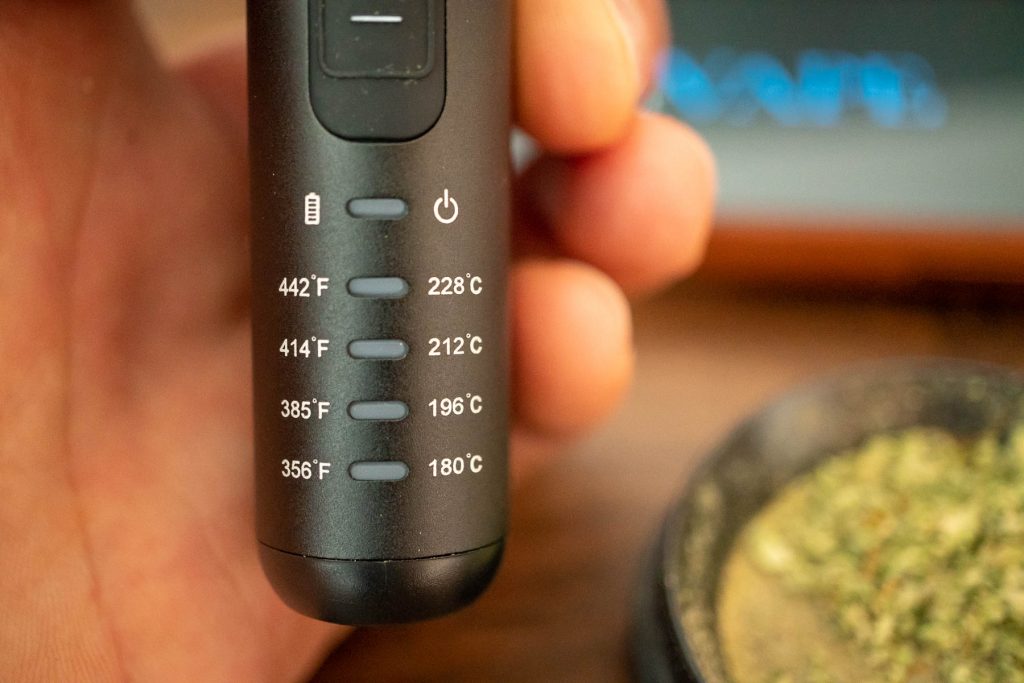 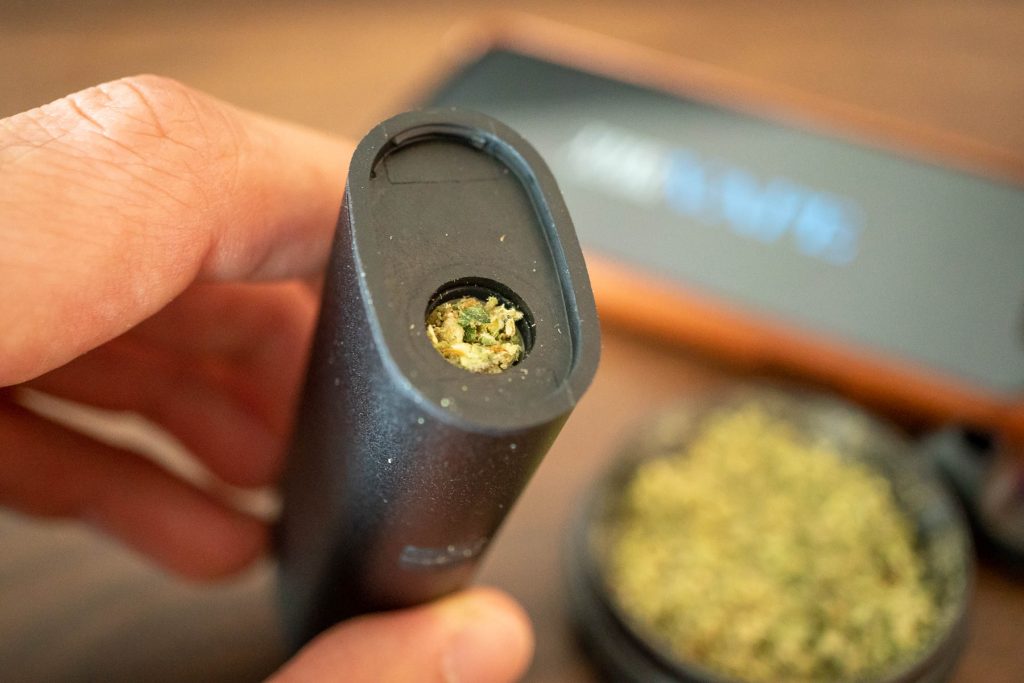 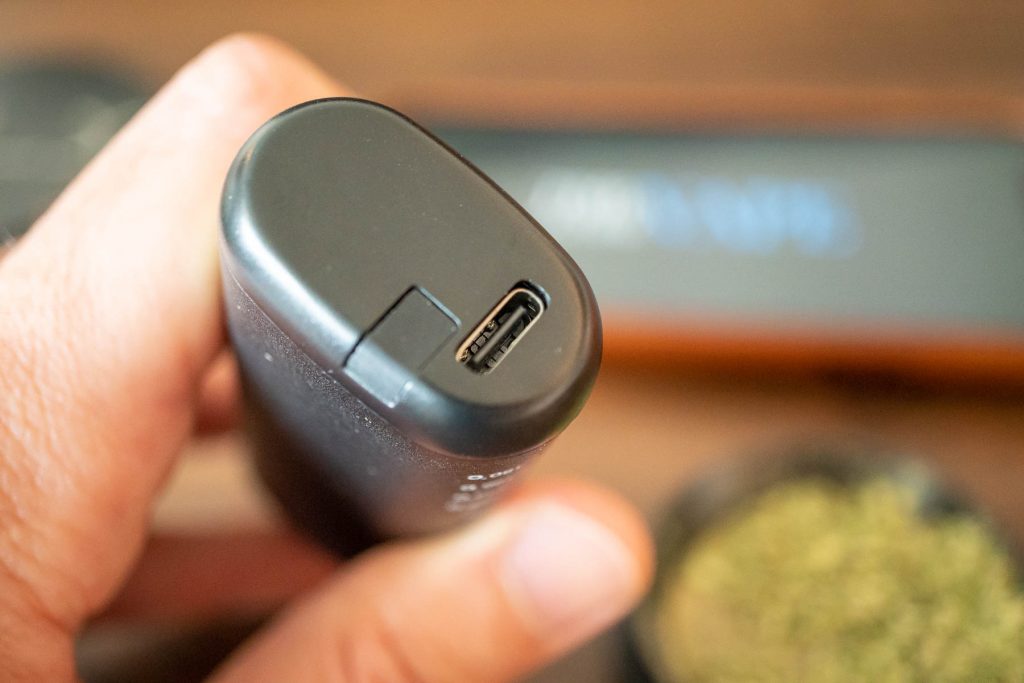 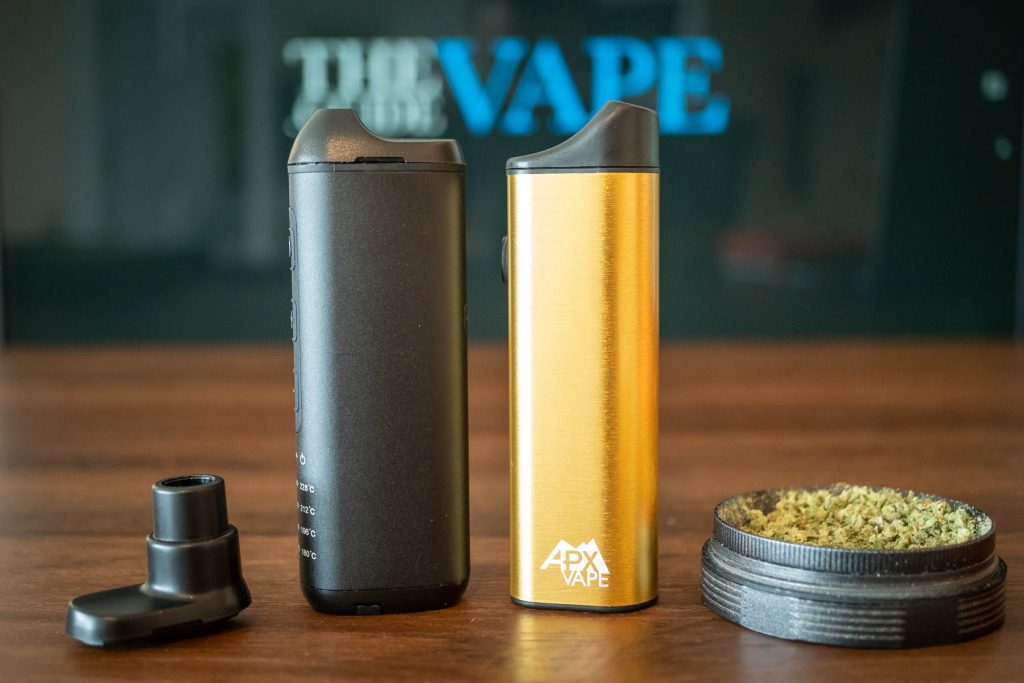