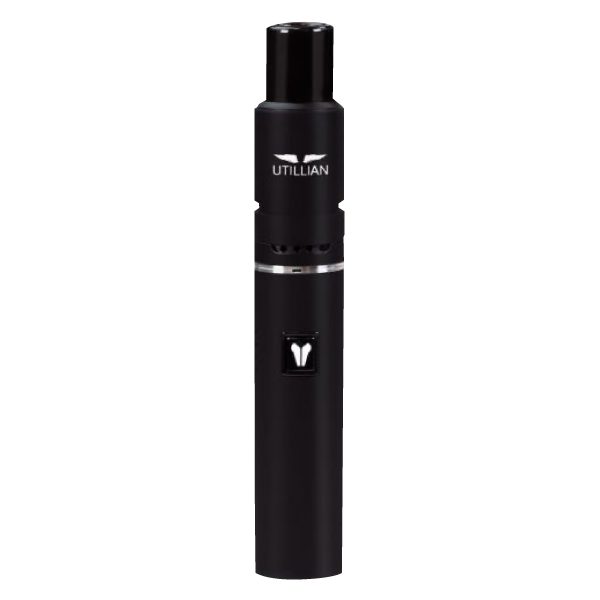 4.6 4.6/5
The 5 is a low-cost wax pen that is capable of producing intense and strong vapor. It has a thick and sturdy build with a long battery life that can last for a couple of sessions. It is a real lungbuster of a vape pen but if big clouds are what you want, then big clouds are what you'll get. However, if you favor flavor over vapor production, there are probably better options out there.

Utillian remains consistent with their designs and innovations as they release new vaporizers such as the Utillian 620 (Review) and the new Utillian 722 (Review) that performs well for their price. They continue to improve and use the latest technology available to make vaporizers that have the balance of quality and affordability.

Utillian introduced themselves in the wax concentrates by creating their first wax pen, Utillian 5. It’s a mid-tier vaporizer that matches its durability with performance. It features a straightforward single button interface, two interchangeable coils, and adjustable airflow that’s primarily built for one reason—massive cloud production.
Since its initial release, the Utillian 5 has been updated and refreshed thrice, the current version; the V3 – features a sleekly designed black ceramic mouthpiece with an integrated splash guard and dab tool. The battery has also been boosted to a whopping 1500mAh – which will last most users roughly a week.

The 5 is a standard-looking vape pen that has a single power button, a mouthpiece on top, and a USB port on the side of the device. It has a solid and rugged design and is a bit bigger than most wax pens around. But still, it’s portable enough to carry around and put into your pocket. The exterior of the device is made from stainless steel with a matte finish- available in varied metallic colors. The addition of the black ceramic mouthpiece makes the entire device seem more minimal and sleek.

The Utillian 5 features an adjustable airflow located underneath the mouthpiece that allows control of the draw resistance. Increasing the airflow will cause air to pass through the oven resulting in cooler, less dense vapor. While decreasing the airflow will produce bigger clouds and tastier vapor. It’s a pretty nice additional feature for a wax pen within its price range.

The interchangeable coils are a standout feature of this vaporizer. It’s one of the key factors to affect its performance. There are two coils that you can choose from:

Both coils have black ceramic rods instead of quartz, which is a pretty common coil type for extract vaporizers. The black ceramic rod allows the wax to soak and not to slip into the bottom of the oven, resulting in efficient vapor production.

The 5 is a straightforward device with a simple one-button interface. It does not have precise temperature controls but it has 4 voltage settings: 2.2V, 2.4V, 2.6V, and 2.8V.

Cleaning and Maintenance: I recommend cleaning the vaporizer regularly because the wax is a little stickier and harder to clean than dry herbs. The mouthpiece, chamber, and atomizer can be easily removed and cleaned with pre-soaked alcohol wipes.

No matter which atomizer you choose from, you’ll be getting intense vapor and big clouds. If you still want some flavor, you should use the Kanthal coil because you’ll get some flavor as long as you choose one of the two lower settings. Now, if you like big clouds that hit hard, then the triple titanium coil is for you. This coil delivered some of the biggest, harshest vapor I’ve experienced in a while.

The Utillian 5 uses a 1500 mAh battery which is a lot more compared to its contemporaries like Puffco Plus (Review) or Dr Dabber Stella (Review). Normally, 900 mAh is pushing the upper reaches of vape pen batteries, but the 5 surges past those limits. The 1500mAh battery will last most casual users about a week before needing a recharge and it charges via the included micro-USB cable and takes about an hour and a half to fill up from 0.

The 5 might not be much of a looker, but it certainly functions well. It can give you the strong and fog-like vapor that you won’t usually experience in inexpensive vape pens but is a bit overwhelming for beginners. This is recommended for vapers who prefer big clouds over flavor. However, if you prioritize flavor and prefer your experience milder, I suggest that you go for a slow-burn vaporizer like the KandyPens Crystal (Review). 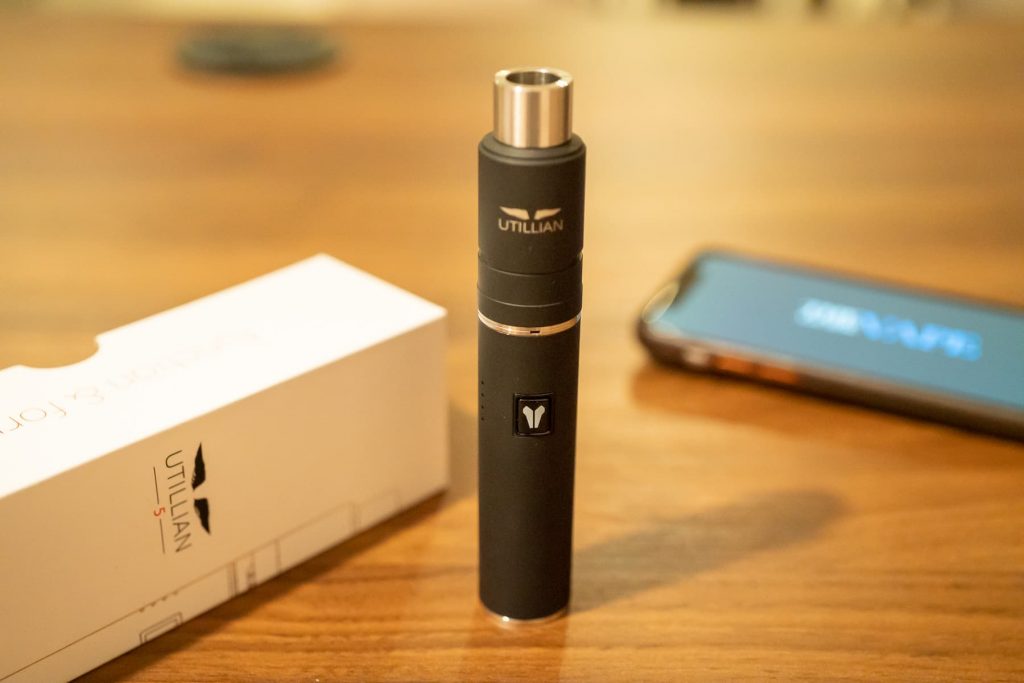 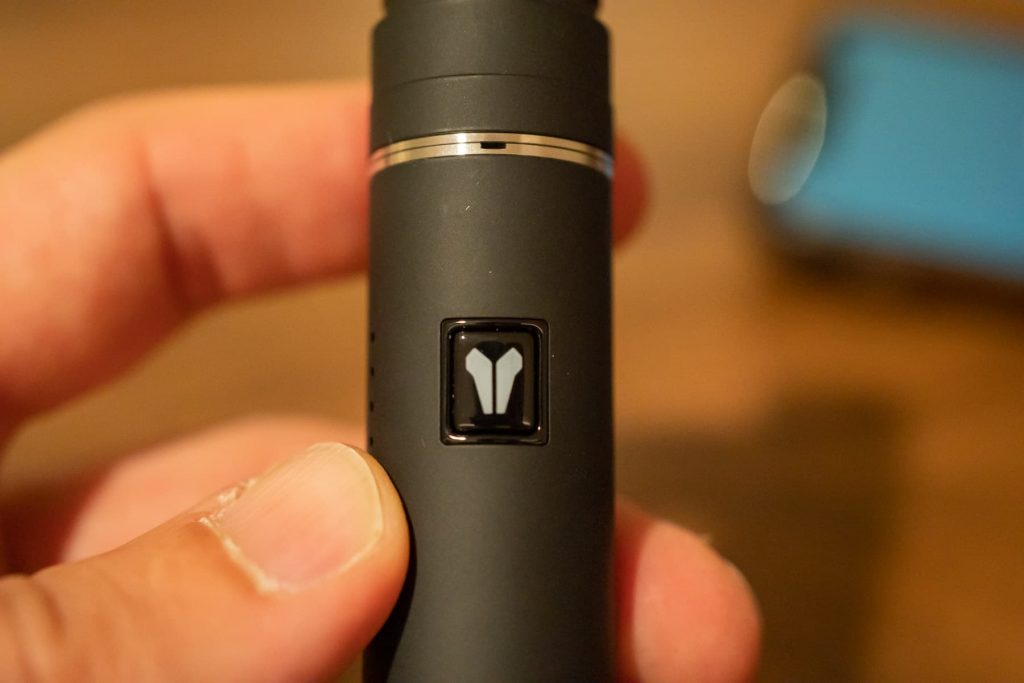 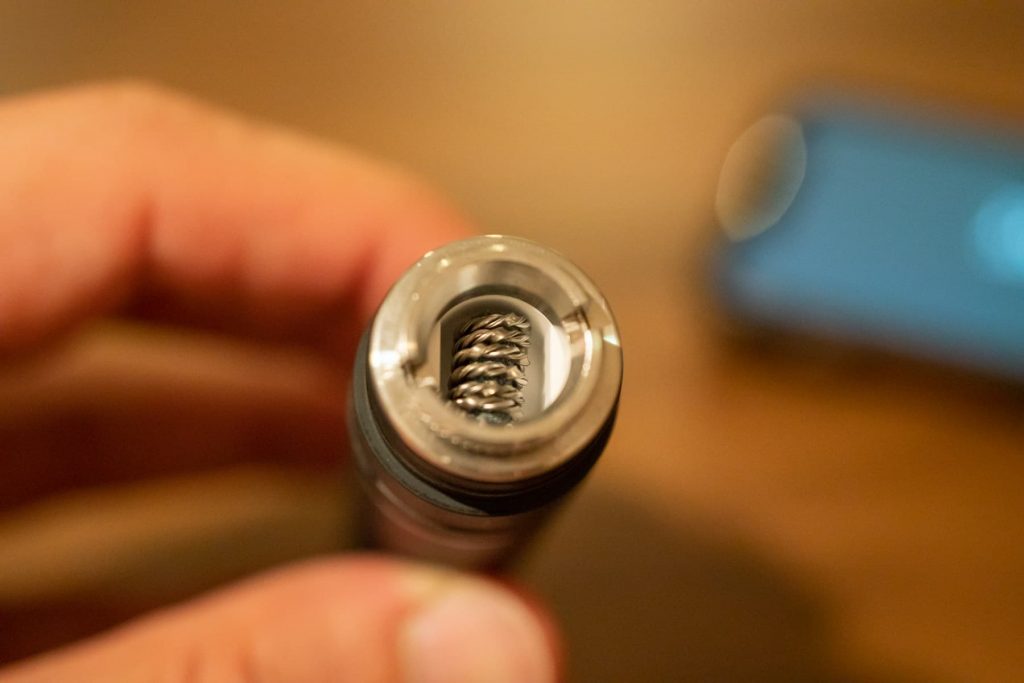 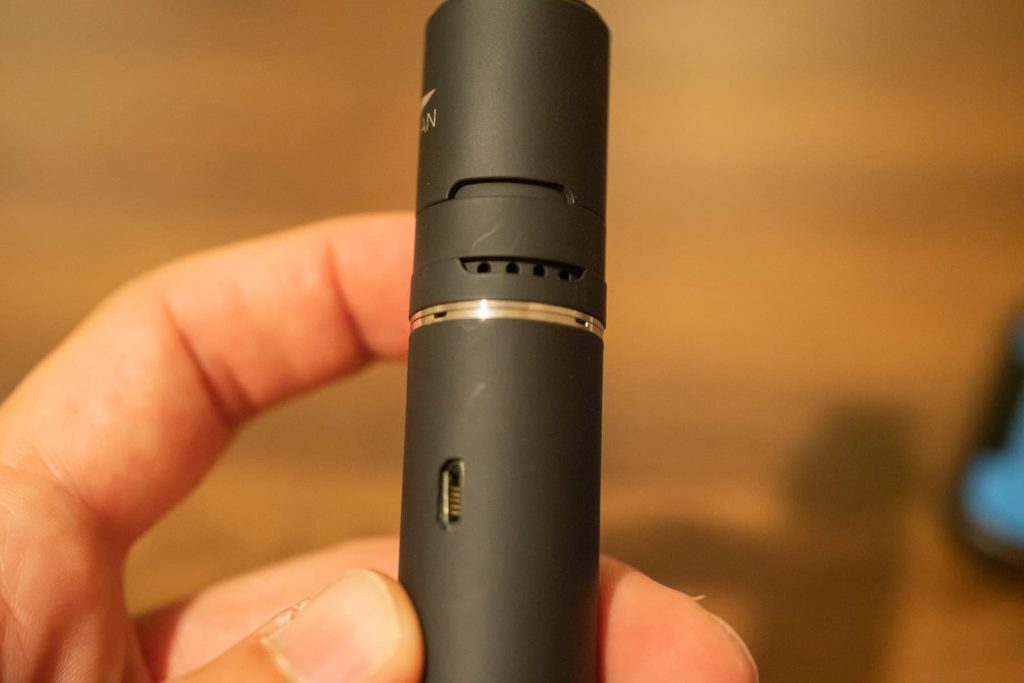