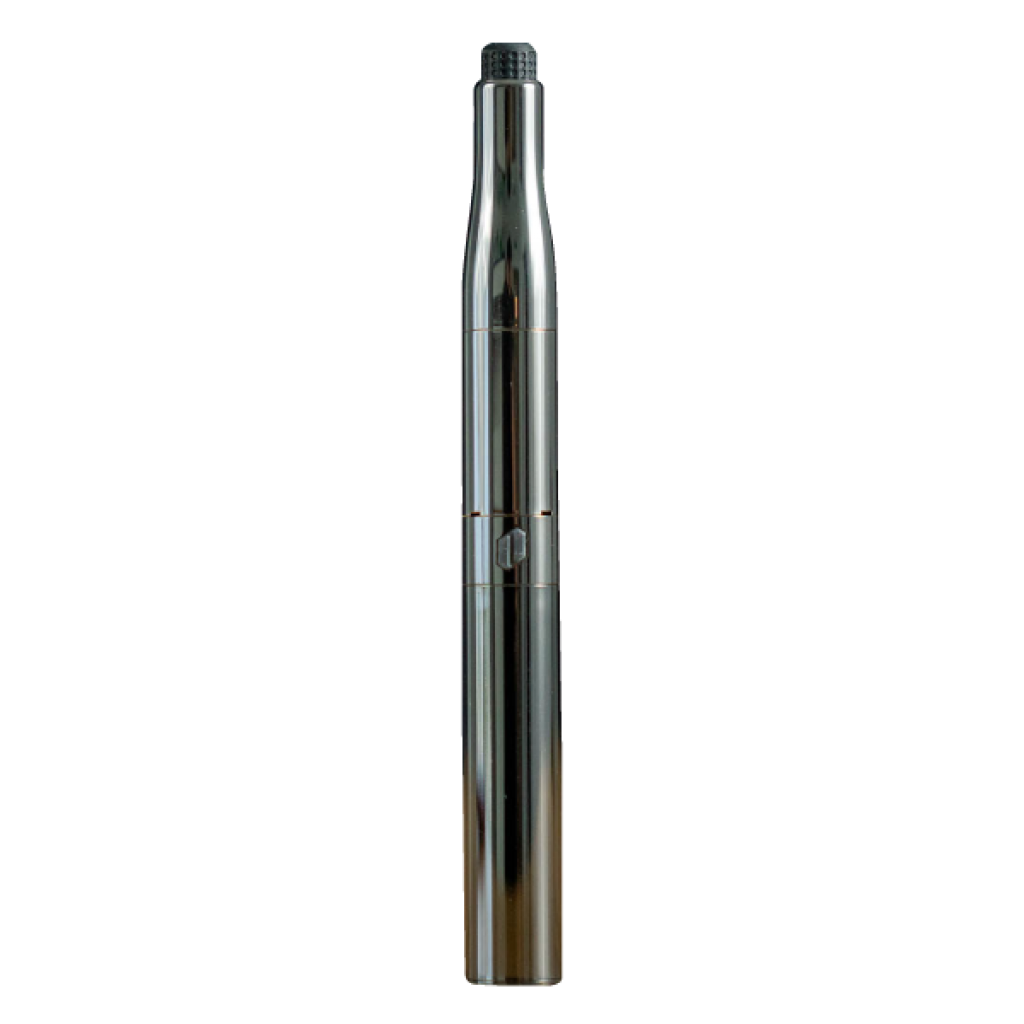 4.8 4.8/5
The Puffco Plus is a heavyweight when it comes to producing smooth and tasty vapor. It's a sleek-looking vape that features a dab tool built into it, which means there is one less accessory for you to carry around. The battery life is a little disappointing, but the short charge time makes up for it. For $90, this is probably the best price to performance ratio you'll find, making it an incredible value.

Puffco Plus is one of the sleekest-looking vape pens around. It features a mouthpiece with a built-in dab tool and has a ceramic chamber that produces mild and tasty vapor. And earlier this year, Puffco released a limited edition of the Plus called Puffco Vision Plus. It retains the qualities of the previous Puffco Plus but with a whole new aesthetic—a psychedelic trippy theme.

Vision Plus has a multi-colored body that looks good for the eyes. The power button has a neon green color while the mouth tip is blue. The ‘Dart’, which is the star feature of the Plus, is slightly curved than the original. Also, the grips included in the box come with two different color variants.

The Plus has a grey/black metallic finish with a fingerprint-proof coating which makes it shiny and classy. It looks good in the eyes and when you hold it—even though it has a slim and thin body—it’s durable and built to last. It’s an easy-to-use vaporizer since it has a single button that is used to turn on/off the device and maneuver through different temperature settings.

The mouthpiece is the standout feature of the Plus because it both has the design and innovation I’ve been looking for in a vape pen:

Also, the mouthpiece serves as a carb-cap and splash-guard, meaning it allows concentrates to be vaporized evenly to produce a more potent and tasty vapor while protecting you from “spit-back” as you inhale.

However, the mouth tip (plunger) that is used to extend the Dart can make inhaling from the device feel a little strange at first. You get used to it pretty quickly but remember to make sure that your fingers are clean when using it since your mouth will be going there later.

The Plus has a Ceramic coil that produces strong and cleaner vapor. And since Ceramic is a neutral material, it does not have any effect on the flavor of the wax so the taste is pure. It does have a slow heat time compared to rod coils but it heats the wax more evenly. However, ceramic coils can be a little fragile, they can get a crack or break if you dropped it. So take extra care especially when you’re cleaning the device.

The Plus is a simple and straightforward device like most of the vape pens. It also has a Sesh Mode where it heats up continuously for twelve seconds. This can be done by rapidly clicking the power button, twice. This is a great feature especially if you want longer sessions since you don’t need to hold down the power button to do so. Whether this is your first vape pen or your tenth, you won’t have any problems using the Plus.

To use it you need to:

For more information, you can down the user manual here.

Temperature Settings: The Plus has three temperature settings, They are color-coded in the following way: Green – Lowest setting | Blue – Medium setting | White – The highest setting

The Plus is pretty easy to clean. You can just use one of the included cleaning swabs that have been soaked in isopropyl alcohol to wipe away any excess residue in the bowl. For a stubborn residue, you can engage sesh mode repeatedly on the highest setting—this will melt any excess residue.

Since the dab tool is integrated into the mouthpiece, you’ll need to clean that too, but doing so is even easier than cleaning the bowl. Just wipe it down with a damp cloth and you’re done.

The heat-up time is quite slow since it uses a ceramic bowl compared to some vape pens but the flavor produced by the Plus is phenomenal. And since it doesn’t heat up quickly, there is less burning of the wax and prevents the body from overheating. The draw resistance is good that you can get smooth and flavorful vapor at any temp settings but the middle one is my favorite.

Some people might lament the fact that the Plus doesn’t include a rod coil like most vape pens do but the flavor is so good that I don’t think that most will mind. The only problem anyone could have with the ceramic coil instead of a rod coil is that it doesn’t produce the dense vapor clouds that some people like.

Battery Performance: The Plus uses a 520mAh battery that lasts for just under an hour, which should be a full day for most users. It can recharge in thirty to forty-five minutes which is much faster than some vape pens in the same category.

What could have been better?

I really wished that Puffco improved the battery life when they released the Vision Plus instead of improving the Dart. Yes, the battery life and charge time even out but it isn’t enough to make it further in the line of best vape pens.

The Puffco Plus is a small and durable vape pen that produces potent vapor. I got a good result with just using a tiny dab since it vapes the wax efficiently. It has features that you don’t usually see in other similarly priced vape pens like the integrated dab tool and extended sesh mode that comes handy in any occasion. However, the Plus cannot produce big intense clouds that some vapers like. Instead, it produces soft and mild vapor, which I personally prefer over the intense vapor of pens such as the Utillian 5 (Review).

Who is it for: Vapers who like to take discreet sessions and prioritize vapor quality above anything else.

Who is it NOT for: Anyone who likes lung-busting clouds when they vape. If you’re looking for a suitable vaporizer you can take a look at Utillian 5. 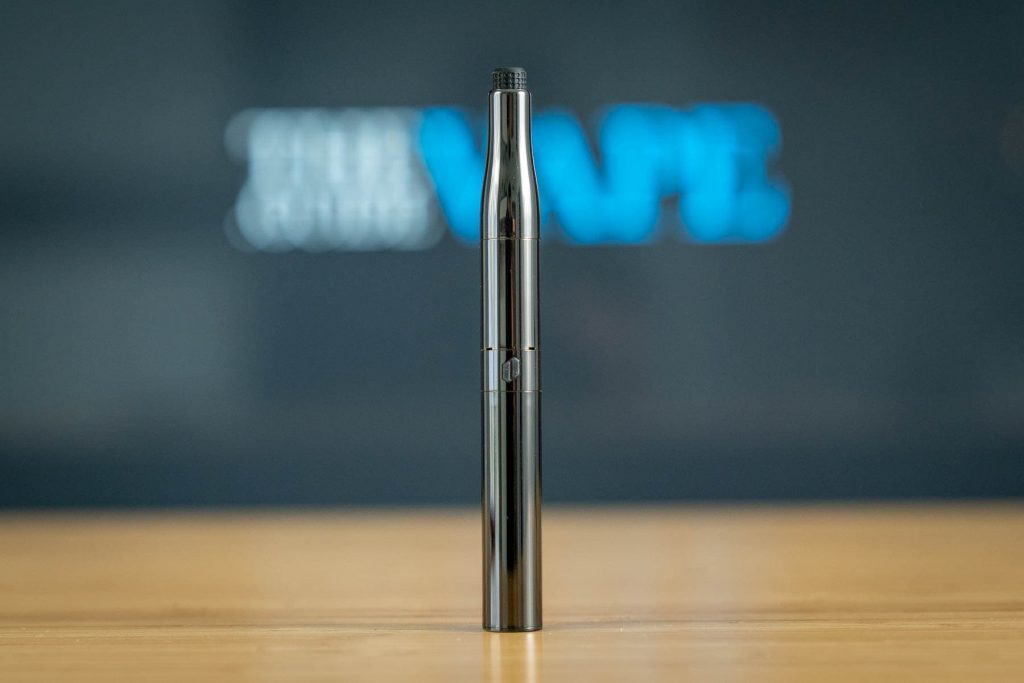 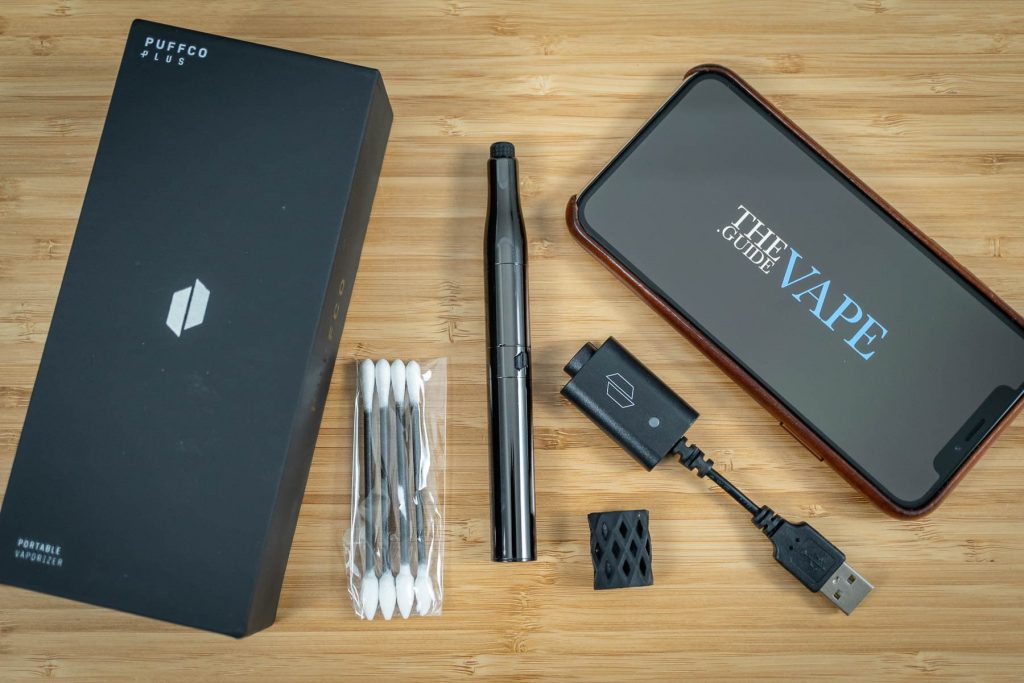 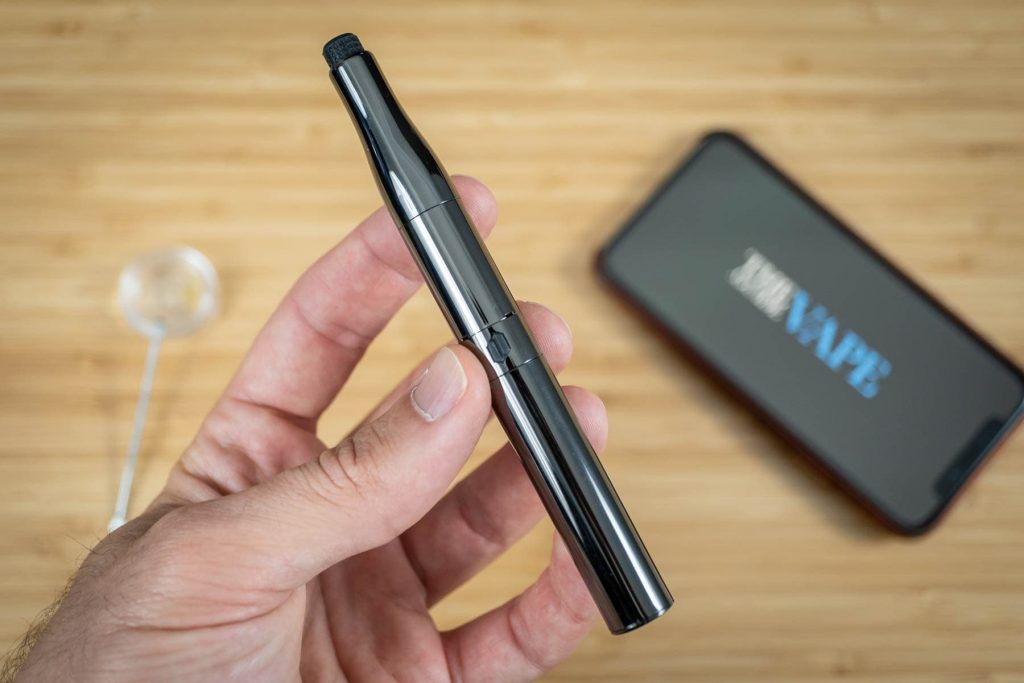 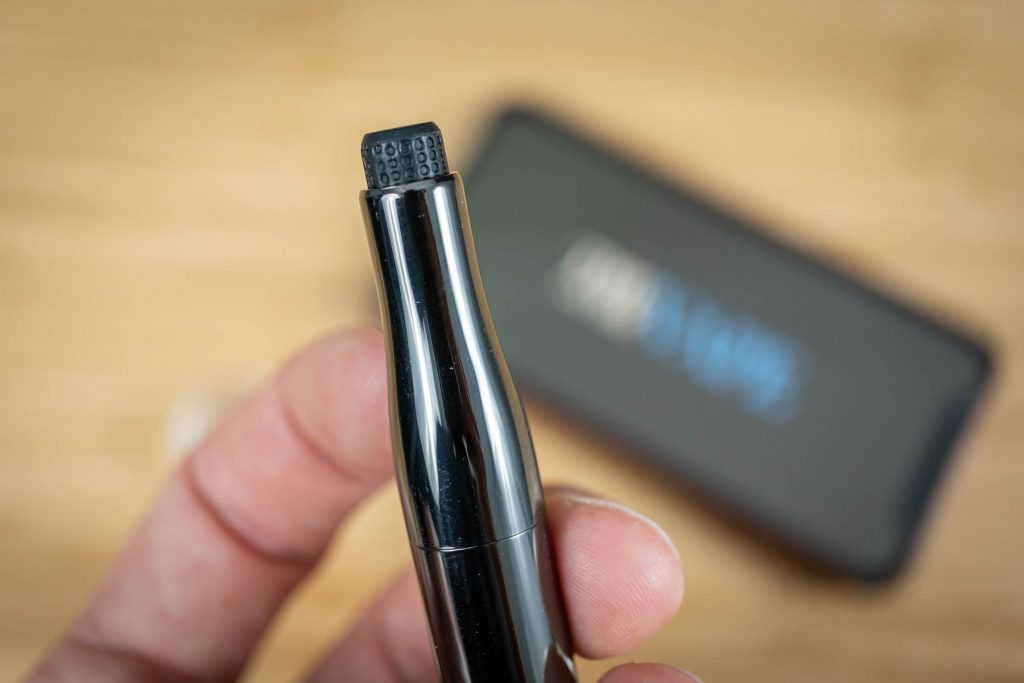 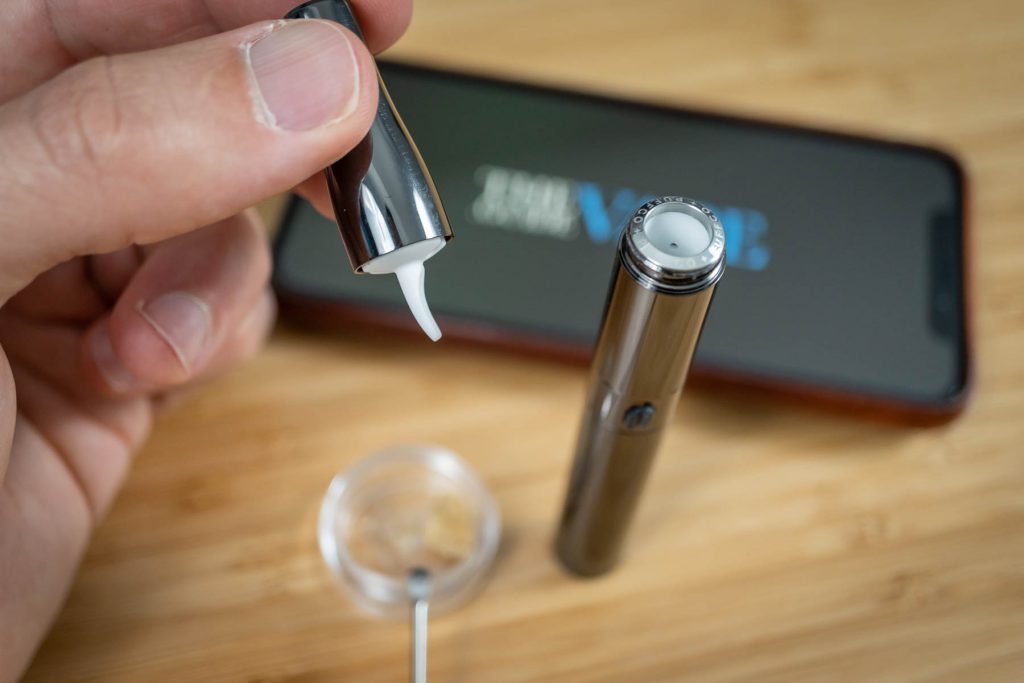 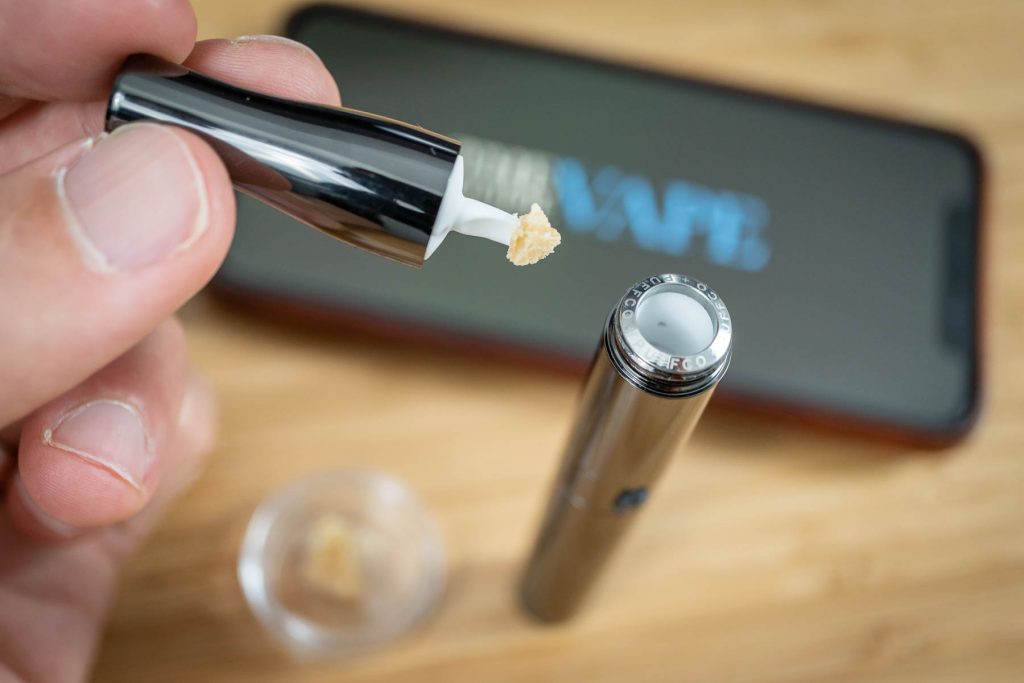 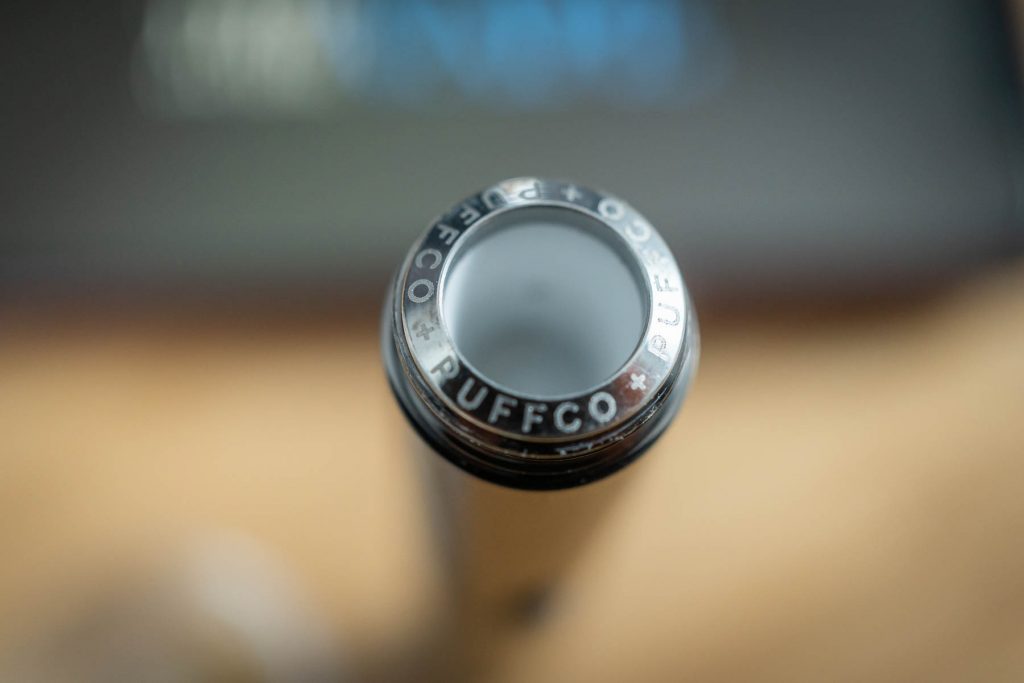 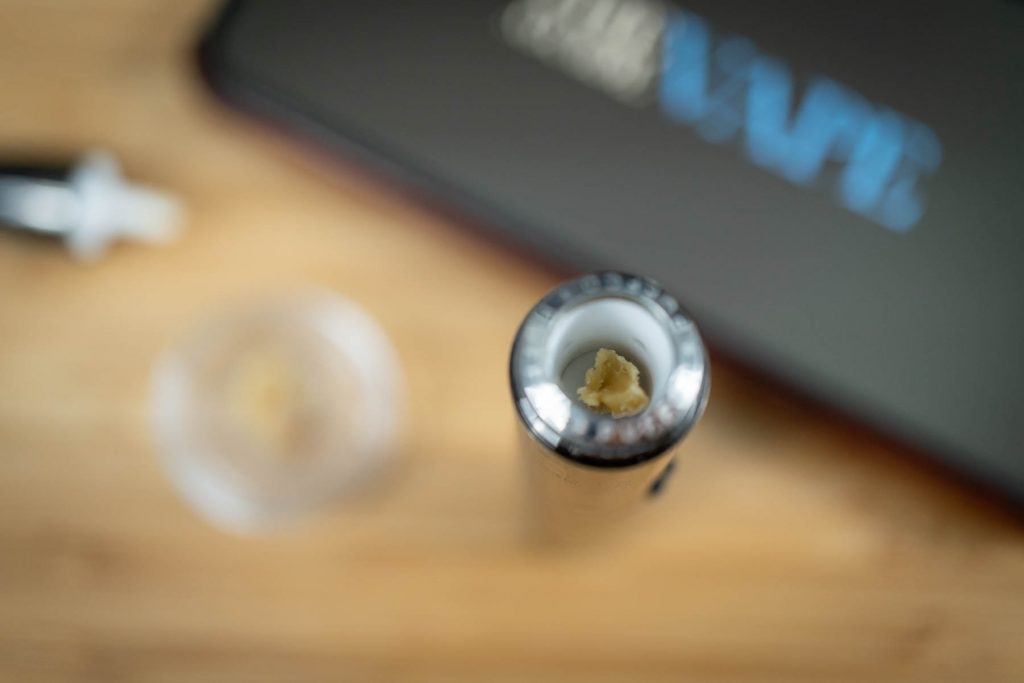 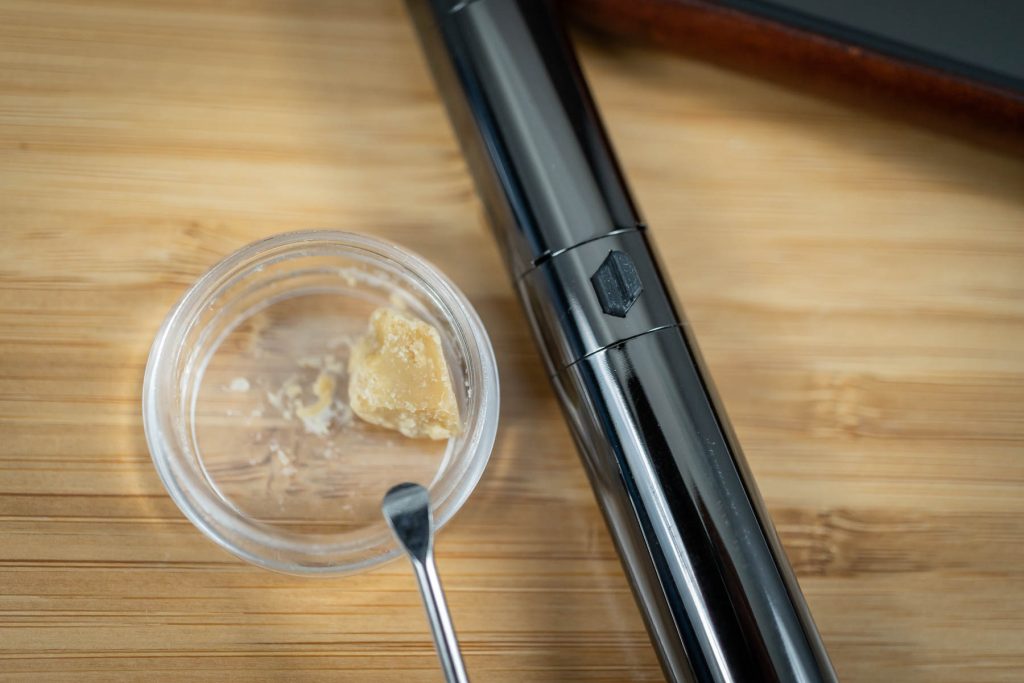 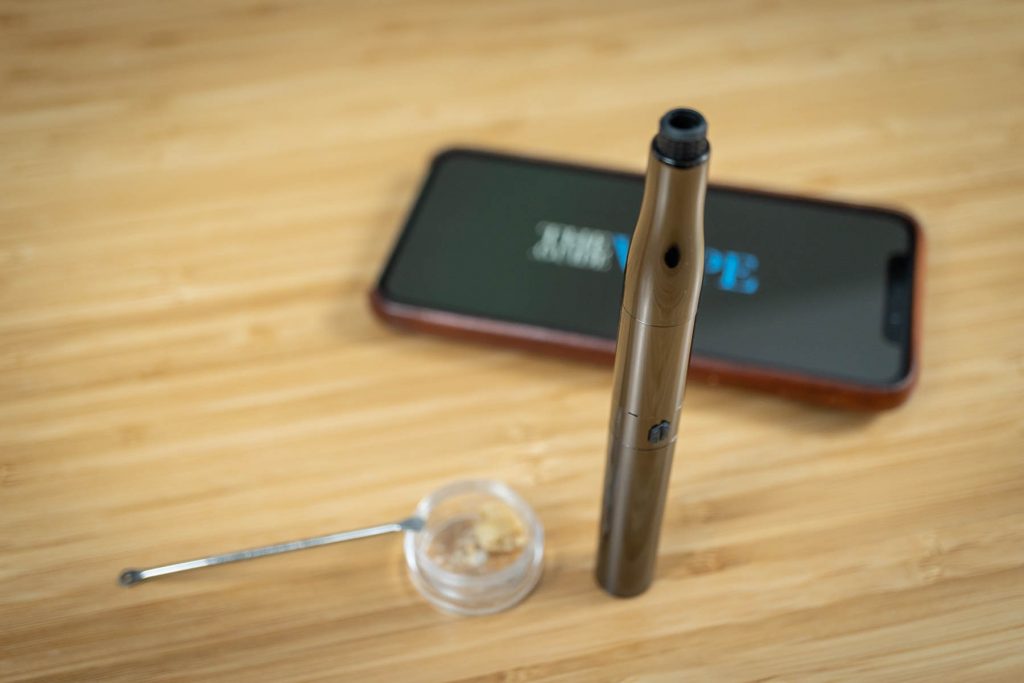