Planet of the Vapes One Review 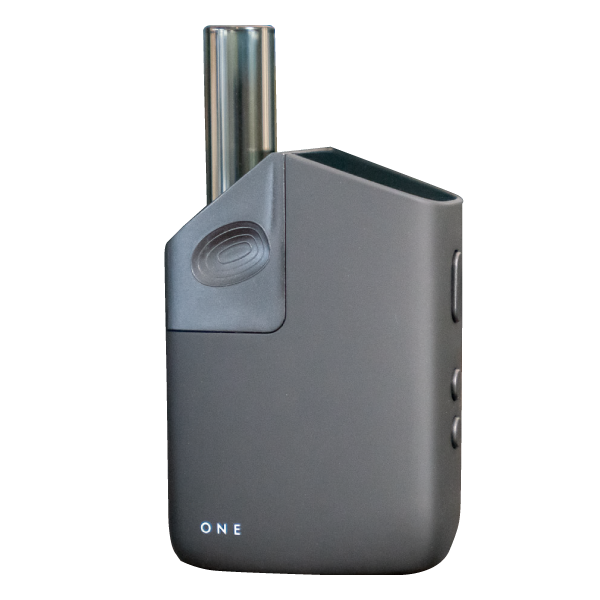 4.5 4.5/5
This Planet of the Vapes ONE is the first release from the brand and is a pretty safe choice if you’re looking for an affordable portable vaporizer to bring throughout the day. While it does have a shorter than average battery life, it features great functional features and delivers good quality vapor thanks to its glass mouthpiece and hybrid conduction/convection heating system.

Badge engineering is when a manufacturer licenses its product with various brands. In turn, these brands add their own spin and customizations to the product. In POTV ONE’s case, the spin came in the form of upgrades in design and functionality. The POTV ONE features two mouthpiece options, haptic feedback, an aluminum heating chamber, and additional accessories. It is also compatible with both dry herb and solid concentrates.

Compatibility: Since its release- I’ve been using the POTV ONE on-and-off, mainly as a dry herb vaporizer. I’ve been using it with Flowers from my local dispensary as well as CBD herb from InHemp, and CBD dab from Steve’s Goods.

*CBD is legal to ship across all 50 states.

As mentioned earlier- the POTV ONE’s kit comes with different accessories in its kit. The two most notable are the glass mouthpiece and the swapping out of the old metal screen for a mesh screen.

The POTV ONE kit comes with the following inclusions:

POTV also leveled up on the optional accessories that you can use with the device. There’s the option to select two different types of mini glass water bubblers, one straight and one that’s curved. Both of which help cool down the vapor. If a mini-bubbler isn’t enough- there’s an available water pipe adapter that allows you to connect the device to your own rig.

The most portability-friendly of all these accessories, however, is the black curved glass mouthpiece. Simply snap it in place and benefit from the cooler vapor that comes from having a slightly longer airpath. All these accessories are available on Planet of the Vapes (visit store)

The Planet of the Vapes ONE is a simply designed box-style vape with slightly rounded edges. It has a kirksite alloy body that’s covered in smooth, matte rubberized coating (protecting it from wear and tear). At only  3.2 inches tall with the plastic mouthpiece and 3.6 inches with the glass one. This is definitely a vape that’s made to be brought around. If you’re concerned about the glass mouthpiece, it’s on the thick side and seems durable enough to survive being lugged around.

The box-style design isn’t new in vaping. But the POTV does feature some unique attributes that make it stand out from the rest of the box-style vaporizers. The top of the device is fully occupied by a clear digital display that shows the current temperature, battery, and session time. The display can also be flipped- while that may seem like a small thing, it’s pretty great to be able to read the display regardless of how I’m holding the device.

The design thinking behind the device definitely leans towards user-friendliness and convenience – with all its features seemingly dedicated to making your sessions as seamless as possible. The addition of haptic feedback is one example, the ONE vibrates when heating is complete or when it’s been turned on or off. It’s also quite modular, with its pieces and attachments being easy to snap or slide down into place.

I’d recommend switching to the glass mouthpiece if you’re taking the POTV ONE out for the day and are being extra cautious about breakage.

The ONE’s battery lasts anywhere between thirty to forty minutes and takes ninety minutes to charge, and yes, while that is much higher than its actual use time. What the ONE lacks in battery power, it makes up for with a fast heat-up time and low draw resistance for quick and easy sessions.

Difference From Its Platform Siblings

Unlike its siblings (all released under various brands), the One has an aluminum heating chamber and a stainless steel heater instead of the stainless steel ovens and nichrome heaters of the other versions. The metal screen has also been swapped out for a mesh screen, which when combined with the new heating element and oven material- results in an upgrade to the overall vapor quality.

But in my humble opinion- the best upgrade was the mouthpiece. Using a neutral material like glass helps keep the vapor pure, so you can really taste all the flavors of your herb/dab. Both the haptic feedback and the reversible display are unique to the ONE. And though they’re not massive changes- they do make the device much easier to use. POTV also made a functionality change when they reduced the number of times the power button has to be pressed from five to just three.

Since this is not a pure conduction vaporizer, it’s best to pack your material loosely. To get the most out of your herb and to make sure it is at a fluffy, even consistency- I highly suggest using a great grinder like the SLX (review).

The POTV ONE’s aluminum oven holds about 0.15 grams of herb. Which isn’t a lot- but it’s enough for a solo session. The ONE heats to its base temperature of 320°F  in roughly thirty seconds. Add only a few seconds more if you’re using it at its peak temperature of 430°F.  Even as it’s heating- the device is still cool to the touch.

The hybrid conduction/convection heating of the ONE and its isolated airpath means that the vapor is expected to be excellent. While it’s not on par with premium $$$ vaporizers, it does come close. Flavor fiends will appreciate the consistent taste during each session, coupled with lightly dense vapor. I found that in the 360°F to 380°F range, the vapor is neatly balanced in flavor and weight.

One of the ONE’s notable features is that it’s compatible with wax and other solid concentrates- however, I would highly recommend sticking to a wax pen. The word to best describe this device’s performance with wax is – okay. It does the job, but it doesn’t perform well enough to replace your dedicated wax pen.

The Planet of the Vapes ONE is an extremely portable device that delivers on vapor quality. It outperforms its $99 price tag as a dry herb vaporizer but doesn’t really shine as a wax vaporizer. While it is a badge-engineered device, the functional and internal upgrades set in place by POTV really do flatten the learning curve and make it a very straightforward device to use.

The battery could be better, but if you’re a user who enjoys quick and small sessions throughout the day. It does the job. If you’re okay to let go of the dual-compatibility and are looking to compare the POTV ONE with another device- I’d highly recommend looking at the feature-heavy Da Vinci Miqro (review) 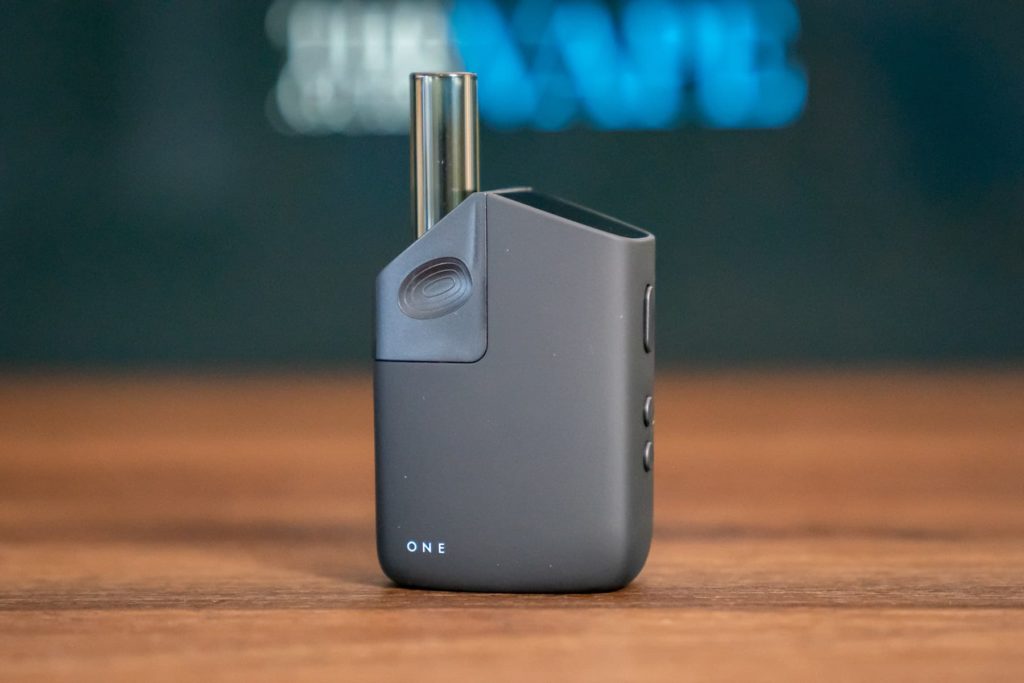 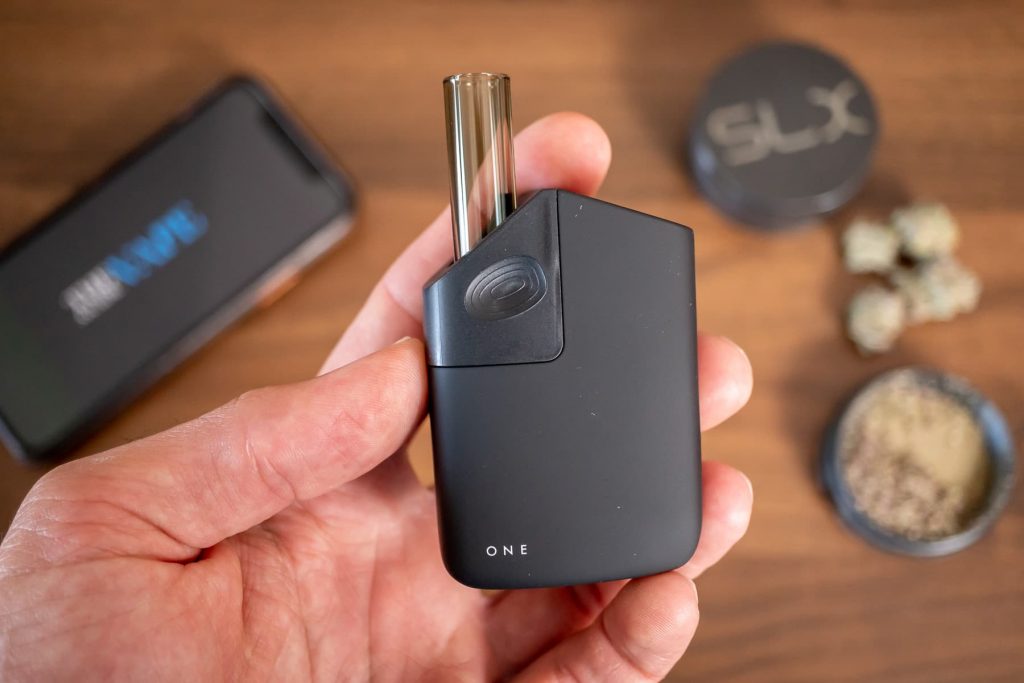 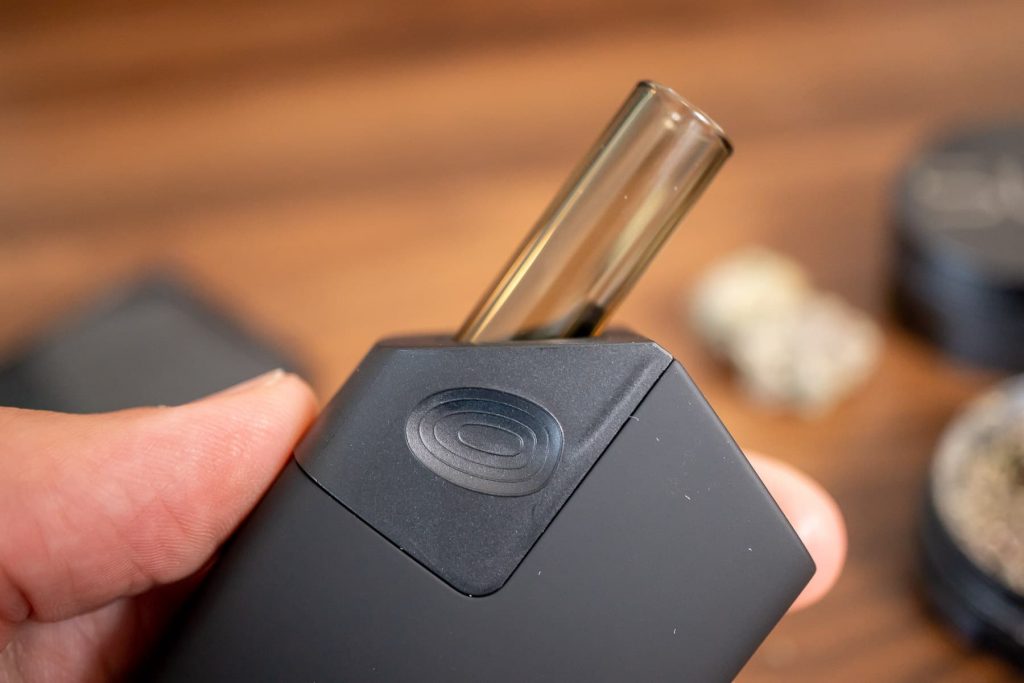 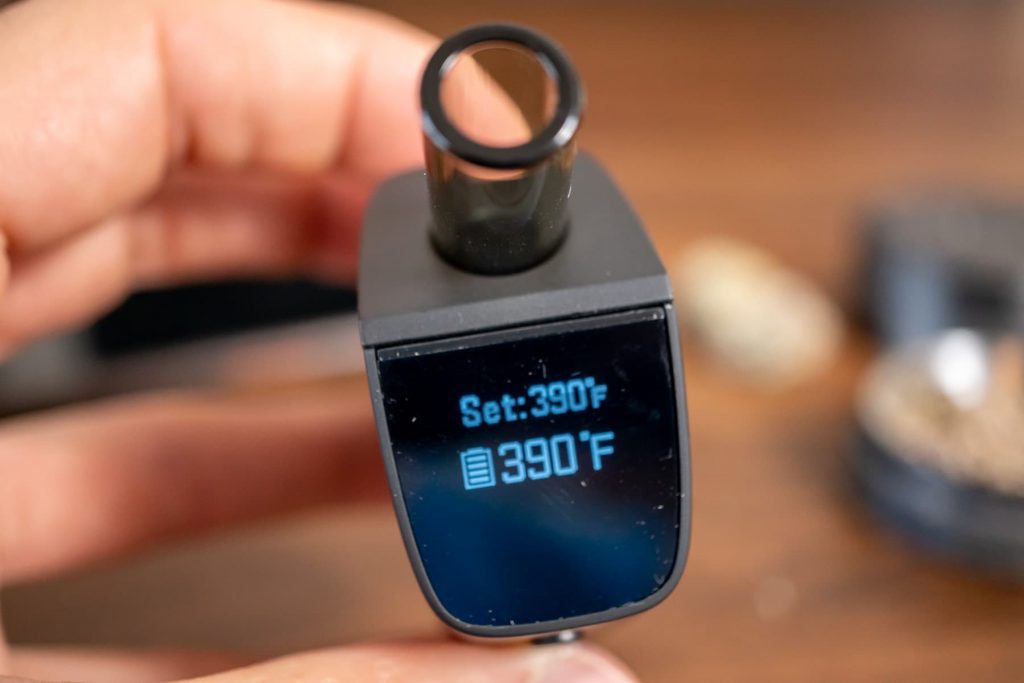 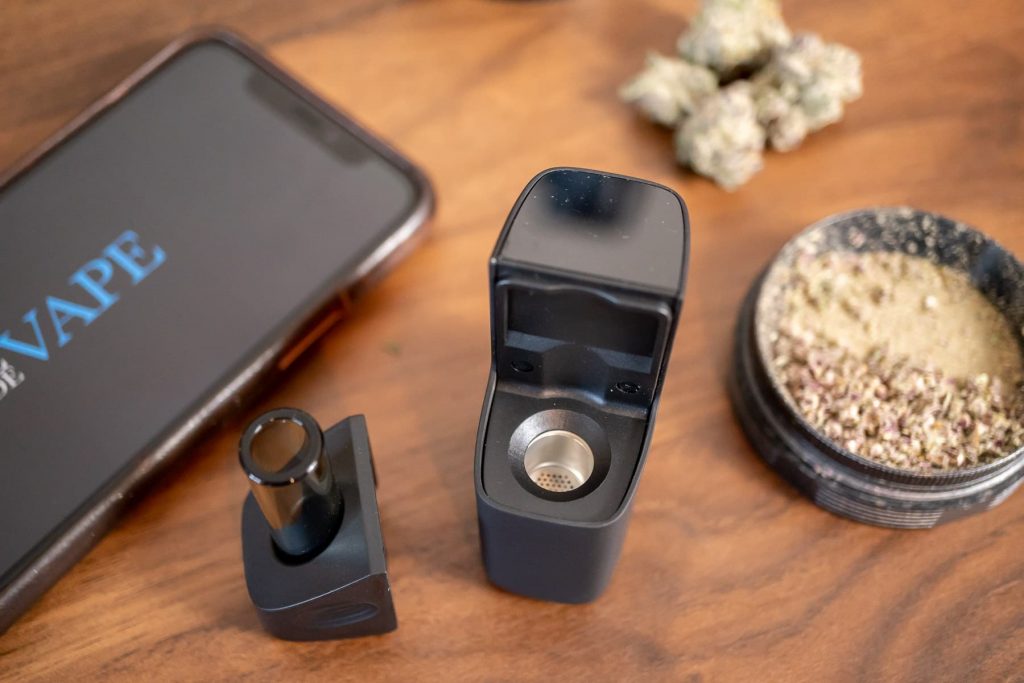 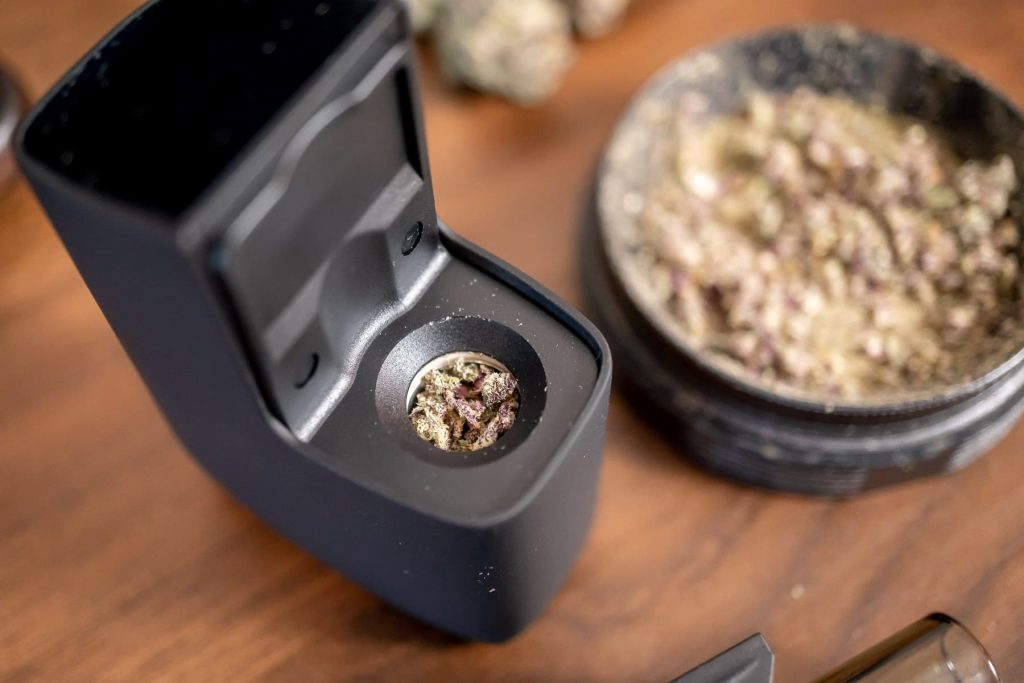 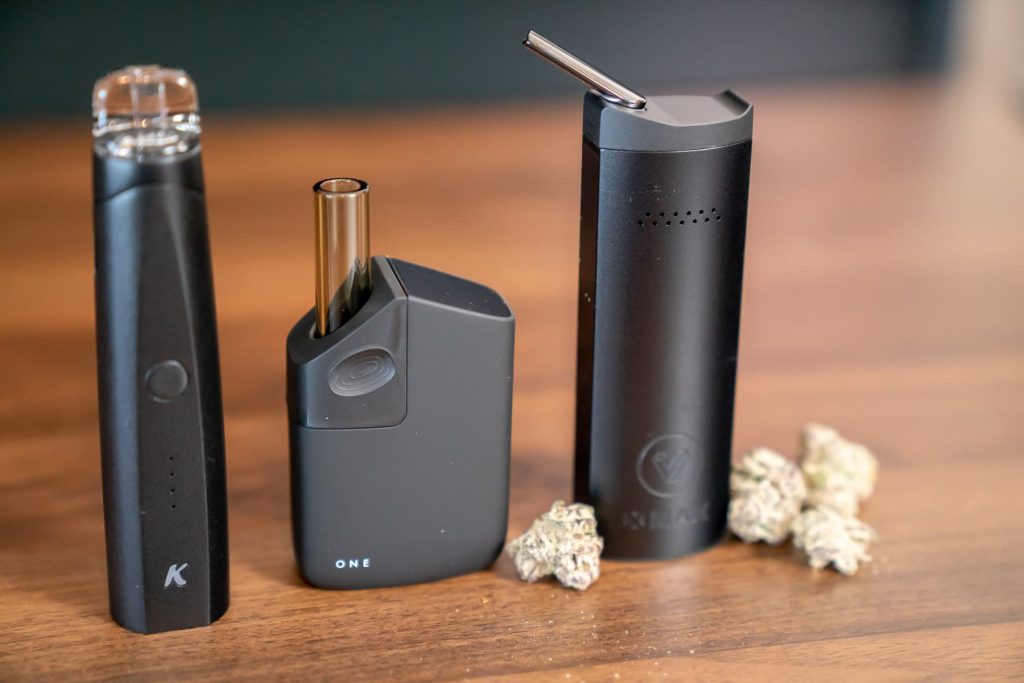