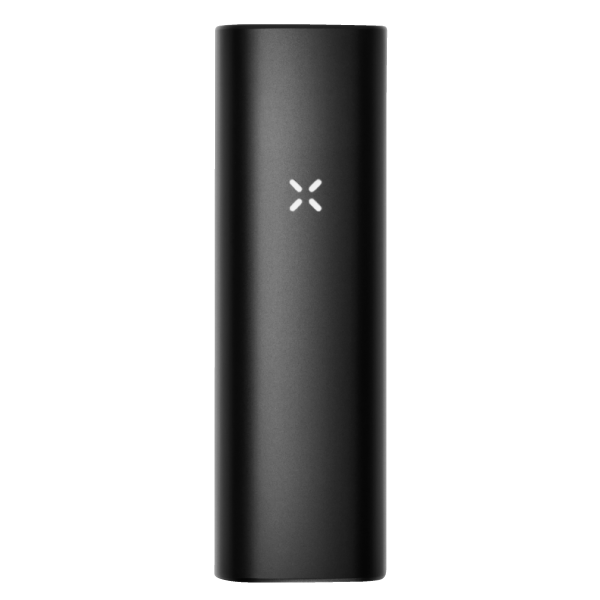 4.9 4.9/5
The new Pax Plus didn't offer substantial upgrades over its predecessor, but it is still the best small-form dry herb vape you'll find. It warms up quickly, has smart features such as standby mode, and the vapor quality is outstanding. If you vape mostly out of the house and prioritize portability and discreetness, the Pax Plus easily has the best size-to-performance ratio in the industry.

Pax has a limited-time deal where they give a free Charging Tray with any Pax or Pax Mini purchase!

This is a great opportunity to grab a rare and awesome deal. I paid full price for the Tray, and I totally love it.

It sits sturdy on the table, so you don’t have to fiddle with the small charger. You just place the pax on it, and the contacts line up perfectly.

The original Pax was released in 2012 by two friends- Monsees and Adam Bowen, that were looking for a high-tech way to consume dry cannabis. Since the original Pax, two more iterations have been released, keeping the same general form and significantly improving its functionality in each release. The latest one was the Pax 3 (read review), which was released in 2016.

In late 2022 Pax introduced their latest dry herb lineup- the Pax Plus (visit store) and the Pax Mini (review | visit store)- the first major releases from Pax in the last five years. Not a lot has changed between the Pax 3 and the Pax Plus, and the devices are built on the same platform.

The Pax Plus is a dual-use (herb & concentrate), and it retails for $250 directly from Pax, or check out Vape-Smart, which bundles up the Pax with some useful accessories.

Pax Plus is available with an all-inclusive kit, which contains-

Since the Pax Plus and the Pax 3 have the same exact body, the oven lids, mouthpieces, and charging accessories are cross-compatible between the two (and the Pax Mini as well.)

The Pax Plus keeps the same iconic and minimalistic design the brand is known for. Seriously. The exact same design. It is simple and stylish and feels much like an “Apple” product. Pax has been called “the iPhone of vaporizers” many times in the past, and it’s easy to see why. The finish of the Pax Plus feels the same as an iPhone or a Macbook.

There are no buttons on its surface, only the four iconic petal-shaped LEDs at the front and the magnetic charging connector in the back.

The vape is just under 4 inches tall and shaped like a rounded rectangle. Feels good and balanced while holding and easily conceals in my palm or fits in my pocket.

The oven is at the bottom of the vape, and it is covered with a magnetic lid. It is made from stainless steel and has a capacity of nearly half a gram or a quarter gram when using the half oven lid.

Pax also comes with a concentrate insert, which can be used with dabs and extract. But, extract typically creates a mess of residue and stickiness. So I recommend using the Pax exclusively with flower and using a separate vape pen for extracts. I linked my favorite wax pens below.

The mouthpiece is on the opposite side of the oven, and again a very familiar design of flat and raised mouthpiece options.

The vapor path runs between the oven and the mouthpiece and is made from medical-grade stainless steel. It is sealed and separated from the rest of the internal components, such as the battery and the heating element. This creates a clean airpath that keeps the vapor pure and flavorful.

The vape has sensors that will detect when the device is being used or put down and will trigger standby mode (indicated by a Blue wavy “X”).

So the vape adapts to your vaping style. If you’re holding the vape and taking back-to-back draws, it will keep heating active. But if you take your time between inhales and lay it on the table occasionally, it will enter standby mode and optimize the temperature to preserve battery and flower.

Moving the device or starting to inhale will exit standby mode and bring it back up to the set temperature.

There is also haptic feedback to communicate statuses such as “ready to vape.”

Pax is a conduction vaporizer, so it works best with a tightly packed oven. When packed correctly, it can fit around .5 a gram. You can use the oven tool to tamp it down and create a little brick from the flower. This will transfer heat efficiently and improve the extraction.

To micro-dose, use the included half-oven lid. But either way, the key to good vapor is to pack it nice and tight, so if you wiggle the device, nothing falls out.

One quick press on the mouthpiece to turn the Pax on, and it starts heating up immediately, which is indicated by a wavy Purple X.

The Plus comes with four activation modes. To toggle between them, I’ll hold the power button for two seconds and then single-click to toggle.

Long press again, or a shake will confirm the new setting and heat up to that setting. When the “X” turns green, it’s time to vape.

Cleaning the Pax Plus can be an involved process compared to other vapes. Here is why-

You need to clean the three main parts- the mouthpiece, oven, and vapor path. The process will include alcohol wipes, pipe cleaners (which Pax includes in the kit), and other accessories. Now, sure, you don’t need to do that after every use, but every 10-15 uses, you’ll want to give it a good clean.

Vapes such as the Crafty+, Mighty+, or Arizer Air Max have a much more “maintenance-free” design. The mouthpiece is the vapor path. And with Air Max, it’s also the oven. You can read the individual reviews for more info, but basically, they are typically easier to clean/maintain

I’ve been using the Pax Plus for a couple of months now, and I did notice an improvement in vapor production and extraction efficiency over the Pax 3.

The first couple of hits are usually excellent. Very reach and flavorful. Then the flavor and vapor quality slowly degrade, as is the case with all other dry herb vapes. Toward the end of the session, the vapor becomes a little warm and harsh.

While the vapor quality is very good, it is still not as good as a larger vape such as the Mighty+ can produce. But hey, Pax is a fifth the Mighty’s size and almost half its price. Pax easily has the best vapor quality of vapes it’s size.

What could have been better

Much like other small-form vapes such as the IQ or the Firefly 2, Pax gets warm towards the end of the session as heat has nowhere to dissipate. Vapes such as the Crafty or Mighty use fins to keep your fingers away from the hot body and allow air to pass through and cool the vape. Small vapes get warm much more quickly.

There are a few ways to combat this warming issue:

The second issue I have with this vape is its charger. I think there is no excuse for not making this vape charge with a USB-C. I mean, the magnetic charger is great, but it has to be in addition, not instead of a plug-in. Even the charger plug of the magnetic charger is a regular USB connection and not a USB-C. I think this doesn’t fit the “technology forward” mentality of the brand. Having a proprietary charger means that if you are traveling and forget that charger at a hotel room, your Pax is pretty much worthless.

So as I mentioned, almost everything is identical. Here are the few changes I noticed-

Pax Plus vs. Pax Mini

With the Pax Plus, Pax also released a smaller, trimmed-down version of the Pax. Here is what’s the same and what is different between the versions-

So not a lot has changed from the Pax 3, but Pax has always offered the best performance-to-size ratio of any small form dry herb vape, and this Plus is no different.

If you vape mostly in the house, consider larger vapes such as the Mighty+ or the Crafty+. They are a little more powerful and will get better extraction.

But if you vape mostly out of the house and need something discreet and portable, the Pax is easily your best bet. Check out our top 10 dry herb vapes of this year here.

Today we have a review of the new Pax Plus, which (together with the Pax Mini) is the first major release from Pax in the last five years. In this video, we'll unbox, review the features, load & use it, and talk about the performance and what could have been better. I'll also share tips that will help you make the most out of your Pax if you already own one. 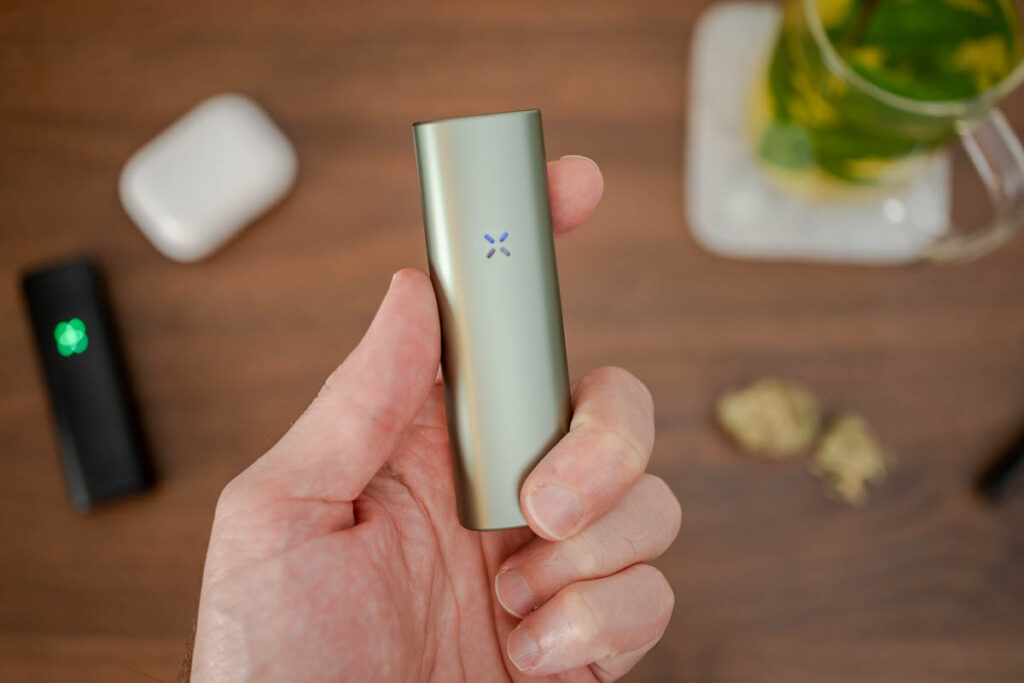 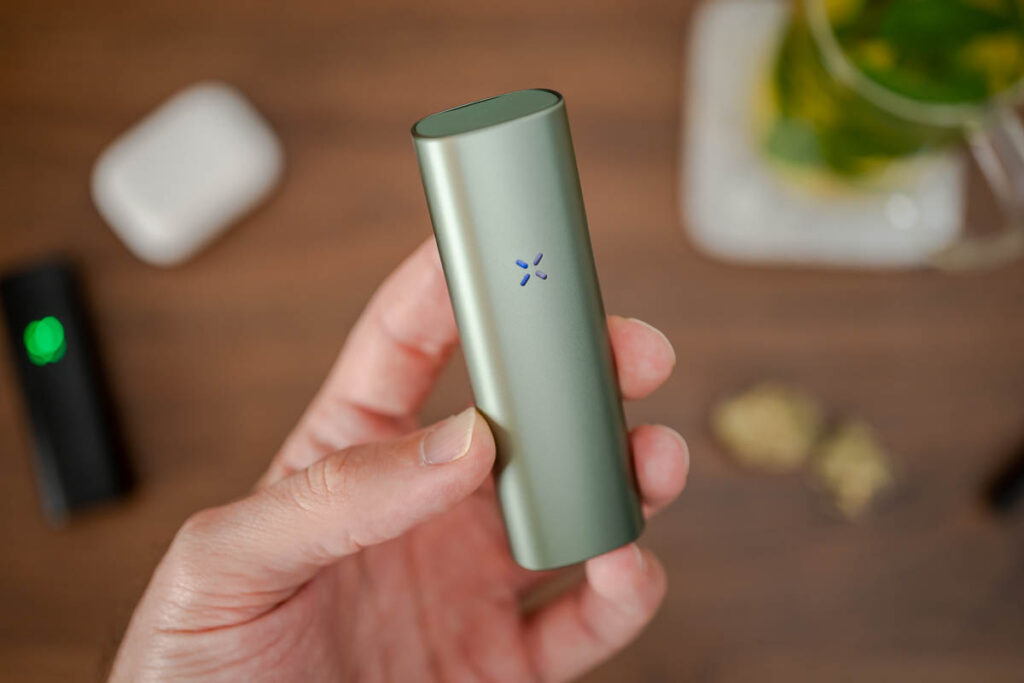 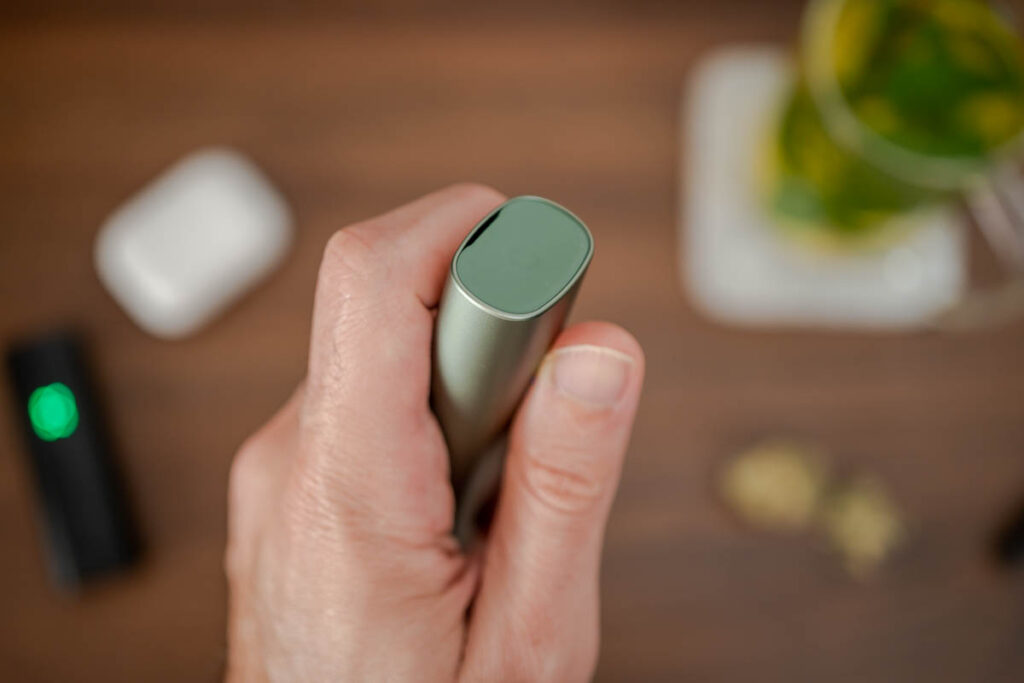 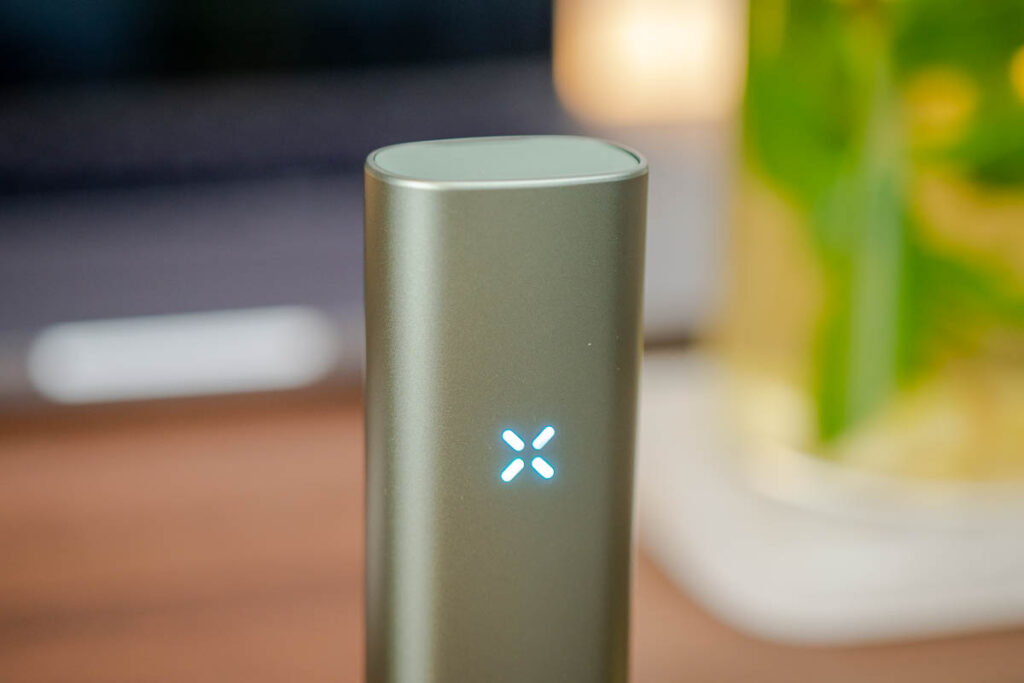 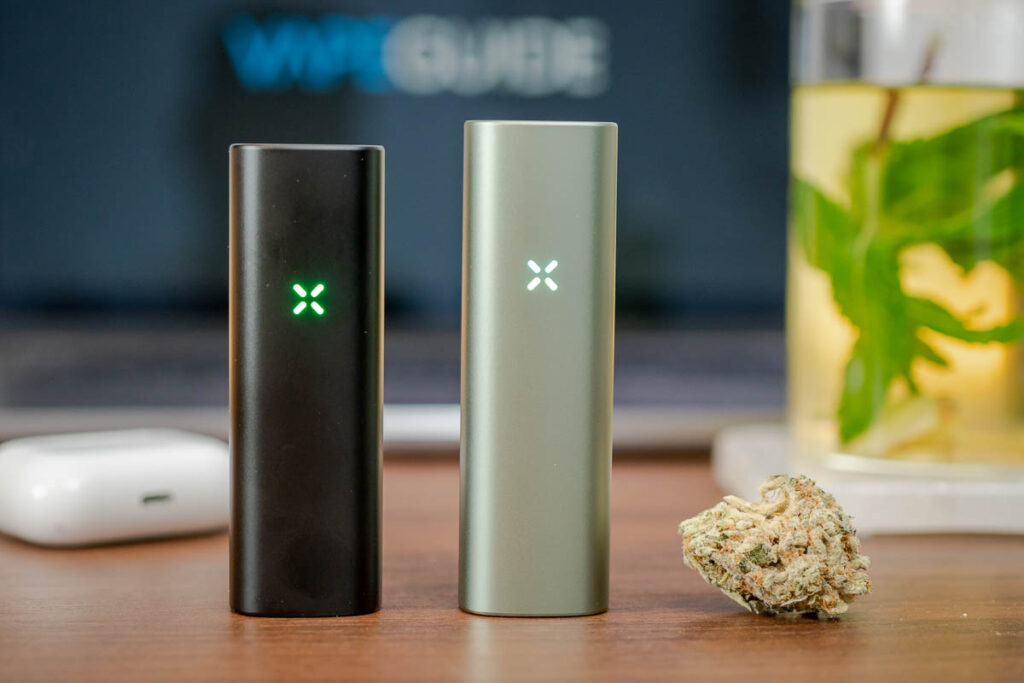 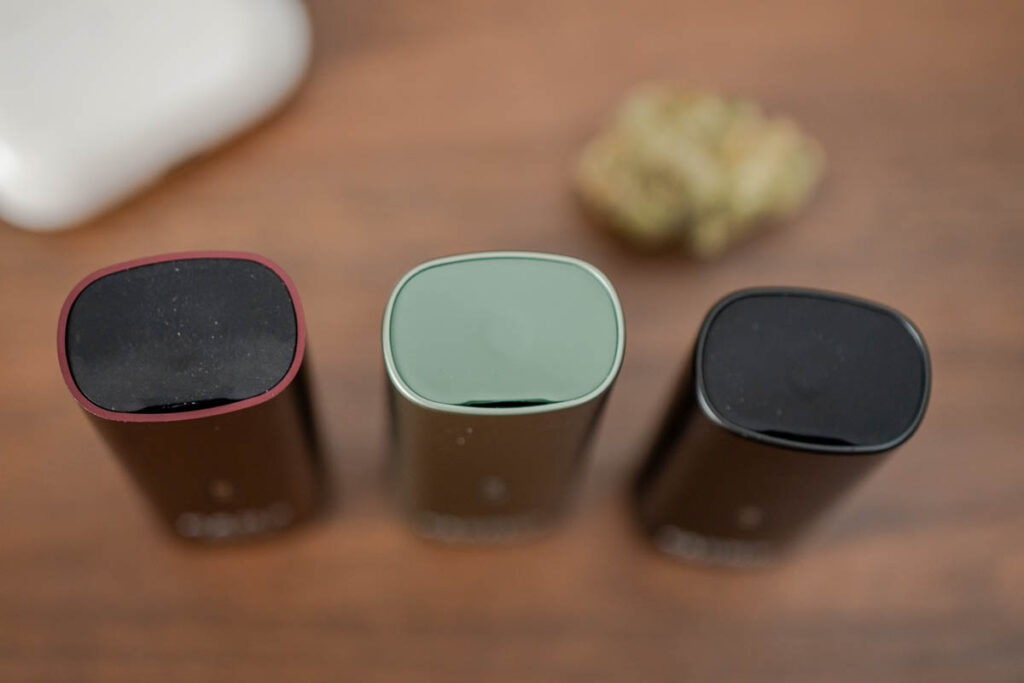 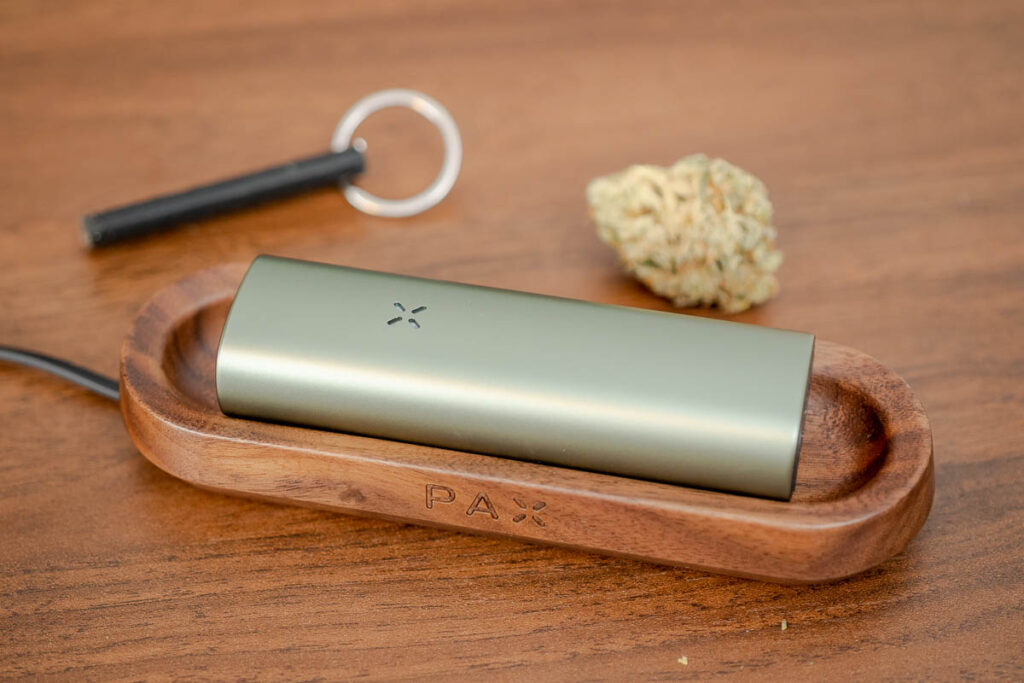 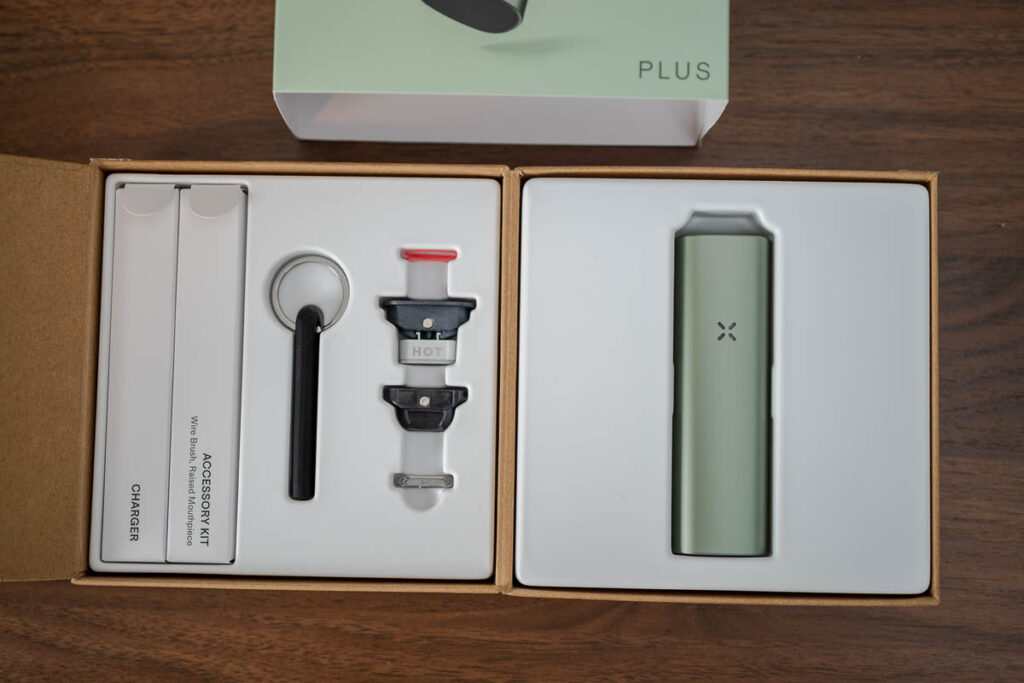 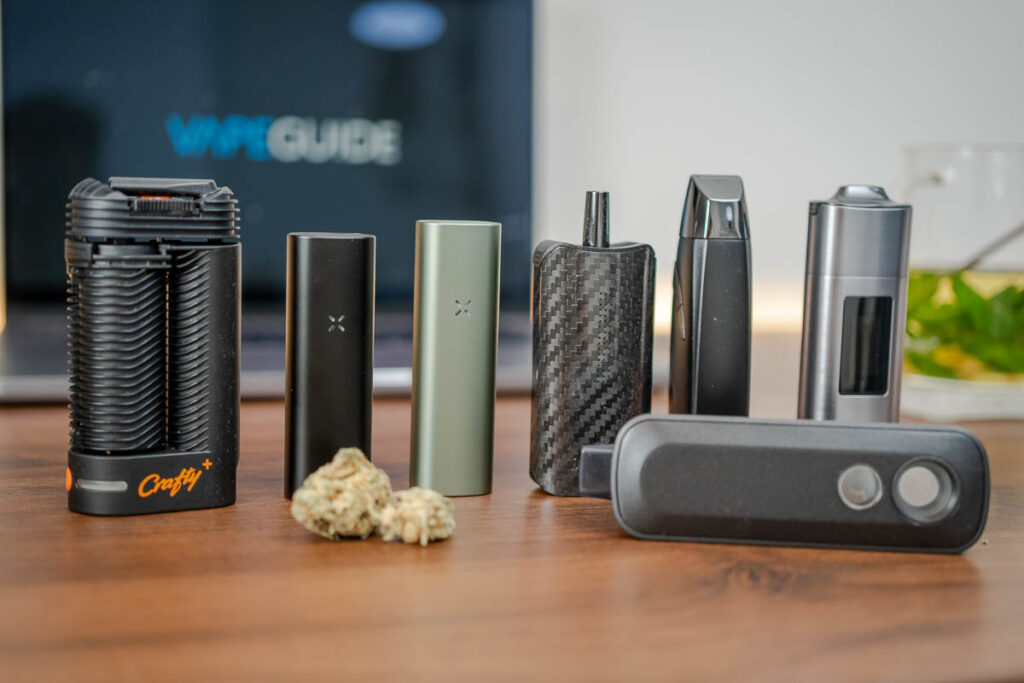 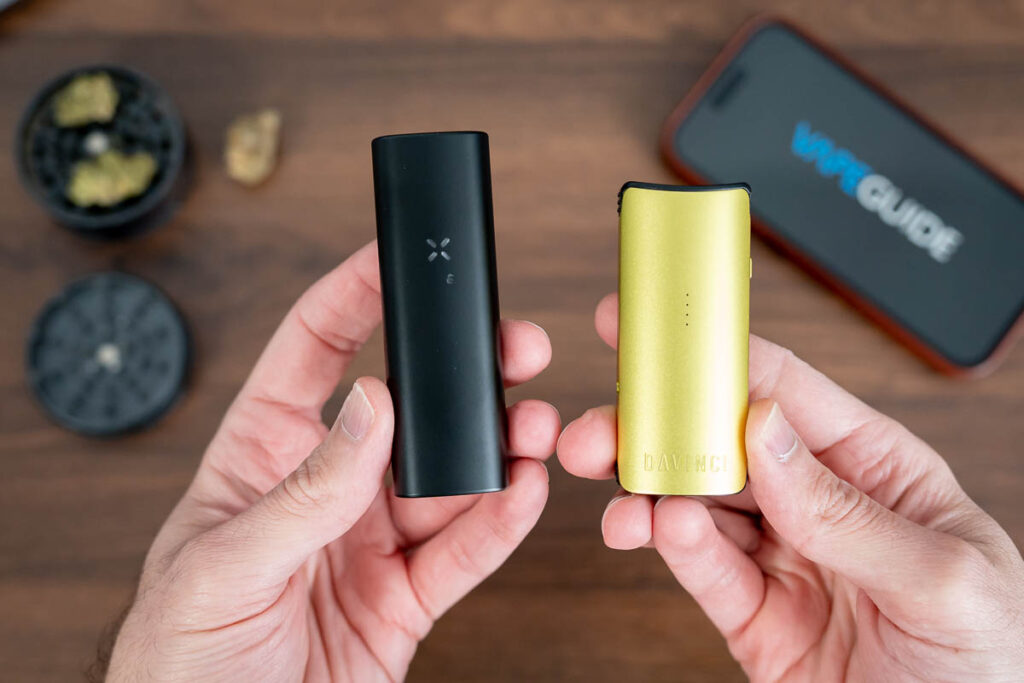 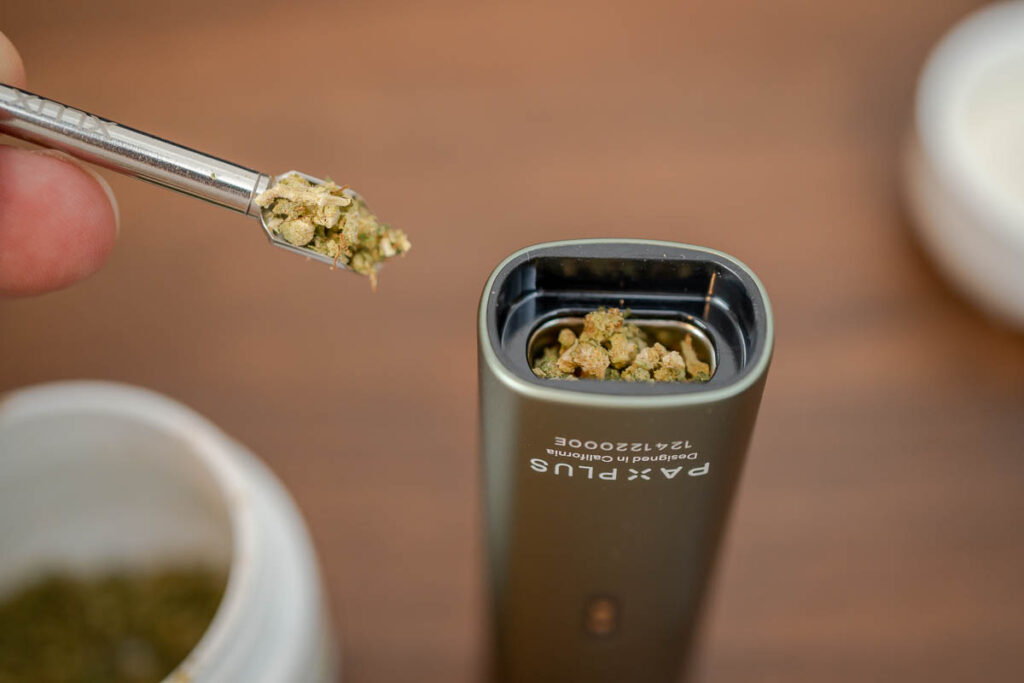 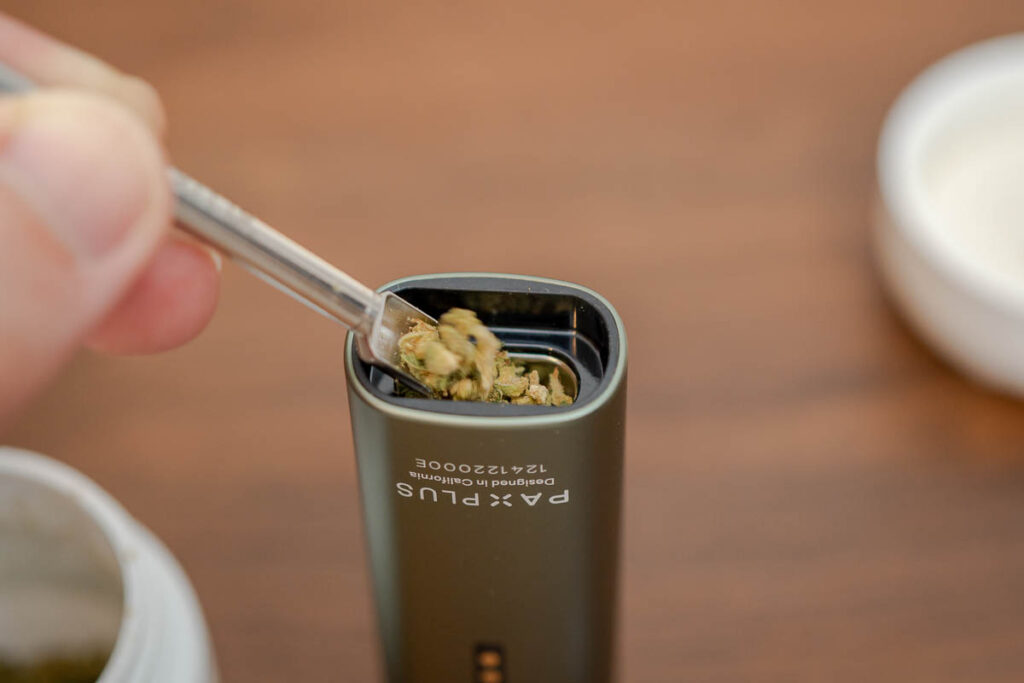 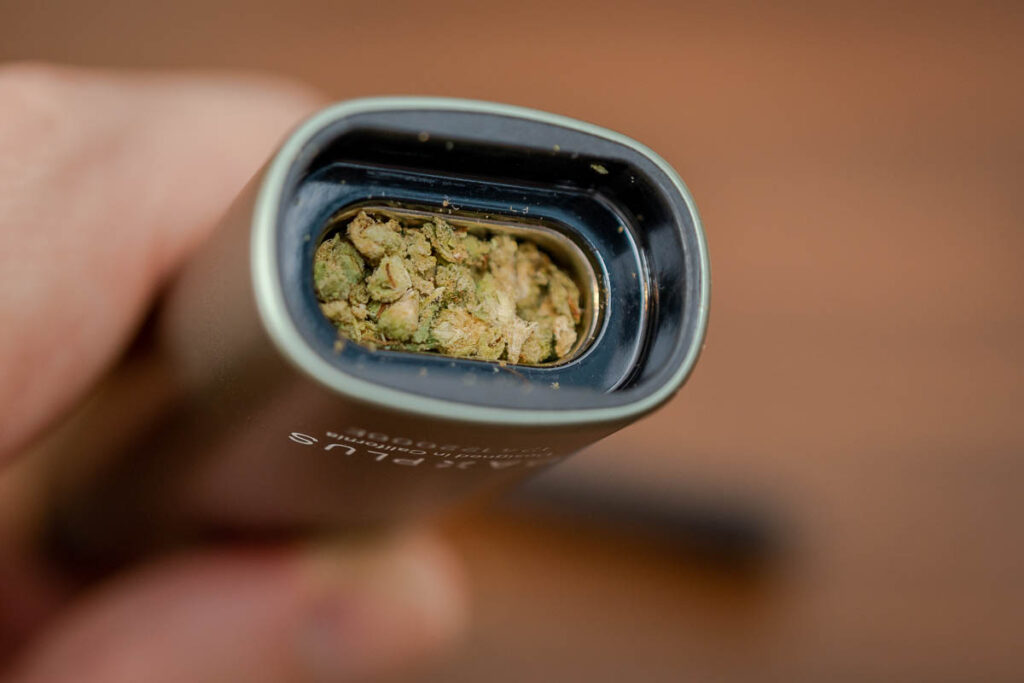 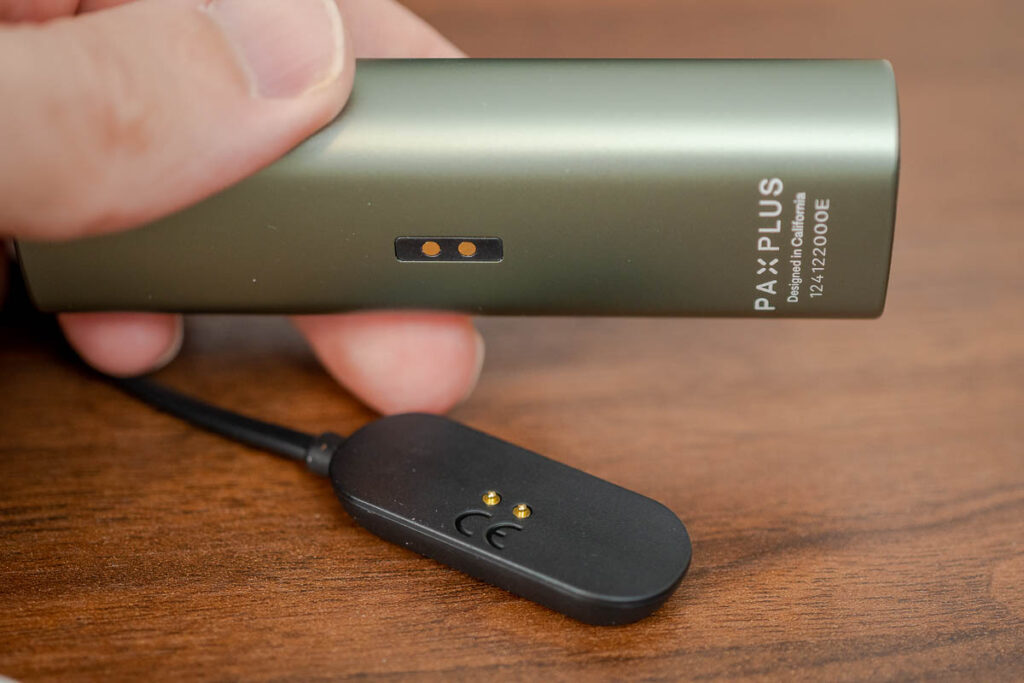 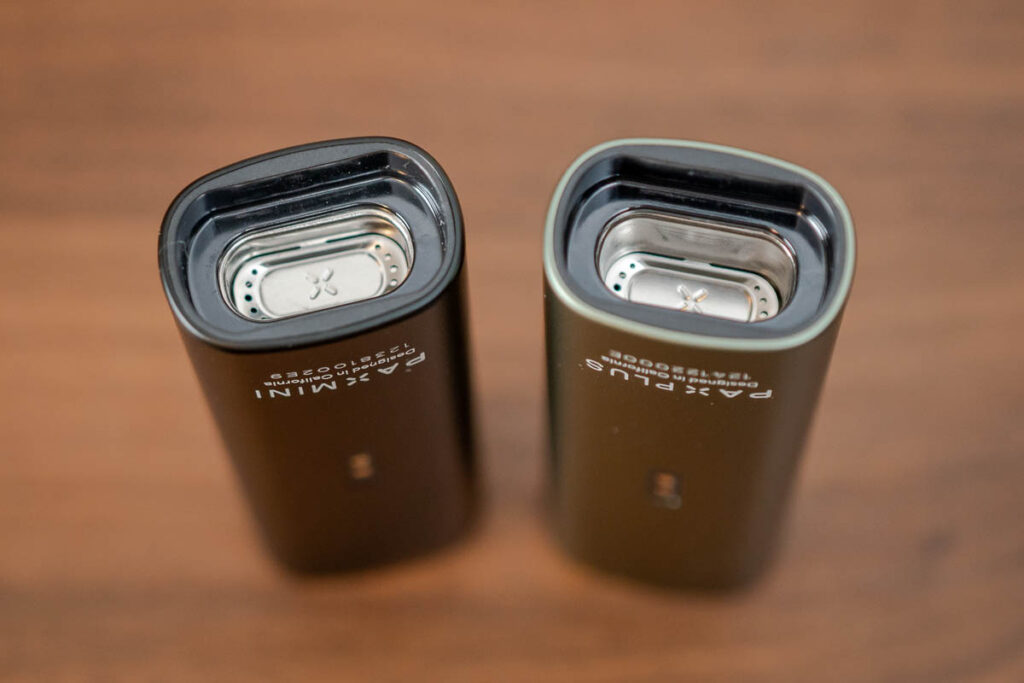 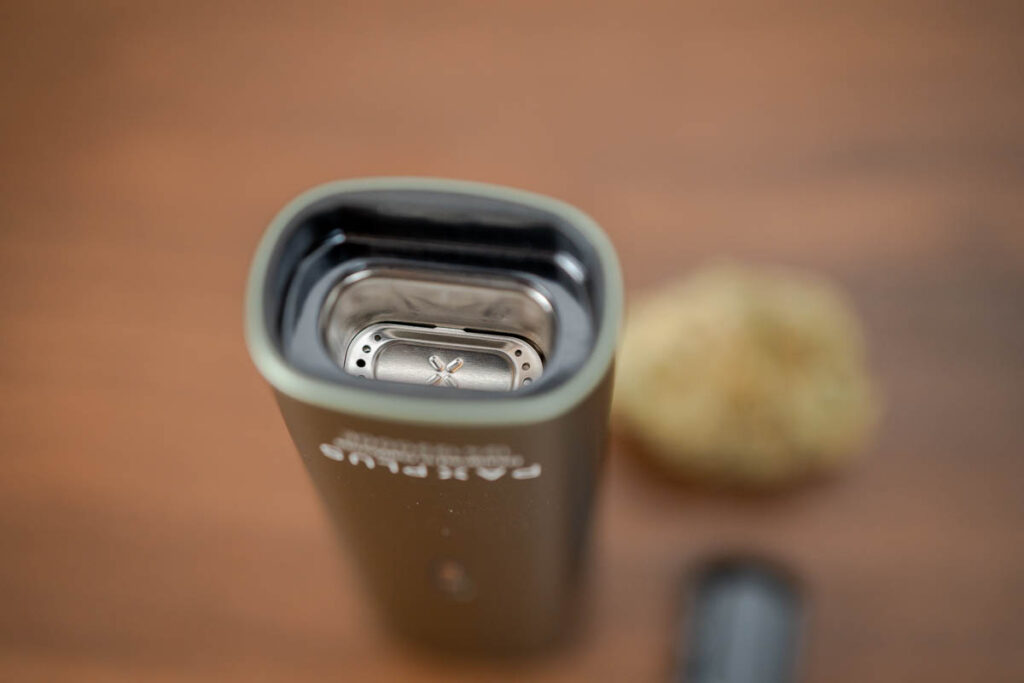 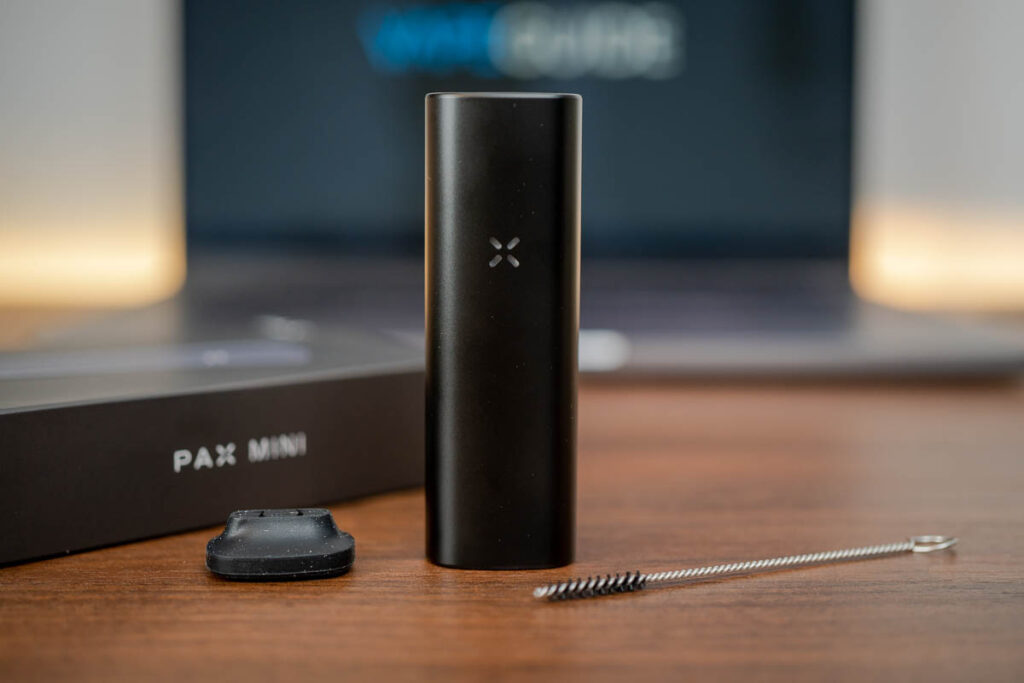