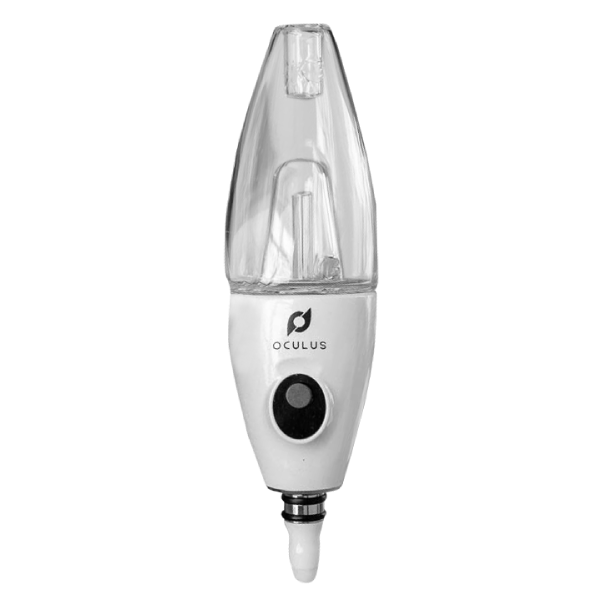 4.6 4.6/5
The KandyPens Oculus is the brand's first Honey Straws and in true KandyPens fashion, it goes beyond basic by also having the Oculus glass water bubbler built right in. Water filters vapor, rids it of impurities- so you get only the cleanest, most flavorful results. It also features a unique design, a zinc-alloy main body, a single-button operation, a quartz mesh tip, and is powered by a 500mAh battery that charges via USB-C.

California-based KandyPens has been around since 2014, and have built a pretty solid reputation for producing quality and high-performance vaporizers. They also frequently appear on our best vaporizers list, with popular products such as the Crystal 2 (Review) dab pen and the K-Vape Pro (Review), one of the best dry herb vaporizers you can get for less than $100.

Now, they’re entering into a new space with their first Honey Straw – the KandyPens Oculus. The KandyPens Oculus features a unique design, a zinc-alloy main body, a single-button operation, a quartz tip, and the Oculus glass bubbler with LED illumination. It’s powered by a 500mAh battery and charges via USB-C

Kandypens might usually be all out when it comes to their device design, branding, and marketing – but they do keep their device kits pretty fuss-free and minimal. The KandyPens Oculus comes in a large black box with molded cut-outs that hold everything in this pretty lean kit. There are only 3 things in the box – the Oculus, a stand to hold your device, and a USB-C cable for charging.

The KandyPens Oculus has quite an eye-catching bulb-like design. The water bubbler takes up more than half of the device’s body and is constructed out of high-quality, heat-resistant glass. The bottom electronic half is made out of aluminum and continues in the same bulb shape, with a single, easy-to-locate dip right where the button is.

In terms of portability, the Oculus isn’t really a vaporizer I would recommend for a trip or anywhere outside the house. The glass bubbler and the lack of a carrying case should be enough to worry you a bit about breakage. The kit, however, does come with a stand so it doesn’t topple over when in use at home – but doesn’t do much outside of that. If you’re really keen to take it places, the box does have foam inserts – so you might be able to re-use that, you’ll just have to exercise a little extra caution.

The Oculus Glass Bubbler is the standout feature of this device. While many Honey Straws have mouthpieces that are compatible with certain water pipes – the Oculus one-ups the competition by having one built right in. Passing vapor through water cools it down and rids it of any impurities – ensuring that you get only the best and most flavorful results.

A small downside, however, is that there is no indicator/ a line that’ll tell you how much water to place in the bubbler. I ended up putting in a bit too much and ended up flooding the device with wax. So I highly recommend placing only a very small amount of water in.

Instead of having to fumble around for controls, the Oculus has a single button for turning the device on/off and for cycling through any of its three (3) pre-set temperatures. While at first glance, the button may seem bigger since the entire area is black, it’s actually a smaller more tactile button located closer to the bubbler.

To use the Oculus:

The Oculus has 3 temperature settings as indicated by the LED light under the bubbler. The LED lights up in blue, green, and red. With the light being under the bubbler, instead of a small outward-facing light, the entire bubbler lights up and when you’re taking a draw, it does look pretty cool and trippy.

The KandyPens Oculus is powered by a 500mAh internal battery which should be good for about 30 – 40 minutes of use. The Oculus does feature session mode, which means the tip will stay hot for a certain period of time – consuming more battery. In that case, the battery should be good for roughly 8-10 sessions.

On the opposite side of the button is where the USB-C charging port is and it’s pretty great to see more and more devices finally adapting to the use of USB-C, which is a lot more stable than its predecessor, Micro-USB. It’s also just as accessible and easy to purchase anywhere – just in case you lose the one in your kit.

The Oculus has a Quartz Mesh tip which produces pretty flavorful and- depending on which temperature setting you choose, has pretty varied results. Usually, quartz coils result in a vapor that’s intense- making it more suitable for more advanced vapers.

Vapor Quality: On the Oculus, the Quartz tip produces lighter, terpy results on the lowest setting, and becomes denser and more heavy-hitting as you go up in temperature. The water, although there isn’t much of it – does a fine job of cooling the warm vapor.

KandyPens markets the Oculus as a “Next-Generation Honey Straw” and it’s not hard to see why. The brand has always been known for being first in the trends and pushing the designs and functionality of mid-range devices- and for their first Honey Straw, they’ve done just that.

The Oculus is definitely an at-home device, and is great for anyone looking for a, unique, versatile, straightforward concentrate vaporizer. It produces results that would satisfy users at any experience level- from beginner to advanced. For more, check out our complete guide to Honey Straws and our list of the best wax pens of 2022. 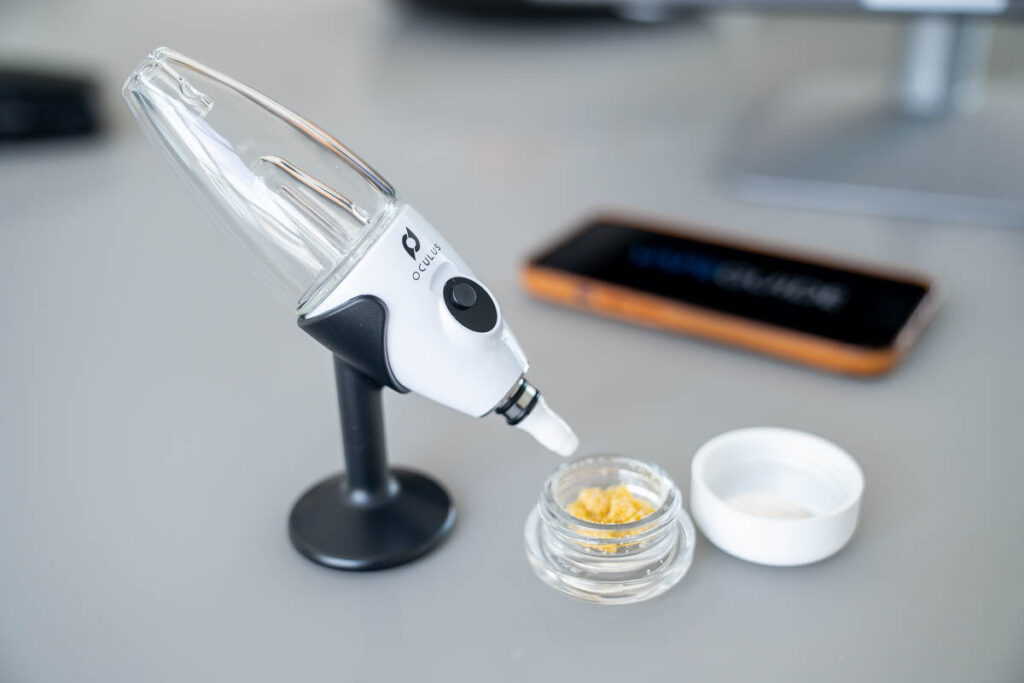 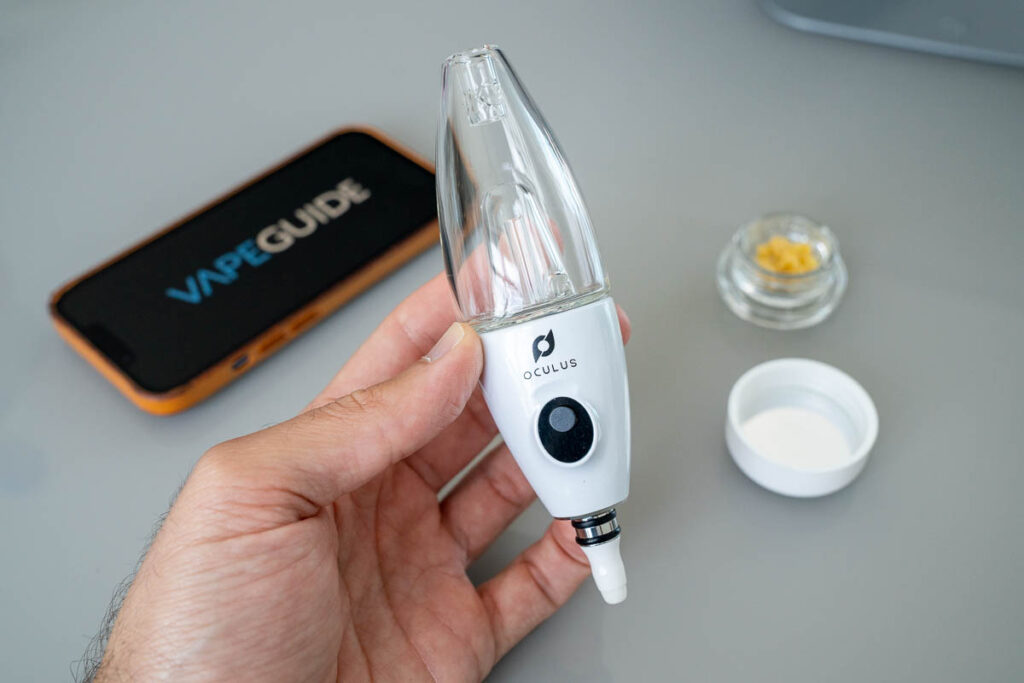 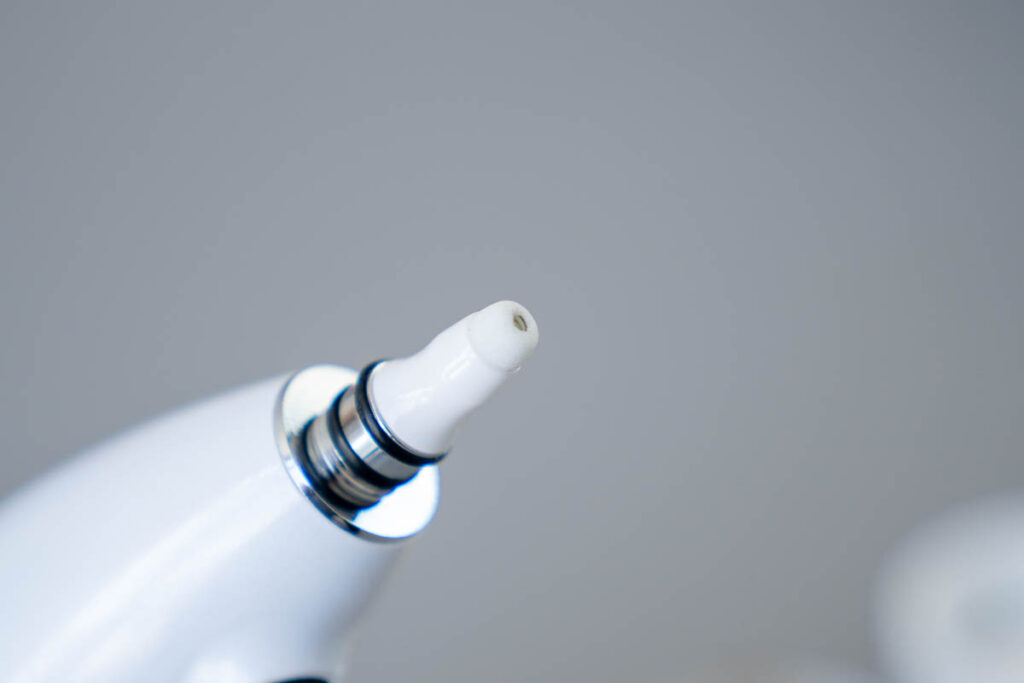 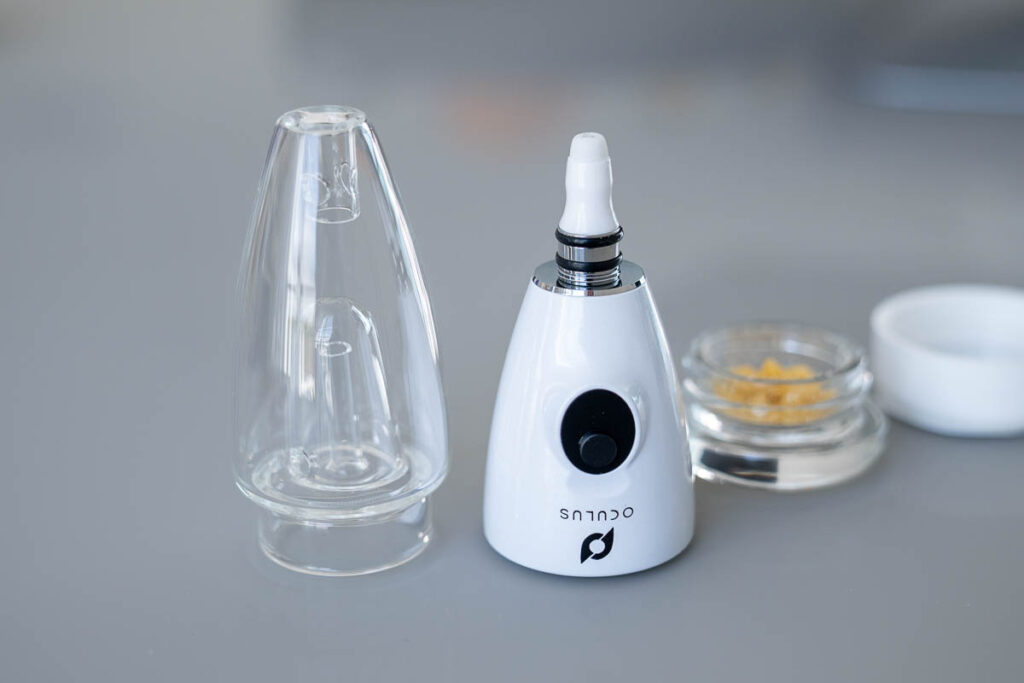