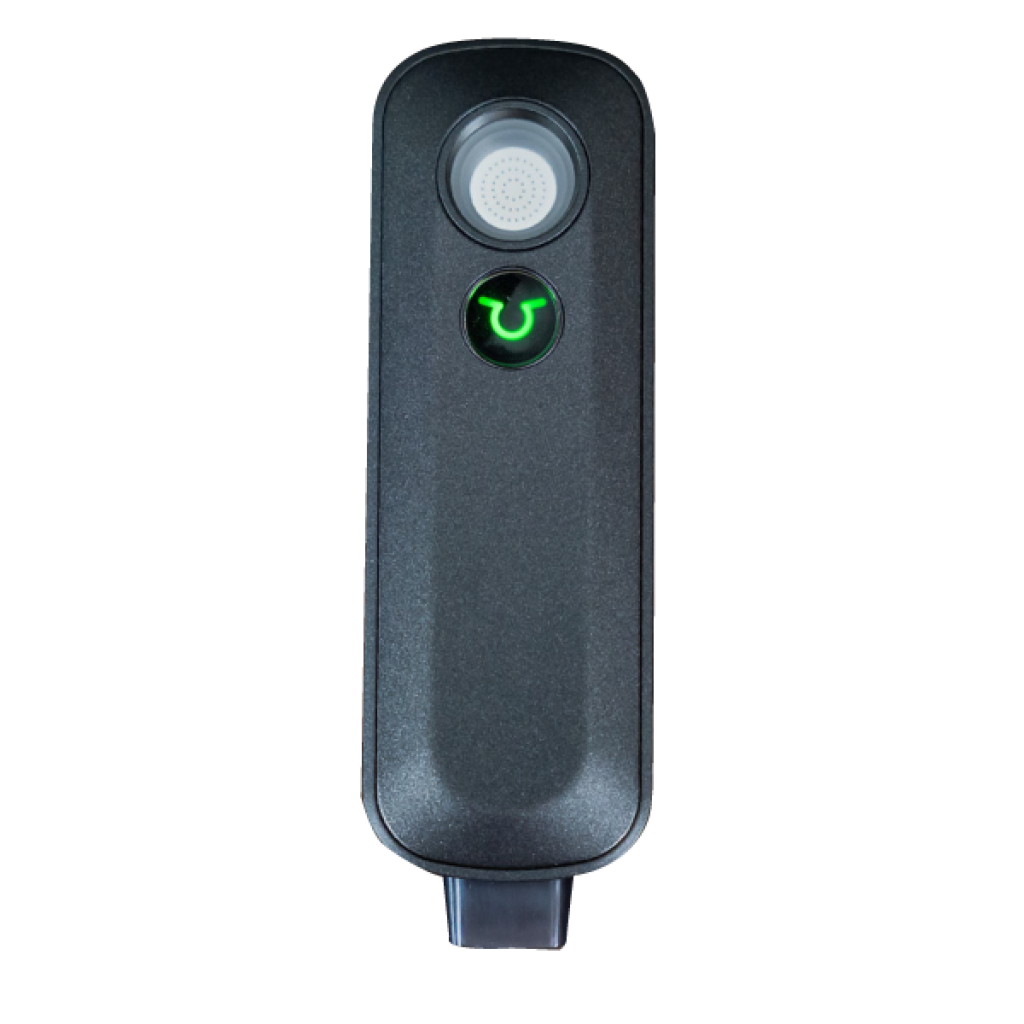 4.7 4.7/5
The Firefly 2+ is an advanced on demand vaporizer that is perfect for instant vaping whenever you want. You can also take it wherever you want because of its pocket-friendly size. The magnetic cover makes loading quick and easy and the smartphone app adds extra functionality.

Compatibility: The Firefly 2+ is compatible with dry herb and wax concentrates.

If you want to use the Firefly 2+ to its full potential, then you’ll need a good herb grinder. That’s because well ground herb gets heated more evenly and produces a better vaping experience. The SLX is one of the best manual grinders out there because of its smooth grinding action and its low maintenance.

The Firefly 2+ looks very similar to the original Firefly 2. The main difference is that the 2+ has a window that highlights the new logo which sits underneath the viewing portal. That new addition aside, everything else is essentially the same, that is a good thing since the Firefly 2 was already very well designed.

The easy to use magnetic cover is still there, the same goes for the touch sensors on either side of the device. The way that those touch sensors are placed means that you have to hold the vaporizer in a way that looks and feels unnatural. This is likely to prevent you from accidentally turning it on when it’s in your pocket, but it still feels weird. You can fiddle with the smartphone app so that you only need to use one of the sensors, but then you have to worry about it getting accidentally fired up while it’s in your pocket.

The Firefly 2+ is fairly large but its size and shape mean that it is pretty easy to carry around. The rounded edges mean that it is a bit more pocket-friendly than most weed vapes since they help it to easily slip in and out of pockets. That makes it easier to take advantage of the on-demand feature that allows you to take a quick hit or two on the go. There’s no need to worry about the mouthpiece getting dirty since you can easily remove it if you need to.

The body and lid of the 2+ are both made from magnesium alloy, and the viewing portal is made from quartz. The heating chamber is made of a ceramic superalloy that works in conjunction with the borosilicate glass airpath to ensure the purity of the vaped weed. The Firefly 2+ has the manufacturing quality you would expect from a vaporizer in the premium price range. Even though the Firefly 2+ is a little more complex than other dry herb vapes, it’s still pretty easy to use.

The smartphone app of the Firefly 2+ is pretty good. It gives you a greater temperature range than what you can get on the device itself. On the vaporizer you can select temperatures from 320°F to 420°F in 20° increments. Using the app, you can go from 200°F to 420°F in ten degree increments. The app also gives you helpful tutorial videos and allows you to customize the button configuration.

The on-demand heating is the standout feature of the Firefly 2+ since it is the only other weed vape with that feature available right now, the other one being the Ghost MV1. On-demand heating means that the vaporizer heats up and cools down near instantly. This gives users the freedom to vape a single oven whenever they want.

As long as there is herb in the chamber, you can repeat steps 2 to 4 whenever you like.

The Firefly 2+ is a pretty low maintenance device, but that doesn’t mean no maintenance, so this is what you need to do to keep it clean. For the heating chamber, you can use a small brush to clean out the bigger pieces of residue.

You can follow up with a cotton swab soaked in alcohol to wipe out the chamber and finish up the job. You can also use alcohol-soaked wipes to clean the air path. As far as the mouthpiece goes, you can use the pick from the cleaning kit to clean out any residue.

Thanks to the dynamic convection heating, the Firefly 2 had some of the best dry herb flavor  around. Fully enjoying that flavor was difficult because the draw resistance was higher than usual. The 2+ doesn’t have that problem since the draw resistance is now much lower and much easier on the lungs, making it much easier to inhale all of the flavorful vapor. The resistance is still higher than most other vaporizers, but it’s better than it was before.

Thanks to the dynamic convection heating, the Firefly 2 had some of the best dry herb flavor  around. Fully enjoying that flavor was difficult because the draw resistance was higher than usual. The 2+ doesn’t have that problem since the draw resistance is now much lower and much easier on the lungs, making it much easier to inhale all of the flavorful vapor.

The ideal time for each draw is about ten to thirty seconds and each of those hits feels like its own mini session because they feel stronger than comparative hits from other vaporizers. Even if you’re a vaping vet, you might want to take it easy at first, that goes double for newbies. Regardless of your experience level, you never have to worry about the vapor getting hot, no matter which temperature setting you choose. The reason is that the glass airpath helps to cool down the vapor before it gets to the mouthpiece.

Since the Firefly 2+ is a purely convection type of vaporizer, you will need to stir the herb every now and then. When you stir it is up to your discretion, but I found that every three to four hits was enough. But if you want the flavor to last as long as possible, then you can stir after every hit.

The 2+ doesn’t produce a whole lot of vapor because the majority of the weed gets vaporized and inhaled. That means no wasted terpenes, no big clouds, but some still very potent hits.

Concentrate performance is weaker than the weed performance because the Firefly 2+ doesn’t reach the high temperatures that wax concentrates need to get completely vaporized. Plus it is not too convenient because you need to insert the concentrate pad anytime you want to vape some wax.

Compared to how quickly you can load a dedicated vape pen like the KandyPens Crystal, that is pretty inconvenient. The concentrate performance isn’t bad, but it’s not the reason to buy the Firefly 2+. I would stick to weed vaping when using the Firefly 2+ since that’s clearly where its strengths lie.

It’s best that you don’t use your main herbal vape for extracts. Doing so just makes cleaning your herb vape more difficult, plus you will be doing it more often. If you want to use extracts, then a wax pen is the better choice. It does a superior job of vaping your extracts, plus your herb vaporizer will remain in top shape.

I was able to get an average of sixty-four draws per charge. That is because I got about eight bowls per charge and about eight draws per bowl. You could probably squeeze out a few more if you set a lower temperature. Recharges are very fast, at about forty-five minutes. The battery is removable, but it can only be recharged while it’s in the vaporizer. It goes without saying that it reduces the convenience of a removable battery. 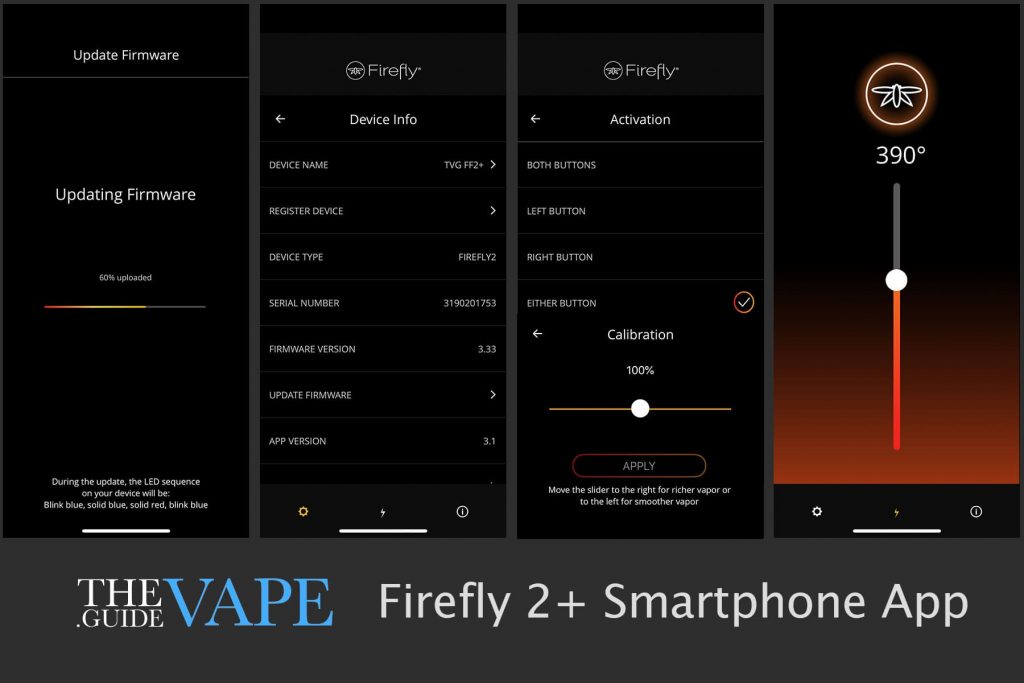 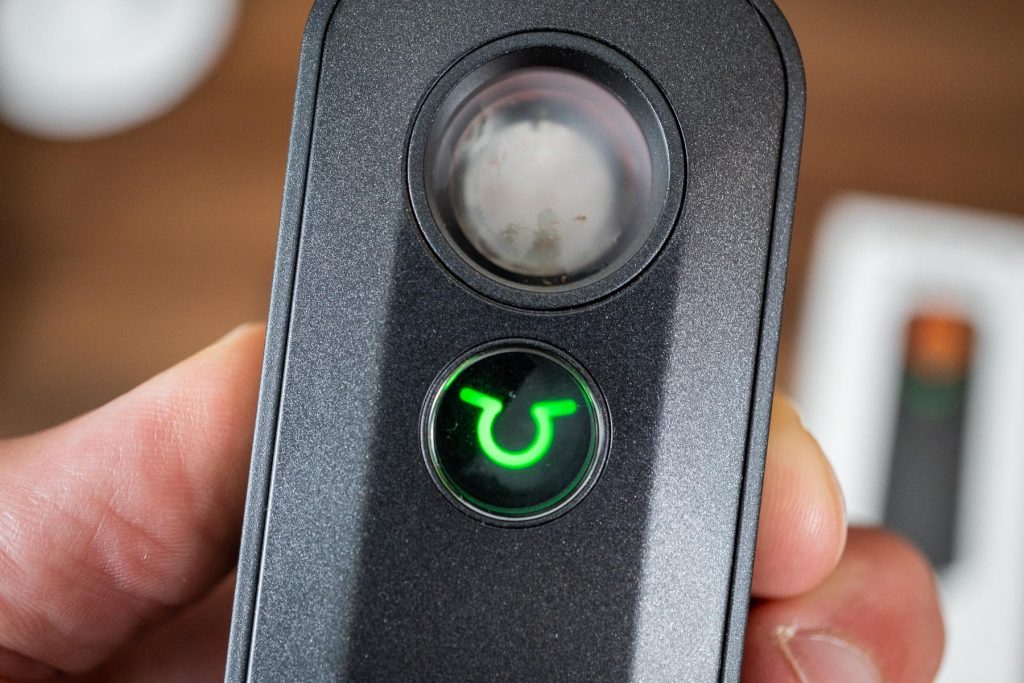 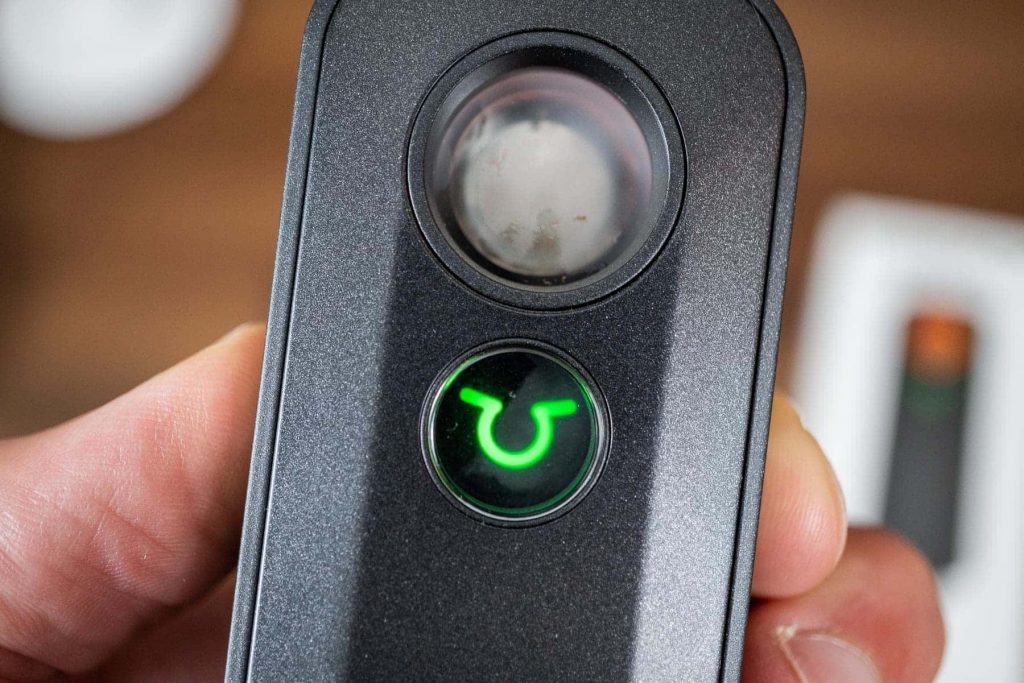 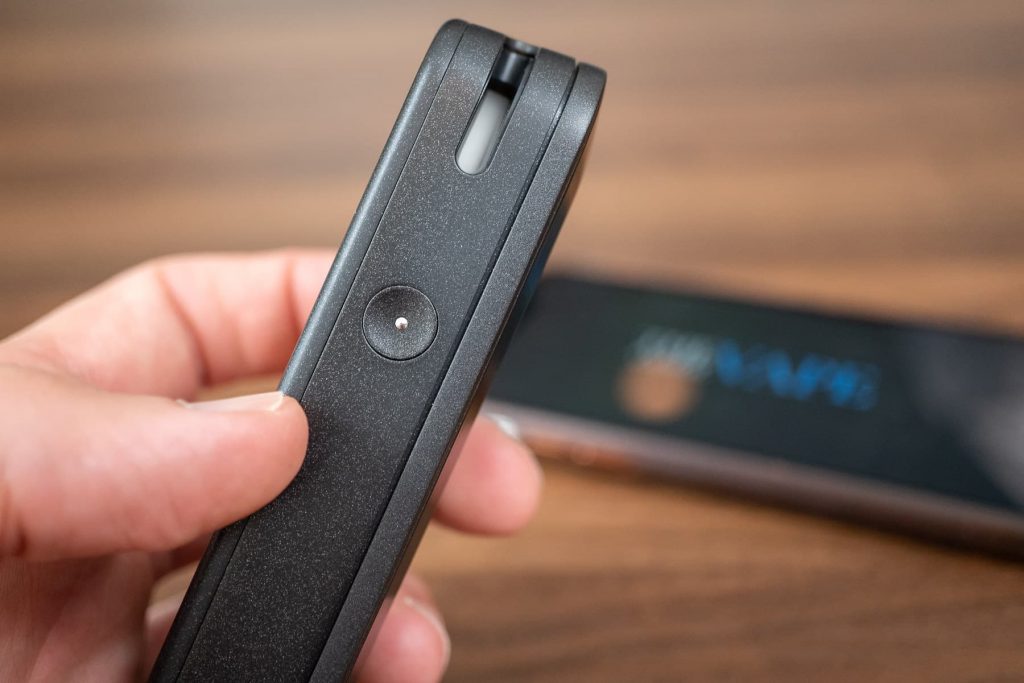 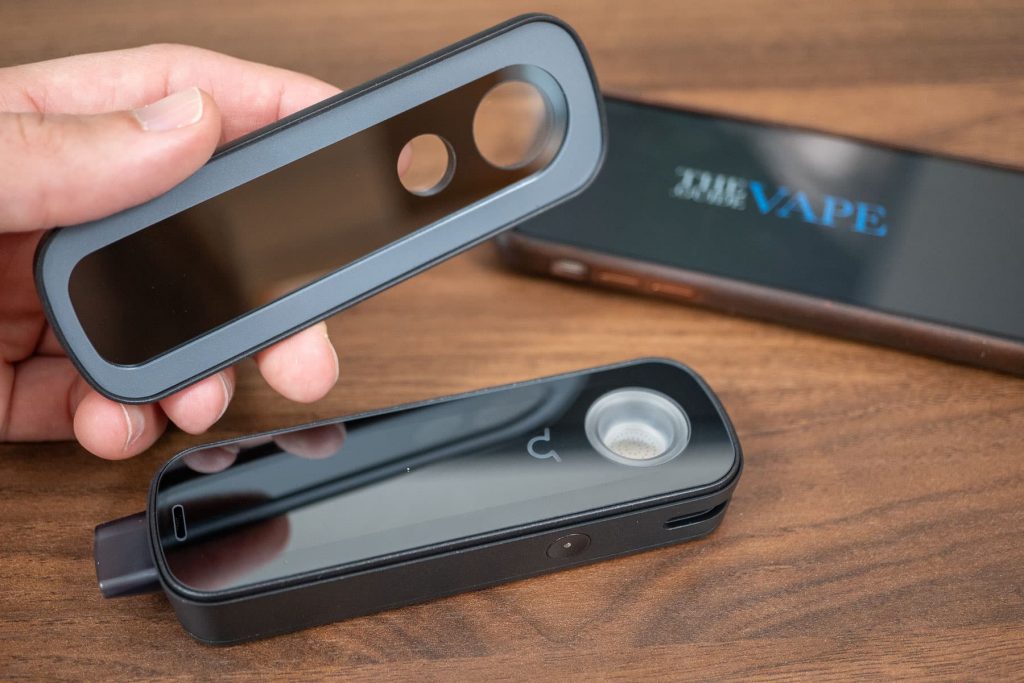 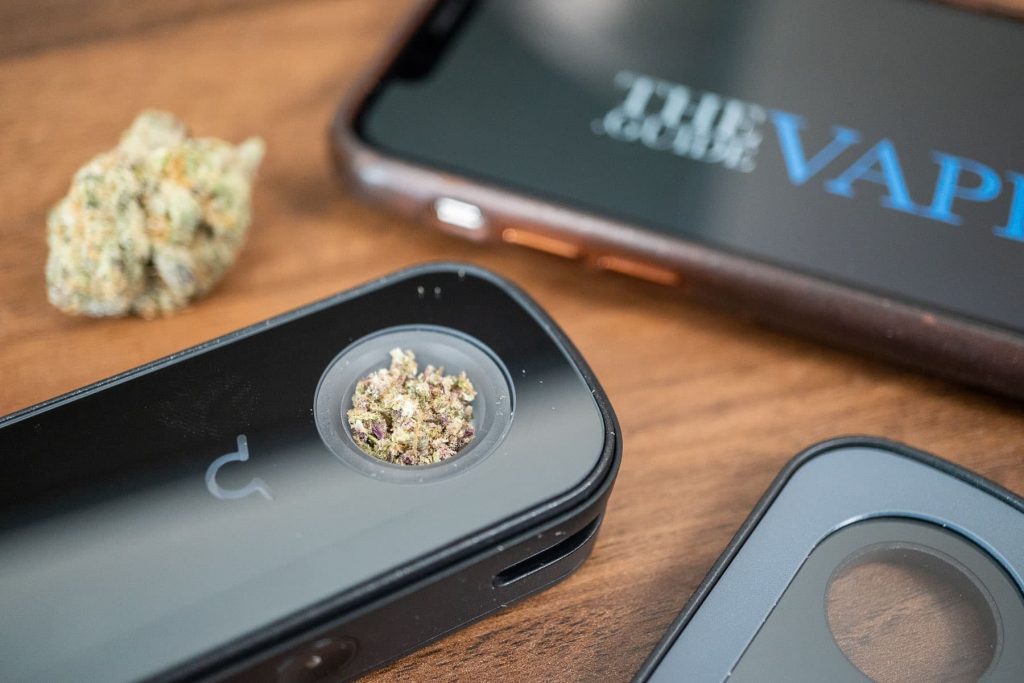 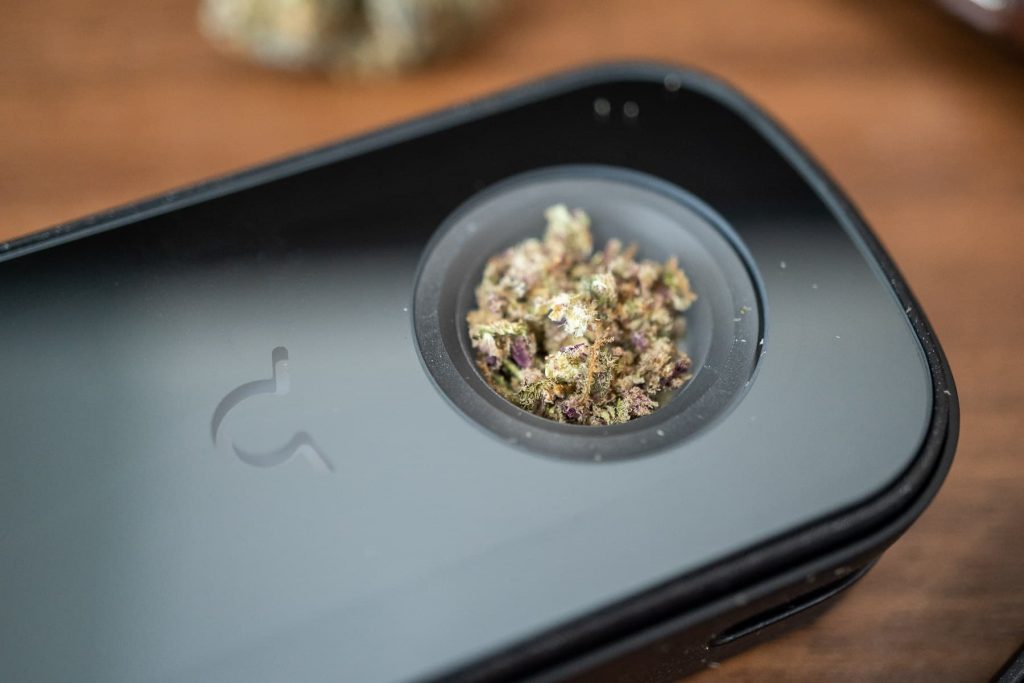 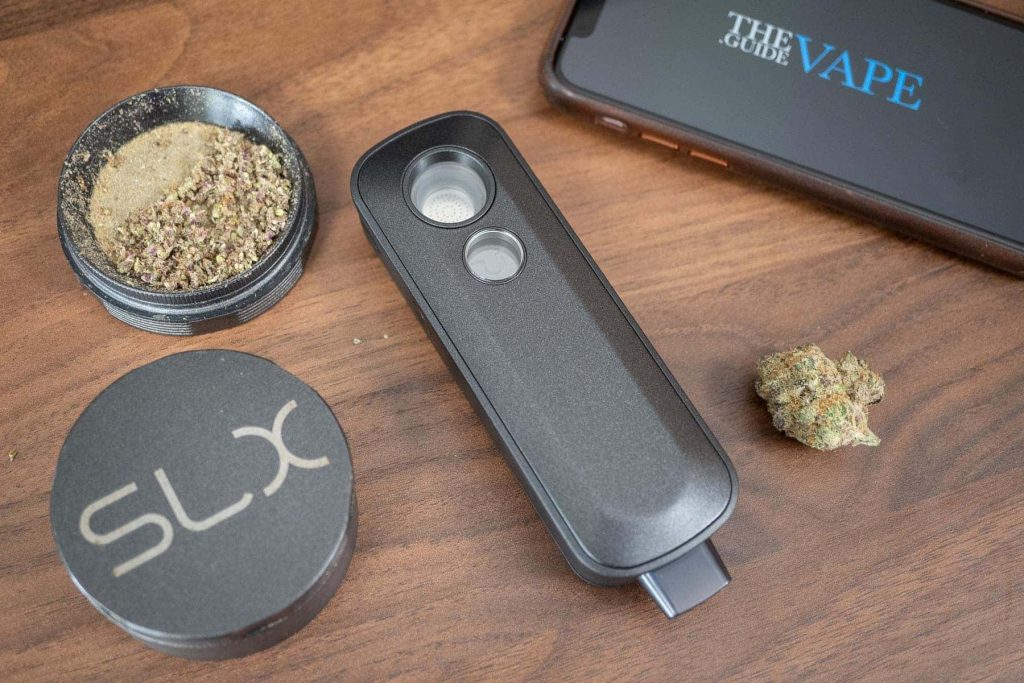