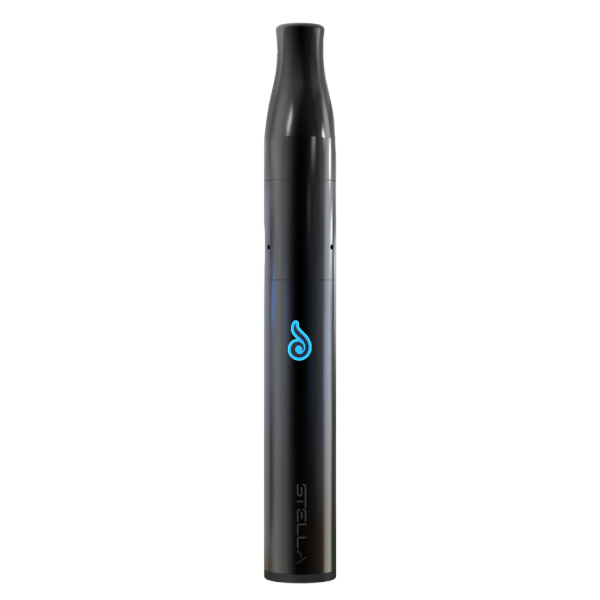 4.5 4.5/5
Dr. Dabber Stella is a sleek-looking vape that produces stellar vapor flavor. It features a Temperature Coefficient Resistance which prevents the wax from getting burned. Also, the ‘floating coil' design helped with dispersing the heat properly. For a $100 vape, this is suitable for both newcomers and experienced vapers who prefer vapor flavor above anything else.

Dr. Dabber (visit store) has been one of the most dominant players in the dabbing scene. With unique releases such as the Switch (Review) which is one of the few dab rigs that use conduction heating technology. Now, after much anticipation and speculation, they released their new flagship wax pen called Stella (which means ‘star’ in Latin).

The Stella is a $100 wax pen that improves upon the previous Aurora vaporizer. It has a longer battery life, better and sturdier mouthpiece, good airflow, and features that I’ve never seen before on similarly-priced vapes. It has a ‘floating coil’ system that’s designed to disperse the heat properly making it sure the vaporizer stays cool all the time.

The Stella is not 510-threaded which means that it’s not compatible with 510 pre-filled carts, it only works with concentrates such as wax and dab.

The Stella is a simple and straightforward vape pen that looks similar to KP Crystal (Review) and the Utillian 5 (Review). It’s enclosed in an all-black stainless steel shell that looks sleek and futuristic and feels solid and durable at the same time. Stella has two Dr. Dabber logos (middle and bottom part of Stella) that lights up and changes to the corresponding color of the temperature. The one on the middle is used as a power button to turn on/off the device and cycle through 3 temp settings.

Stella has a 600 mAh battery that uses a USB-C charger so the recharge time is pretty quick. It also supports pass-through charging which means you can use it while it’s plugged in. If you remove the atomizer, you’ll see the tip that enclosed the threaded gold connection for pre-filled carts if you want to vape oil instead of wax.

The main feature of the battery is the TCR (Temperature Coefficient Resistance) which I have never seen on dab pens before. It allows the battery to adjust the voltage based on the temperature of the heating coil. So, instead of having a constant stream of power to the coil, the battery adjusts to make sure that the coil stays in the precise temperature. This is a great feature since the atomizer won’t get too hot and ‘burn’ the extracts, preventing dry or burnt hits.

The Stella features a ‘floating coil’ that minimizes the contact points between the coil and the body of the pen. This design reduces heat transfer and prevents the device from getting uncomfortable to hold. The coil has a large bowl size and is made out of Alumina Ceramic that’s wear-resistant and capable of withstanding high temperatures.

The Stella has an elegant hourglass-shaped tip that fits comfortably in my lips and feels sturdier compared to some mouthpieces. It has a magnetic connection that you can easily pull when loading the wax, and it fits perfectly still when you’re taking a hit.

When you inhale from it, it has a good draw resistance and features a built-in airflow regulator to reduce the splashing of concentrates during vaping. The thing that I noticed in the mouthpiece is that during intense back-to-back sessions, it gets hot. Maybe including silicon protection on the tip can solve the issue, but it shouldn’t bother most casual users.

Dr. Dabber Stella, like most vape pens, is pretty simple to use. It has 3 temperature settings that range from 550-775°F. To use Stella, you need to:

Pre-Heat Function: The pre-heat function has a temperature that’s about 460°F (Purple) and vibrates when finished heating up.

Haptic Feedback: Stella vibrates whenever you turn on/off the device and change the temp settings.

Stella uses a high-quality ceramic coil that heats up faster and vapes the wax more efficiently compared to ordinary ceramic coils. Thanks to the TCR technology, there’s no chance that I’ll get a ‘burnt’ hit since the wax is heated at a steady and precise temperature. I had no trouble inhaling the vapor whether I took a short sip or a long smooth drag.

I got the best results by preheating the wax first, then bumping it to the middle temp setting (630°F) to finish up my session. In this way, the preheat mode conditioned the coil that made it easier to reach my desired temperature so that I got the most out of my hit. However, as I’ve mentioned before, the mouthpiece gets hot when you use it nonstop which is not a big problem unless you’re a heavy user like me.

The vapor quality took me to the stars. My mouth tasted the full flavor of the terps from my wax and the vapor is not too hot nor harsh. At any temp setting, it produced a phenomenal vapor flavor that hit the spot. Even if I put a rice-grain amount of wax, it gives me a satisfying result. With that being said, Dr. Dabber Stella might be one of the appealing choices for vapers who prioritize vapor flavor.

Dr. Dabber Stella is a sleek and durable vape pen that produces high-quality vapor for its price. It has features that you wouldn’t likely see on similarly-priced vapes like the floating coil system, haptic feedback, and the Temperature Coefficient Resistance that further helped with the overall performance.

However, Stella is not capable of producing big intense clouds that some vapers like. Instead, it produces mild and tasty vapor that’s comparable to Puffco Plus (Review). So, if you’re looking for a vape the produces intense and enormous vapor, I’d probably go for Utillian 5 (Review). Overall, I think that Stella will be one vape that can compete with the best dab pen this 2022 in terms of vapor quality. 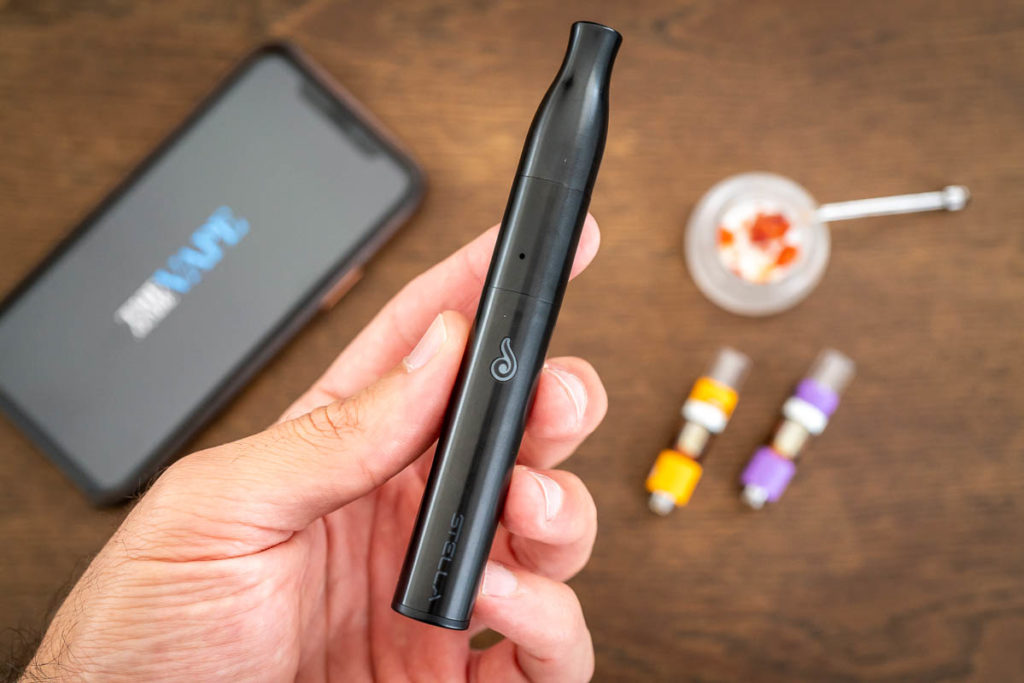 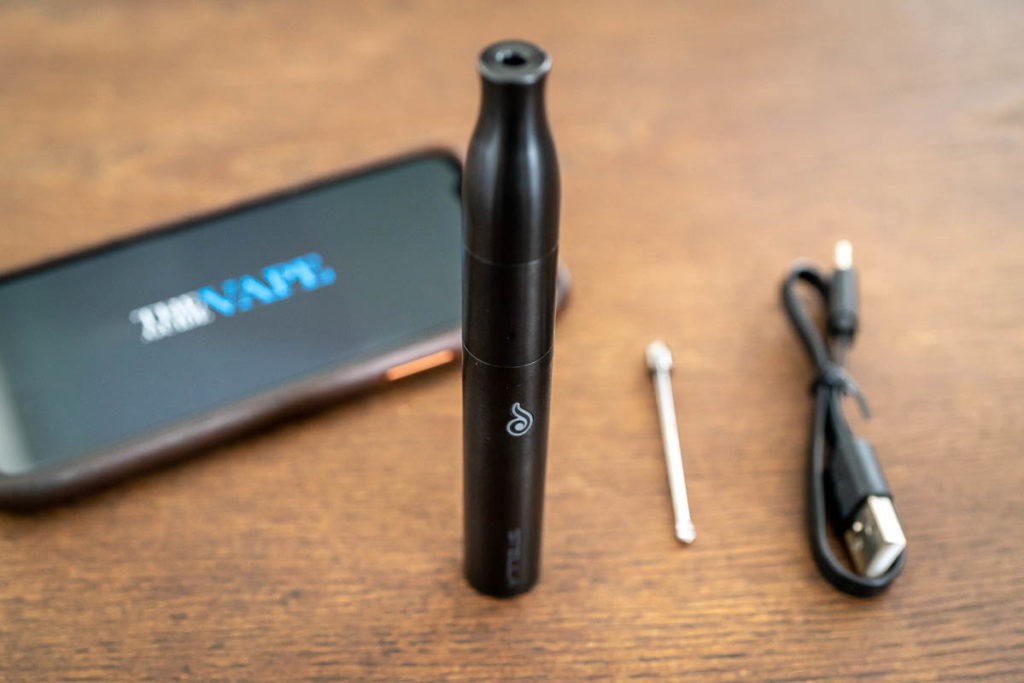 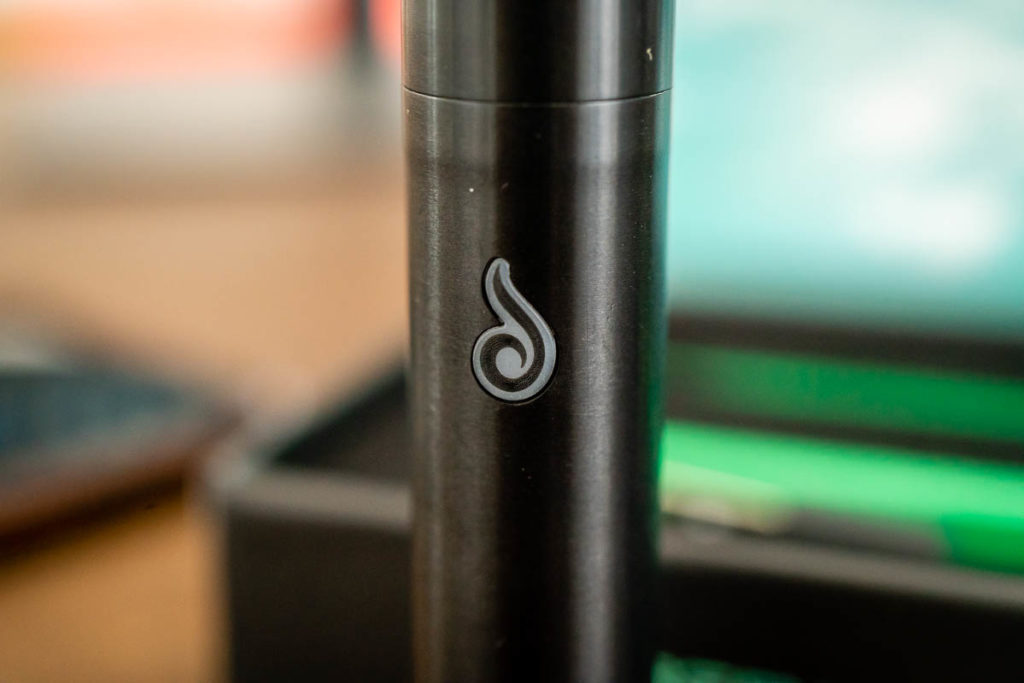 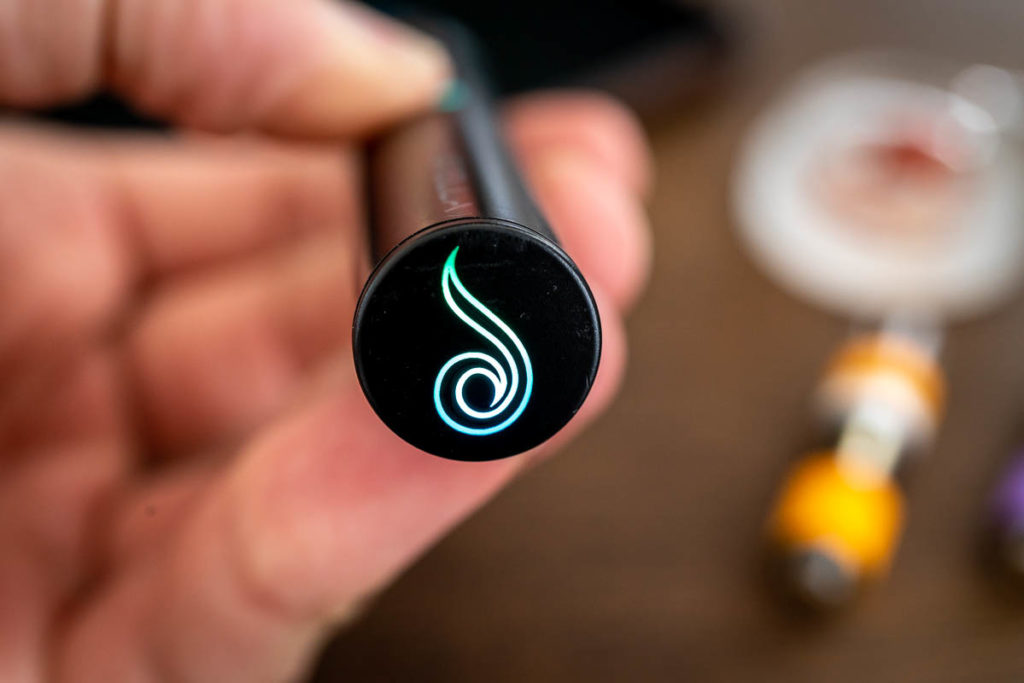 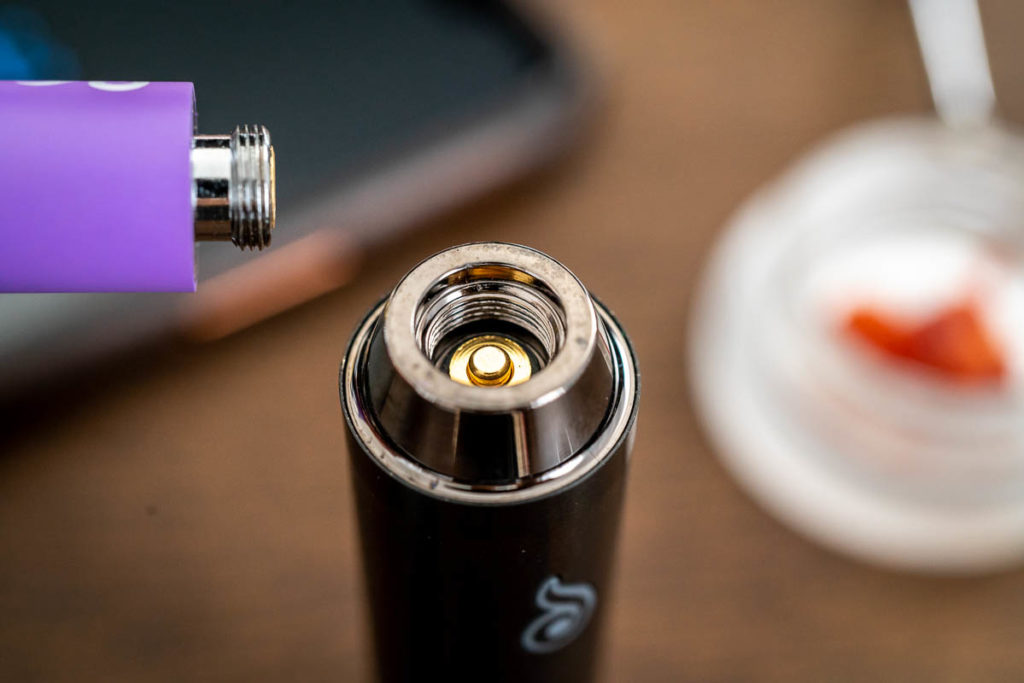 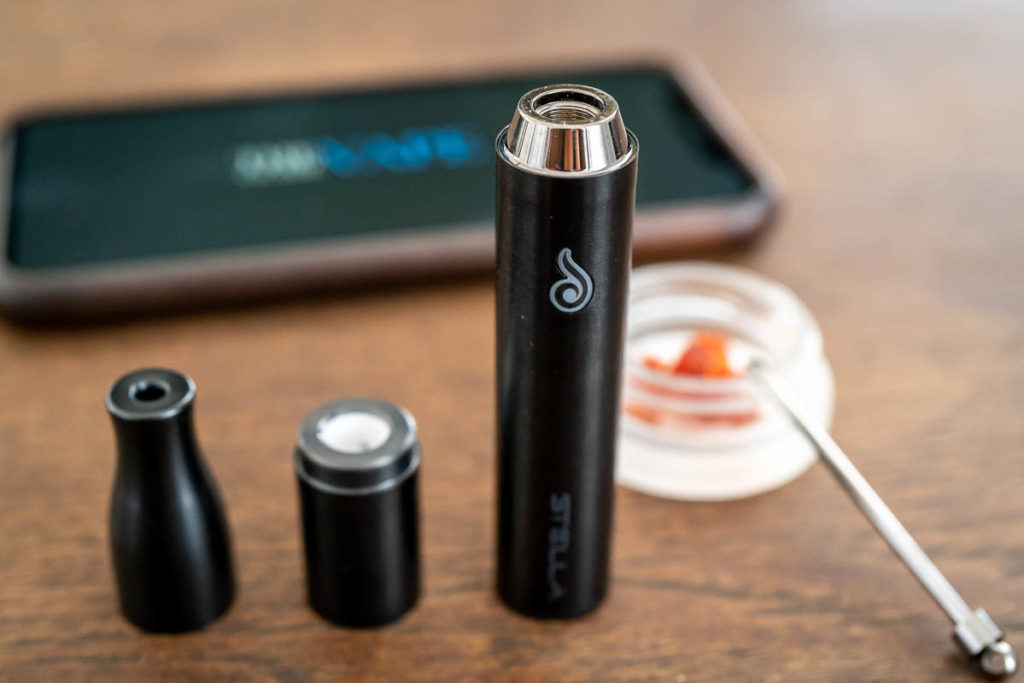 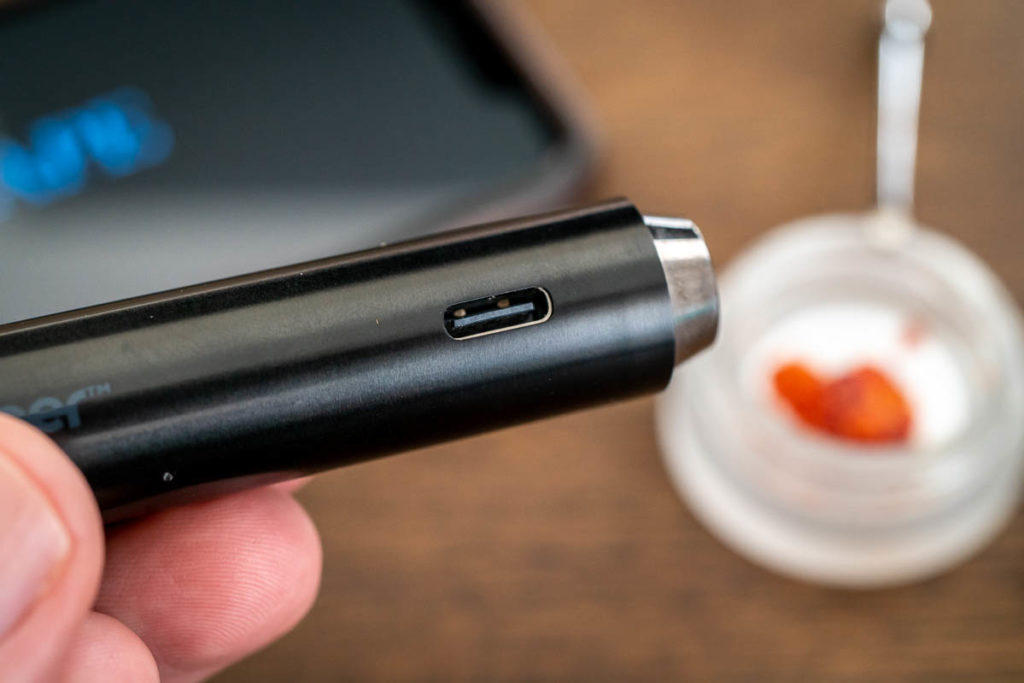 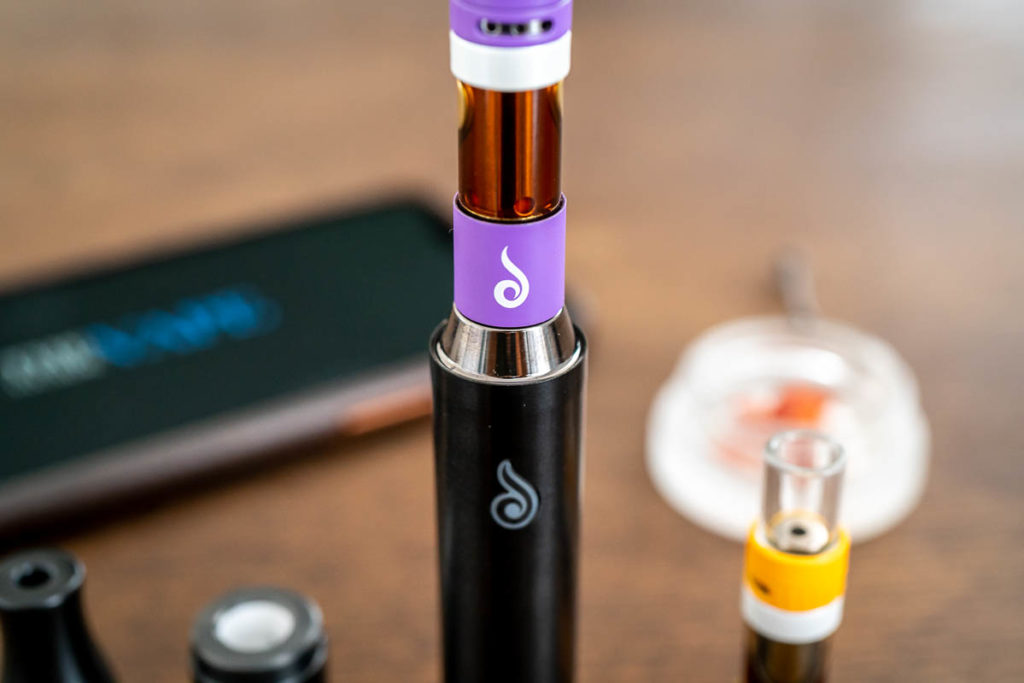 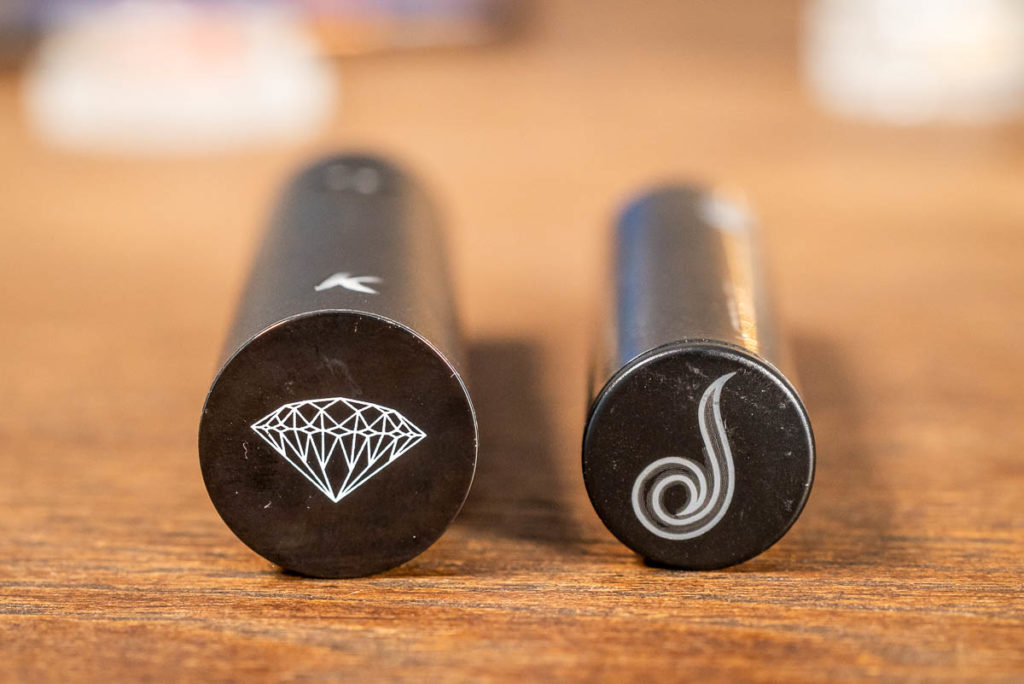 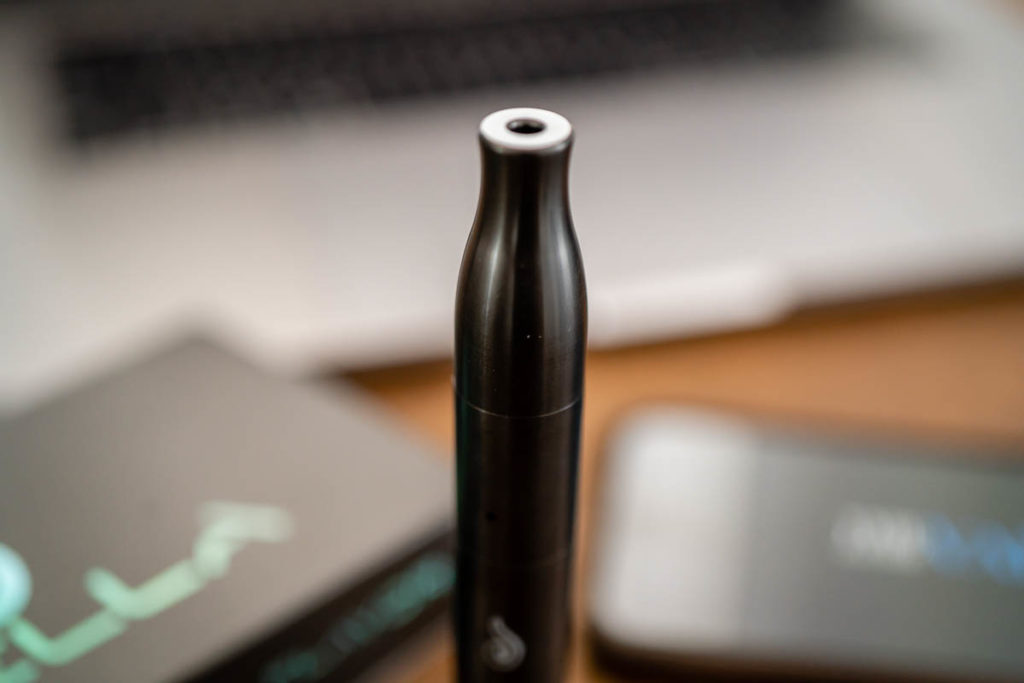 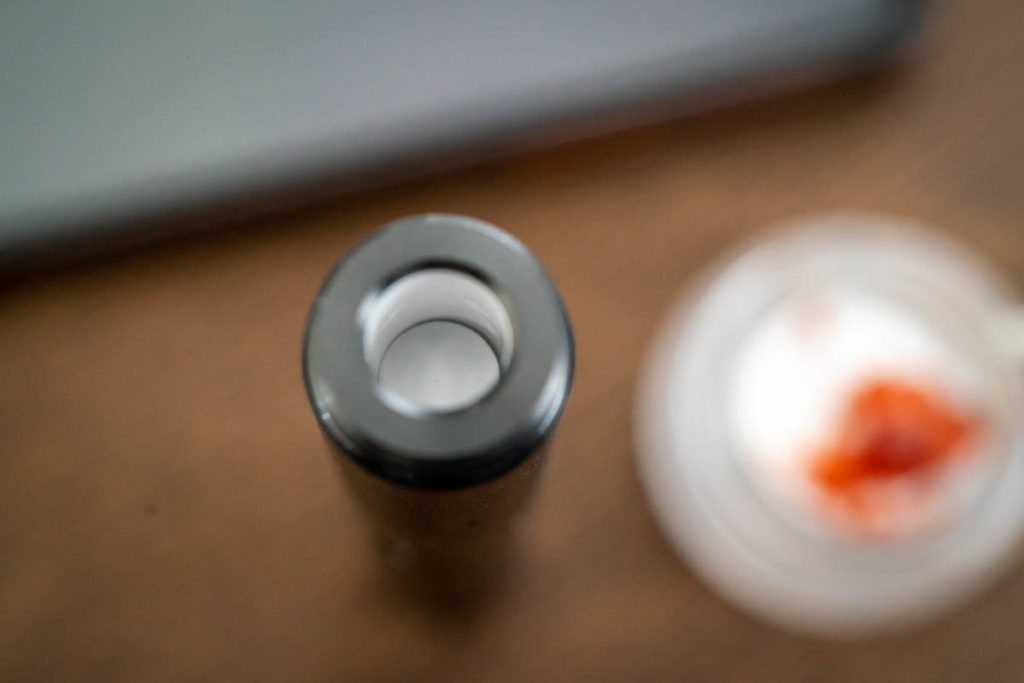 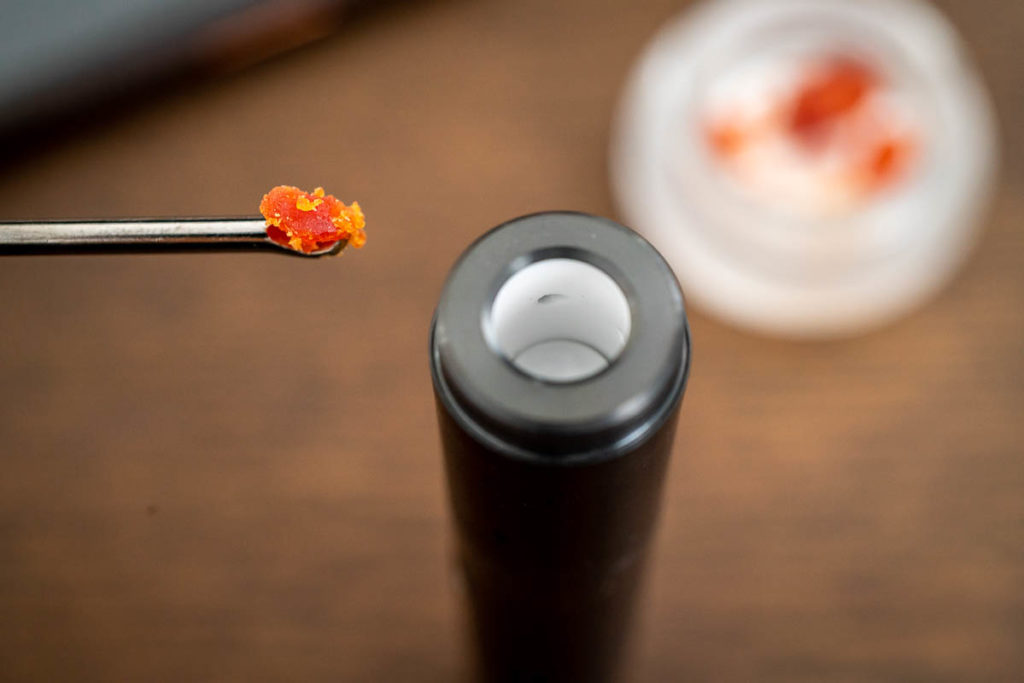 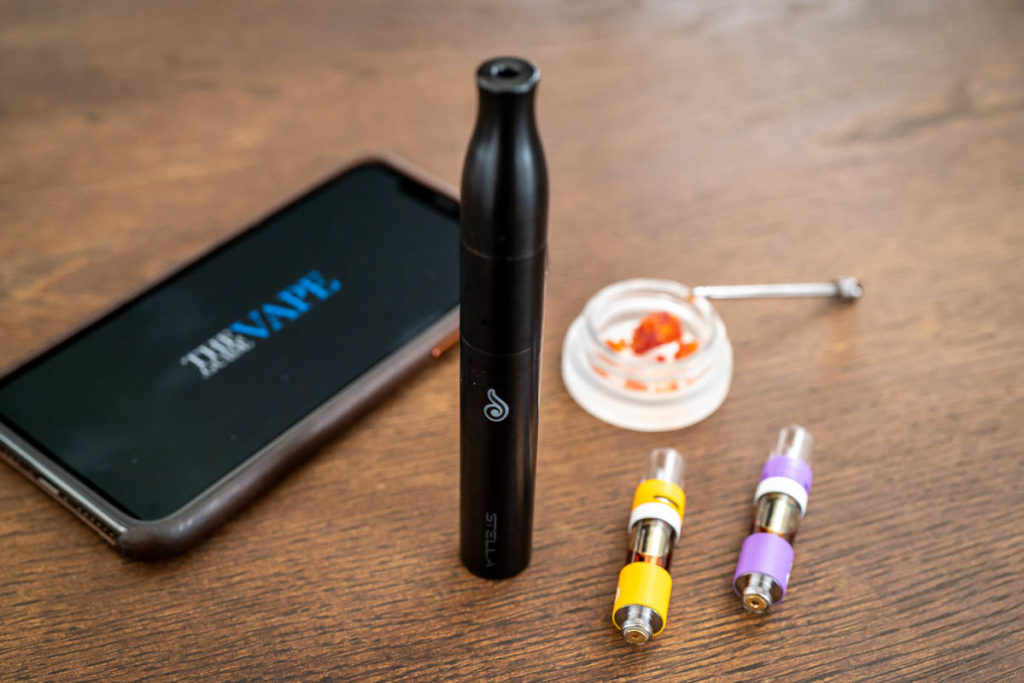 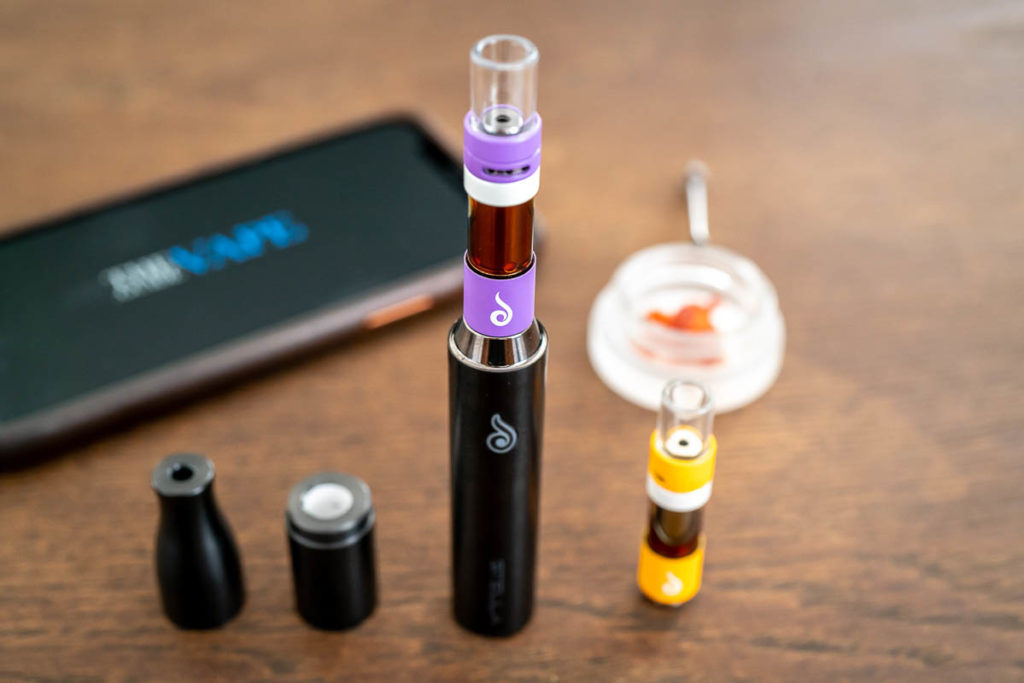 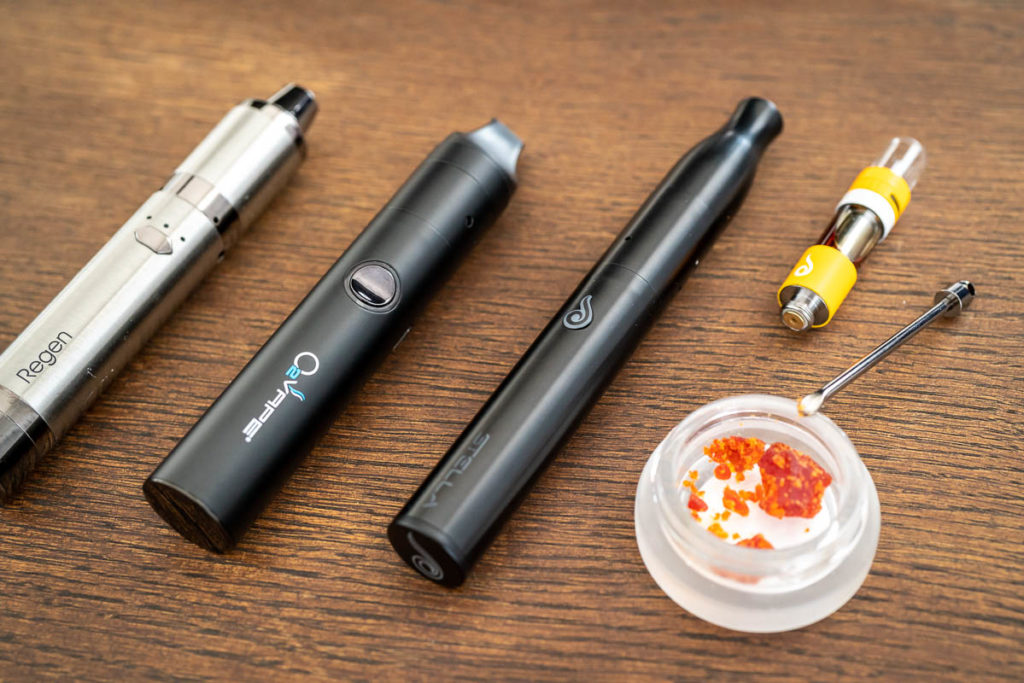