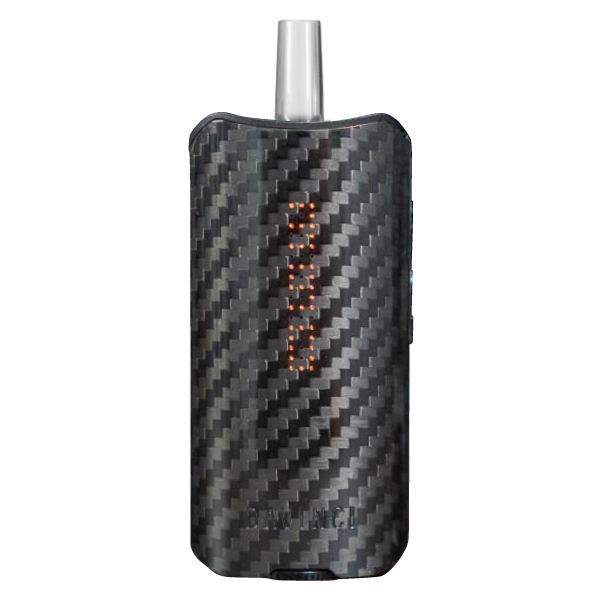 4.7 4.7/5
The DaVinci IQ2 is a high-end vaporizer that produces tasty vapor in a convenient, portable package. It uses zirconium elements that keep the vapor cool even though the device itself can run hot. It also comes with a nice array of accessories that allow you to choose how you want to vape. If you want a high-quality portable weed vaporizer, then the DaVinci IQ2 is one of the best options available.

The original DaVinci IQ was released late 2016 and it’s been a crowd favorite thanks to its unique features. DaVinci later released the Miqro in July 2018, which is essentially a smaller version of the IQ.

In late 2019, DaVinci released the IQ2, which builds upon the strong aspects of the original unit. It has the same general look and feel, but a lot has changed under the hood. The IQ2 is primarily a dry herb vaporizer but is also compatible with solid concentrates.

2022 marks DaVinci’s 10th anniversary, so it’s only fitting for them to release an iconic version of one of their bestsellers – the IQ2 Carbon. It takes the already impressive IQ2 and upgrades it’s shell to real 3K weave carbon fiber, which disperses heat for an overall better experience.

How is the IQ2 Carbon different from the standard IQ2?

Well, the most obvious difference is the Carbon shell upgrade over the original Aluminum.

To be clear, this is not some sticker or wrap – this is the real deal. The shell looks absolutely beautiful that people have been approaching me and asking me about it whenever I use it in public.

But the value you get from the Carbon version goes beyond looks. Not only does the Carbon finish make it look nice, it also dissipates heat better so the unit gets less hot to touch. The kit also comes with a few additional accessories that are otherwise available separately (visit davinci):

The Carbon version retails for $500 (view product), which is $200 more than the original IQ2 priced at $300 (view product). But considering that you get accessories worth $165 plus the upgraded shell, it justifies the price especially if you’re gonna get the accessories anyway.

The carbon version was also upgraded to USB-C charging vs USB mini on the standard IQ2.

Otherwise, both versions are identical in terms of internal build and usage process.

The standard kit comes with:

The (included) dosage pod is a little ceramic canister that can be used with dry herbs but also allow the use of solid extracts.

To use it with dry herbs, each dosage pod fits around 0.2gr of dry herbs instead of the 0.5gr that fits into the oven. This makes it perfect as an oven reducer for microdosing.

The IQ2 comes with a flat mouthpiece installed and ready to use, but there is another (extended) mouthpiece in the box. The extended mouthpiece can also be used as a 10mm adapter for various accessories or water filtration devices.

The extended mouthpiece is my favorite mouthpiece so far because the longer airpath helps to cool down the vapor, making each hit feel more natural. The downside is that it reduces portability a little.

Both mouthpieces are made from Zirconia, which is an advanced, pure material that has similar properties to Ceramic.

The IQ2 uses a replaceable 18650 battery, which is included in the box.

The battery lasts for around one hour of continuous use, which is not bad at all. But when using the micro USB port that’s on the device to charge the battery while inside the device, it takes 6 hours to reach a full charge. An external charger can reduce the charge time to three hours, which we’ll cover in a bit.

Glass Spacers (View in Store): There are optional 10mm and 6mm glass spacers available for the IQ. They are inserted into the herb chamber, reducing its capacity for users who want to use less herb. There are three different oven sizes to choose from.

External Charger (view on Amazon): You can purchase an external charger for the removable 18650 battery to split the charging time by half. You can also purchase more 18650 Batteries , so that you can have a few extra fully-charged ones handy once the one in your IQ2 runs out. Some users don’t want to pop batteries in and out of the vape and a charger constantly, but it’s the best way to get the lengthy charging issue out of the way.

The IQ2 has a brushed aluminum finish, an upgrade to the sandblasted aluminum used in the original IQ. The new finish makes the device smoother and emphasizes its sturdy, high-quality build even more.

The top and bottom of the device open up with a latch mechanism to expose its internal components. If you open it from the bottom, it exposes there is a nice funnel-shaped sink that slides the herb right into the oven. The oven is made from glass and ceramic and is shaped like a deep cylinder.

The top latch opens to reveal the battery, the flavor chamber, and a small pick tool. Both lids are magnetic and easily open and close.

The bottom lid of the IQ has a Zirconia Pearl that slides right into the oven. It reflects heat back into the oven, resulting in an efficient and even “roast” of the herbs.

The Zirconia Pearl can also be adjusted to reduce the size of the oven, but I suggest just leaving it in the default position. That’s because when you screw it out too much, it prevents the latch from closing smoothly.

The IQ2 features a “flavor chamber,” which is essentially the vapor path. Also made from zirconia, it cools down the vapor and doubles as a small storage container. The flavor chamber sits under the top lid and can be pulled out and opened with the small pick tool that’s tucked right next to it.

DaVinci says that you can also pack some herb in there to enhance the flavor or save for later use. But I see very few people use this as a storage container, and I don’t recommend it either. I see it as the vapor path, and I like the fact that it easily pulls out for convenient cleaning.

The bottom lid of the IQ2 includes an airflow control dial with four levels to choose from, with four holes representing each level. Switching from one to four holes will increase the amount of air that can pass through, which influences the type of vapor you can get. Increasing the airflow will cause air to pass through the oven faster, resulting in cooler, less dense vapor. Closing the dial and reducing the airflow will result in a warmer, thicker vapor.

The IQ2 features a grid LED display that displays temperature levels and other settings. The IQ2 also has a “stealth mode” that can be activated by pressing the power button and the down arrow together to dim the LEDs.

The ceramic disc that comes with the IQ2 kit can be inserted into the dosage pod, which allows you to use solid extracts like wax or dab. However, I recommend avoiding the use of concentrates in your primary dry herb vaporizer. Over time, residue will build up, and everything will become sticky. Use a dab pen for your extracts instead and stick to dry herbs when using your IQ2.

The IQ2 can be a great fit for any kind of user. It’s simple enough to use for beginners, but its customization options also make it appealing for advanced users.

The IQ2 comes with three different modes – Smart Path, Precision mode, and Boost mode. The Smart Path mode gradually increases the temperature by 20 degrees as you vape. You can either choose among four preset Smart Paths, or customize your own.

The Precision mode lets you set a specific temperature to maintain throughout a single session. Meanwhile, Boost mode lets you boost the temperature straight to 430 degrees by simply pressing and holding the power button.

View the official user manual here to find out more about how to use the IQ2.

The IQ2 produces some of the best and densest vapor I have ever experienced. I thank the Air Dial for this, because I experienced some of the best vapor when I started playing around with the dial. DaVinci made the right call incorporating this feature, knowing that this is the only dry herb vape I’ve seen so far that has efficient adjustable airflow.

The IQ2 produces clean, flavorful vapor, and preserves the delicate flavors of the terpenes. This can be owed to the fact that it uses a glass and zirconia airpath free of plastic, metal, and electronic components.

I experienced the best vapor at around 390F at precision mode or the second and third smart paths. For heavy hitters- the IQ2 can heat up to 430F, which is higher than even the Mighty’s 410F. The higher temperature can be used for extracts, but I do not recommend going over 420F with dry herbs.

The vapor was surprisingly thick. The not-so-secret secret is the zirconia pearl in the oven that helps to regulate the temperature and provide a nice even vape to the herbs. The long airpath helps to cool down the vapor, particularly with the extended mouthpiece.

What Could Have Been Better

Well, battery life. For sure. I mentioned the battery issue earlier, which could be solved using an external battery charger and a few extra batteries. The IQ2 still uses a Micro USB which is slow and not efficient. The new Carbon version has USB-C and I hope the IQ2 will be upgraded as well in the future.

It’s immediately obvious that a lot of thought and engineering went into creating the IQ2. It’s not perfect, but it’s still one of the most solid options for those looking for strong vapor in a small and stealthy vape. Its size-to-performance ratio remains one of the highest in the industry, which is one good reason why the IQ2 remains one of the best dry herb vapes out there.

The original DaVinci IQ was released late 2016 and it’s been a crowd favorite thanks to its unique features. DaVinci later released the Miqro in July 2018, which is essentially a smaller version of the IQ.

In late 2019, DaVinci released the IQ2, which builds upon the strong aspects of the original unit. It has the same general look and feel, but a lot has changed under the hood. The IQ2 is primarily a dry herb vaporizer but is also compatible with solid concentrates.

DaVinci just released a new Carbon Fiber version of their flagship product- the IQ2. So I thought this would be a good time for a fresh look at the IQ2 and review the features and performance of this vape. 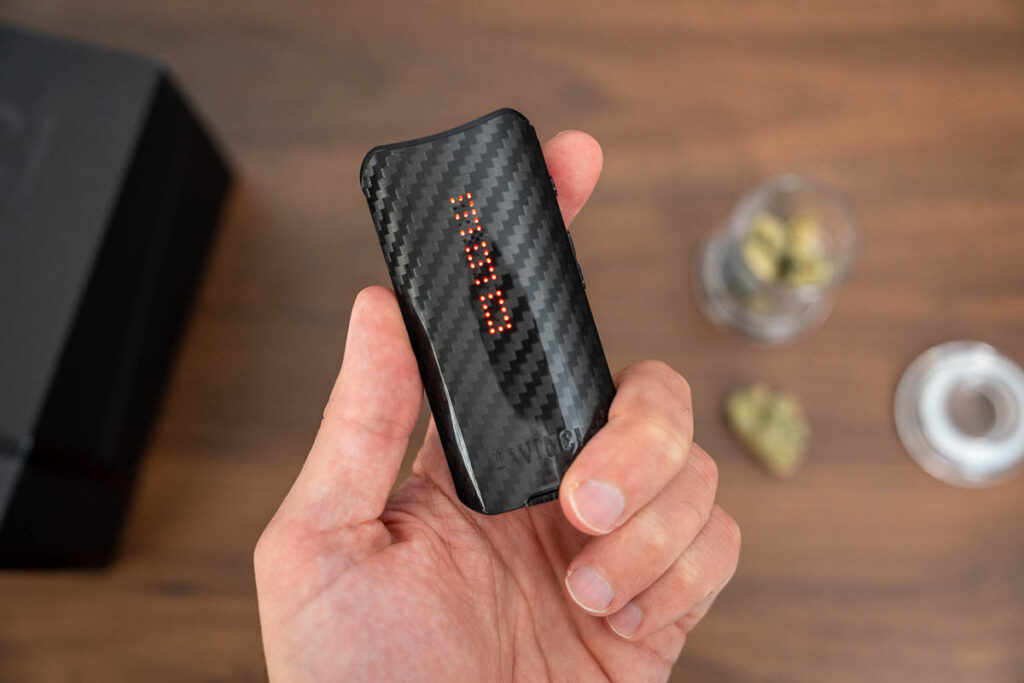 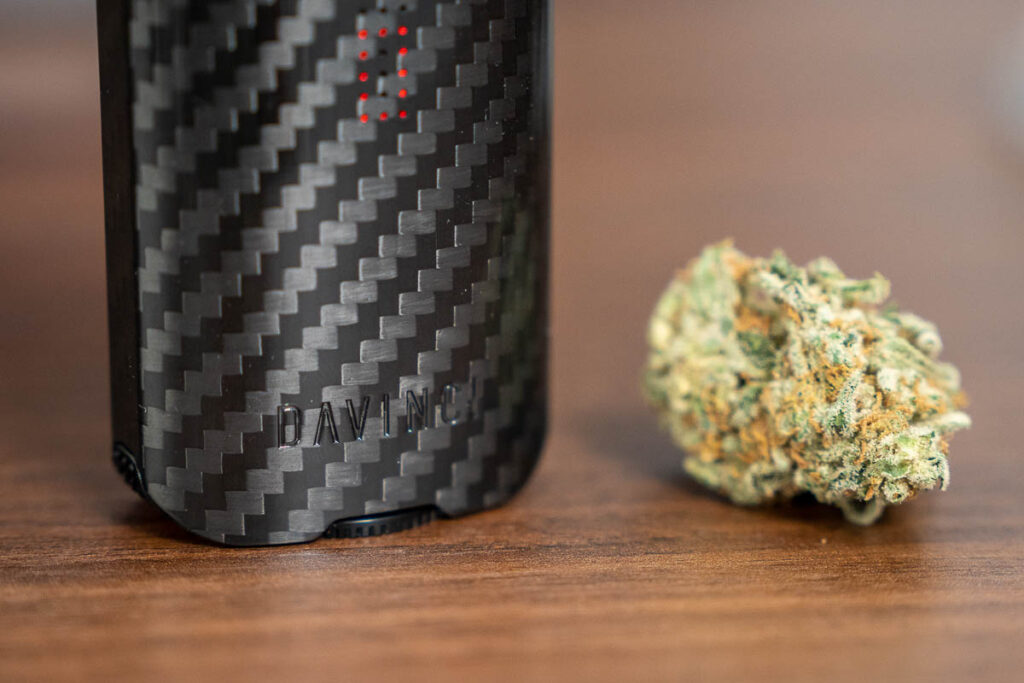 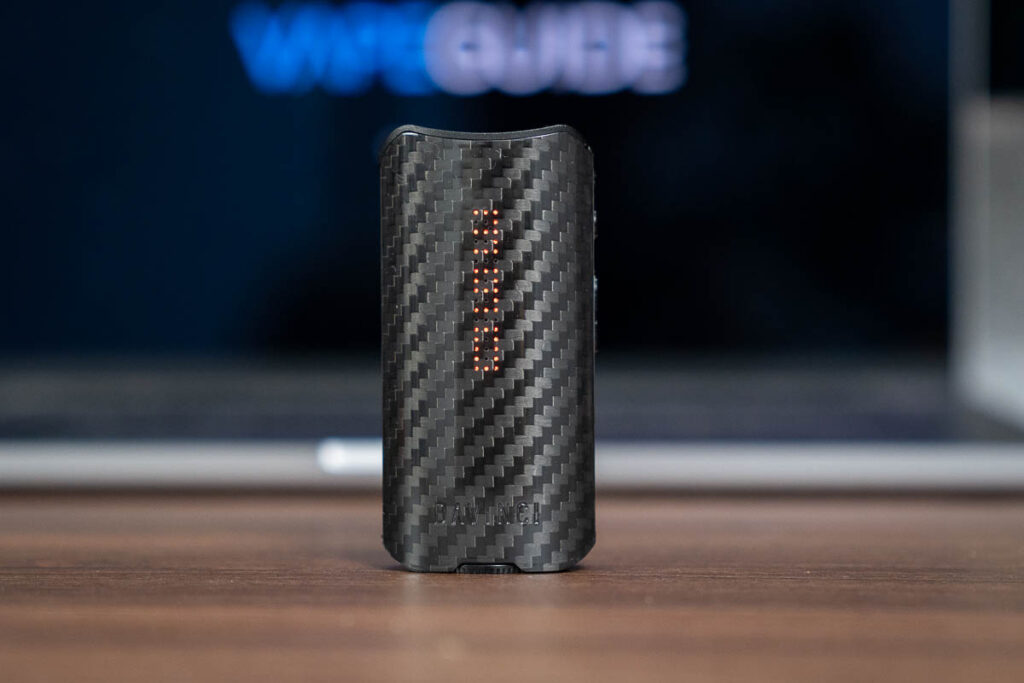 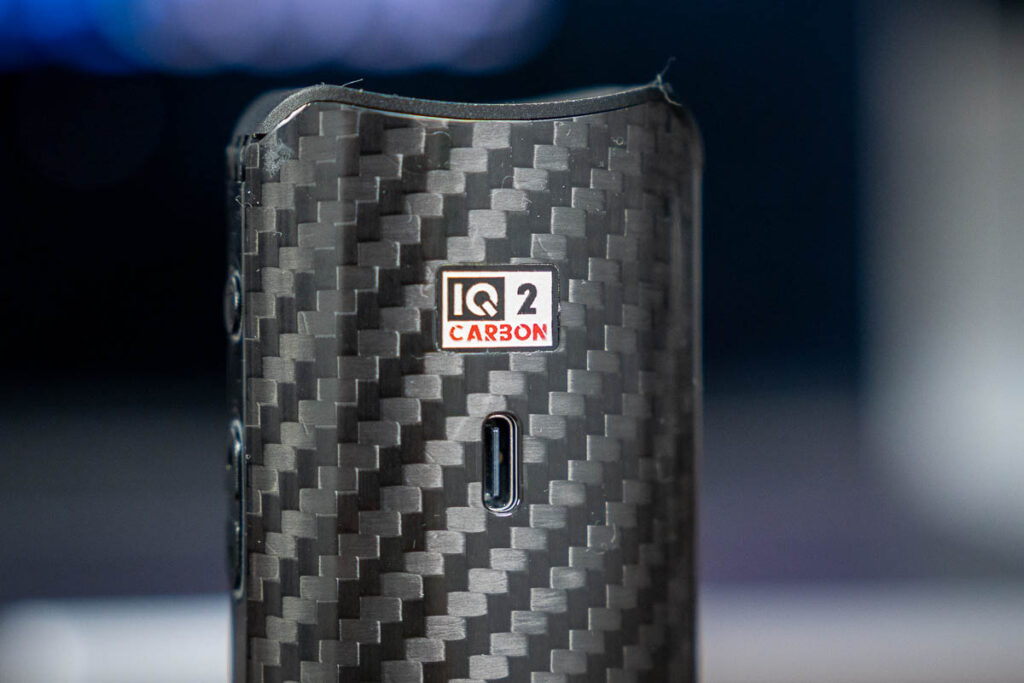 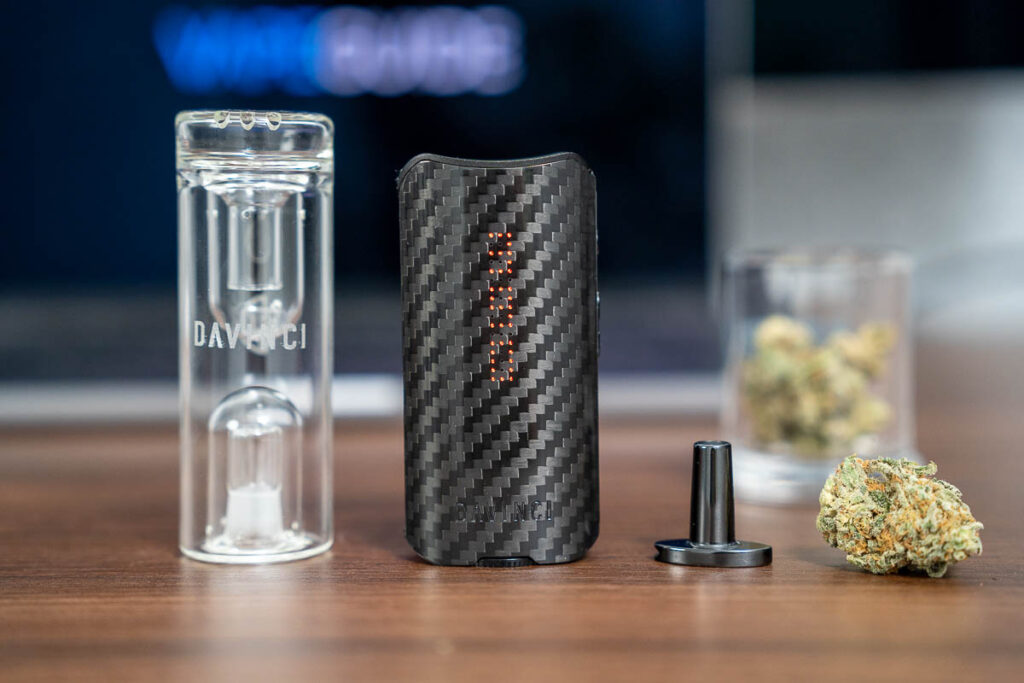 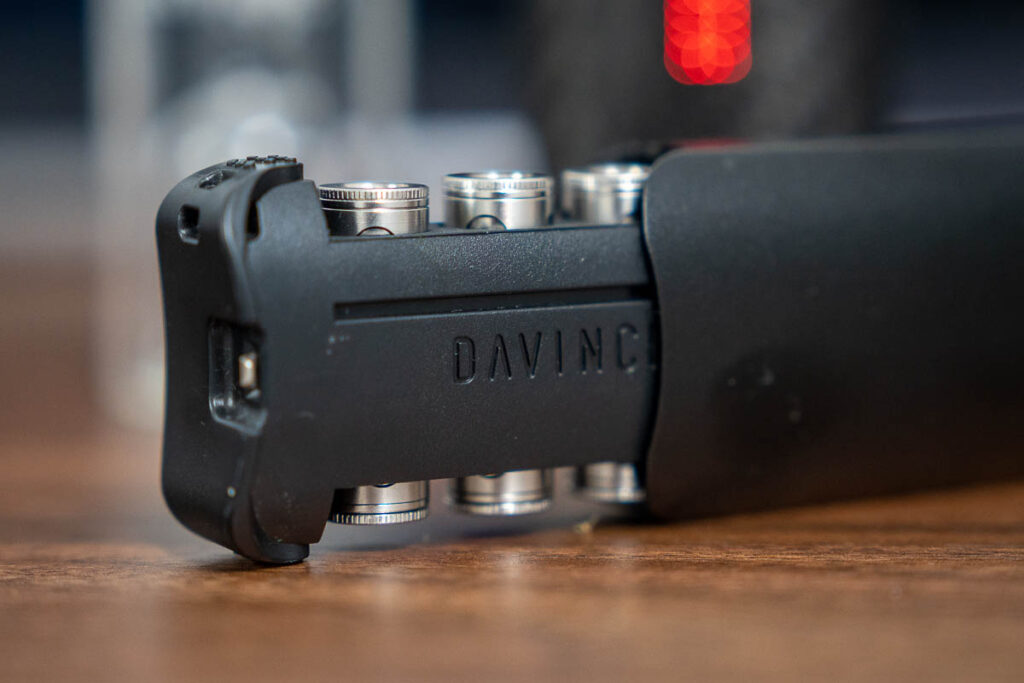 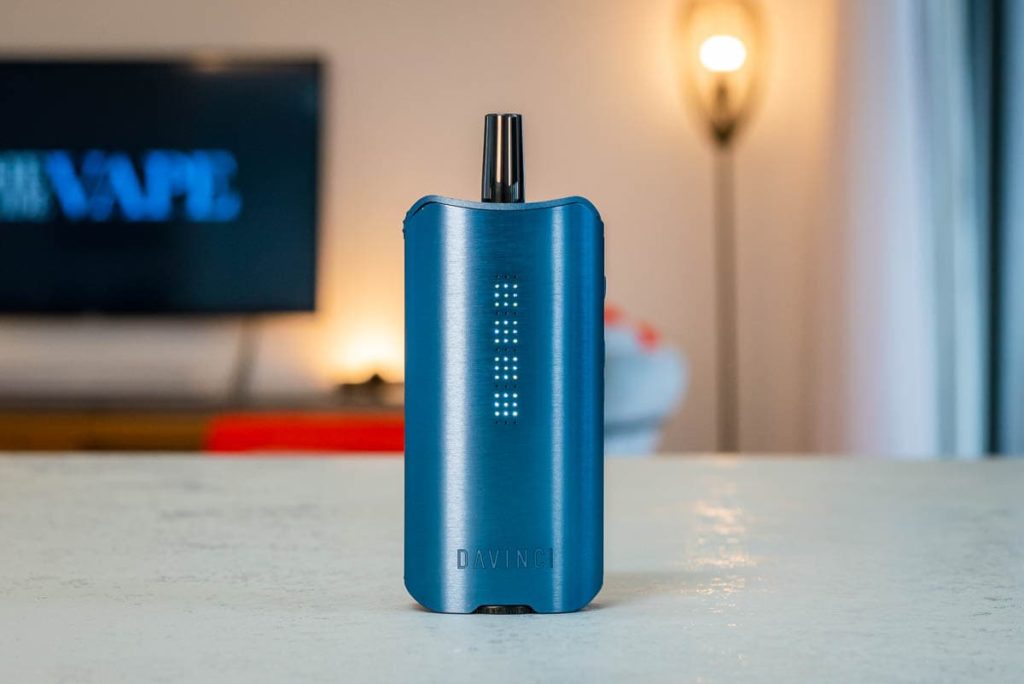 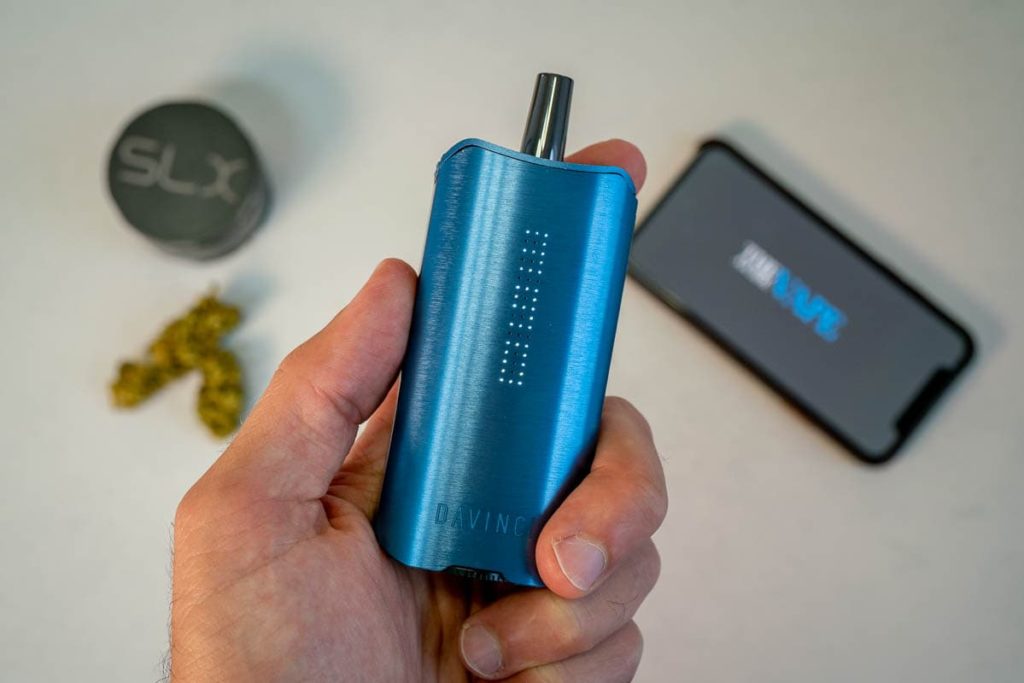 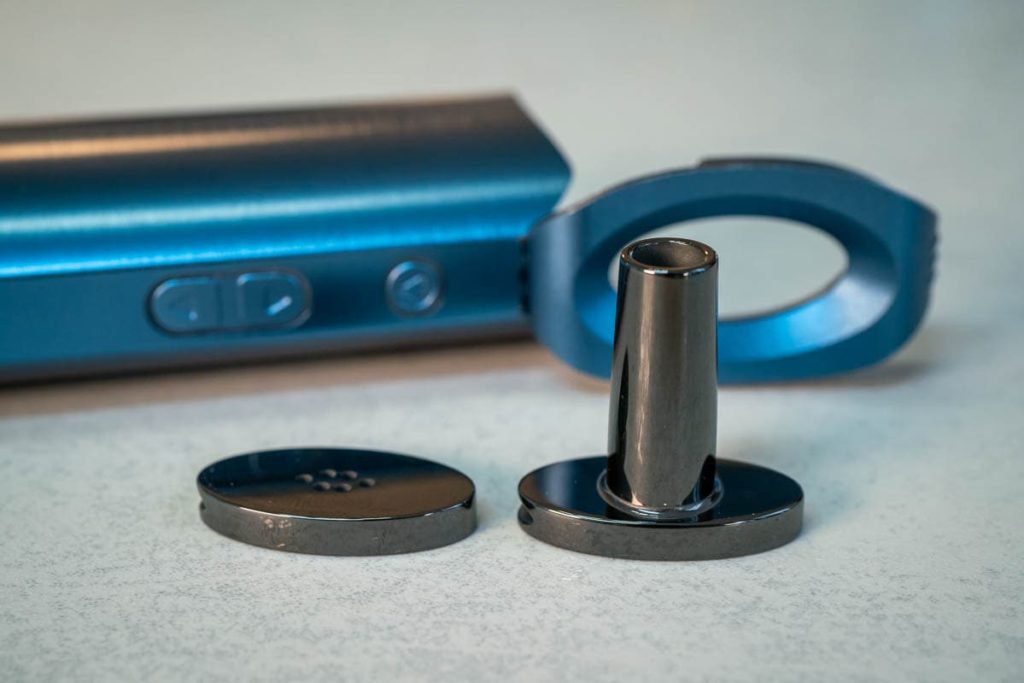 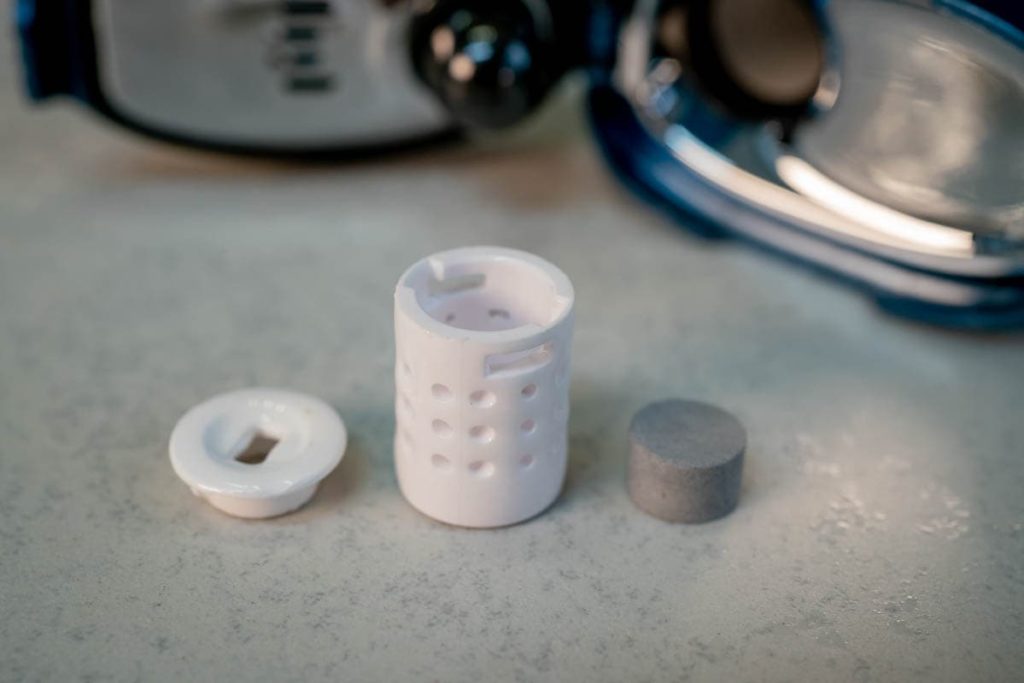 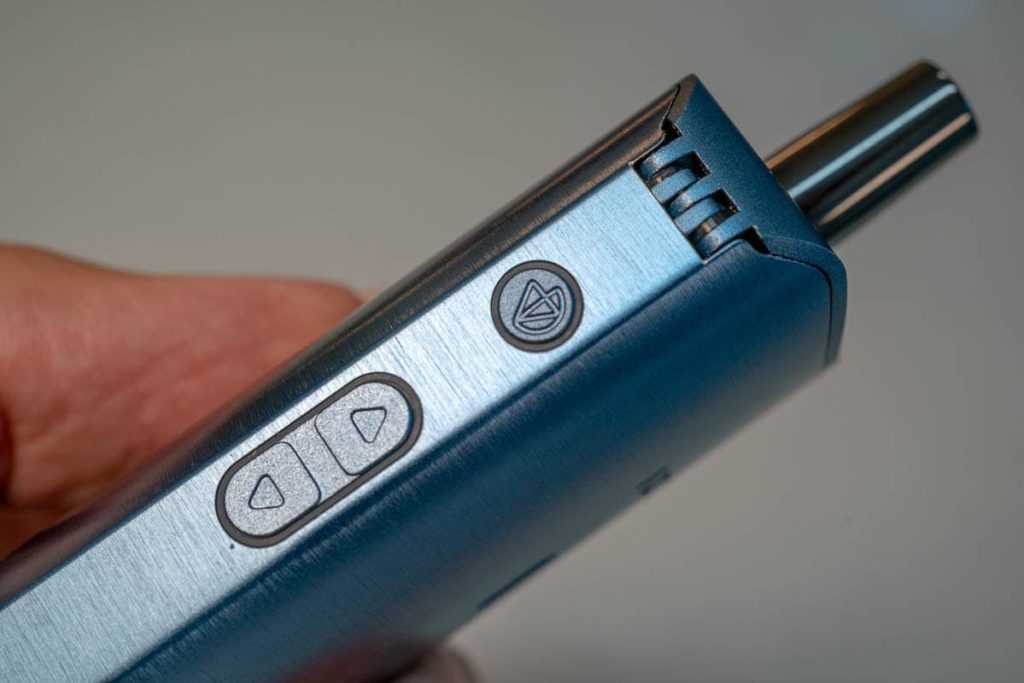 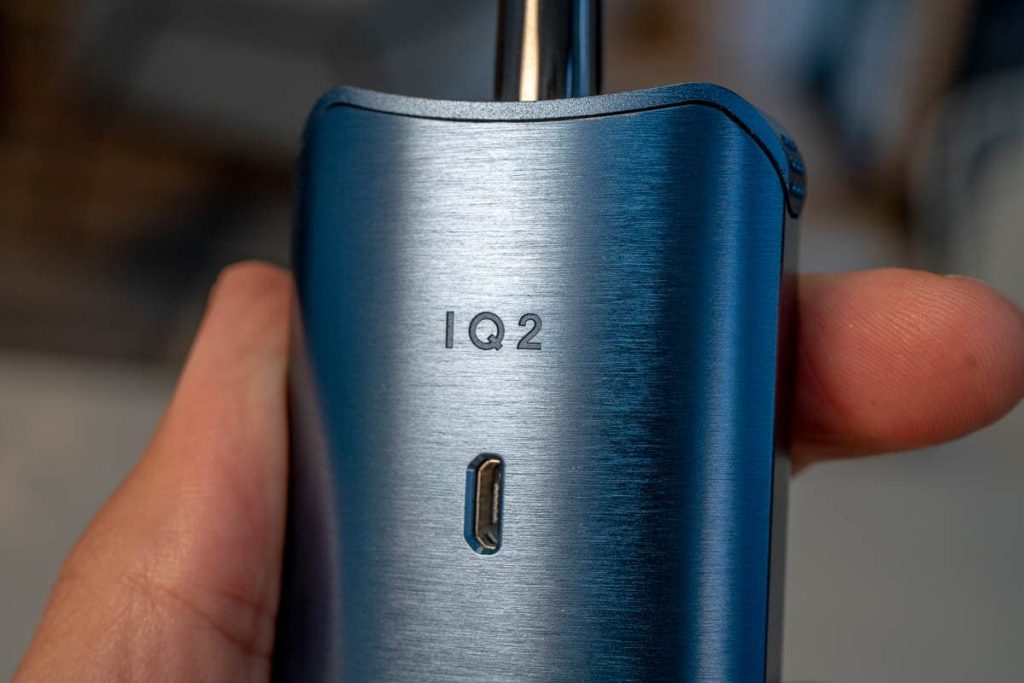 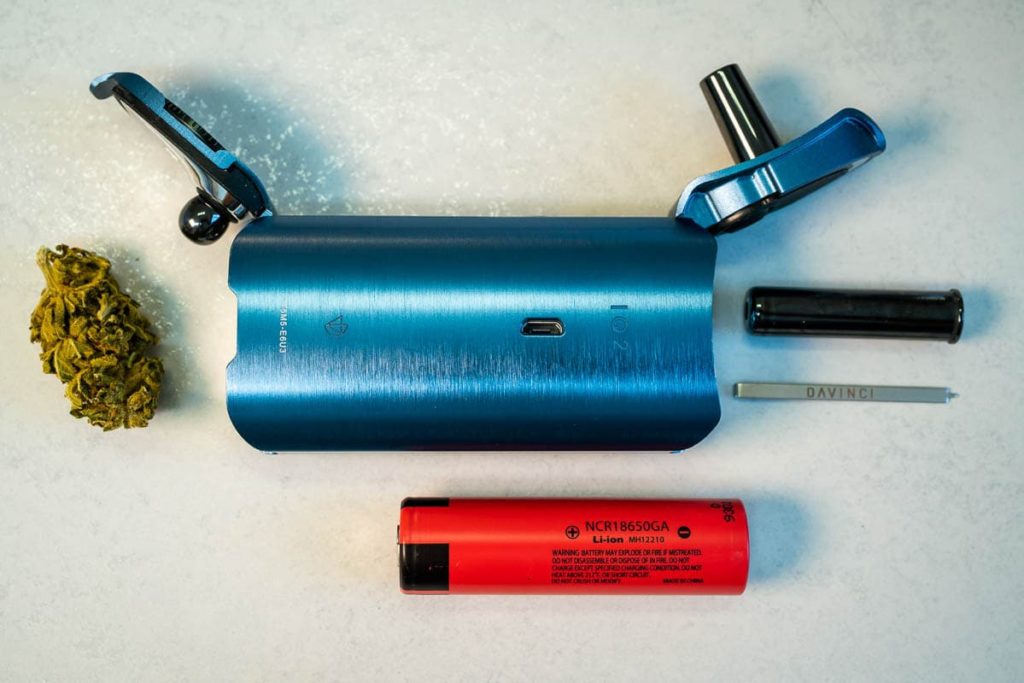 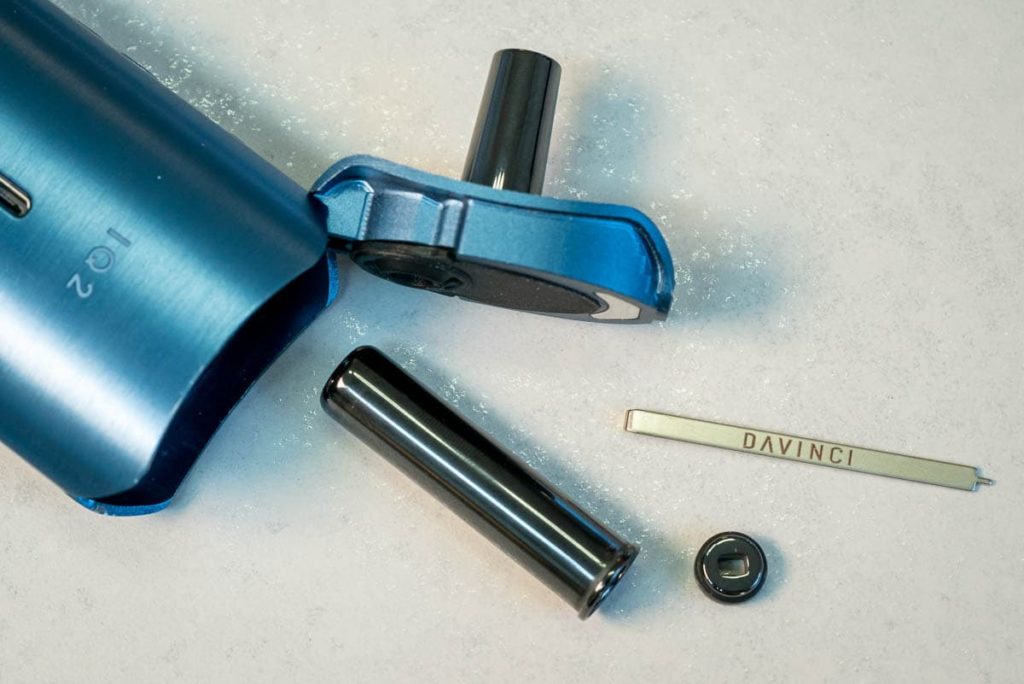 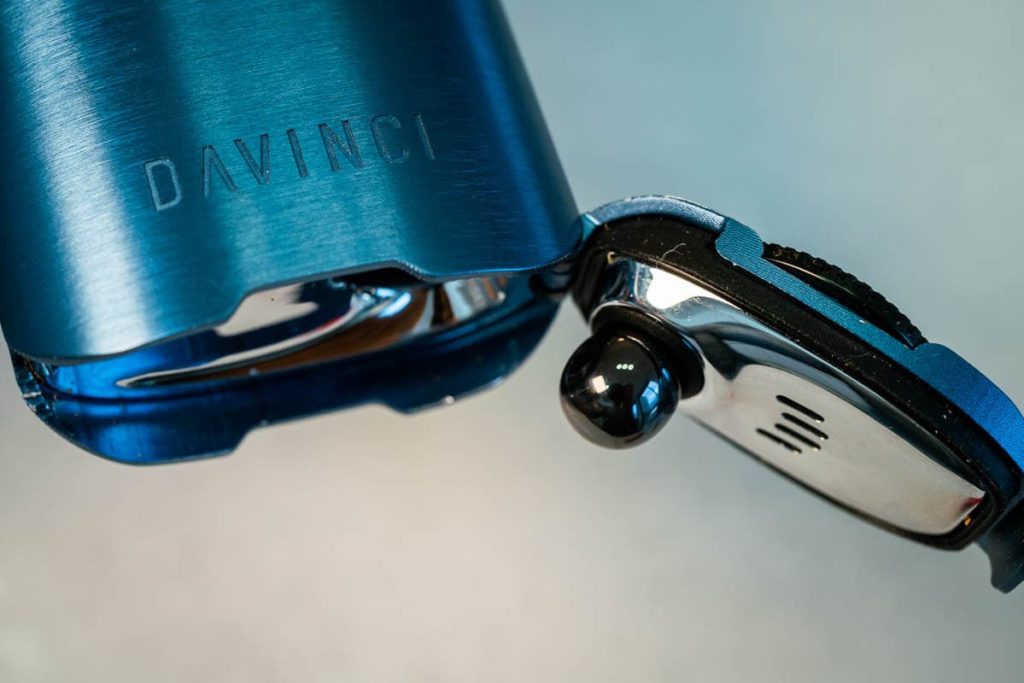 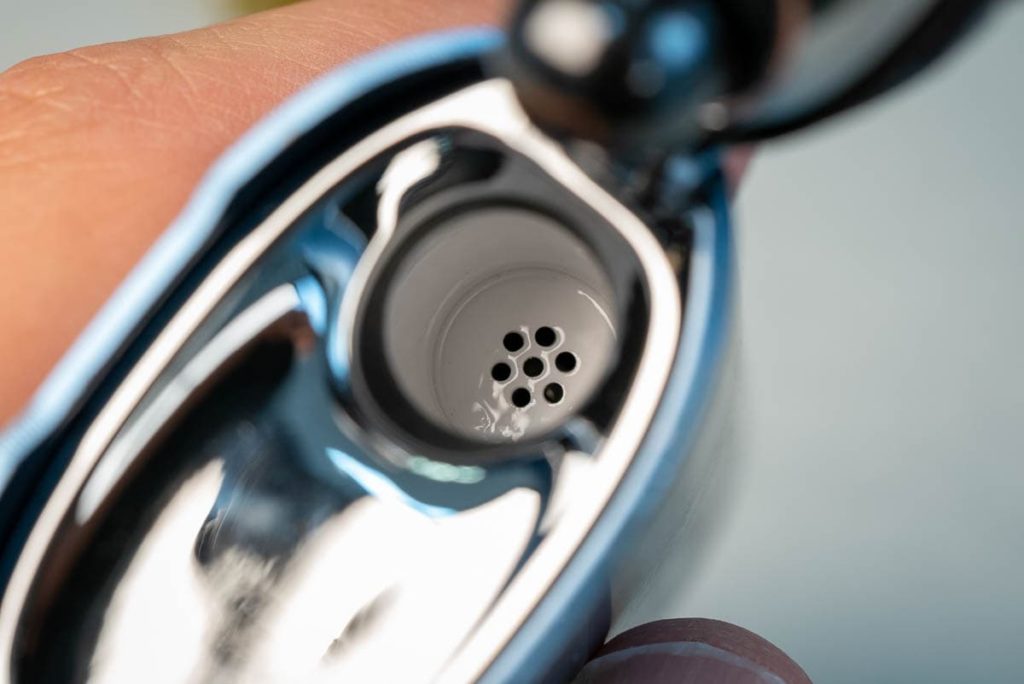 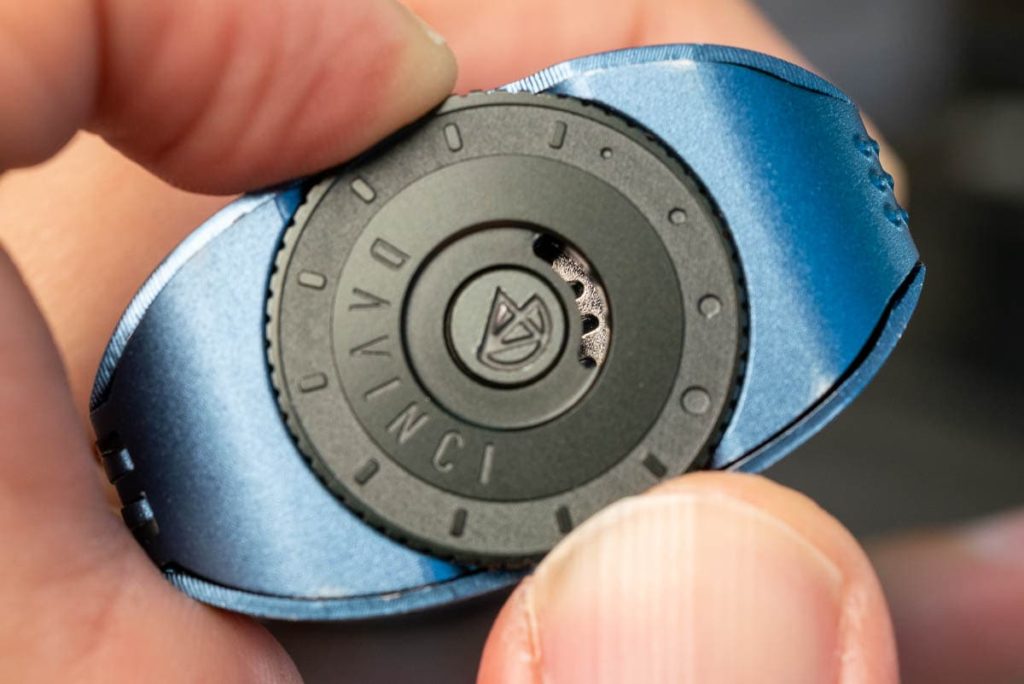 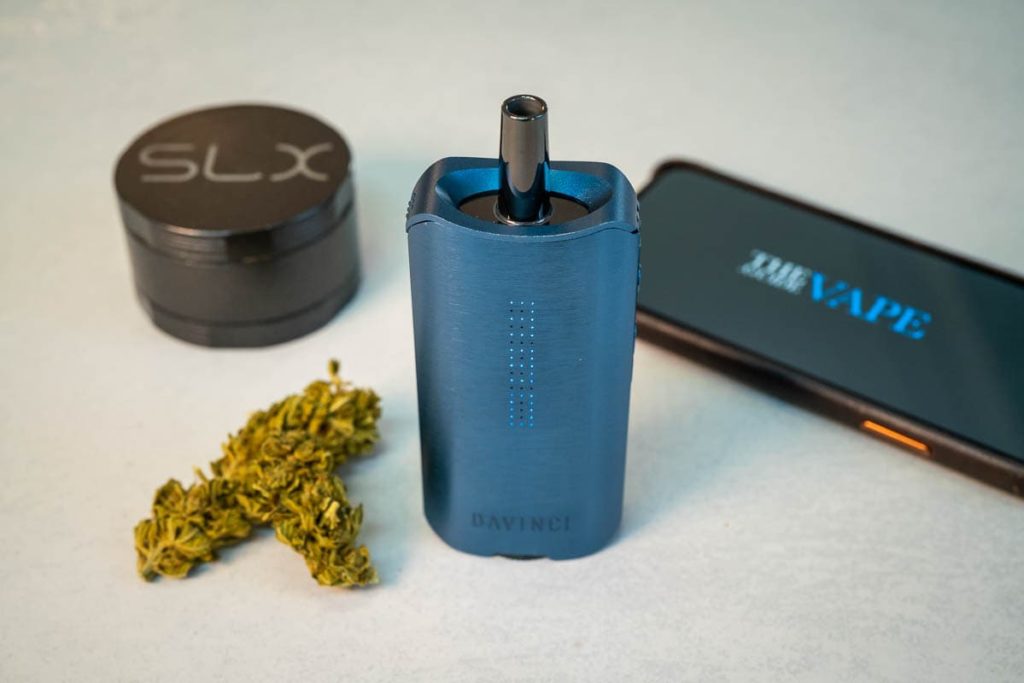 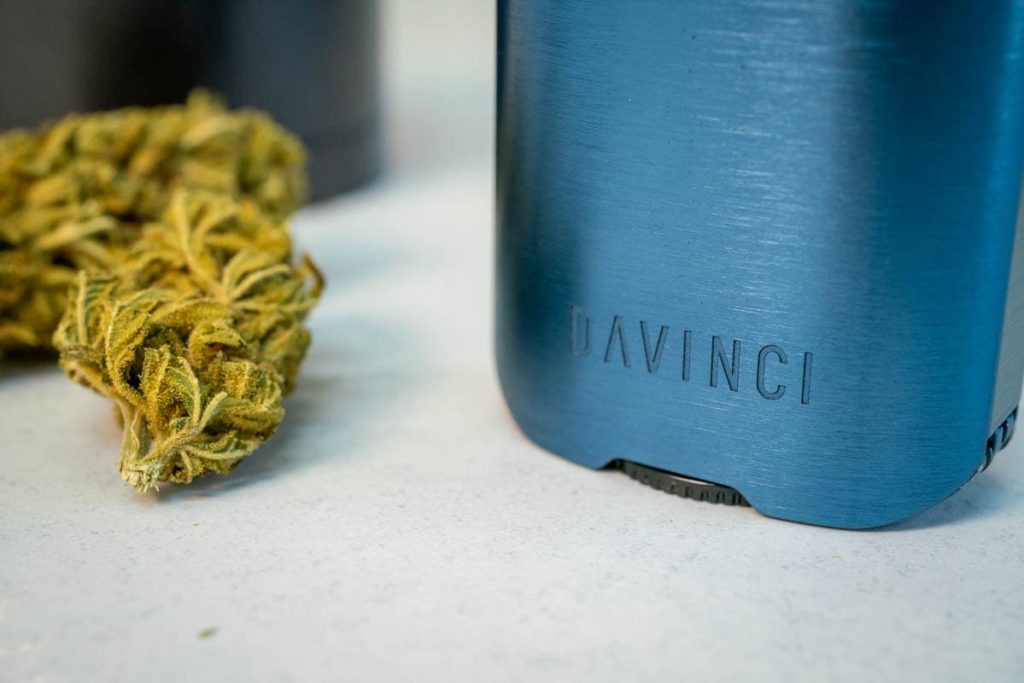 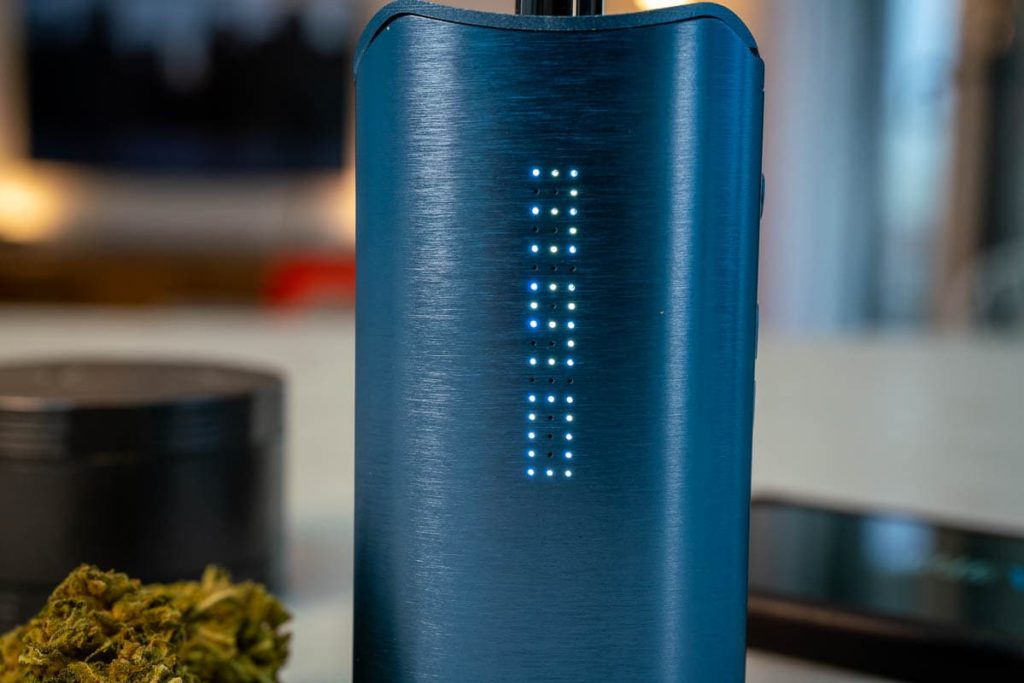 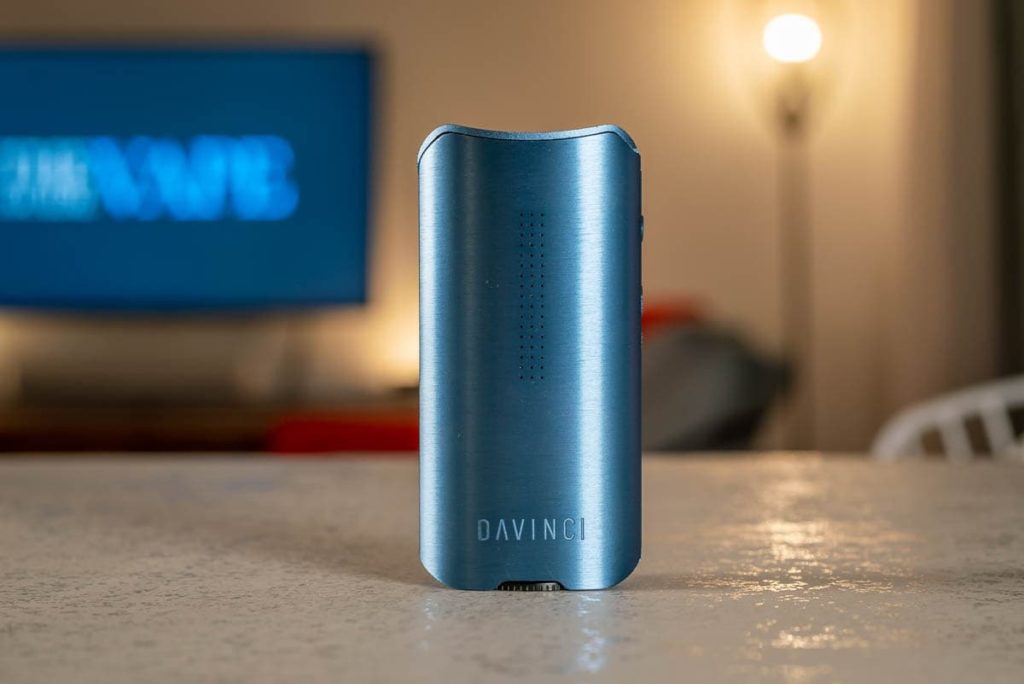 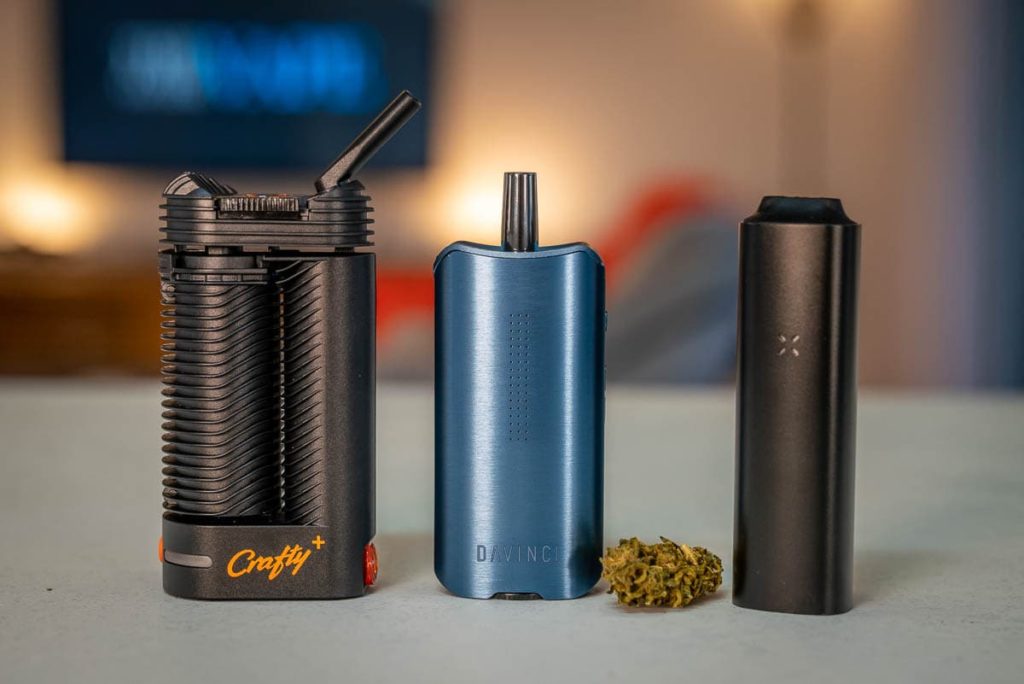 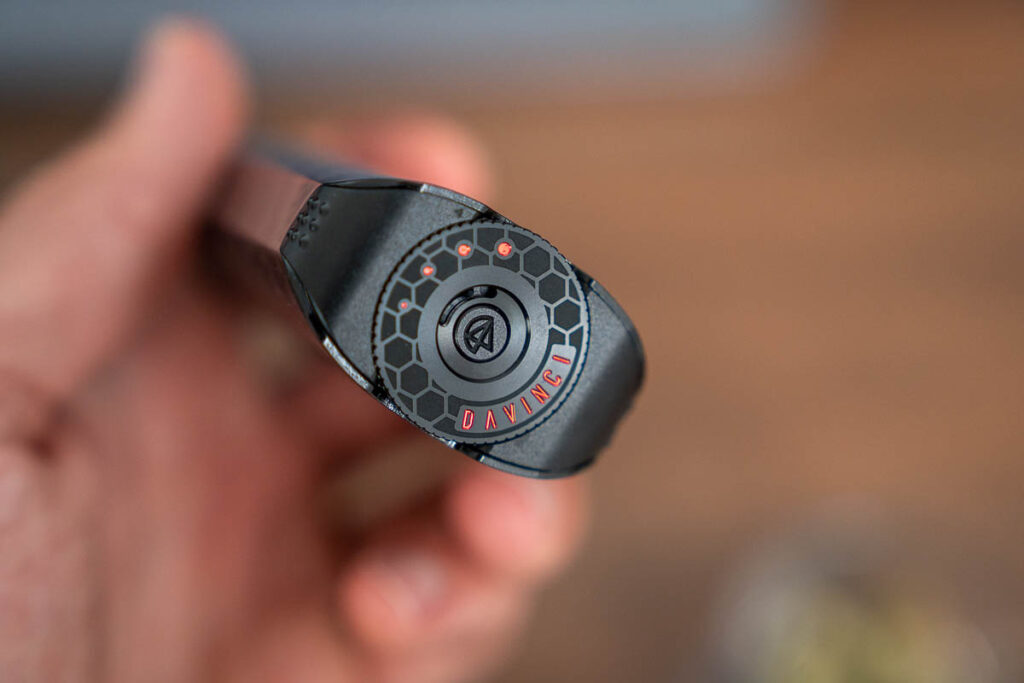