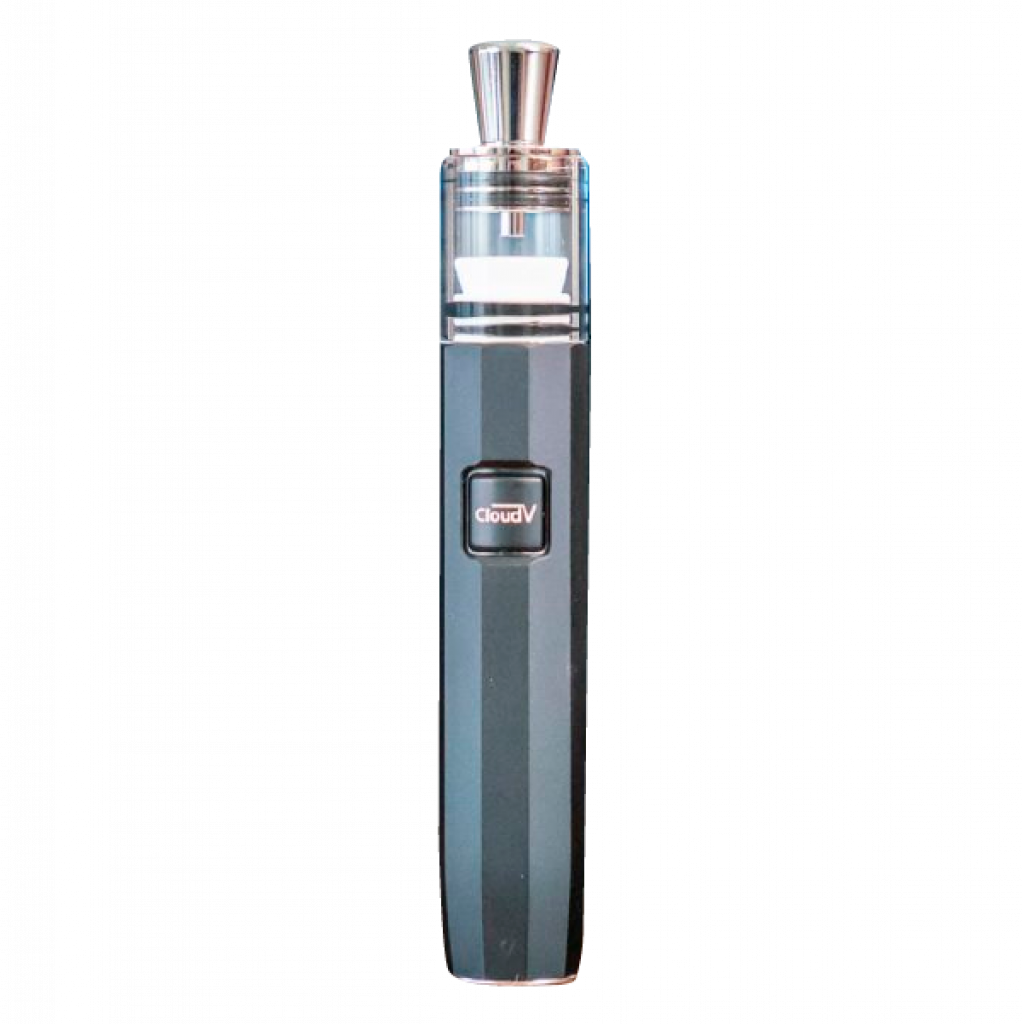 3.4 3.4/5
The Flash provides a very strong vapor quality with a lot of clouds. The huge Ceramic coil is easy to load, and the glass enclosure makes it easy to monitor the coil while vaping. The relatively low price and great overall performance make the Flash a solid all-around wax vaporizer.

Since 2012, CloudVapes has been in pursuit of making feature-filled devices that don’t break the bank- and their fairly extensive product line proves just that. They seem to have a device for every form of vaping, from dry herb vaporizers such as the CloudV Cube which features an included water bubbler, or their CloudV Pen which is compatible with dabs/wax and as well as actually writing on paper.

Now their newest wax pen – the CloudV Flash (buy) features a look that’s quite distinct from all the other vape pens out there because of the small, glass tube on top of the device. You can see the ceramic coil through the tube, so you can see your wax getting vaporized, which is a pretty cool touch. It also features a near-instant heat up, three pre-set temperatures, and 420mAh which charges via micro-USB.

The CloudV Flash has flat edges around its body that give it a distinct look and a solid grip, plus they prevent it from rolling around when it’s laid on its side, which is a thoughtful feature you don’t always see in vape pens. The one-button operation is simple and the temperature settings and battery level are clearly indicated with colored lights on the device.

The Flash is just four inches tall so it is very portable, but since the mouthpiece is exposed, you’ll want to be careful where you put it if you don’t want the mouthpiece getting dirty.

Ceramic Coil: The coil is very wide and shallow with an airflow hole in the center, sort of like a funnel. It can hold even the biggest dabs, but you don’t have to worry about filling it to capacity all the time because it works with smaller dabs as well.

The battery has a capacity of 420 mAh, which lasts for a while since wax sessions are relatively short and sweet. Another upside to that capacity is that it recharges quite quickly. The CloudV Flash uses a micro USB charger, which is my preference over a proprietary charger because that means I can buy a replacement anywhere instead of having to order one from the manufacturer.

The mouthpiece, glass tube, and atomizer are connected to each other using rubber gaskets instead of screws, which is a good thing with a slight downside. On a positive note, it is very quick and easy to remove the tube from the atomizer for loading or cleaning, the same goes for removing the mouthpiece from the tube. The downside, however, is that the gaskets are not as firm as a threaded connection, so the pieces tend to move around a little. There is never any danger that the connections will slip off, it’s just that they never feel as sturdy as I would like.

Cleaning the ceramic coil and the mouthpiece is a simple procedure. You just need to separate each of those components and clean them with an alcohol wipe. It is a quick, uncomplicated process, so you’ll spend most of your time with the Flash vaping rather than cleaning.

The CloudV Flash heats up very quickly, almost instantly, in fact. Just to give you some perspective, it is one of the faster heat times I’ve experienced in a vape pen, which is a category that isn’t exactly slow when it comes to heating up. Seeing the wax get vaporized in the glass tube is pretty cool too. The coil is very easy to load and can hold a lot of wax, but works just as well with small amounts.

Vapor Quality: The vapor quality is very good, not the best ever, but definitely above-average. The glass tube keeps the vapor cool, so inhaling from the mouthpiece never felt uncomfortable, and the ceramic coil keeps the vapor pure and free from contaminants. I had the best experience on the middle blue setting where I got abundant vapor and a nice taste. If you want even more clouds, you can try the red setting but be prepared for a slight degradation in flavor.

Priced at only $50, the CloudV Flash’s price to performance ratio is outstanding. Its uncanny ability to reach temperatures in a flash is definitely something you don’t really see even on more expensive devices – most of which have quartz coils that are supposed to heat up faster. The Flash proves that ceramic coils, known for their ability to deliver better flavor – definitely can have the upper hand in concentrate vaping.

I’d highly recommend checking out the CloudV Flash if you’re looking for a secondary wax pen to supplement your collection, or as a first one before moving on to more powerful devices such as the Puffco Plus (review) or the Dr Dabber Stella (review). If you’re still browsing around, definitely check out our list of the best dab pens of 2022. 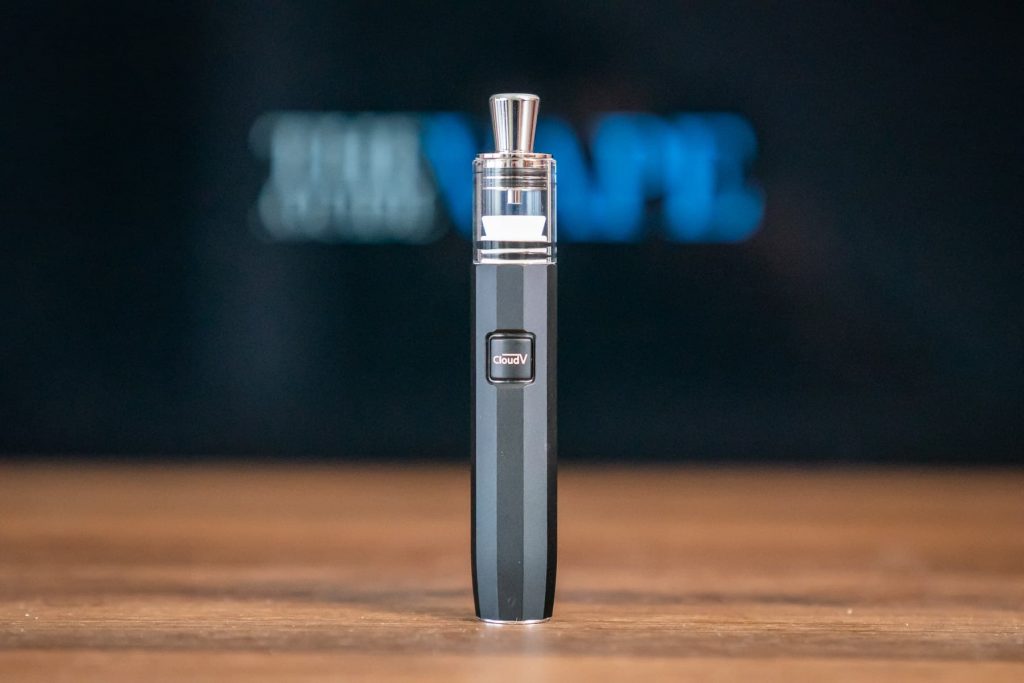 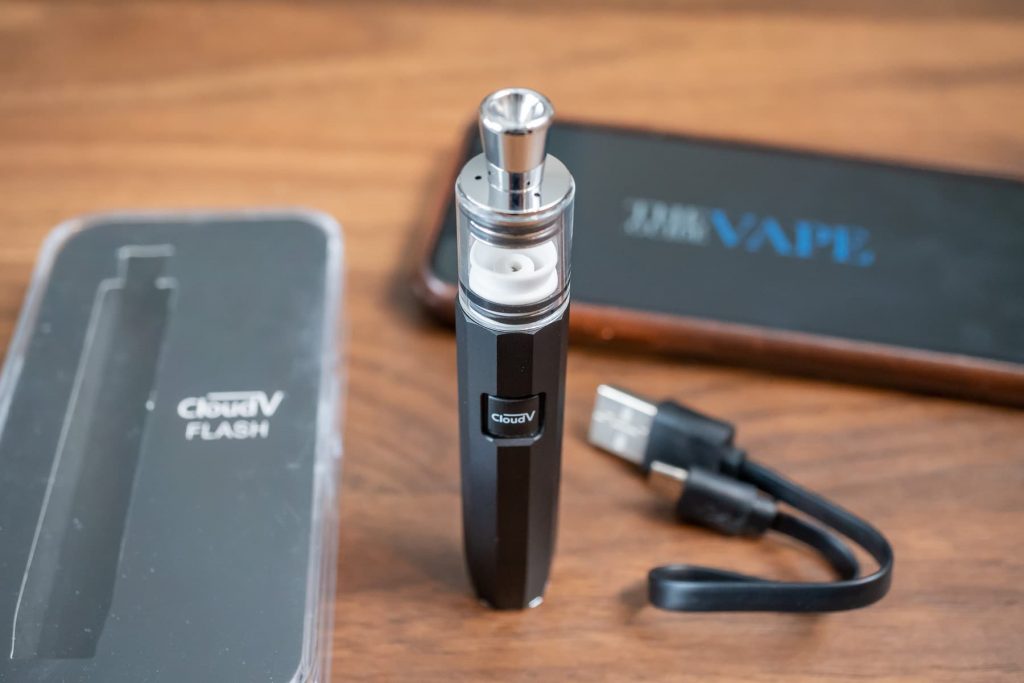 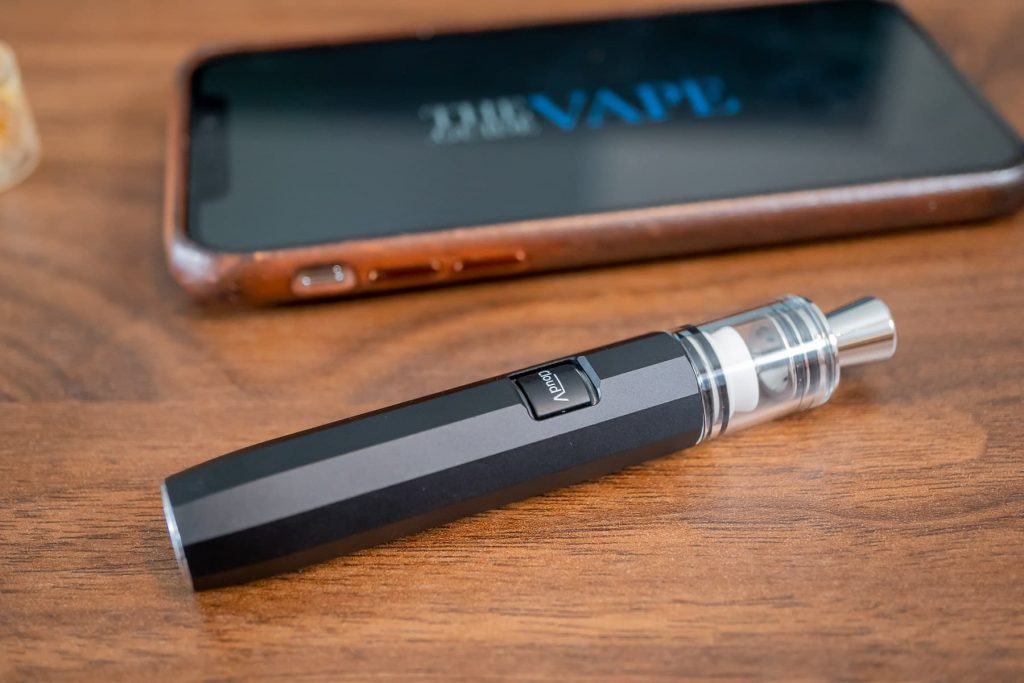 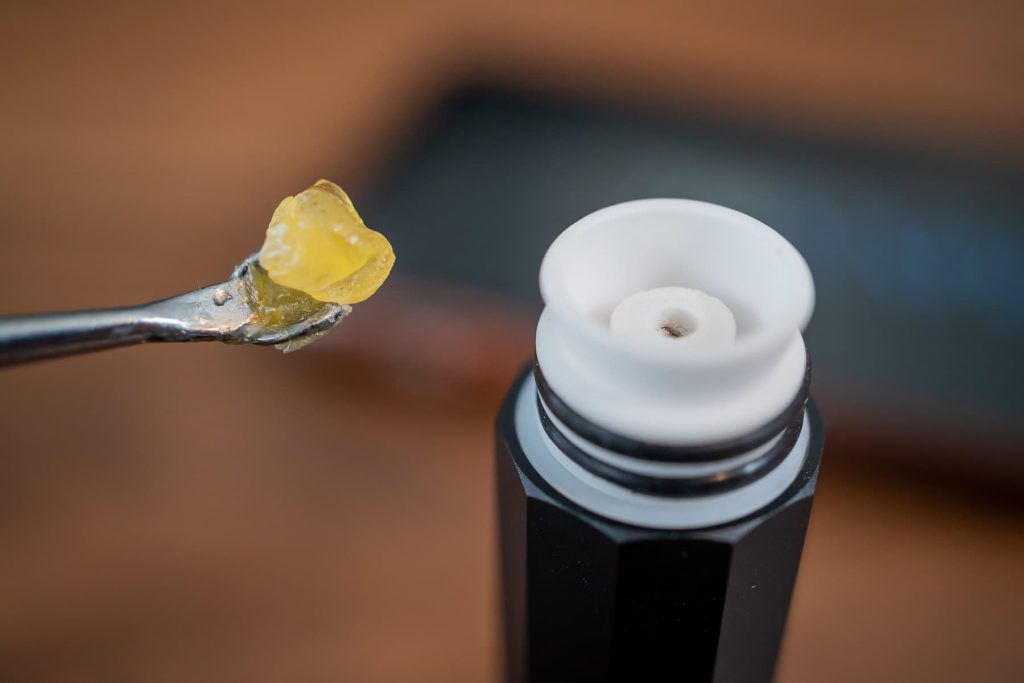 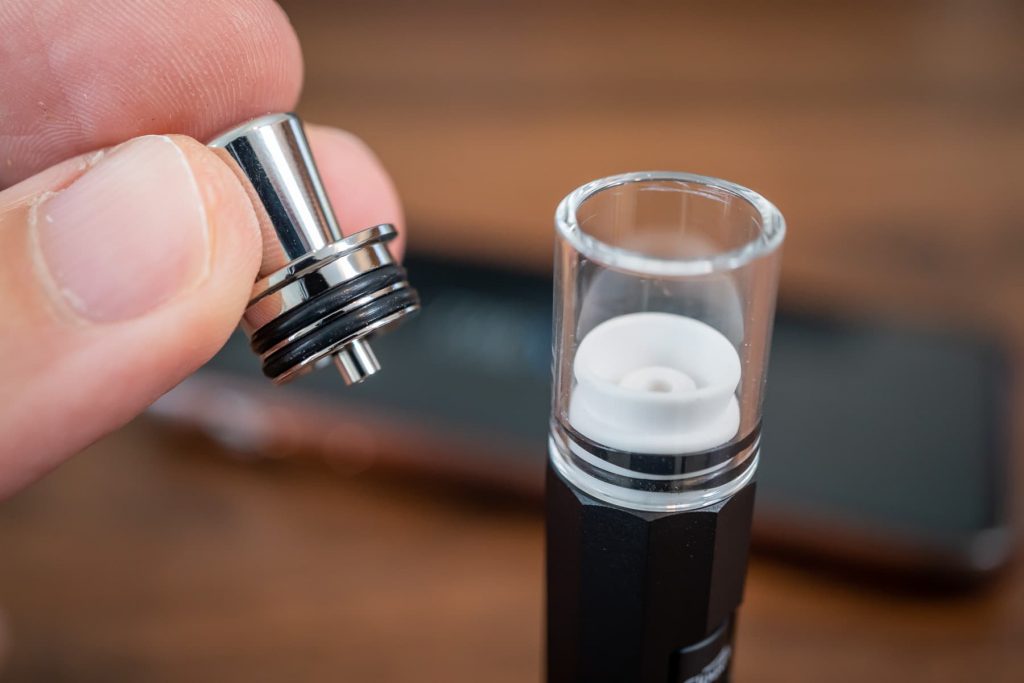 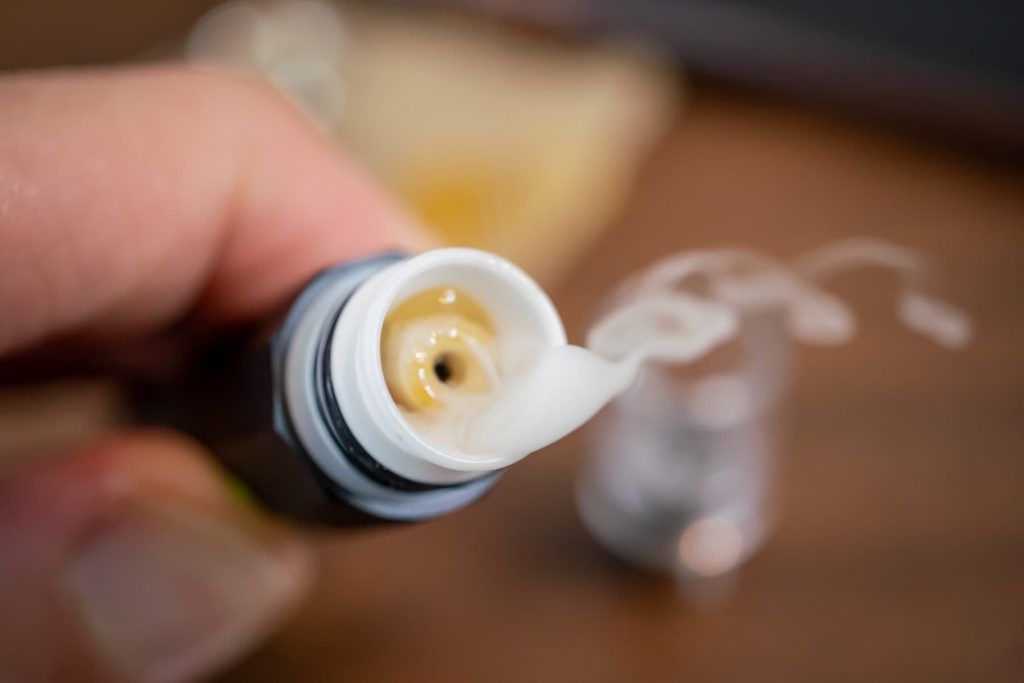