4.4 4.4/5
The Caligo Opus is a uniquely shaped, stealthy, and smart 510 system. Its advanced features are complete cartridge concealment, a LED display, haptic feedback, and dual activation. Alongside all these, it also has a 700 mAh battery, 3 pre-set settings, an aluminum alloy body, and 2 contoured magnetic mouthpieces in the kit.

The LED display on the front of the Caligo Opus shows your current session information and that includes the:

Inhale Timer & Puff Counter: Get a better grasp of your consumption with these two details. The puff counter resets when the device is turned on/off or when you’ve reached 99 draws. The timer on the other hand displays the time for 5 seconds after each draw.

Battery Level: The battery icon clearly tells you how much power there is left on the device. There’s also a low-power alarm for if and when it’s time to charge, and once plugged in, the display switches to a charging indicator screen. The Caligo Opus also features pass-through charging (meaning you can use it while it’s plugged in) via the provided micro-USB cable

The screen itself is relatively discreet, but it can be turned off just in case. This is where the haptic feedback comes in handy – letting you know the device’s status by vibrating at different lengths.

Complete Cartridge Concealment: Regardless of whether you’re using a .500mL or 1mL cart, it’ll sit perfectly inside the device – protected from lint, UV, and debris.

Dual-Activation: The Caligo Opus can be used either as a draw-activated device or by pressing the button as you take a hit.

Haptic Feedback: If you’re keeping it discreet and don’t require the screen – the device will vibrate when you either press the button or when you draw. It’ll also vibrate to indicate a possible Cart Error or when the battery is running low. 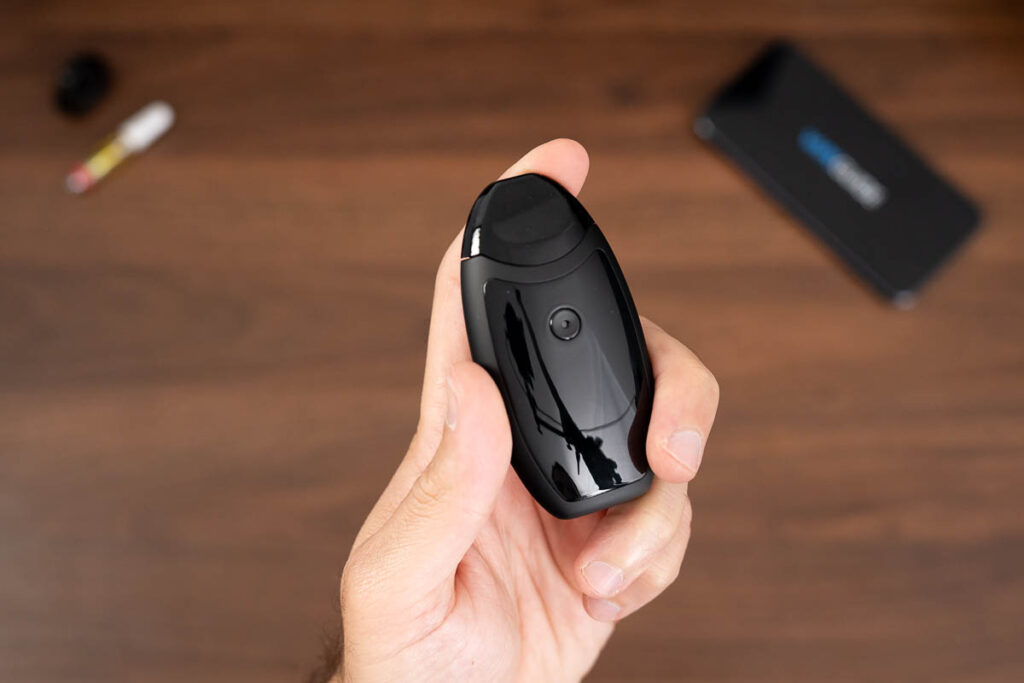 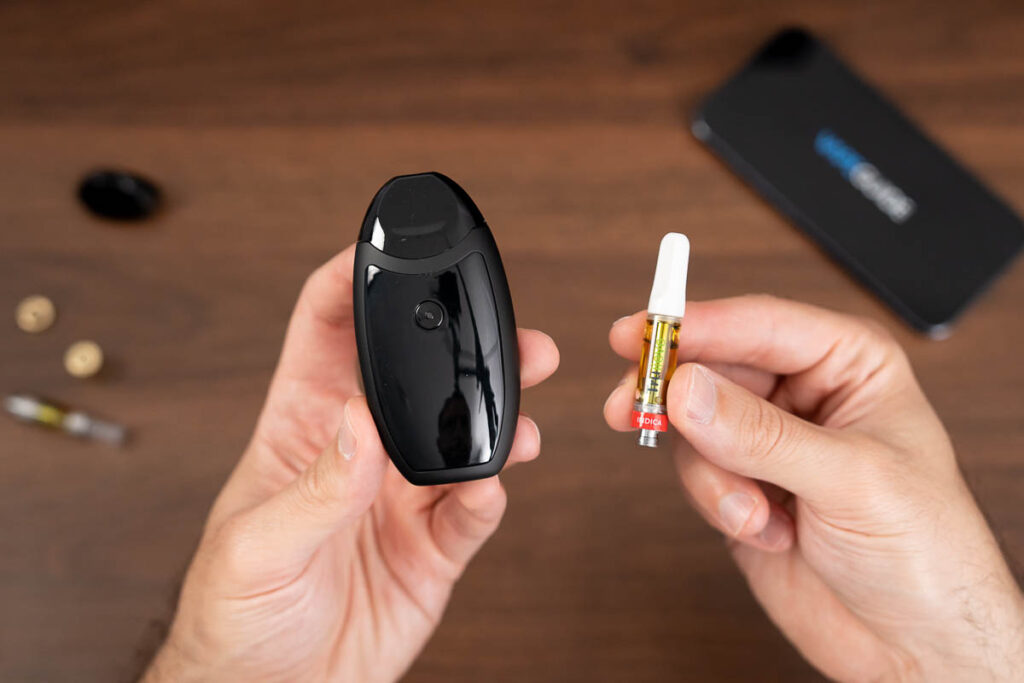 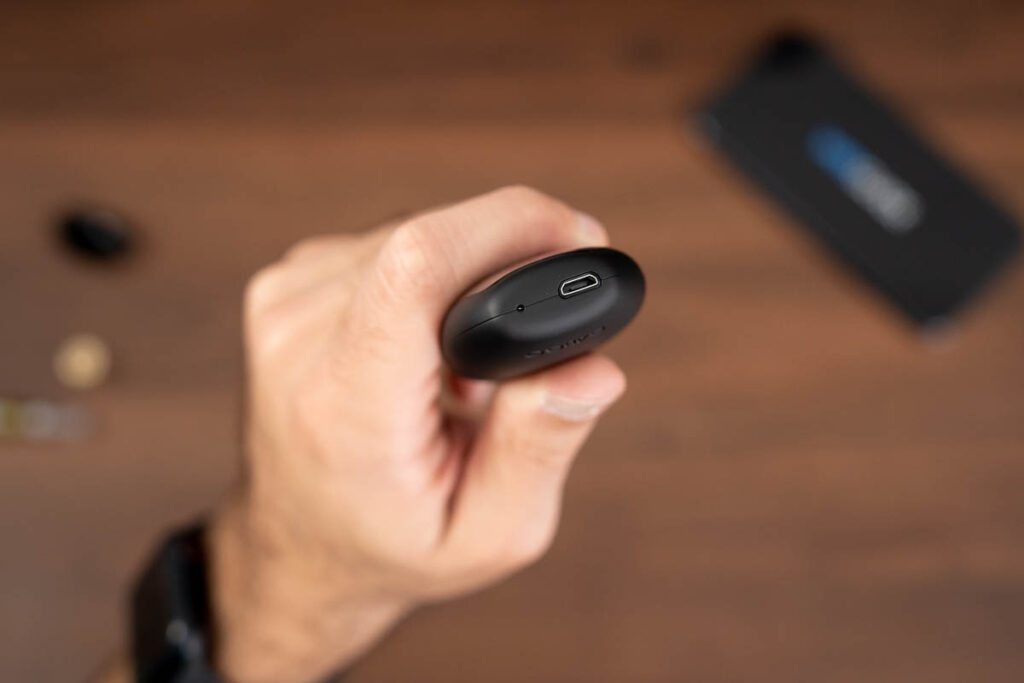 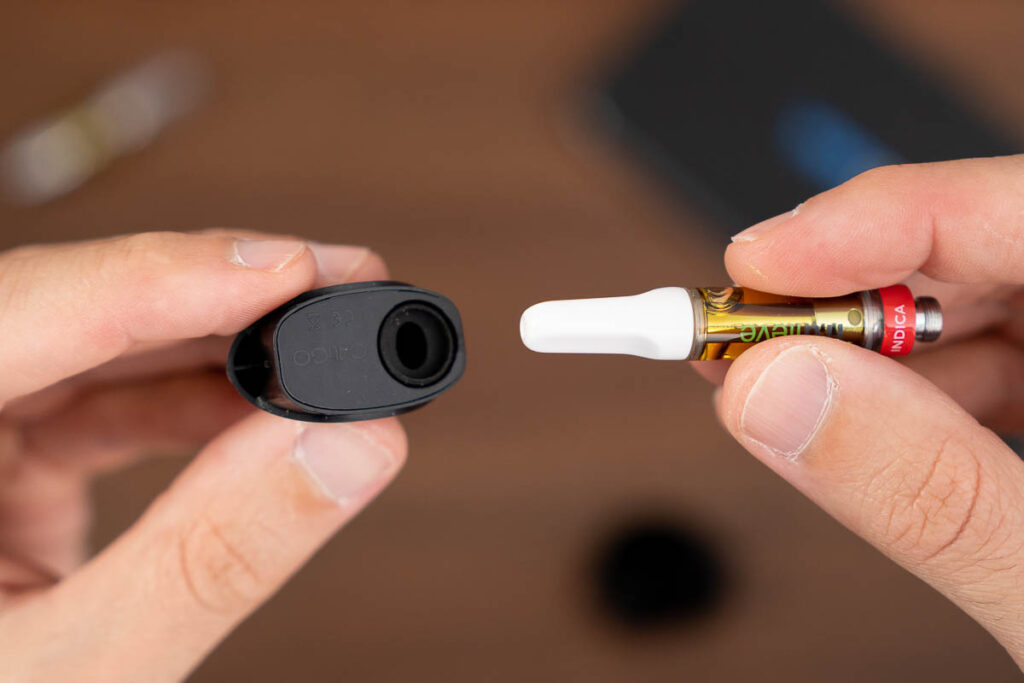 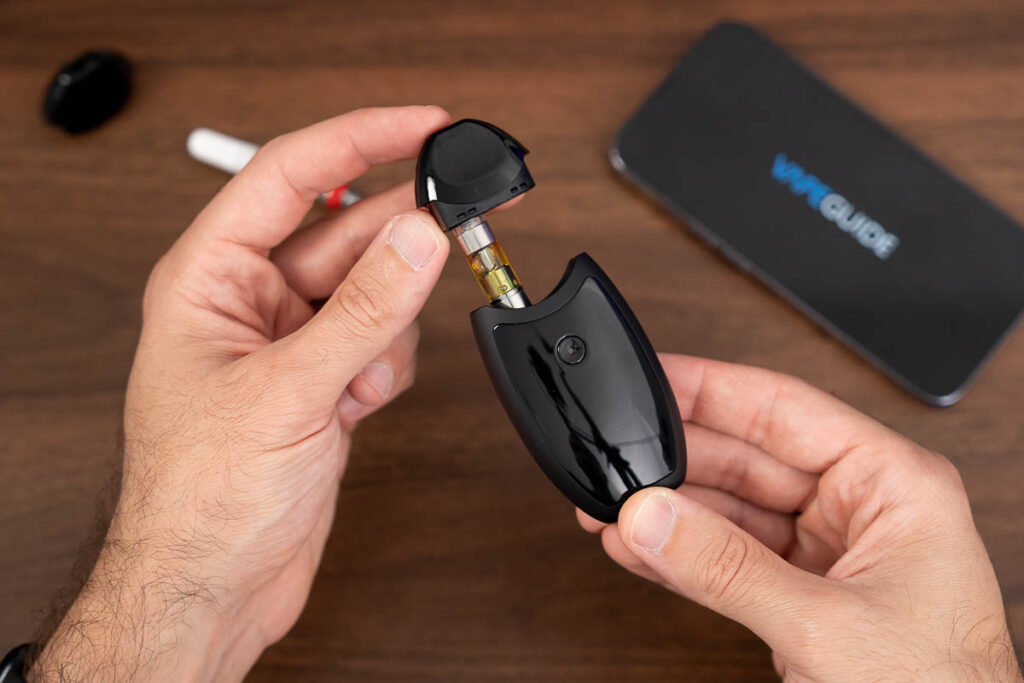