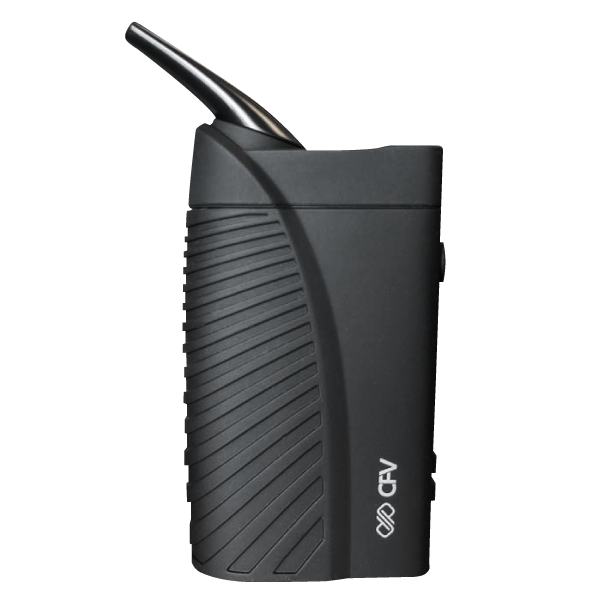 4.2 4.2/5
The Boundless CFV is a flavor-forward portable convection vaporizer with all the features that are expected for its price. Although it’s mostly made of plastic, the device delivers on performance and comes recommended if you’re looking for something that’s simple and efficient.

Boundless is a brand that differentiates itself through its product development strategy.  Rather than a multitude of products- they have decided to specialize and constantly improve the products in their line-up by re-releasing them with better and more apt updates. Their popular Terp Pen was upgraded and re-released as the Terp Pen XL (review) and the CFC dry herb vaporizer was initially released in 2018 and re-released as the CFC 2.0 (review) a year later.

It is this virtue of constant improvement that drives the new Boundless CFV (visit store), re-released with appropriate tweaks and adjustments. The Boundless CFV’s improvements do more with less –  the older version had various heat retention rings made of wood and quartz, that could be placed in the herb chamber. The updated version also has a new bowl design, which is why it is incompatible with the old heat rings. This new device puts convection heating front and center.

Compatibility: The Boundless CFV is compatible with dry Cannabis herb, I tested this product with CBD herb from InHemp, which can be legally shipped throughout all 50 US States.

The previous version of this device came with the aforementioned rings and a box that was fairly large. The updated CFV comes in a sleeker package that’s filled with almost everything you need to start dry herb vaping.

In the box you get;

If you want to use any dry herb vaporizer at their best, then I’d recommend a good herb grinder. That’s because well-ground herb heats evenly and produces a better vaping experience. The SLX (review)  is one of the best manual grinders out there because of its smooth grinding action and premium material.

While the product might be a re-release, the brand kept the original sleek body and swivel mouthpiece design. All that is new with the Boundless CFV is on the inside. Just like the Boundless CFC 2.0, the CFV is mostly made of plastic. but it’s respectably durable. But even then, knowing that it’s made of plastic really indicates that it’s a mid-tier vape rather than a premium one. It has a matte finish that makes it smoother to hold, and a ridged side for a more secure grip.

The former CFV came with additional wood and quartz rings –  would absorb heat at different rates and create a heating profile that was either full convection or a conduction/convection hybrid. While it was a very interesting and very forward idea it proved to be rather fiddly because you have so many different accessories to take care of. Most people just stuck with one ring instead of constantly interchanging them, and that ring is usually the one that gives a full convection experience.

On the side of the device is the OLED screen that displays your desired operating temperature and battery level. OLED screens are usually pretty bright, but here it’s bright enough to still be discreet. The display can also be inverted so it’s ergonomic for both lefties and righties.

Below this display are the contrasting, shiny buttons. While some device buttons tend to rattle, the buttons on the CFV are firm, tactile, and have a good clicky sound when pressed. The downside, however, is that the buttons are situated too low on the device- so you’ll have to position your hands in a slightly awkward position when adjusting the temperature.

The battery on the CFV is at 2500 mAH, which lasts about 60-90 minutes or about 5-6 sessions on a full charge. This battery measures only a little less than the Crafty + but is more than other dry herb vaporizers like the Utillian 620 (review), which is at around the same price.

60-90 minutes definitely isn’t much- but it makes sense when you consider that convection heating and the CFV’s session settings mean that the heat runs constantly when on. This is the price that convection vaporizers pay for better flavor.

The ability to use the device with a water pipe is quite unique for a dry herb vaporizer, and Boundless has included this accessory for both their dry herb vaporizers- the CFC 2.0 and CFV.  The included water pipe adapter fits male (14mm and 18mm) downstems. I used my CFV with a rig from Higher Standards.

To load your unit, rotate the mouthpiece 90 degrees to remove it from the unit and expose the heating chamber. The chamber fits roughly 0.1g of well-ground, dry herb. Loosely place your herb in the chamber, and replace the mouthpiece to seal.

The interface is simple enough to use. Five clicks to turn on/off. Up down buttons to set the temperature and you may opt to press both buttons to switch between Celsius and Fahrenheit. After you set to your desired temperature, the device will heat up in 30 seconds. Draw and enjoy!

Like I said earlier, this CFV update places convection heating front and center- no more of the attempted heating hybrids like in the previous device. If you’re curious about the difference between convection and conduction, here is a breakdown. Convection is when heated air is drawn up into the chamber, thus heating the herb. Conduction is when heat is applied directly to the chamber.

The vapor quality on the device is a bit mixed- on one end outstanding flavor you can really taste all the subtle flavor notes of your cannabis and because there’s no burning or combustion. There’s even the added option of using your cashed herb to make edibles. But on the other hand, don’t expect big and billowing vapor here. specially with anything below 390F or 200C. If you’re after massive clouds and want to get any type of decent cloud production you have to bump the unit up to its max.

Convection heating allows the herb to be heated through hot air versus direct contact. This process creates a smooth and flavorful hit that isn’t always possible on conduction heating devices. Convection allows for even heating, little to no combustion, and even the ability to create edibles from the decarbed plant matter that’s leftover.

Overall, I appreciate a brand that consistently improves on its products rather than releasing so many in a single space. The Boundless CFV is straightforward, well priced, and makes for a pretty good first convection vaporizer.

While it might not make the largest amount of vapor- it is made for the flavor fiends. At $149, it falls under the mid-tier range overall but can be considered affordable for a convection vaporizer with a quick heat-up time, variable voltage, and the unique addition of a water pipe adapter.
Boundless products are known for their minimalist designs and affordable price range. If you’re looking for something higher-end, I’d recommend the Crafty+  &  Mighty (review) or check out our list of the best dry herb vaporizers. 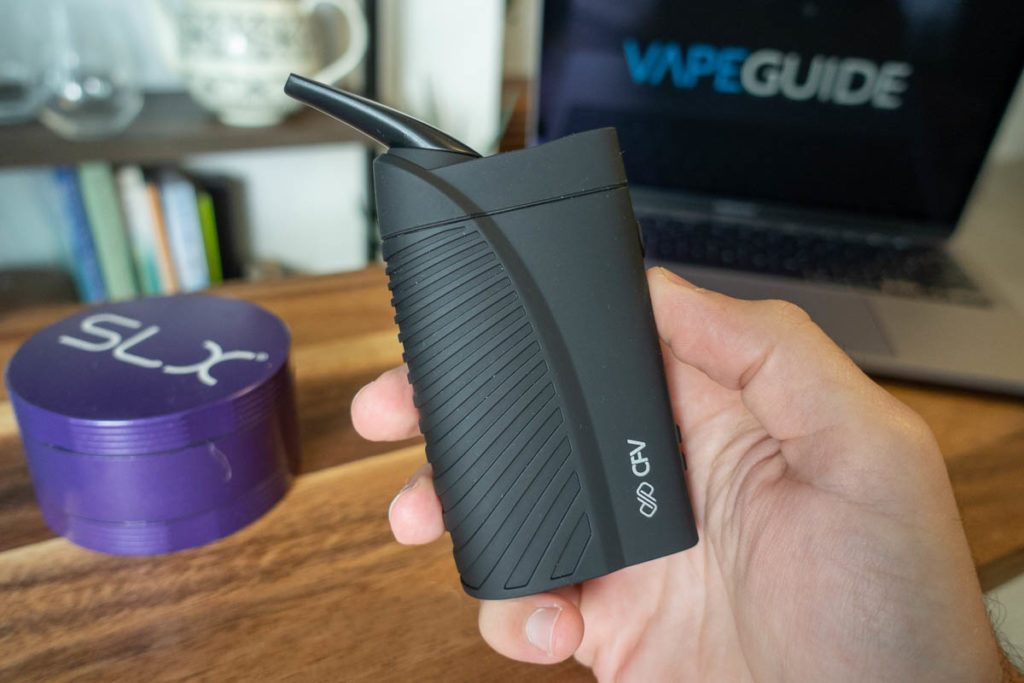 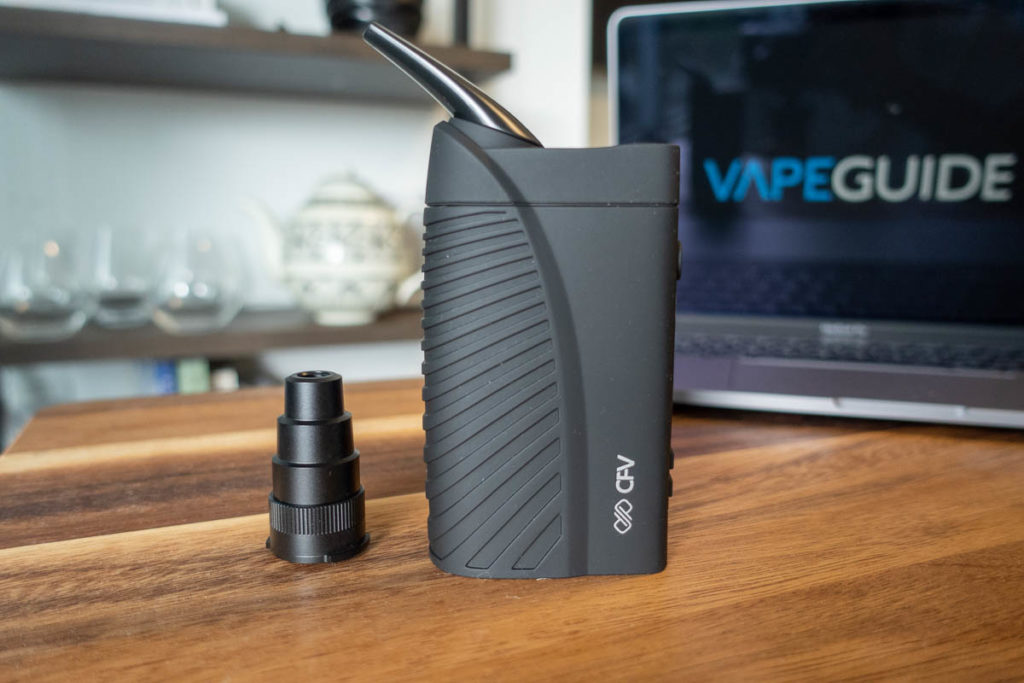 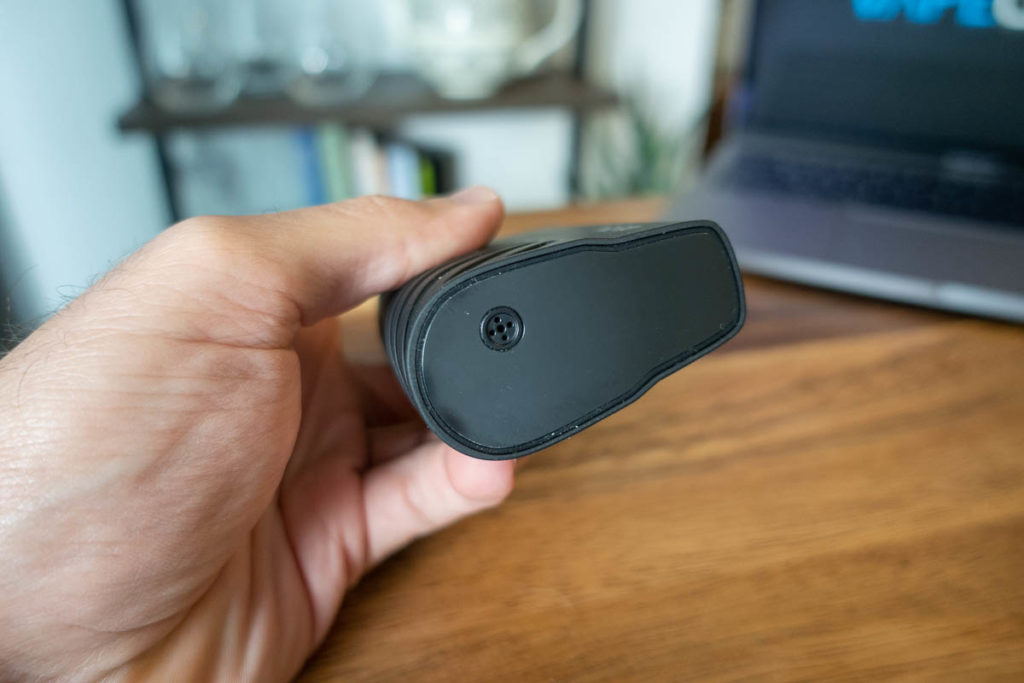 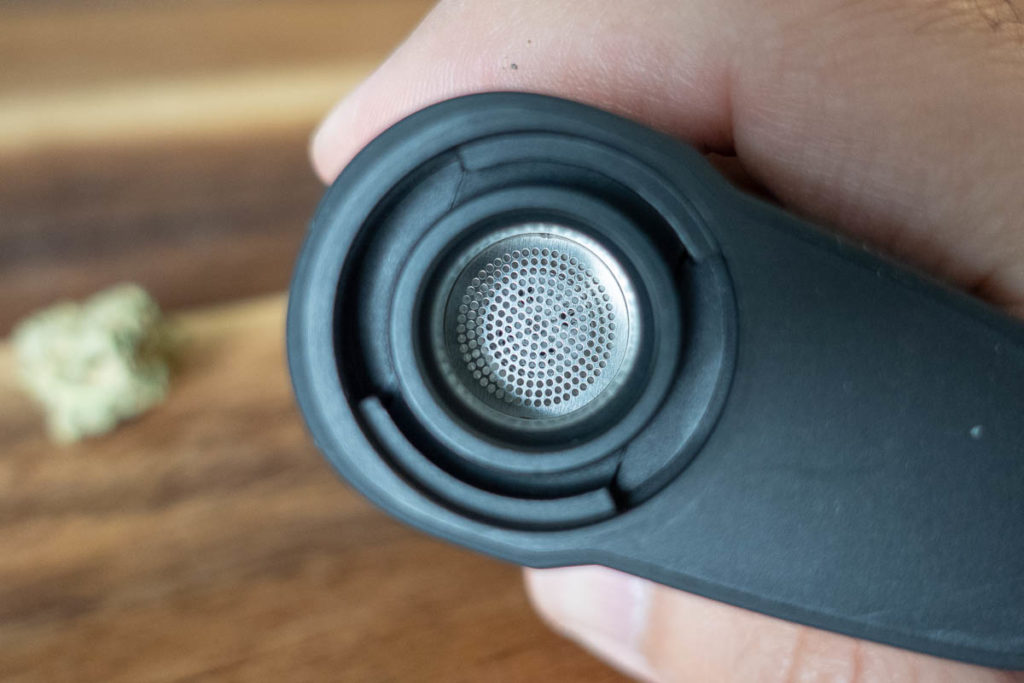 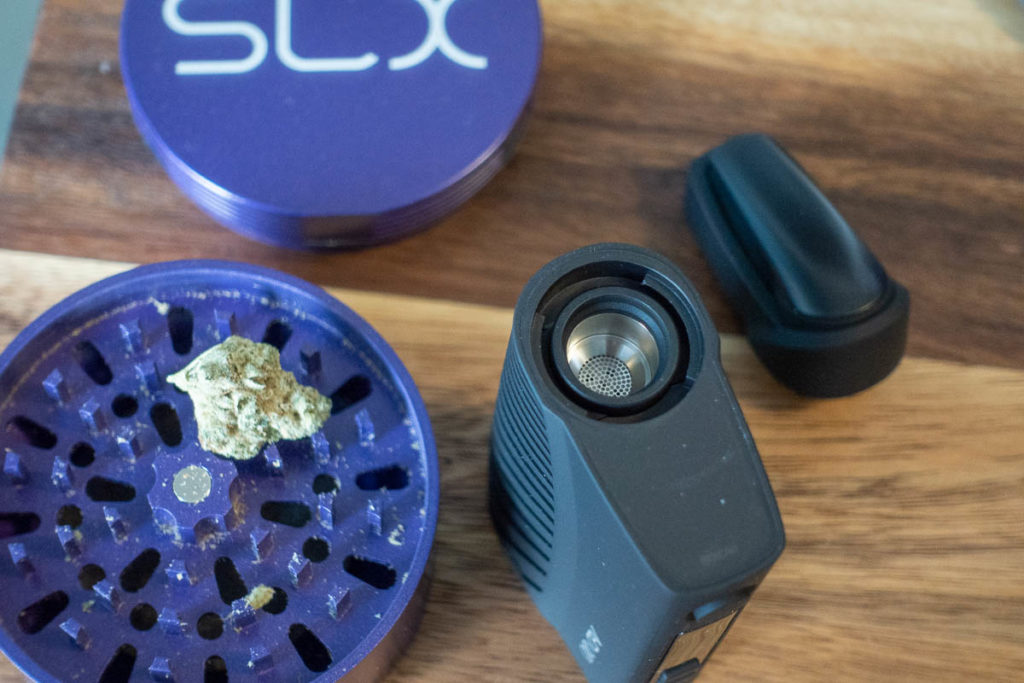 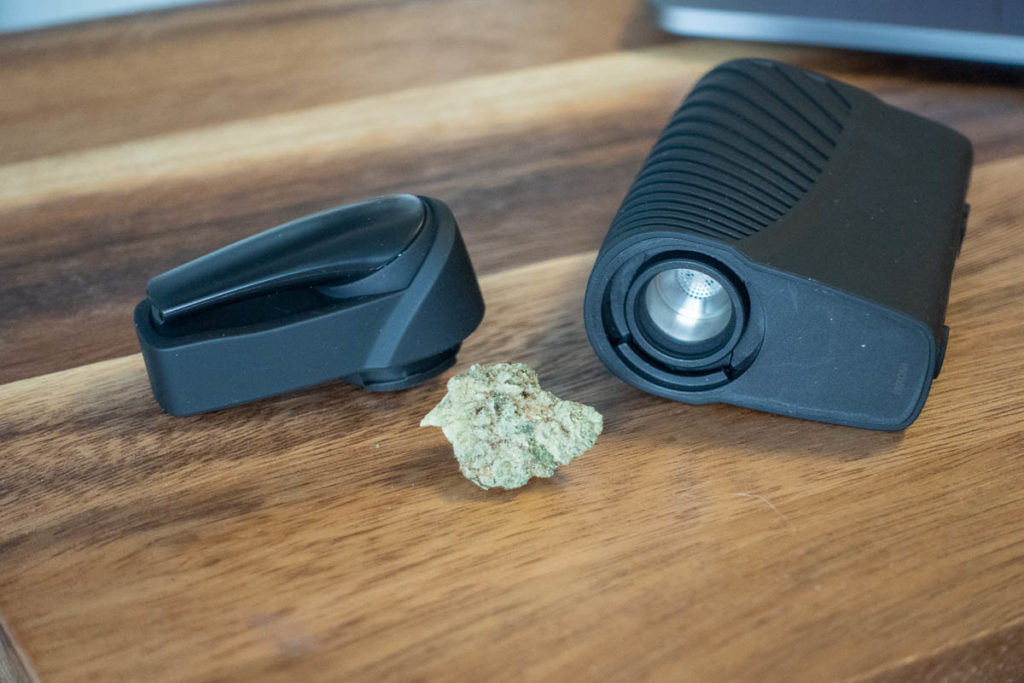 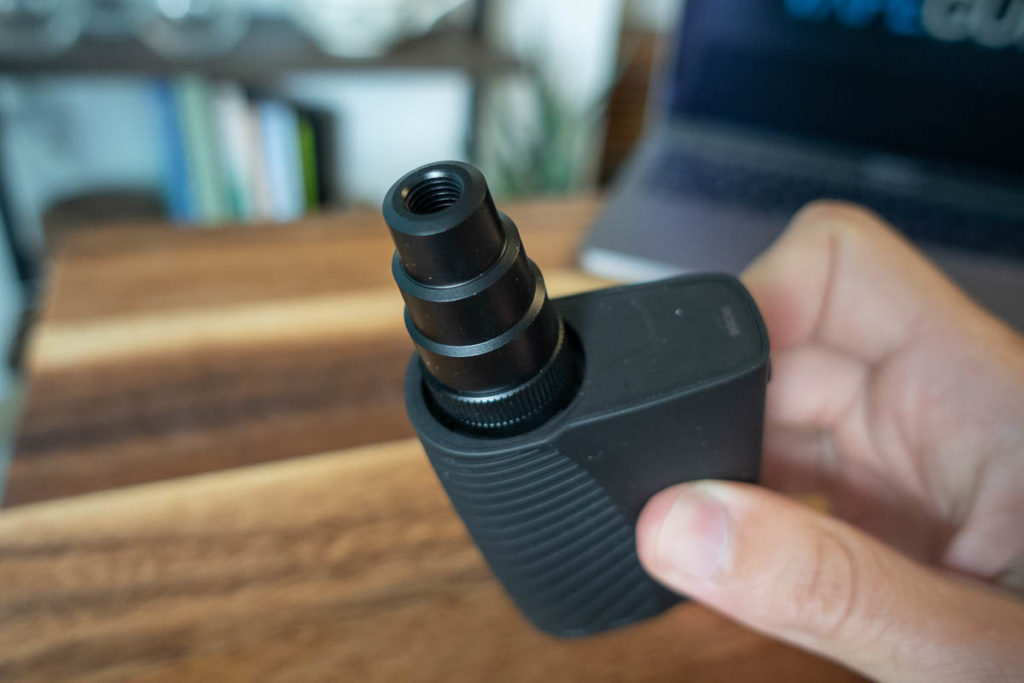 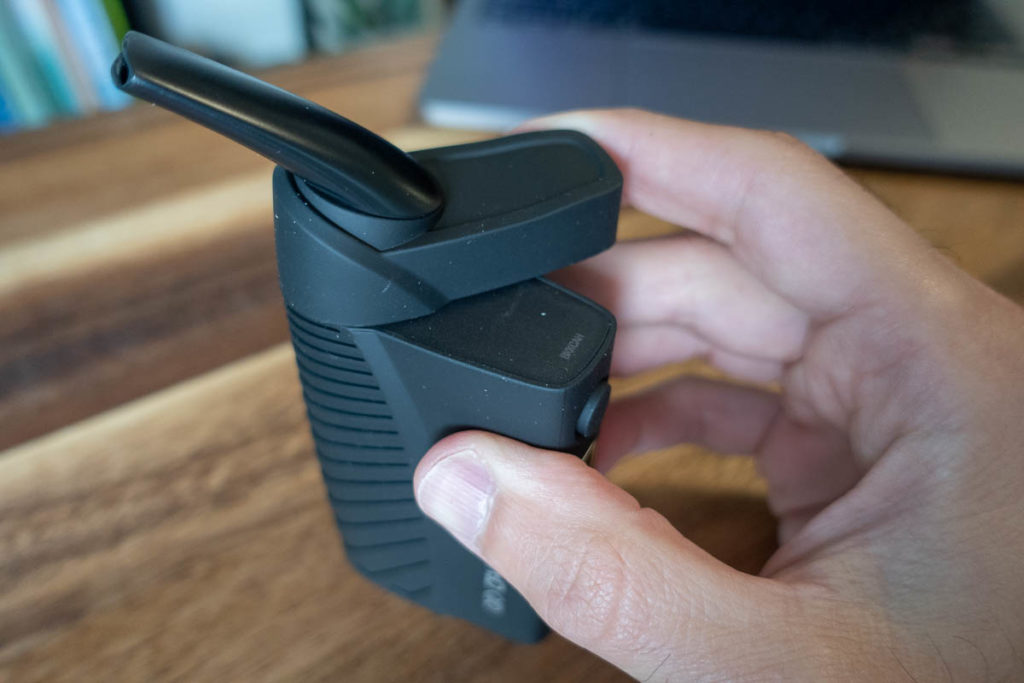 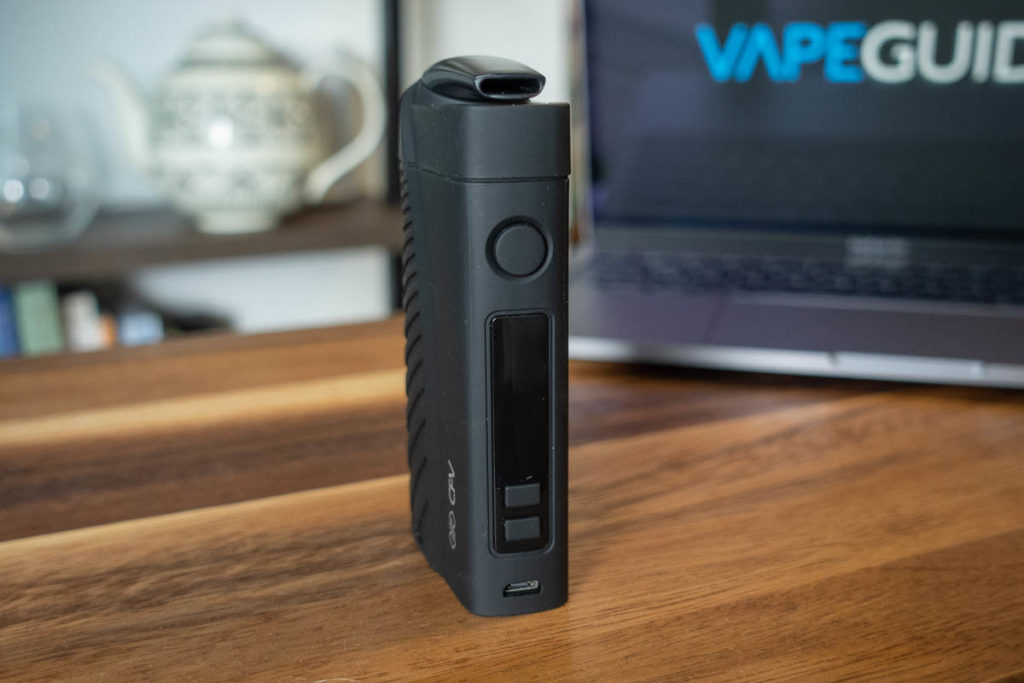 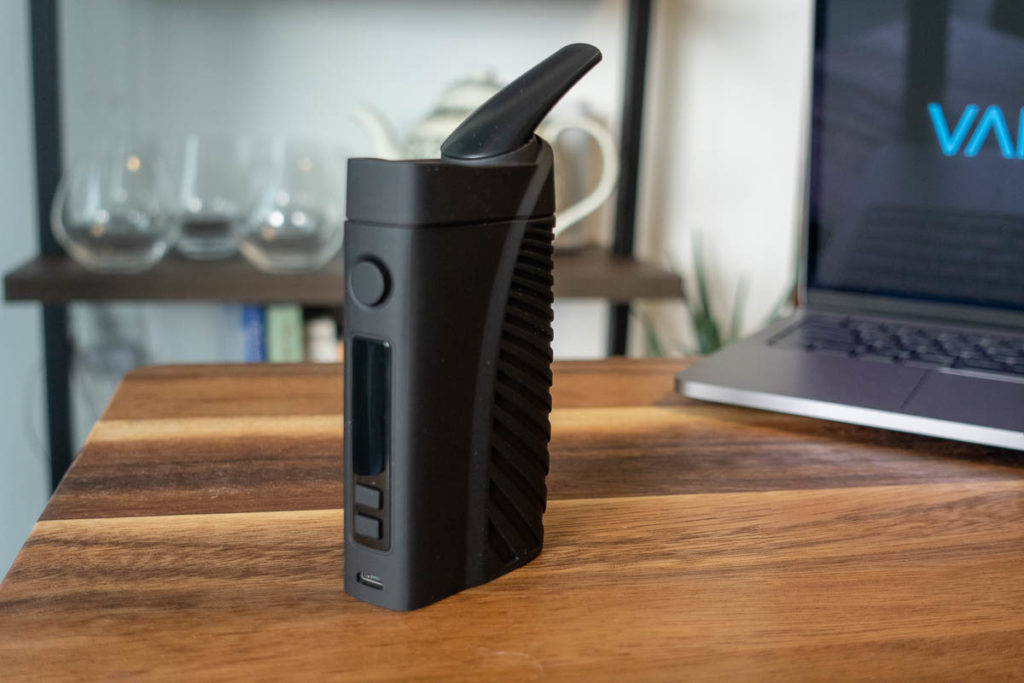