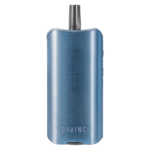 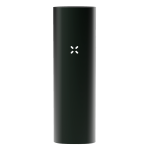 Design - The iconic design of the Pax 3 is still striking even today. The smooth, button-free anodized aluminum shell with the illuminated petals on the front is still one of the most distinctive dry herb vaporizer designs on the market. The lack of buttons means that you have to rely on the motion controls, clicking on the mouthpiece, or the smartphone app to control its functions. That can be a little inconvenient for some people, but at least it offers the most methods of control among the three vaporizers here.

Features - The multiple ways to control the Pax 3 are one of its standout features. The same goes for its smartphone app, which is one of the best here as it has a lot of functionality. However, the Dynamic modes are the standout feature. They are a set of modes that gradually increase the temperature as you vape.

Design - If it isn’t broke, don’t fix it, and definitely don’t break it. That seems to be the axiom that DaVinci followed when designing the IQ 2. It has a few changes, but it is recognizably an IQ, the biggest change is the dial on the bottom of the device that regulates the airflow. It’s a feature that more dry herb vapes should adopt since it provides a level of customization that other weed vapes can’t touch.

The new brushed aluminum surface is the other big visual change and it looks just as good—if a little less distinctive—than the sandblasted aluminum surface of the original. This is also the only vape of the three, where the majority of its functions can be controlled on the device.

Features - The brand new dial that regulates the airflow is definitely the standout feature here. No other vape in this class—or any class really—has anything like it.

You should know that the vaporizer smartphone apps have been removed from Apple’s iOS store and there is no word on when or if they will be reinstated. If your type of vaporizer uses an app and the app is already on your phone, then you will be fine, but you won’t be able to get any updates. That is not the case for Android devices though as the apps can still be downloaded from the Google Play Store.

If you have never downloaded a vape app or if you have but you buy a new phone later, then you’re out of luck, at least for now. That means the IQ 2 has an advantage here because a lot of its functions, including precise temperature control and the Smart Path mode, can be controlled on the device itself. The Pax 3 and the Crafty don’t have that luxury.

The Pax 3 has one of the better smartphone apps even now. Aside from being able to control the temperature and various dynamic modes, it also has various instructional videos on how to use and maintain the Pax 3. There are also menus that allow you to do stuff like order replacement parts and search for authorized sellers in your area. Even after all these years, it’s still a solid app.

The smartphone app of the IQ 2 also got an upgrade as now it has detailed dosage control options for users. To be honest, it is likely that not too many vapers will use it since it means inputting a lot of data and regularly checking your phone. It’s an interesting idea though and it’s nice to see a company try so many new things at once. Aside from the dosage controls, you get the usual customization options, precise temperature control, and Smart Path mode controls from the app.

Cleaning the Pax 3 can be complicated because the mouthpiece, oven, and vapor path all need to be cleaned separately. Most of the cleaning accessories are included in the kit and you only need to clean it after you’ve used it about a dozen times. So, at least you don’t have to clean it all that often.

This is easily the most high maintenance vape here. That is because it comprises several different components that each need to be cleaned separately using cotton swabs and isopropyl alcohol. The IQ 2 has pieces that you won’t see in other vaporizers, like the flavor chamber, which makes it take much longer to clean than the other weed vapes here.

All three of these vaporizers are compatible with wax via concentrate pads. However, it is not advised that you use wax with these, or any wax compatible dry herb vaporizers. That is because none of them can reach high enough temperatures to vaporize the wax to a satisfactory degree. Not to mention that cleaning up the wax residue is a huge pain. If you also vape wax concentrates, then it is better if you get a vape pen.

The IQ 2 and Crafty+ both have ceramic ovens. Ceramic is a neutral material with good heat retention that is commonly used in the ovens of dry herb vaporizers. The Pax 3 has a stainless steel oven, but the steel is high quality so it doesn’t affect the flavor of the vapor.

The Pax 3 and the IQ 2 both have options that can reduce the size of their ovens without compromising performance. The Pax 3 has a half oven lid included in its kit, but the oven spacers used in the IQ 2 need to be purchased separately.

Pax 3 - One of the reasons for the enduring popularity of the Pax 3 is that it is a pretty reliable vaporizer. Since it consists of relatively few components, there isn’t a whole lot that can go wrong with it. The fact that it has been around for years is proof of its durability.

DaVinci IQ 2 - The IQ 2 is too new to have any reports about its reliability in either a positive or a negative sense. The original IQ was a solid, reliable device for its duration with the only problem being that the pearl in the oven was prone to breaking off. The pearl in the oven of the IQ 2 looks like it’s more firmly attached, so that problem should be a thing of the past.

The battery of the Pax 3 is good for about ninety minutes, which is good for about six to nine bowls, and recharging it takes about two hours. Both of those numbers are about average for dry herb vaporizers in this price range. Recharging is done using a magnetic charging dock that is very easy to use since you don’t need to plug anything in.

The IQ 2 uses a removable 18650 battery, which means that, if you have a spare, you can just exchange it for the dead one instead of sitting around and waiting for it to recharge. It lasts for about ninety minutes but takes two to three hours to recharge, so if you’re the impatient type, you should think about investing in a spare or two.

The Pax 3 wouldn’t be so revered if its vapor quality wasn’t any good, would it? While its vapor is indeed pretty good, it doesn’t last as long as you would like because the flavor degrades as you use it. Additionally, the vapor starts to get warm towards the end of the session, which is understandable because it has a short vapor path. If you don’t mind either of those shortcomings, then the Pax 3 gives you tasty vapor and big clouds.

The zirconia elements help with the vapor quality as well because they help to keep the vapor cool. In particular, the zirconia pearl in the oven distributes the heat so that all of the herb gets evenly vaporized. Overall, the IQ 2 produces some of the best vapor you will ever experience in a portable.