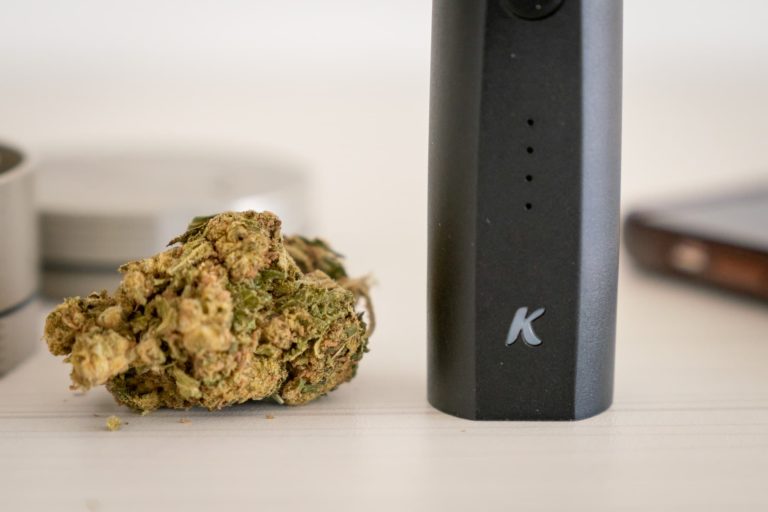 It’s the eternal problem that every weed aficionado faces at one time or another, how to get rid of the smell of weed. Even though using marijuana doesn’t have the social stigma that it once did, not everyone appreciates the smell of weed, which is why cannabis connoisseurs try to hide their habit.

Will vaping your weed solve the smell problem? Do vaporizers smell like weed? Is there a device that won’t emit that sweetly pungent scent of marijuana? Keep reading to find out..

Does Vaping Produce a Weed Smell? Short answer: Yes. Longer answer: Vaping does smell of weed but that smell doesn’t linger the way it does with weed smoke. Rather, weed vapor dissipates very quickly, so the scent is gone almost as soon as it appears.

It doesn’t stick around and incriminate you either. Whereas, weed smoke sticks to hair and clothing fibers, letting everyone within a fifty-foot radius know what you’ve been up to, weed vapor doesn’t linger.

How Long Does The Smell Stick Around? 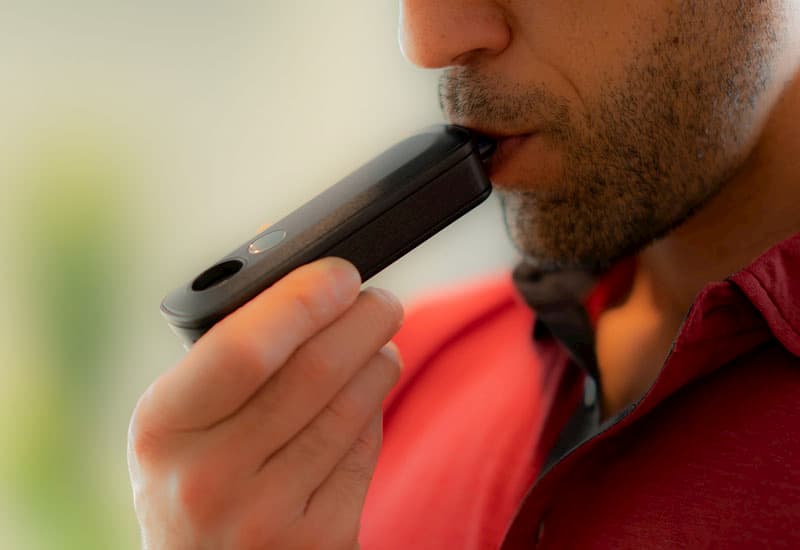 You only have to wait for about a few seconds to a minute for the smell to be gone. The time depends on the strength of the vapor from your weed vape and the amount vaped.

While you can’t get rid of the weed smell, you can suppress it with the right equipment. You can buy smell-proof, odor-resistant cases that won’t give you away. You can store your vaporizer and your stash in them and not worry that they will emit any tell-tale odors.

There are handheld portable options that you can take with you on a quick trip as well as bigger, heavier cases that are great for home storage. Either way, those cases have got you covered.

The method of weed consumption has a distinct effect on the kind of smell it produces. Here is the kind of odor that you can expect from the different ways of using weed. 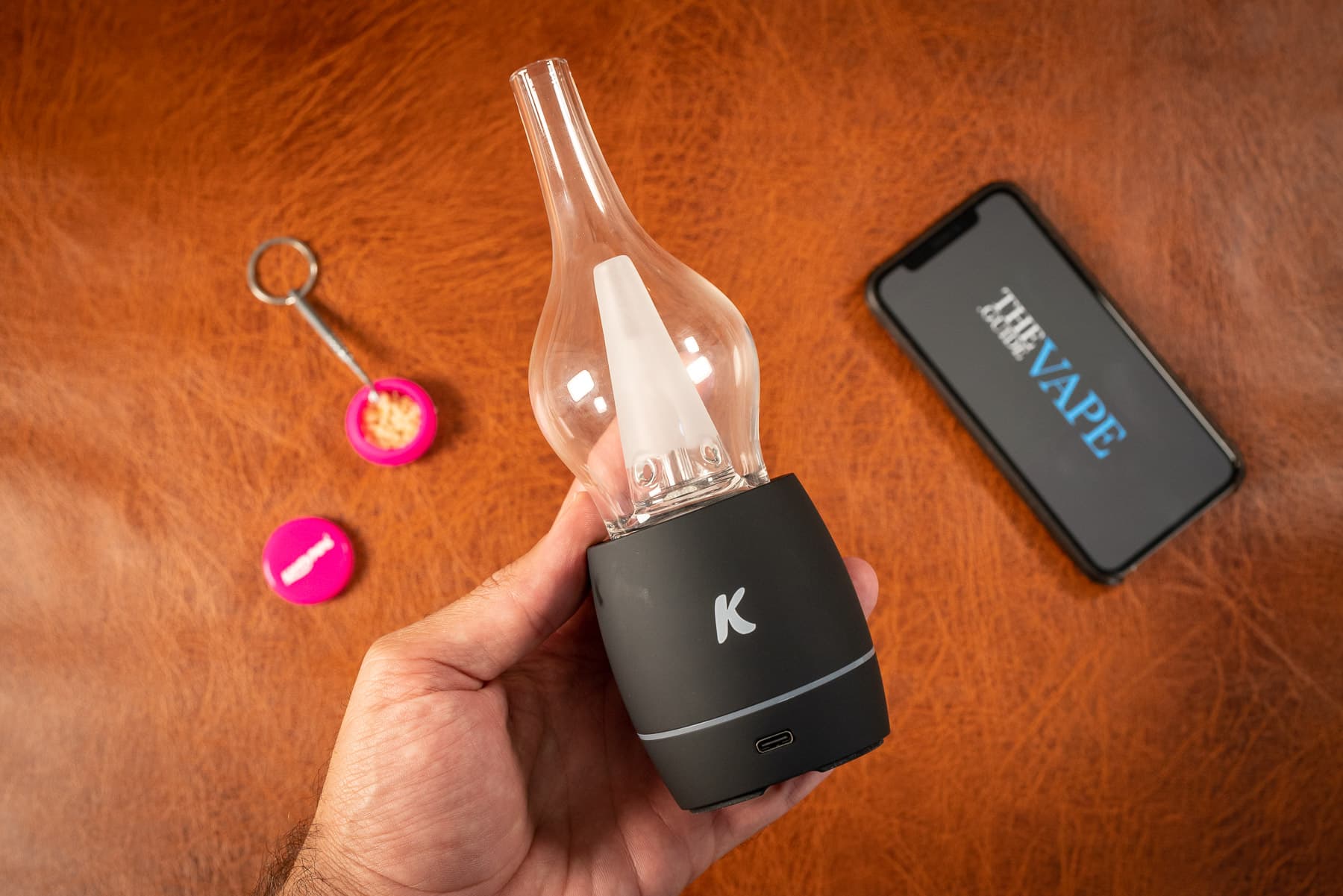 E-nails use a lot of wax and create a lot of vapor so the weed smell is pretty strong when using them. Out of all the vaping methods, the scent from e-nails also lingers the longest. Fortunately, it doesn’t stick to hair or clothing fibers so once you’re done with your session, no one will be the wiser. As stated elsewhere in this article, the smell from dry herb vapes is pretty mild and doesn’t stick to anything. So, if you’re worried about the smell of weed, but don’t want to give it up, then dry herb vaporizers are the way to go. These devices use wax, but they use less than e-nails, not to mention that the wax is inside of the device, whereas with e-nails and portable dab rigs, it’s out in the open. That means the smell from wax is milder than the smell from e-nails despite the fact that they both use the same substance. 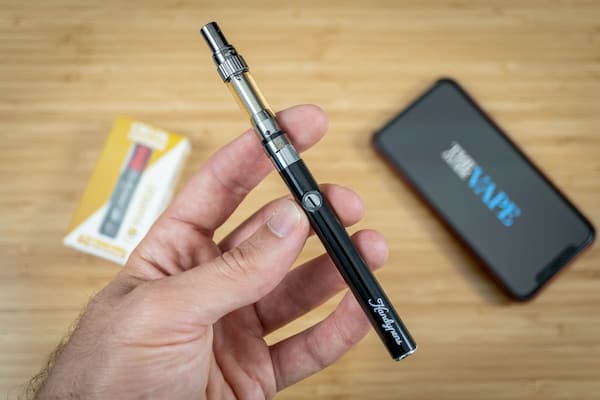 Oil extracts are milder than wax extracts and the same goes for the odor that they produce. The scent from CBD or THC cartridges is very mild and dissipates very quickly, making these the stealthiest method of using weed.

To answer the question in the title: yes, vaporizers do smell like weed, but not for long and the smell doesn’t stay with you. That’s yet another advantage that vaping weed has over smoking it. The weed smell from vaporizers is a lot easier to manage and is arguably more pleasant than the weed smell from smoke. So, you won’t be able to completely eliminate the weed smell with vaporizers, but at least it won’t outstay its welcome.