What Is The Best Temperature For Dabbing? 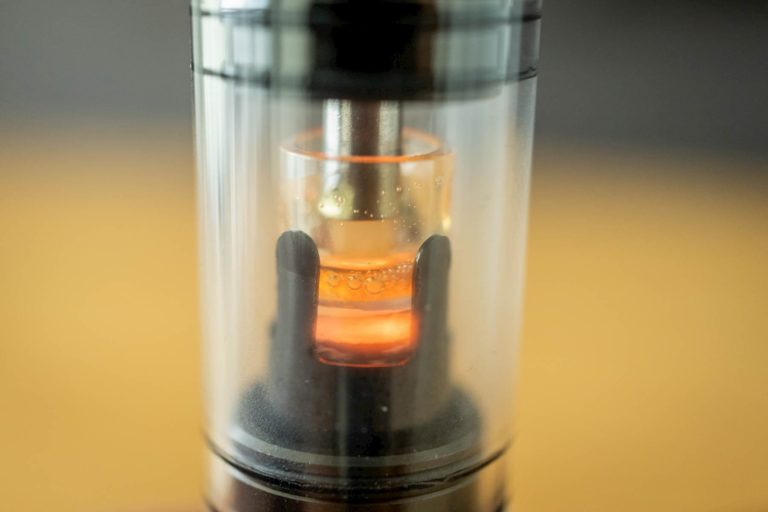 Dab temperature, like most things in vaping, is a matter of personal preference. Some people prefer low to mid-temperature dabs, while others like high-temperature dabs. Most Extract vaporizers do not show the exact temperature, or allow for precise +/-1°F control. Instead, they have four or five preset temperatures. So if you are new to dabbing, honing in on the right temp for your taste may be tricky. This post should set you in the right direction. 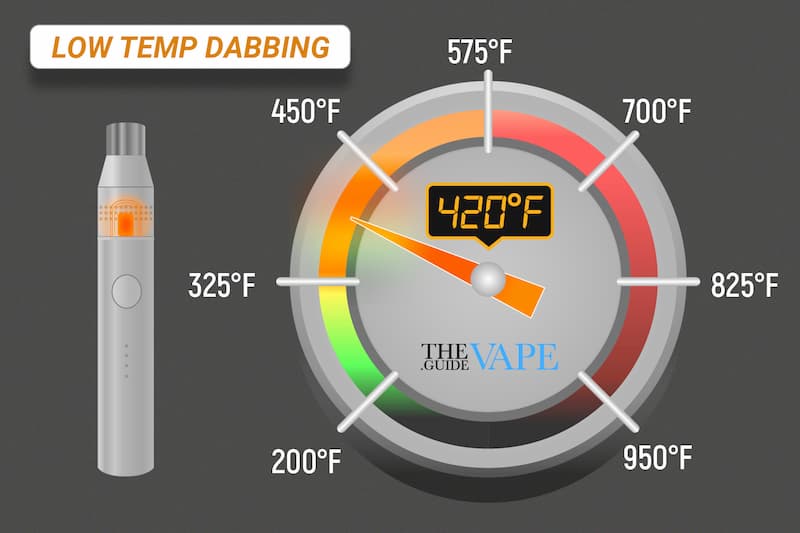 With low-temperature dabbing, users get a stronger flavor and a smoother vaping experience, a low temp dab would be somewhere in the 315°F to 450°F range. That is because the slow ramping up of heat allows the user to better appreciate the flavor and the lower temperature delivers less intense vapor.

A good thing about low-temperature dabbing is that there isn’t any need for specialized equipment, a good vape pen is all that you need. You can certainly use an e-nail or a dab rig if you wish, as long as you use a ceramic nail if one is available because they heat up more slowly. 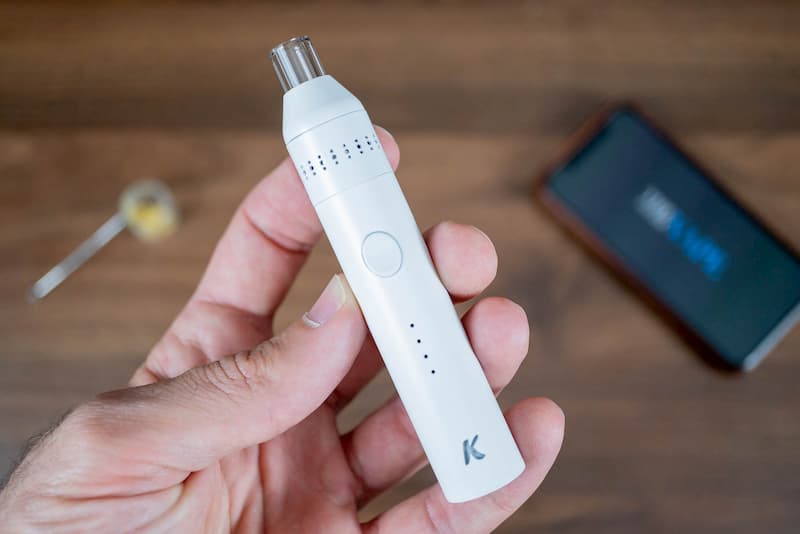 Vape pens like the KandyPens Crystal (Review | Buy) or the Linx Blaze (Review | Buy)  are easily the best devices for low temperature dabbing for a variety of different reasons, but mainly because they are convenient, easy to use, and relatively inexpensive. Vape pens consist of three parts, the battery, the atomizer, which is where the dab is placed, and the mouthpiece. The atomizer—sometimes called the coil—can come in three different types; quartz rod coils, ceramic coils, and quartz coils. The quartz and ceramic coils are actually small basins rather than coils and they are the best atomizers for low temp dabbing.

The reason is that they provide the strongest flavors and are the easiest to use. Quartz rod coils heat up quickly and produce big clouds, but that comes at the cost of flavor integrity. You can certainly dab at lower temperatures using portable dab rigs and e-nails, but with the latter you should use ceramic or quartz nails since, just like with vape pens, those materials produce the strongest flavor. 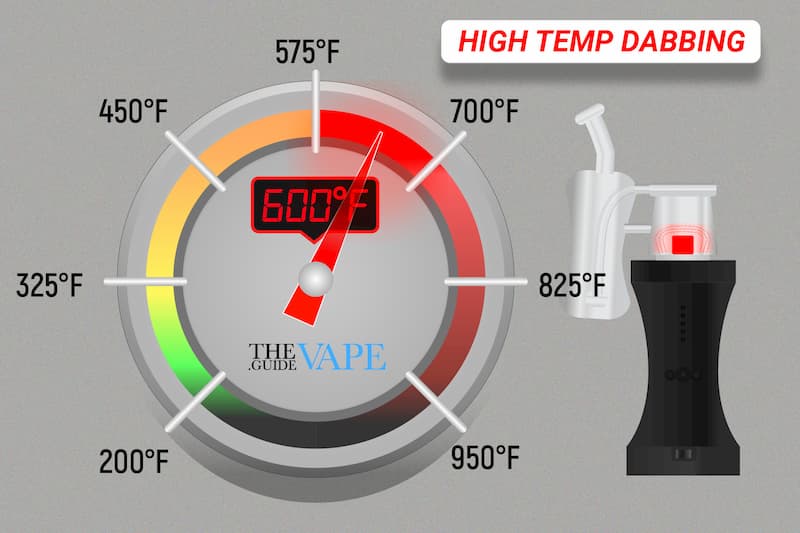 Temperature selection is important in extract vaping because it can have a profound effect on the flavor of the wax, as well as its intensity. As with dry herb, when the wax gets vaporized it produces a vapor, the higher the temperature of vaporization, the more intense the vapor that is produced. That means the high that vapers get from high-temperature dabs is fast and intense. That is the main reason why people prefer to dab at high temperatures. In this case, high temperatures would be anything over 600°F.

When a dab is heated at high temperatures, it is quickly vaporized and all the THC, cannabinoids, and terpenes in it are released in rapid succession, giving the user an intense high as they inhale. However, high temperature dabbing isn’t necessary to release all of the cannabinoids in the marijuana plant. Since the dab is vaporized at such a high temperature, the vapor is hot and harsh as well, which can take some getting used to. Granted, some vaporizers that are capable of high-temperature dabbing have a water bubbler to cool down the vapor, but even then, the vapor can still be uncomfortable to some people.

One consequence of high-temperature dabbing is that the flavor is not as strong. When the wax is vaporized that quickly, the flavor gets obscured by the intensity of the heat and the rush of cannabinoids. Also, some terpenes may get burned away rather than vaporized so the user may not be able to reap their benefits.

The Best Devices For High-Temperature Dabbing

At first, high-temperature dabbing involved the use of a rig with a nail that was heated by a torch. Fortunately, we have moved on from that and technology takes care of the heating now. If you want to dab at high temperatures, then the device that can reach the highest temperature is either an e-Nail or a Dab pen. 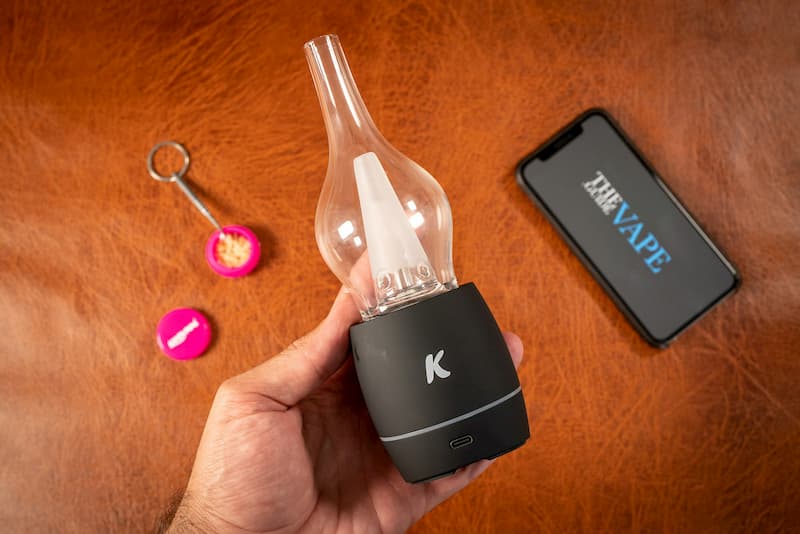 Vape pens– are also very easy to use and they can reach high temperatures with the use of quartz rod coils. These types of coils heat up very quickly, so the more coils there are, the more intense the vapor will be. Anyone who wants to use a vape pen for high temperature dabbing should look for one that has two or more quartz rod coils, such as the KandyPens Amber (Review | Buy) or the Dr Dabber Light (Review | Buy).

The choice also comes down to experience level. Anyone new to wax vaping should definitely start out at lower temperature settings regardless of the vaporizer that they are using. As you get more acclimated to vaping wax, you can try to increase the temperature until you find the setting with which you are most comfortable. Maybe you will find that you enjoy high-temperature dabbing more or perhaps you will stick to low-temperature dabbing. No matter you final choice, you should start out slow.